All Samsung Galaxy S9 Plus Discounts, Offers and Sale - October 2022 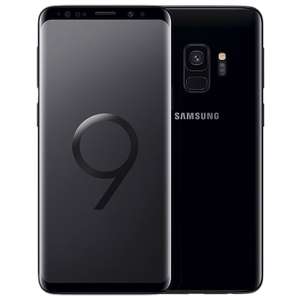 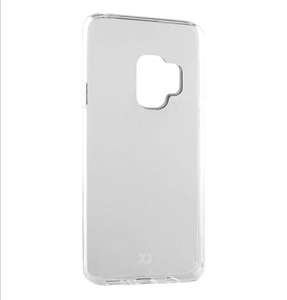 First unveiled in March 2018, the Galaxy S9+ was launched at the same time as the S9 as one of the most advanced Android smartphones on the market. A direct relation to the popular S8 model, the S9+ includes an improved camera and a more convenient fingerprint scanner, as well as numerous smaller features that take it beyond the predecessor.

This buyers guide will introduce the major features of Samsung's baby, and place it alongside the S9, S8 and Apple's rival phones, helping smartphone buyers pick the perfect model for their needs. So read on to find out whether the S9+ delivers everything you want from an Android phone. 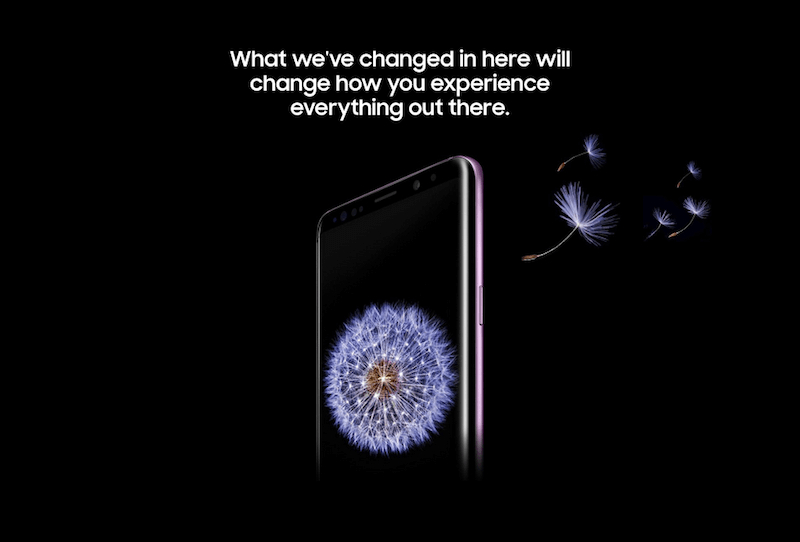 First off, it's helpful to put the S9+ in perspective by looking at the Galaxy family in general. If you haven't owned a Galaxy before, you probably know someone who has. The family of phones has become the world's most famous series of Android devices since being introduced in 2010, and the Korean corporation now sells over 200 million phones every year.

Since then, the Galaxy series has seen new arrivals every year (which is why we're now on the 9th generation). Nowadays, you can purchase S series Galaxy phones, as well as new versions of the Note and even cheaper A class Galaxies. And from the Galaxy 7 onwards, older generations of the phone continue to have their fans.

There were some complications along the way, though. The Samsung Galaxy Note 7 famously had a tendency to combust at inconvenient moments – but these technical issues have been dealt with, resulting in one of the more reliable, technologically sophisticated families of phones around.

Samsung Galaxy S9 and S9 Plus: The Camera. Reimagined.

Buyers should be aware that the S9+ has been released alongside the S9, so you may need to choose between the two. As usual, the S9+ is a slightly larger version of the S9, which is Samsung's trademark style. So there's a major difference in display size, from 5.8-inches on the S9 to 6.2-inches with the S9+. You'll notice that when streaming Netflix shows, but equally the larger size can make the S9+ less portable.

Both models come with the nifty super-slow mo feature, both come with microSD compatibility if you need to expand, and they both increase the stakes in processing, going well beyond the S8 and S8+.

That doesn't instantly make the S8+ a bad phone. Both the S9+ and S8+ have similar designs, with the same water and dust-resistant screens and frames, and the S9+ is actually a little heavier (189g vs 173g). But the S8+ lacks the camera features of the S9+, and it's pretty clear that the S9 generation is a better bet for regular snappers.

Then again, when you place the S9+ vs S8+ phones, you still have a pair of excellent smartphones – and there may be bargain deals for the older S8+ as well.

What Have the Smartphone Critics Thought About the Samsung Galaxy S9+?

The new features and general Samsung engineering prowess of the S9+ have resulted in a warm reception of the phone. Tech Radar are representative of most smartphone publications, giving the S9+ 4.5 stars out of 5 and praising the placement of the fingerprint scanner, the low light camera and the beefed up speakers. Trusted Reviews had a similar opinion, noting the OLED display and the general feel of the phone, along with the camera (though they weren't so taken with the animated emojis). And the UK-based publication Tech Advisor gave the S9+ a 9 out of 10, calling it “a gorgeous and almost flawless phone, offering premium specs and features in a sleek and well-made design.”

Then again, it hasn't been an unqualified barrage of praise. Most commentators have mentioned how similar the S9+ is to the S8+, and questioned whether upgrades are strictly necessary. Some like Techspot feel that the current Galaxy range is a little too fragile compared with Apple devices, while the Exynos processor inside the S9+ has come in for criticism, performing poorly in benchmarks against devices like the Google Pixel.

What Versions of the Samsung Galaxy S9+ Can You Purchase?

As ever, the Galaxy S9+ doesn't have a one size fits all template, and you'll find a variety of different buying options. The major variation is storage size, with 128GB and 256GB versions available. So let's look at what they offer and whether you need the extra space.

Whether you opt for the 64, 128 or 256 gigabyte version of the Samsung Galaxy 9 Plus, it helps to be aware of the phone's specifications when comparing it to the competition, so here they are:

How Does the Galaxy S9+ Stack up vs iPhone X Smartphones?

For many buyers, the question is whether to upgrade to a Samsung Galaxy S9+ or Apple's iPhone X. Both are top of the range phones, and both come with a big price tag, so it makes sense to choose wisely if you're committed to splashing out.

If you're into photography and video, the S9+ is tough to beat, with its dual lens camera, excellent low light capabilities and (though it's more of a novelty), the super-slow motion feature. So if you regularly share images and video with friends or really value crisp pictures from holidays, the S9+ is probably a slightly better bet than the iPhone X. And the S9+ also comes with a 3.5mm headphone jack – something which Apple have famously done away with. So if you're keen to plug in older headphones, the Galaxy phone is the way to go.

On the other hand, the iPhone X scores highly in a number of areas. The display is generally thought to be superior, delivering clearer video streams (a big plus for Netflix fans), and the colour saturation is definitely a step up on Samsung's latest phone. And the iPhone X also beats the S9+ in processing terms. When using memory heavy apps and multitasking, you may well notice a significant speed gap between the two, which is worth bearing in mind.

Then there's the age-old Android vs iOS debate. By now, most smartphone users have decided where they stand on this, so if you're more comfortable with Android, go for the S9+, and if you're an iOS fan, the iPhone X is the phone to choose.

But in reality, both phones operate at a very high level, and there's not a huge amount to choose between them.

How Does the S9+ Compare vs Note 8 Devices?

There's one more comparison that smartphone buyers might need to consider: how the S9+ stacks up against the Samsung Note 8. The Note series is more of a phablet-style phone, with larger screen size and weight. So if you value bigger displays and more room to arrange your web surfing, app-using and video watching, Note phones are usually a better option.

But this has been becoming less clear in recent years, as the standard Galaxy phones have converged with Note phones in terms of size and capabilities. For instance, the S9+ is fractionally smaller than the Note 8 and also slightly lighter. But it comes with the dual lens camera and speed improvements we've already mentioned.

On the other hand, the Note is equipped with Samsung's S Pen – a stylus accessory which gives the Note series extra features (generally related to business uses). It's a small bonus for everyday users, but might make a difference for professionals.

Finally, it always pays to remember that Samsung stagger the release of their phones. So you may want to wait until the next Note arrives later in 2018, and buy around Black Friday (which you might want to do anyway to save some cash). Until then, the Note 8 is a fine phablet device, but the 9+ matches it in most regards.

Whether you choose to buy the 128 gigabyte or 256 gigabyte Samsung 9+, it's always important to find the best possible price. We're talking about phones at the high end of the price range, so saving money really matters.

As with all phones, there's the question of pay monthly vs pay as you go deals. You may find a great handset only deal for the S9+, but some contracts offer generous replacement terms (handy when the S10 inevitably surfaces).

Whatever option you go for, hotukdeals is the place to look. Our listings cover all of the UK's biggest smartphone retailers, with merchants including Amazon, mobiles.co.uk, Virgin Mobile, Toby Deals and Chitter Chatter. From high street retailers to new online sellers, our members constantly post the latest deals, allowing you to highlight the cheapest Samsung 9+ deals and take advantage of them when they appear.

But it might not be the best idea to make a purchase straight away. By all means do so if a great deal arises, but you could hold off until Amazon Prime Day (in mid Summer) or Black Friday (in November) when prices can fall dramatically.

The Samsung Galaxy S9+ is a high end smartphone with one of the finest cameras on a digital device. Beautifully constructed, powerful, and full of features that make it secure, accessible and fun to use, the S9+ builds on what has made the Galaxy series a worldwide phenomenon. If you want to find out what the fuss is about, get hold of a phone for the lowest possible price at the Samsung Galaxy S9+ hotukdeals listings.