From launching all-out war against Bowser in Super Smash Brothers Ultimate, to crafting whole new cities in Minecraft; from exploring the outermost limits of Hyrule in Breath of the Wild, to catching every single Pokemon, the Nintendo Switch offers endless experiences that gamers will adore. Find the ideal game for any situation, and do so for less with the constantly updated Nintendo Switch games offers in the hotukdeals listings. 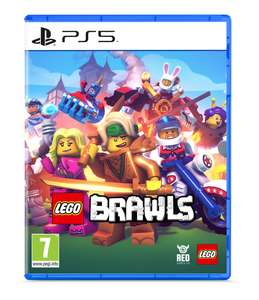 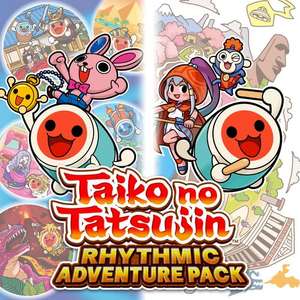 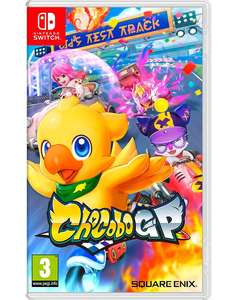 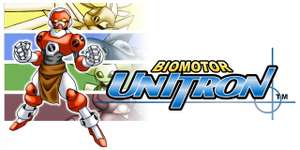 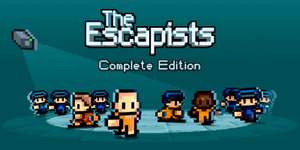 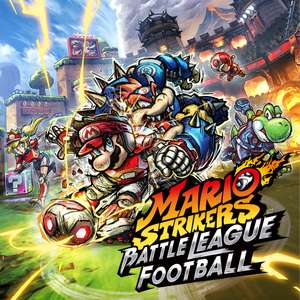 Add to Your Collection at the hotukdeals Nintendo Switch Games Listings

Introduced in 2017, the Nintendo Switch features a high-resolution touchscreen and paired “JoyCon” controllers, which can be detached from the games console. Capable of mobile play or in conjunction with widescreen TVs, the Switch maximises gaming flexibility – something that has helped to make it a hit with UK families. But the real strength of the Switch has been its games. The console has seen some true masterpieces, from Zelda: Breath of the Wild to Super Mario Odyssey. So let's explore them and find ways to build your library for less.

Reviewing the Nintendo Switch – a Family System that's Still Worth the Money?

By now, the Nintendo Switch is starting to feel a little old. After all, the console first saw the light in 2017, although the Lite upgrade did appear more recently, in mid-2019. However, the console still has an army of fans, and it continues to be more than powerful enough to deliver unforgettable gaming experiences. And it's particularly popular among kids, thanks to titles like Super Smash Brothers, Splatoon, Fortnite (of course), and Minecraft, which works really well on the system. So the bottom line is that there still isn't really a console quite like the Switch, and it continues to offer the best option for families and children who want to avoid excessive violence.

Nintendo's quality control has also been tight, ensuring that the Switch games library, while not especially large compared with PCs, Xbox consoles or the PS4, is stuffed with high-quality titles. It's harder to waste money on a Switch game that you hate than it is with other systems, purely because Nintendo are careful to curate the titles available. If they don't measure up, they rarely receive official backing. All of this has meant that the critics have been kind to the Switch. From Tech Radar praising Nintendo for “knocking it out of the park”, to Trusted Reviews highlighting its “truly incredible games”, reviewers have usually been very positive, and that's our experience too.

Which Exclusive Games are Better? Switch vs PS4 and Xbox One

Generally speaking, Switch exclusive games are better-suited to kids, with less violence and cartoonish graphics. For raw gameplay, the PS4 and Xbox One usually win out.

This is the conventional wisdom regarding the Nintendo Switch, and a few years after the console's release, it still holds true. Nintendo developed the system as a multiplayer option for families, not a console to push the boundaries of Call of Duty, or even sporting titles like FIFA. Instead, the Switch has received exclusives that mix humour, colourful graphics, old school gameplay, and clever reinventions of Nintendo's familiar characters. This makes many of them as fun for parents as they are for kids, and really makes multiplayer gaming a lot more fun. Games like Mario Kart 8 Deluxe are made for contests with kids (or between siblings), in a way that most PS4 or Xbox games aren't.

The Switch also comes with a unique controller system – the Joycon – and this means that some titles work better on Nintendo's system than others. If you become immersed in an RPG like Zelda or Dark Souls, and want to play in your bedroom or in the garden, the portable screen allows you to do so, while other consoles remain tethered to TVs. So Switch exclusives can be better for families where the TV is constantly in use for other purposes – a key selling point of the console as a whole.

However, there's no denying that Sony and Microsoft's consoles are more powerful. If you want 4K space dogfighting or apocalyptic deathmatch action, the Xbox and PS4 will be better options (or, better yet, next-generation systems just over the horizon).

All of the series below are Switch exclusives, meaning that they have only been released for the Switch, and can't be played on any other systems. Most are extensions of existing Nintendo franchises, such as Zelda or Mario, but offer distinctive and usually much-enhanced gaming experiences. So even if you have played every other Zelda game to death, Breath of the Wild (and, potentially, Breath of the Wild 2) will feel new.

All of these series have Switch exclusives, meaning that they have only been released for the Switch, and can't be played on any other systems. Most are extensions of existing Nintendo franchises, such as Zelda or Mario, but offer distinctive and usually much-enhanced gaming experiences. So even if you have played every other Zelda game to death, Breath of the Wild (and, potentially, Breath of the Wild 2) will feel new.

They aren't the only games available for the Switch, however. Although the console is best known for its accessible exclusives that tend to be suitable for youngsters, the Switch has also received versions of FIFA 20 in a slightly stripped-down format, as well as popular non-exclusives like Dark Souls Remastered, Hollow Knight, and the mech-themed strategy title Into the Breach.

Here are some of the main exclusive Nintendo Switch Games UK gamers should check out:

Here is the easiest way to download Nintendo Switch Games:

Switch Gaming Accessories that You Won't Want to Miss

Some of these accessories are practical necessities for serious Switch gamers (such as screen protectors, cases, charging stands and headsets/phones). Some fall into the merchandise category – and there's a lot of Switch merchandise to choose from if that's your kind of thing. But all of them will help to enhance the enjoyment you get from your console, and may even keep it in working condition for longer. So don't forget to give accessories a quick browse when looking at a Nintendo Switch games sale.

Here are some key Nintendo Switch game accessories you might want to purchase:

Most do, but not all. Only games available in “handheld mode” will work with the Switch Lite. However, this should include around 90% of all titles. Just double-check before buying to avoid disappointment.

No they aren't. Virtually all Switch games will work virtually everywhere, with the slight exception of Splatoon 2, which comes in locked versions for Japan. Anything else should be fine wherever you are.

What Nintendo Switch games are multiplayer?

Does the Nintendo Switch have a touchscreen?

Yes, the Switch uses a capacitive touchscreen that's similar to the screens found in most smartphones.

Are Nintendo Switch games on discs?

No. Switch games can either be downloaded, or they come in small gaming cards, which are essentially an updated version of classic console cartridges.

Do you need to use the controls on the Nintendo Switch?

No. Nintendo has also released a joypad-style controller called the Switch Pro Controller for people who find the Joycon cumbersome.

Where can I find a Nintendo switch games upcoming titles list?

The best way to stay in touch with future games is to bookmark the Upcoming Games section at the Nintendo Store.

Advice for Buyers: How to Find Cheap Nintendo Switch Games Every Time

The Nintendo Switch has been a massive success in the UK, offering experience gaming fans some amazing new titles to explore, while making life simpler for families who need to entertain demanding young children. And with titles as diverse as Super Smash Brothers Ultimate, Astral Chain, and Mario Kart 8 Deluxe available, there are sure to be games to suit anyone's tastes.

However, building a Switch games collection can be an expensive hobby, so knowing how to find Nintendo Switch games deals is absolutely essential. Fortunately, there are plenty of ways to do so, no matter what game you are looking to purchase.

The most important thing to know when finding affordable games for the system is where to buy Nintendo Switch games cheap. You don't just have to browse on Nintendo's own platform (although that can be a good source of deals). There are many other merchants in the UK who run Switch games sale promotions, or schedule savings for key accessories.

Digital downloads can only be made via the Nintendo eShop, which has a regularly updated deals section. The savings on some titles can total 75% so it's a good place to start. But don't neglect alternative retailers. GAME offers plenty of cut-price Switch titles (with extra discounts for pre-owned games). And merchants like Argos, Currys PC World, Very, Amazon, and even eBay are worth a look.

But it's not really a good idea to bookmark all of those retailers and check them one by one. Instead, the best way to stay on top of current discounts for cheap Switch games is to use the hotukdeals Nintendo Switch listings. Our listings bring together the UK's major gaming retailers, describing current discounts and bundle deals, and making it easy to redeem them whenever they appear.

Choosing the right retailer is only half of the story, though. For example, other considerations may apply if you haven't yet actually bought a Nintendo Switch. In that case, browsing hotukdeals for the right Nintendo Switch games bundle is the right way to go. A well-chosen bundle can include some of the best Nintendo Switch games (such as Mario Odyssey or Minecraft), the console, controllers, and cabling required to get underway – with big savings compared to buying everything separately.

It may also be possible to save if you time your purchase skilfully. Black Friday and Cyber Monday in November always see big Nintendo reductions, both for consoles and games, so delaying until the pre-Christmas period could be a good call. But Amazon Prime Day and the New Year are good bargain hunting opportunities too. In any case, you'll find every deal whenever it's announced at the hotukdeals Nintendo Switch games listings.

Nintendo's Switch console was brilliantly conceived. Mixing handheld gameplay and innovative detachable controllers, with formidable graphics, and the ability to download titles or play online, the Switch has been a fitting successor to the Wii U. But it would be nothing without an amazing games library. Luckily, developers have created some masterpieces for Nintendo's portable console, from Breath of the Wild's expansive Hyrule environment, to sci-fi epics like Astral Chain. Whether you want a fun family title like Mario Kart 8 or some FIFA 20 action, they can all be found for less at the hotukdeals Nintendo Switch games listings.