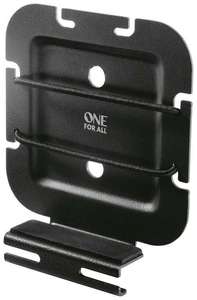 421° Expired
Posted 12th AugPosted 12th Aug
One For All WM5221 Media Player Bracket £1.72 Free Click & Collect @ Argos£1.72Argos Deals
The One For All media player holder is ideal for small devices, such as media players, Apple TV, hard disc drives, remote controls or headphones. You can simply attach it to the back of your… 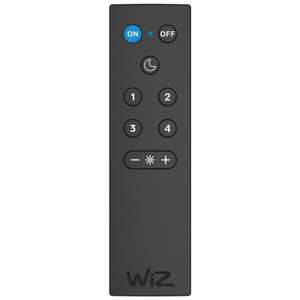 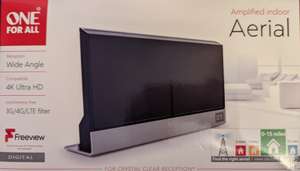 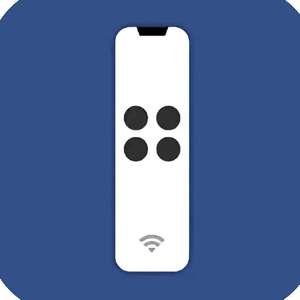 360° Expired
Posted 5th JulPosted 5th Jul
Remote Control - Temporarily free for iOS @ AppStoreFREE£8.99App Store Deals
If you are using your computer to watch movies or listen to music, this app is for you. Turn your iPhone or iPad into a friendly yet powerful remote control for your computer. Control you… 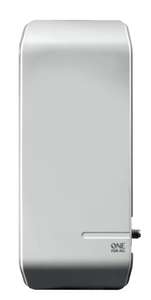 Remote controls are deceptively simple devices, and something that we tend to take for granted. Basically, all they are is an interface between the human body and devices that could be five or even thirty feet away. By sending digital signals, remotes can tell your TV, or even your fridge, to carry out certain actions, saving you the effort of getting up and doing it yourself. It’s hard to imagine how much effort remotes have saved us in the past, but for most of us, it’s easy to recall the frustration of having our remote break down.

Whether you need an all-purpose remote for multiple devices, a device specific remote or a remote for gaming consoles, this buyer’s guide will lay out your options and help you find the perfect remote control for your individual needs. 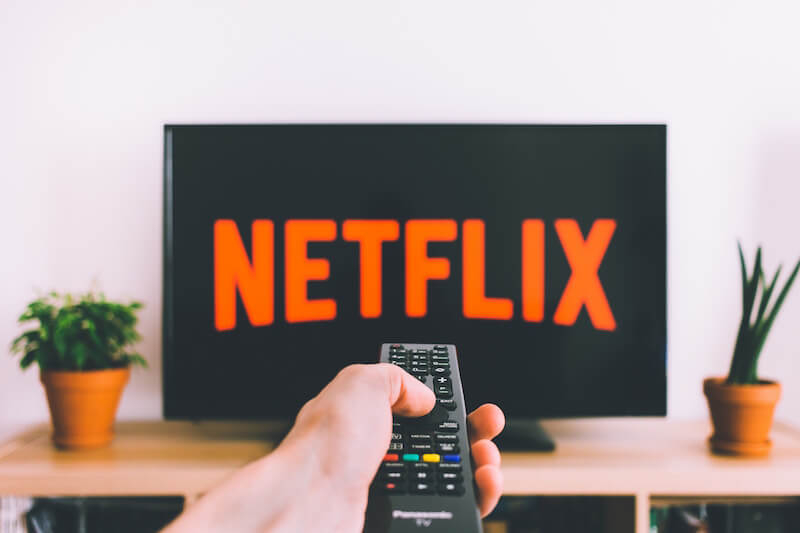 Mediator Between Human and Machine

Amazing though it may seem, the concept behind remote controls has been in circulation since 1894, when physicist Oliver Lodge discovered a way to wirelessly transmit digital signals. A couple of years later, radio inventor Guglielmo Marcono astonished spectators in London by pressing a button and making a bell ring without any visible connection.

By the 1900s, pioneering scientists like Leonardo Torres Quevedo were wowing the public by piloting model boats into harbour while standing on the quay, while the 1930s saw the introduction of remote controlled planes for the first time (the first aerial drones, in a sense).

However, it took until 1950 for Zenith to introduce the first television remote, and until 1955 for the first wireless TV remote to appear (the “Flashmatic”).

The development of remote controllers in the UK was stimulated in the 1970s by the popularity of information services like Ceefax, which required a more complex set of buttons and commands. After that, the range of options on a standard controller became increasingly impressive, with fast forward and rewind, menus, volume and brightness alongside the core number (and sometimes letter buttons).

The 90s saw the basic controller joined by genuine multi-device (or universal) controllers as well as programmable smart controllers that could be connected to PCs and given specific code to interact with other devices. During this period, the previous audio transmission technique, which used ultra-high frequencies to communicate with TVs, was replaced by infra-red light, which remains the current standard.

How Do Remote Controls Work?

The vast majority of modern remote controls use infra-red light to establish a connection between the remote unit and the target device. When you press a button on the control, the unit creates a pulse of infra-red light which cannot be seen, but is received by the target. The trick is to create specific infra-red patterns for each button. That way, the TV or gaming console can discern whether you are changing channels or altering the volume.

Other remotes use radio-based transmission techniques including Bluetooth or ZigBee – which is commonly used with car door locks and garage doors, but these are rarely applied to home entertainment systems. 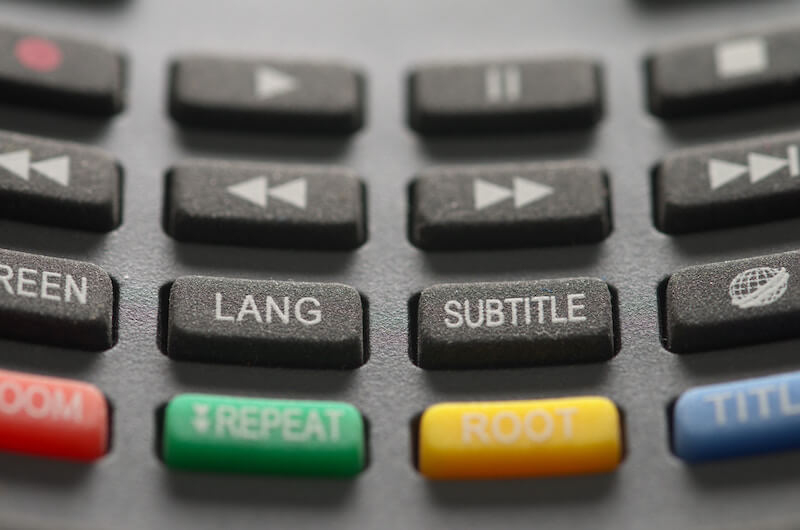 The Many Different Types of Remote

At HotUKDeals, you’ll find a vast selection of deals on remote controls of all varieties, and finding exactly the right model for your device can be a tricky procedure. Here are the major types and what to look for when choosing one that works for you:

5 Remote Control Specifications to Look Out For

Whenever you come to purchase a new TV remote, there are certain things to look out for. When you browse the HotUKDeals listings, make sure that you have an eye on these attributes, as they can make a big difference to how useful the remote actually is.

Can Your Remote Control Be Repaired?

Sometimes, remotes stop working for mundane reasons. The infra-red light could have failed, or a button or two has worn out. In the vast majority of cases, users instinctively respond by purchasing a new controller, but is this really the only option?

Not at all. Many remotes can be easily repaired at a lower cost than buying a high-end modern alternative, and some of the fixes can even be carried out at home.

If your remote isn’t working, the first thing to do is check the infra-red transmitter. You can do this surprisingly easily, simply by looking at it via a digital camera (which can pick up infra-red light).

If the light doesn’t flash when the buttons are pressed, you’ve got a faulty infra-red light. All that you need to do is ask a repair shop to install a new one.

If that doesn’t work, there’s a good chance that the problem is internal (if the batteries haven’t run out – something that you also need to check). It could just be a dirty circuitboard, and repairers can remedy this in no time.

So, if you have a remote that you like, and don’t fancy the idea of spending money on a more up to date model, repair is definitely an option. If not, replacement can be carried out as cheaply as possible with the help of HotUKDeals, where you may well find replica of your favourite controller at a bargain price. 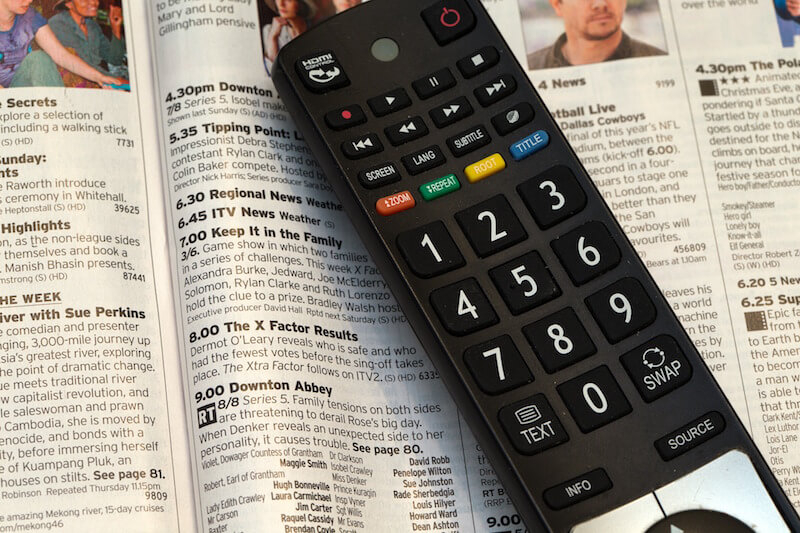 How to Buy and Get the Most From a Wii Remote

Earlier on, we mentioned the Wii Remote. As it’s the main controller for Nintendo’s popular console, it really demands its own section.

The unique thing about the Wii Remote is the way it blends the accessibility of classic remote controls with the gaming features of a conventional gamepad and advanced motion sensing technology. As you move your arm in tennis games, the Wii Remote can track its trajectory, translating your movement into shots on a digital tennis court – something that never fails to impress gamers.

If you have a Wii U or a Wii Switch, there are plenty of ways to enhance the basic Wii Remote. Here are some of the most popular options:

What About Smart Devices? Are Remotes Becoming Obsolete?

The rise of smart technology is making it possible to control a vast range of devices from your smartphone, including speakers, fridges, cookers, windows, locks, security systems, TVs, lights, radios and media players. The question for remote buyers is, with so much technology becoming “smart”, is there really a place for advanced remotes in the home of the future?

Many people think that the remote’s days are numbered, and that smartphones will inevitably make them obsolete. After all, when you can browse TV listings, access reviews, and queue recordings from your phone, it seems natural to use it to turn your TV on or off and to change channels.

However, the remote is still very much alive and well. Smartphones generally still struggle to interact directly with TVs in the way that infra-red remotes can do. Then again, some models like the Samsung Galaxy and LG’s most recent models are equipped with devices called IR Blasters, which can send infra-red signals to TVs. Some smart TVs come with apps that allow you to use your phone to control them via your domestic wi-fi network. If this trend continues, remotes will have a limited shelf life.

Whether or not you choose a universal remote or try to use your smartphone will depend on familiarity and convenience more than anything else. Yes, smartphones are developing into substitute remotes, but many of us are used to old-style remote controls that are designed for TV operation, and nothing more. With a specialist design, they make it easy to focus on changing channels, running DVDs – without the distraction of web browsers and call notifications. 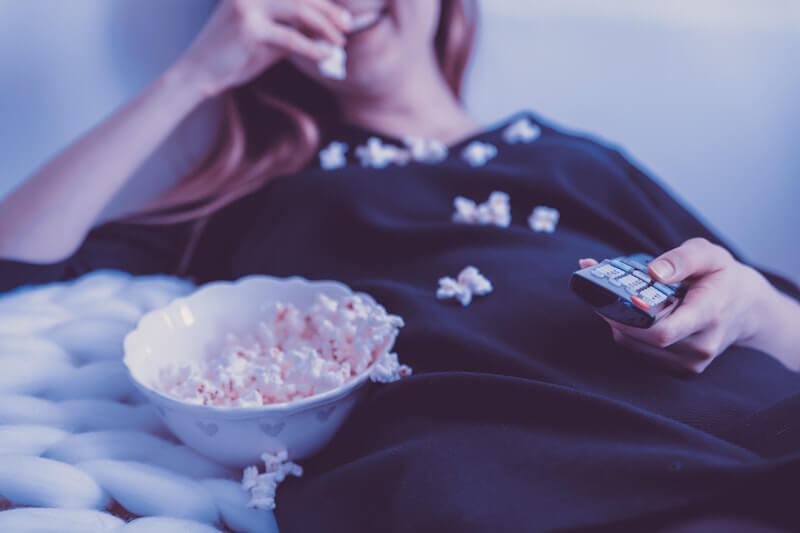 How to Buy a Remote at the Best Price

Whether you are looking for an ultra-modern touchscreen equipped universal TV remote, or a new Wii Remote with a Zapper accessory, HotUKDeals is the first place you should look before making a purchase.

At the HotUKDeals listings, you’ll find TV remotes from manfacturers like Samsung, Sony, Amazon, Sky, Panasonic and BT, with device-specific and universal remotes all thrown into the mix. There are also plenty of gaming remotes on offer from Nintendo, Sony and Microsoft, as well as DVD and Blu-ray and Hi-Fi remotes as well.

Customers in the UK have plenty of merchants to choose from as well, so shop around. With options including John Lewis, Richer Sounds, Currys, Argos, Amazon, HMV, Gearbest, Very, Tesco and Price Drop UK, it makes sense to check them all to ascertain whether they are running promotions on the remote you’d like to buy.

Check the listings as major retail events loom as well. For example, November’s Black Friday and Cyber Monday events always see remotes drop in price, as do the January Sales.

Shop savvy, find the specifications you need and check that your remote is compatible with your TV or gaming console, and you won’t have any problems finding remote deals that slash the price of home entertainment.

Make Big Savings with the Universal Remote Offers at HotUKDeals

Remotes are a huge part of the world of home entertainment. Without them, imagine how much effort it would be to change channels, start DVDs or access streaming services. Finding the right remote is essential, and you’ll find hundreds of deals at the HotUKDeals remote listings, the best place to shop for discounted home entertainment products.