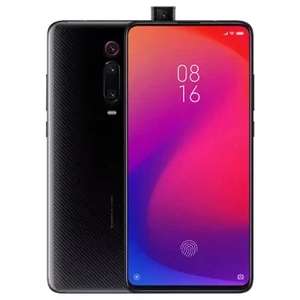 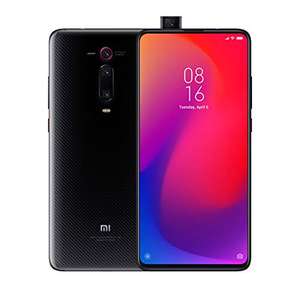 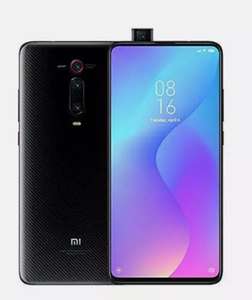 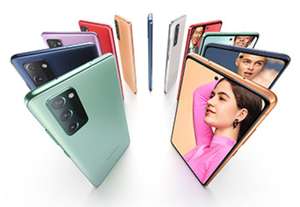 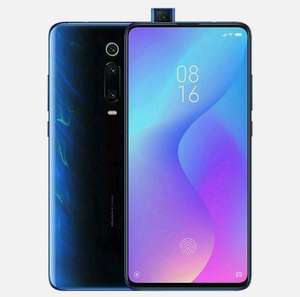 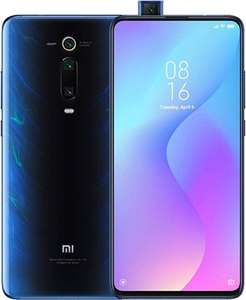 Could the Xiaomi Mi 9T be another winner from one of the world's fastest-growing consumer electronics companies? Launched on August 20, 2019, the Mi 9T is the latest in Xiaomi's Mi collection of Android smartphones. Affordable, and packed with features, on the surface, this phone offers a wide range of benefits that UK buyers will love, but as we know, it always pays to take a closer look.

With that in mind, this buyer's guide will provide all of the information about the Xiaomi Mi 9T UK customers could need. We'll run through the key features of the phone, its specifications, review feedback, and ways to make a purchase. And of course, we'll point out where to find the best Xiaomi Mi 9T Deals. But before all that, let's take a step into history, to put Xiaomi's new device into perspective. 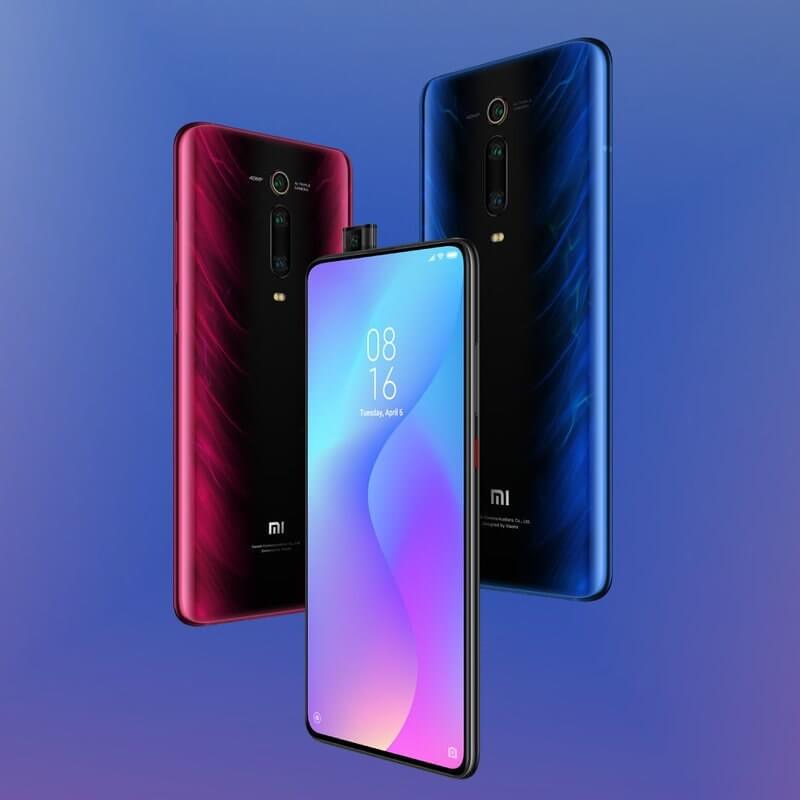 The Story Behind the Xiaomi Mi 9T

Xiaomi's rise has been astonishingly fast. Although the brand is becoming famous across the world, it is only around 10 years old, having been founded as recently as 2010. Seeing a gap in the market for Chinese-manufactured devices that imitated (and sometimes bettered) the creations from established brands like Samsung, Sony, and Apple, Lei Jun and his partners formed the company in south-eastern China.

It quickly found its niche, coming up with a proprietary version of Android (Miui), and smartphones in its Redmi line that sparked consumer interest far outside China's borders. However, the first few years of Xiaomi's life were spent building a customer base in Asia, and its North American and European operations were virtually non-existent. This all changed in 2018, when the firm made a strategic decision to launch in the USA. Stores in the UK and France soon followed, and Xiaomi's range of smart tech, TVs, and smartphones started to find audiences one very continent.

At all stages, Xiaomi has maintained solid growth by mixing high-quality materials and engineering, with prices that undercut the competition, sometimes by hundreds of pounds. Unlike other budget phone brands, this hasn't resulted in too many controversies or broken promises. Instead, the company has eaten away at the dominance of the smartphone elite, with its Mi and Redmi devices. And 2019's Mi 9T represented another step forward in its attack on the position of Apple iPhones and Samsung smartphones.

The Xiaomi Mi 9T is an Android smartphone, which has been introduced at a lower price point than the Mi 9 (launched in March 2019), but with broadly comparable features. To get us started, here are a few key elements that users will discover when they fire up the phone:

On the negative side, the Xiaomi Mi 9T does not support 5G networks. This isn't a fatal flaw, as it does accommodate everything up to 4G, which remains the industry standard. But it's not cutting edge as far as networking is concerned. 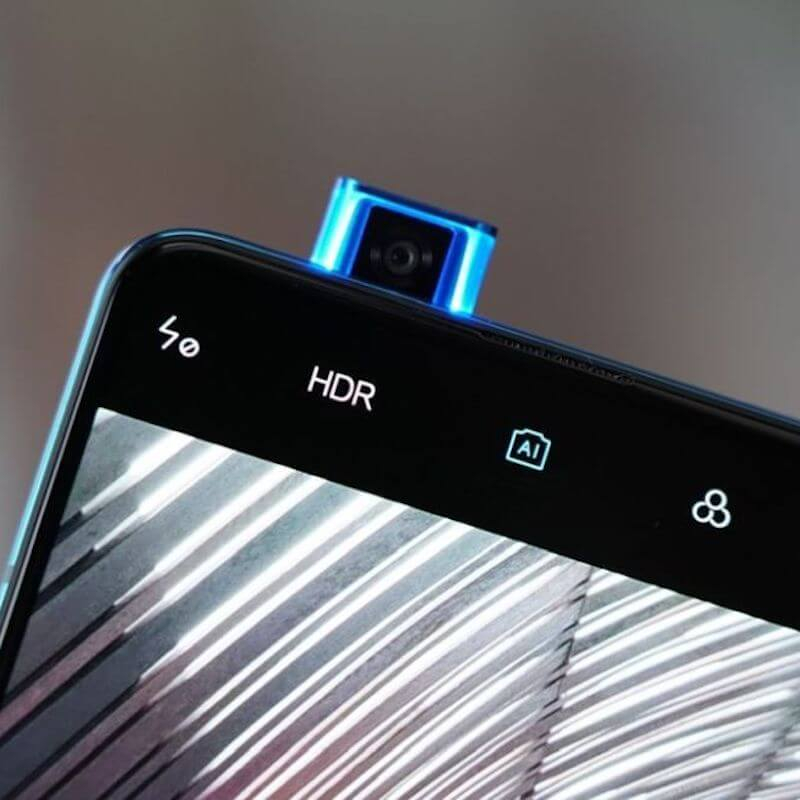 Those features position the Xiaomi Mi 9T in the upper reaches of the mid-range smartphone segment, but as usual, a full run-down of the phone's specifications will provide a better snapshot of what it has to offer, so here they are:

There are a couple of different versions of the Mi 9T, and prices will differ between them, but not by too much. However, there are some things to keep in mind when selecting the right deal to go for.

What About the Xiaomi Mi 9T Pro?

At this point, we should also say something about the Mi 9T Pro. Designed to be a slightly more powerful version of the standard 9T, the Pro was scheduled for a similar release date, but its introduction was delayed in Europe. If you can find 9T Pro deals, expect a few key differences with the basic model.

Most importantly, the 9T Pro comes with a 2.84GHz Snapdragon, offering significantly more power for gaming and streaming. Aside from that, expect a slightly boosted GPU, but similar RAM and onboard storage. Fundamentally, the Pro won't be a huge step up on the standard 9T, so don't worry about being left behind if you snap up a 9T before the Pro lands in the UK. 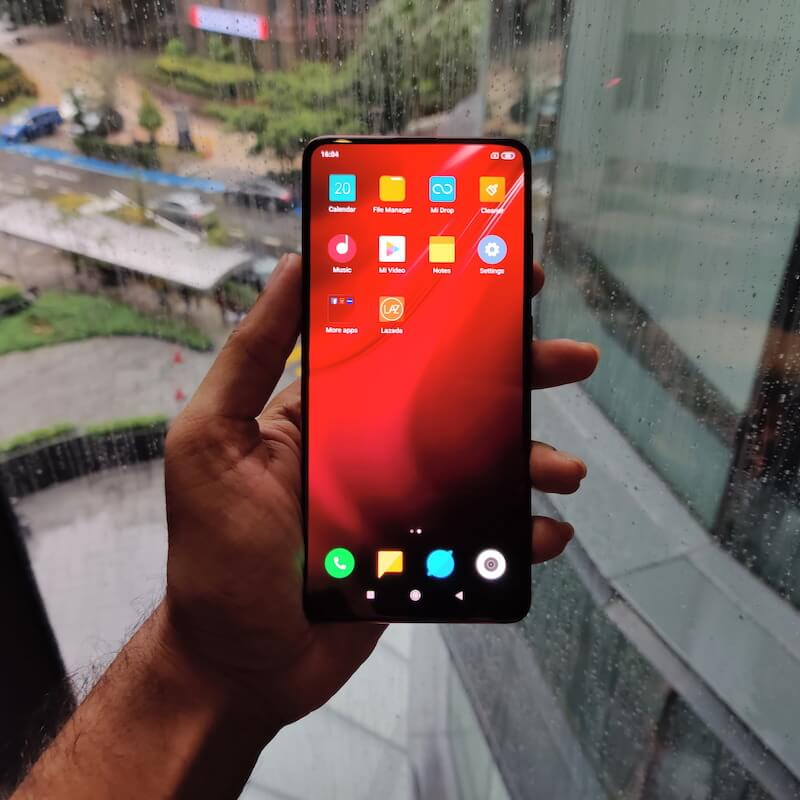 When new phones are launched in the UK (or anywhere else for that matter), an army of experts get to work, assessing their merits and weaknesses, and providing invaluable feedback for buyers about whether to upgrade, or hold off for a newer model. The Xiaomi Mi 9T is no different, so let's have a brief look at what the tech press has made of its features and performance.

As Tech Advisor puts it, the 9T has “nailed the mid-range” segment of the smartphone market. Its reviewer highlighted a variety of features for praise, including the battery capacity, the decision to include a 3.5mm jack, the handy pop-up front camera mechanism, and the general quality provided by the AMOLED display.

This response was echoed by Notebookcheck, who liked the notchless design and the addition of the headphone jack, along with the premium feel of the 9T's casing. But there were a couple of criticisms. The use of older USB-C 2.0 raised an eyebrow, while the absence of an IR transmitter also slightly limited the functionality of the phone.

Overall, though, the conclusions of the magazine's reviewer were very positive. And that's the basic consensus so far. Comparing well with the Mi 9 and other mid-range 2019 releases, the Mi 9T isn't cutting edge, but it's very capable, well-designed, and excellent value for money.

Unfortunately not. The 9T has not been engineered to deliver the highest standards of water resistance, which is a shame. It doesn't have an IP rating (which isn't unusual for Chinese-made smartphones), so there's no way to prove exactly how the phone would fare underwater. But the absence of rigorous testing suggests that it's not top of the line in this regard.

Some experts have put the phone through its paces, and the results weren't great. When submerged for relatively short periods, the 9T's selfie camera failed, while the screen started to degrade. The cameras have been flagged as vulnerable to dust infiltration, and even a few splashes can render them inoperable. This doesn't mean that the Xiaomi Mi 9T is unusable. Far from it. But it does mean that owners need to take care when using it.

Even though the Mi 9T is relatively affordable, keeping your phone safe from smudges and internal damage is all-important. All smartphones need to be kept safe from dust and water damage, but some are more vulnerable than others, and smartphone accessories can help.

If you're worried about protecting your phone against the elements, or sudden falls from height, a Xiaomi Mi 9T case will be a smart investment, and buyers should find plenty of options at hotukdeals.

Some people may be content to stick with the case that ships with the Mi 9T, but good cases offer more than just protection. They can enhance the look and feel of your phone as well. Take Olixar's carbon fibre cases, for example. Reinforced to absorb any drops or sudden impacts, the cases have high-grip surfaces, and are perfectly proportioned for a snug fit.

And Olixar is far from the only Mi 9T case to check out. At the hotukdeals Mi 9T sale, you'll find beach bag style holders from Goobay, super sturdy Ringke cases, and eye-catching coloured designs from iBetter. Shop around and find a few options, and you'll be all set to keep your 9T in great shape for as long as possible.

Charging is always a major part of using any phone, and premium models have taken things up a step via wireless charging systems. They can make life more convenient, there's no doubt about that, but wireless charging isn't essential. Xiaomi have decided to leave it out of their 9T designs, opting instead to focus on fast-charging batteries. And as speed of charge is often more critical than avoiding cables, that's not a bad decision. 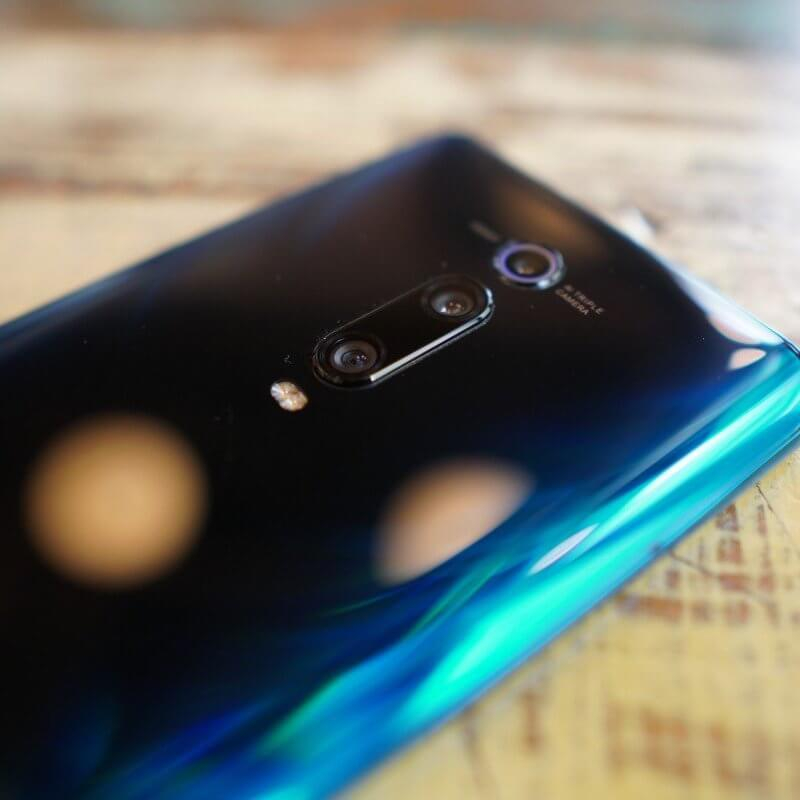 Before we look at how to find great Xiaomi Mi 9T sale bargains, it's important to set the phone alongside the Mi 9 – it's immediate predecessor in Xiaomi's Mi family. Released in early 2019, the Mi 9 has a few strengths, and a few weaknesses compared to the 9T that buyers should be aware of.

Both phones have the same screen size (6.39-inches), although the Mi 9 is slightly thinner and, as a result, somewhat lighter (at 173g compared with 191g for the Mi 9T). Processor-wise, both come with fast Snapdragons that have comparable speed ratings, and both run the same Android 9.0 (Pie) build, with MIUI 10 as a front end. So far, so similar.

The Mi 9 comes with 128GB storage as standard, which is more than the 64GB included with most 9T models, but its RAM is identical. So performance will most likely be very similar no matter which model you choose.

There are some differences in the battery area, with the Mi 9 including an under-sized 3,300mAh battery, and the Mi 9T upping that to a generous 4,000mAh. That can make a lot of difference when watching TV during long bus journeys. And the Mi 9 doesn't have a 3.5mm headphone jack, opting for USB Type-C instead (which the 9T also has). So audio fans may prefer the 9T on that basis.

Cameras are almost identical, with triple arrays on the back and a 20MP selfie camera on the front. But the Mi 9 holds its selfie camera in a notch at the top of the phone, while the Mi 9T uses a pop-up selfie camera, allowing the designers to maximise screen space. That can be very handy for watching movies and gaming, erasing what could be an annoying distraction.

When you weigh up the specifications, both phones are strong mid-range contenders, but the 9T has a slight edge (and should do, coming 6 months after the Mi 9). Moreover, the Mi 9T retails for marginally less than the Mi 9, although that can change due to promotional sales. But in either case, purchasers will enjoy a high-quality, affordable smartphone.

How and When to Find Xiaomi Mi 9T Deals

Xiaomi has made a name for itself by taking the style and specifications of elite smartphone manufacturers, and finding ways to emulate them at much, much lower price points. The Xiaomi Mi 9T continues that tradition, offering excellent photography features, solid performance, and extended battery life. So it's bound to find an audience in the UK.

However, while 9Ts aren't expensive compared to iPhones or Samsung Galaxies, they aren't the cheapest phones available. And when you add in contracts, accessories, and warranties, the cost can spiral – if you shop in the wrong way. But if you're wondering where to buy Xiaomi Mi 9T phones, your search is at an end. hotukdeals has the answer.

Our Xiaomi Mi 9T listings include the latest discount codes and money off deals from leading UK merchants, including Mobiles.co.uk, Carphone Warehouse, Very, Argos, John Lewis, Currys PC World, Amazon, and plenty of others. We've also got contracts and SIMs covered, with deals from EE, O2, Sky Mobile, and any mobile network you could name. So if 9T deals appear, you'll find them in our listings.

Feel free to dive into the listings now to snap up a deal. But it may be worth waiting for even better offers to come around. Xiaomi's phones tend to be heavily discounted around Amazon Prime Day, but even more so when Black Friday and Cyber Monday arrive in November. Check back with hotukdeals then, and you'll find a wide choice of discounts, both for handsets and accessories.

Xiaomi mixes mid-range price points with high-end features, and the Mi 9T smartphone is no exception. Offering advanced triple-lens photography with all manner of image manipulation tools, it's a selfie lovers' dream. And it mixes camera skills with a speedy CPU and graphics processor, making it ideal for gaming, surfing the web, or streaming. So head to the hotukdeals Xiaomi Mi 9T listings to find the lowest prices for one of the year's most eagerly anticipated phones.