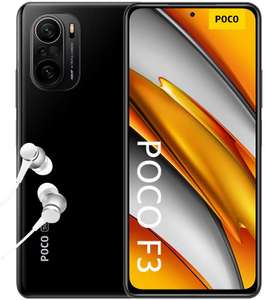 I managed to get two ordered earlier this afternoon. One for me and the missus. Upgrade from a MI 9t Pro. Delivery is on the 18th, with that spec for this price I'm very happy.

What you need is the Mi 11i. Its the same phone with a better camera and a Snapdragon 888. Bit more expensive but worth it. 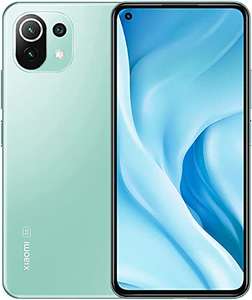 I downgraded the Mi 11 for this handset and it's great. I love the fact that it's not heavy and thin for a change, battery life is good, no problem with the camera. I wouldn't pay over £250 for it though. I don't mine for £200 on eBay about a month ago. Mines the yellow one so quite different looking to all the black and gray phones on the marked.

Could be stating the obvious, but for those that don't know tech problems with (showme) Xiaomi phones can normally be resolved on the mi community website, which is monitored by Xiaomi tech dept. For misinformation etc. 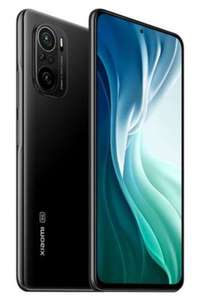 No. The best current phone is Xiaomi mi 11 ultra.

Is this the best Xiaomi phone available?

I'm still on the Mi 9, great phone. Still impatiently waiting for the the OTA Android 11 update that will hopefully give it a new lease of life.

It's actually quite splendid on my Mi10T Pro but I did need to manually update it as it was sitting at 12.1 way after 12.5.3 was released for the same region (EU) I'm actually on 12.5.5 now but before the manual update I was on a January security update (shock) 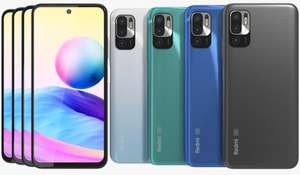 Just spoken to Vodafone AGAIN! Nothing to do with the following, told the £10 bundle is PAYG now more confused than ever.

Thanks for providing a clear screenshot of possible bloatware that can be removed. I wonder if it is possible to do this without a PC! Anyway video in the link was accurate and good as well.

I've just received a blue one although having been assured by Vodafone Management that the grey one ordered would not be delivered. Right hand left hand comment appropriate. But obviously they are rolling them out!

Took the plunge with this for the lads first proper phone. I got the expected comments like, unknown brand, I want a Samsung etc. But showed him the specs with similarly priced options and this comes out on top. Arriving Monday, thanks for sharing 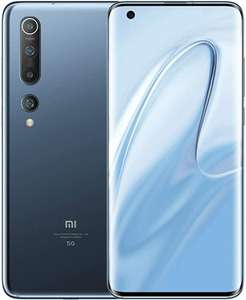 None in stock. Is grade b = used good?

Better how? Display: very much same but Super Amoled is still better than Amoled Battery: better on Mi 10 Camera: better on Mi 10 with OIS Charging: very much the same but Mi 10 offer wireless and reverse wireless charging Chipset/GPU: MI 10 has a flagship processo/ GPU while Mi 11 Lite is a midrange phone

Thanks a million ! (lol) will check them now. 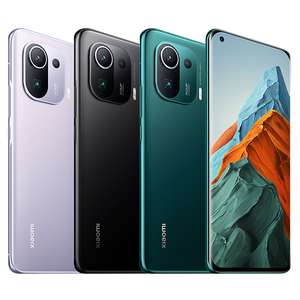 Does google PAY (not play) work with Xiaomi chinese roms?

Just my two cents. it's not really a criticism as such, just a observation. I've had Xiaomi since 2013 with the mi2. ( rarely use anything else) I have a miband 4, and that's been ok tbf lol

IV had my 9T for the best part of nearly 3years. I have to state the only problem wev found (the whole home has Xiaomi) is glitches when gaming. That's it that's the only quarm wev had. We have the 2 of the Note 10 we also have the Note 9, and the 9T. I can't fault them. But the smart watches are a complete let down!!

Once upon a time, the high-end smartphone market was simple. Buyers could choose between Samsung's Galaxy family, and Apple's all-conquering iPhones. Thanks to brands like Xiaomi UK, buyers now have other options, and the price of premium smartphones is plummeting.

Xiaomi's phones could put processing power, dazzling graphics, professional photography, and everything that comes with high-end phones, within reach of ordinary buyers. So if you've ever lusted after the latest iPhone, read on. This hotukdeals buyer's guide will assess Xiaomi's range, help buyers decide whether it's the smartphone brand for them and help you find the best Xiaomi deals. 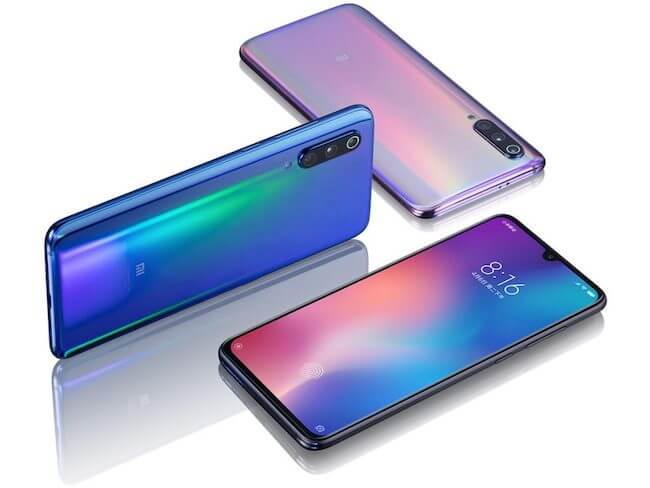 How Xiaomi Emerged as one of the Leading Global Smartphone Brands

Before 2010, nobody had heard of Xiaomi, let alone handled a Xiaomi phone, but now the Beijing-based company sells affordable but high-spec smartphones all over the world. It all began in 2010, then the tech company was started by Lei Jun – a prolific Chinese investor and entrepreneur. Lei saw an opening in China, East Asia, and then the world for phones that competed with Huawei and similar brands, while beating them on price.

But the company's rise wasn't solely due to value. Xiaomi also created its own version of the Android OS called MIUI. This user interface has proved extremely popular with global consumers, who often prefer it to the clunkier Android iterations available with other brands.

There have been some hiccups along the way. Since its founding, Xiaomi has been dogged by comparisons to Apple, with some critics alleging that the Chinese company has lifted designs from the Californian tech giant. And there have been a few allegations that Xiaomi has shared data with the Chinese government. But by and large, these problems have been ironed out, and Xiaomi looks set to expand into North American and European markets.

Is Xiaomi a Good Brand? Understanding How it Fits Into the World of Smartphones

Before phone owners switch to an unfamiliar brand, it's only natural to inquire about its reputation. After all, smartphones aren't a cheap purchase. Even at the mid-range level (which is roughly where Xiaomi sits), phones and tablets cost hundreds of pounds, and nobody wants to be stuck with a product that lacks core features or breaks down after 6 months of use.

Some people will tell you that Xiaomi is the “Apple of China”, offering a similar level of quality and reliability. But it's not hard to find complaints as well. In these situations,it's often advisable to head to industry experts who don't have any skin in the game, and Trusted Reviews certainly fits the bill. The tech website comments that Xiaomi offers “impressive value for money” and has built a “solid reputation.” Importantly, the site notes that this is based upon mid-priced smartphones – so we're not talking iPhone XR quality levels. But for the prices charged until now, Xiaomi is a good brand to try, there's little doubt about it. 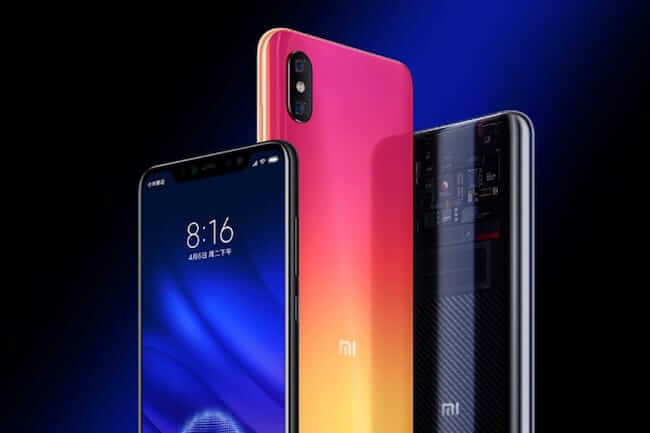 Some Key Xiaomi Smartphones for Buyers to Think About

If you've decided to give Xiaomi the benefit of the doubt, you may be surprised by the diversity of the company's product range. The Chinese brand offers a variety of devices, stretching from budget handsets to fully-featured tablets, and all have their own individual appeal. Here's a quick list of current models that could be of interest:

How to Choose the Best Xiaomi Phone For Your Needs

Hopefully that whistle-stop tour of Xiaomi's range helps to introduce a few key product areas. However, it's probably still hard to tell which Xiaomi phone is best for your specific situation (and everyone has their own unique needs). So let's try to make a few on-point recommendations to help you find the best Xiaomi deals. 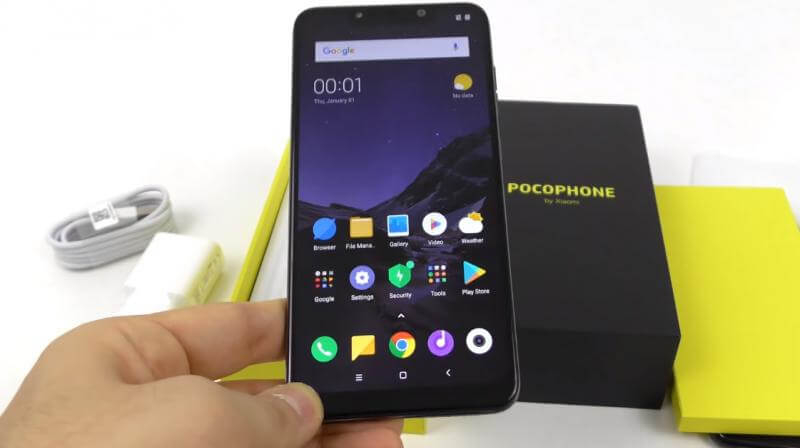 Comparing Xiaomi vs Huawei: Which Brand is China's Smartphone Champion?

If you are dead set on purchasing a mid-range smartphone with high-end features, Xiaomi isn't the only game in town. In fact, the brand competes fiercely with another Chinese brand – Huawei. Enjoying higher brand visibility outside China than Xiaomi, Huawei is trying to promote its low-cost Honor brand as the number one choice for budget smartphone buyers. However, Xiaomi has responded in kind, turning its own Redmi sub-brand into a direct competitor.

As of 2019, the main competition boils down to a choice between Xiaomi's Note 6 Pro and Huawei's Honor 10 Lite. And choosing between them isn't easy.

Both have good displays that aren't quite in the top bracket regarding colour saturation and resolution, but still do reasonably well. The Note 6 Pro wins out in the photography stakes, offering superior low light performance and generally richer images. However, the Honor 10 Lite tends to come out the winner in speed benchmarking. Even so, you wouldn't necessarily notice this, because Xiaomi's innovative Android implementation keeps memory usage low – improving the efficiency of its phones. Finally, in terms of battery life and consumption, the phones are very similar.

As you can see from this brief sketch, Huawei and Xiaomi have come up with similar phones, at similar price points. There are minor variations, as you'd expect, but the bottom line is that both brands offer mid-range smartphones which punch above their weight.

Picking the Right Accessories to Go With a Xiaomi Phone

One of the great things about Xiaomi as a tech brand is the range of products it offers beside standard mobile phones and tablets. When you check out the company's hotukdeals listings, you'll find a range of accessories to add to a smartphone purchase, and some can make a real difference. Here are some possibilities:

How and When to Find Xiaomi Smartphones Deals

Xiaomi could shake up the smartphone sector for good. Taking inspiration from giants like Samsung and Apple, this Chinese upstart has rolled out a portfolio of smartphones and tablets that can do almost anything an iPhone XR can do – at a fraction of the price.

However, this still means that Xiaomi smartphones come with a price tag in the hundreds. Most of the models we've looked at in this buyer's guide have list prices of over £400 (though some retail for a lot less). This makes it really important to find deals that keep the cost of a handset to a minimum.

By and large, Xiaomi phones aren't available with contracts from major mobile phone companies like O2, Three, or Virgin. Instead, most of the best deals are for handsets on their own. So buyers will need to purchase a SIM separately. That's an important issue to bear in mind.

If you're still keen on getting hold of a Xiaomi where to buy isn't a hard question to answer. The best place to head is the brand's hotukdeals listings. When you get there, you'll find a huge selection of up to date Xiaomi deals from merchants like Amazon, Banggood, eBay, eGlobal Central, and Laptops Direct (which is a good place to pick up a Black Shark gaming phone). You should also look out for deals from Xiaomi UK, which is getting up to speed selling into the British market. Back at our listings, there will probably be a mix of new and used offers, so double check that you're redeeming the right deal before purchasing anything.

Additionally, you might want to wait for a Xiaomi sale to arrive before purchasing. Amazon is a major outlet for buying the brand's phones, so Amazon Prime Day should be a good time to shop. And the same applies to Black Friday and Cyber Monday, when Xiaomi UK tends to slash its prices before Christmas arrives.

By checking the listings and comparing prices with Huawei or similar manufacturers, you'll easily find a way to pick up a low-cost, high-specification smartphone. Don't let Apple or Samsung have it all their own way. Make your next upgrade via the hotukdeals Xiaomi listings.

Xiaomi is an up-and-coming smartphone manufacturer with big plans, and some impressive products already on the market. Capable of competing with Apple on every count, Xiaomi smartphones mix deluxe screens, high-quality cameras, powerful processors, and attractive designs – all at reasonable prices. To find out more, start bargain hunting at the Xiaomi smartphones hotukdeals listings.