Unfortunately, this voucher is no longer valid 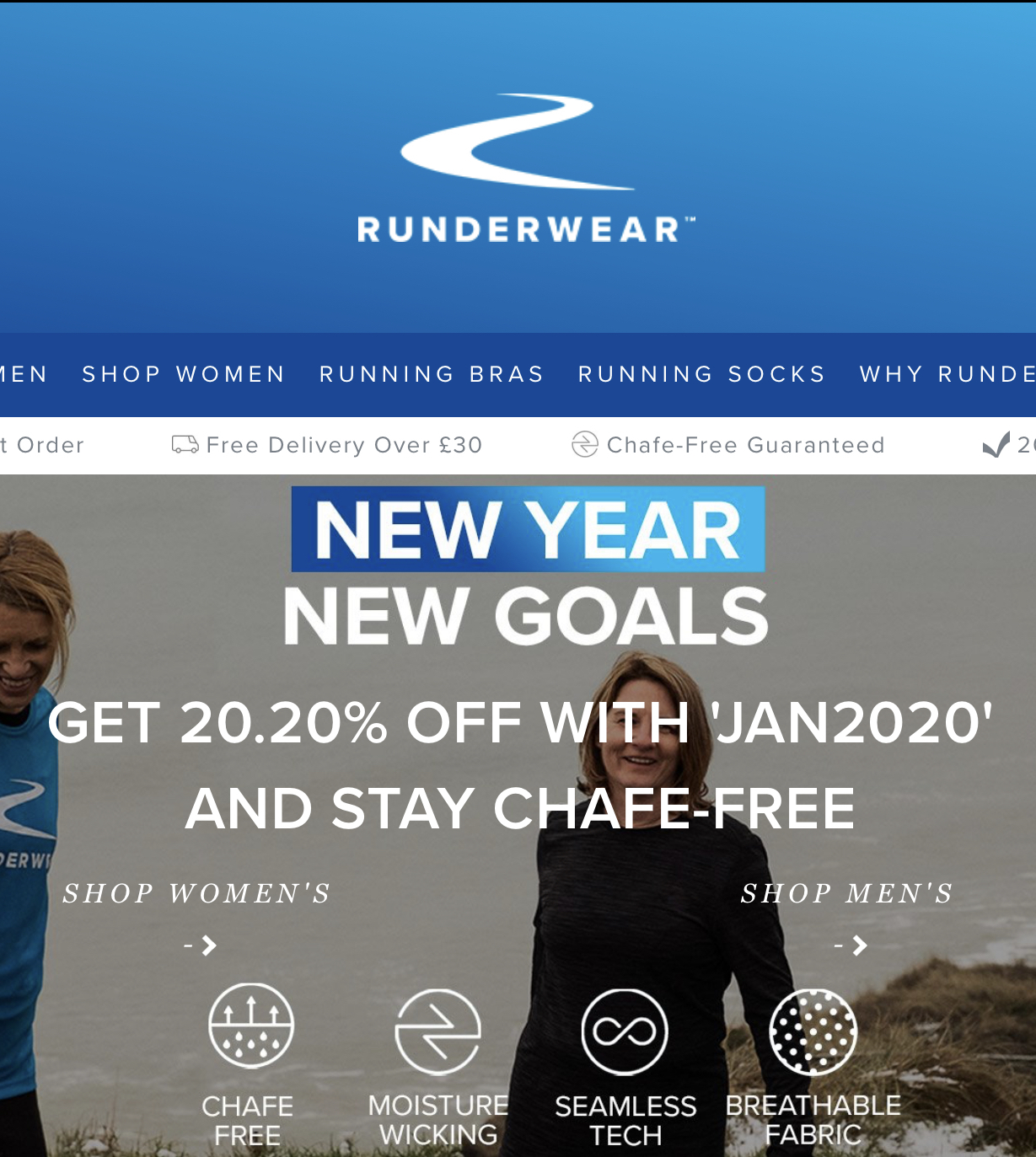 The Runderwear story began as a solution to a problem that is the bane of many runner’s lives - chafing.

Runderwear’s founders, Jamie and Richard met at Loughborough University when they were put in the same corridor in Halls of Residence and instantly became friends. Both shared an incredible enthusiasm for sport and Richard was a track and cross-country runner whilst Jamie played most sports, particularly football.

After university Jamie started to run more and decided to do the New York Marathon. Whilst there, he realised that whilst he had great technical outer clothing, he was wearing his usual underwear which was chafing. Jamie searched the New York Marathon expo for some performance underwear, but all he could find was a pair of large Women’s Hot Pants! Not ideal!

On Jamie’s return to the UK, he and Richard started to look for good running underwear; they tried a few brands, but nothing was right, so they decided to make their own and Runderwear was born!

Fast forward to winning ‘Best Underwear & Socks Brand’ at the 2018 Running Awards and the Runderwear range has grown to include different styles of performance underwear, running bras, socks, baselayers and triathlon suits.

As the Runderwear product range expands, Runderwear’s dedicated ethos remains focused on creating chafe-free comfort for runners.
PostTweetShare Share with WhatsApp Share with Messenger
Community Updates
If you click through or buy, retailers may pay hotukdeals some money, but this never affects which deals get posted. Find more info in our FAQs and About Us page.
New Comment Subscribe Save for later