free chocolate advent calendar @ poundworld
27/11/2016
01/01/1970
Get voucher*
INSTRUCTIONS: Buy a sun newspaper on Sunday and cut out and hand in the coupon for a free advent calendar. No purchase instore necessary. APPLIES TO: sun readers
Get voucher*

Cold - I will NEVER pay for the Sun, ever.

Best Poundworld deals from our community 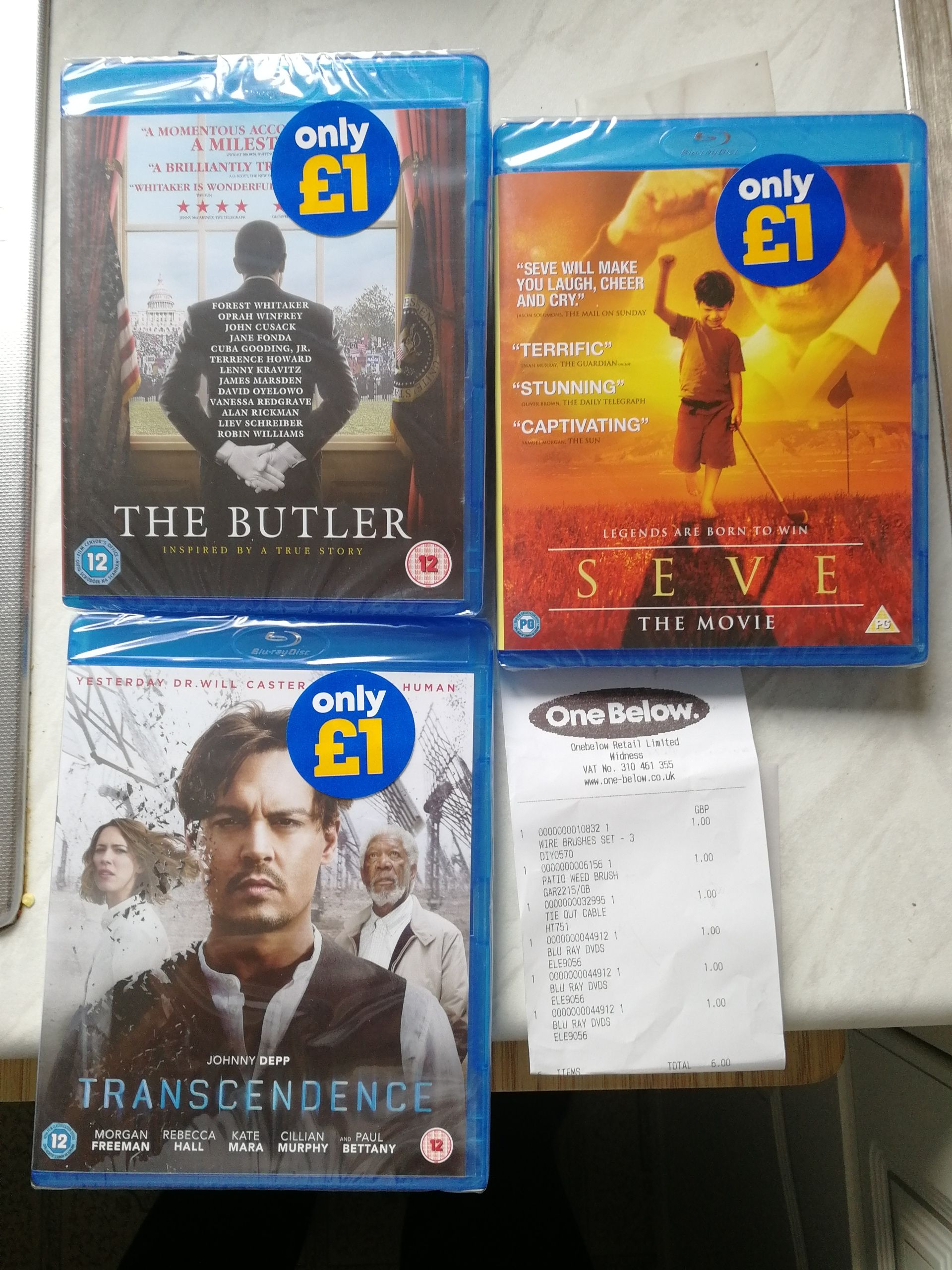 240° Expired
Posted 17th Jul 2019Posted 17th Jul 2019LocalLocal
One Below Discount Shop - £1 Blu Rays including Bourne Range£1
Rebranded Poundworld to ONE BELOW, everything g a pound or less. Blu Ray's £1 each, some decent titles, see pic, plus the Bourne range too. What can I say, I'm cheap!

I'm cheap too,but I live in the wrong part of the country

Not a Poundland, Poundworld, now £1 and below

So Poundland is now called One Below? and their Blurays are only £1 as opposed to £2? (confused)

oh their is a store near me as well. I will have to sneak out of work and go and have a look tomorrow :)

Everyone likes a bargain...why pay more! Heat...although no stores near me 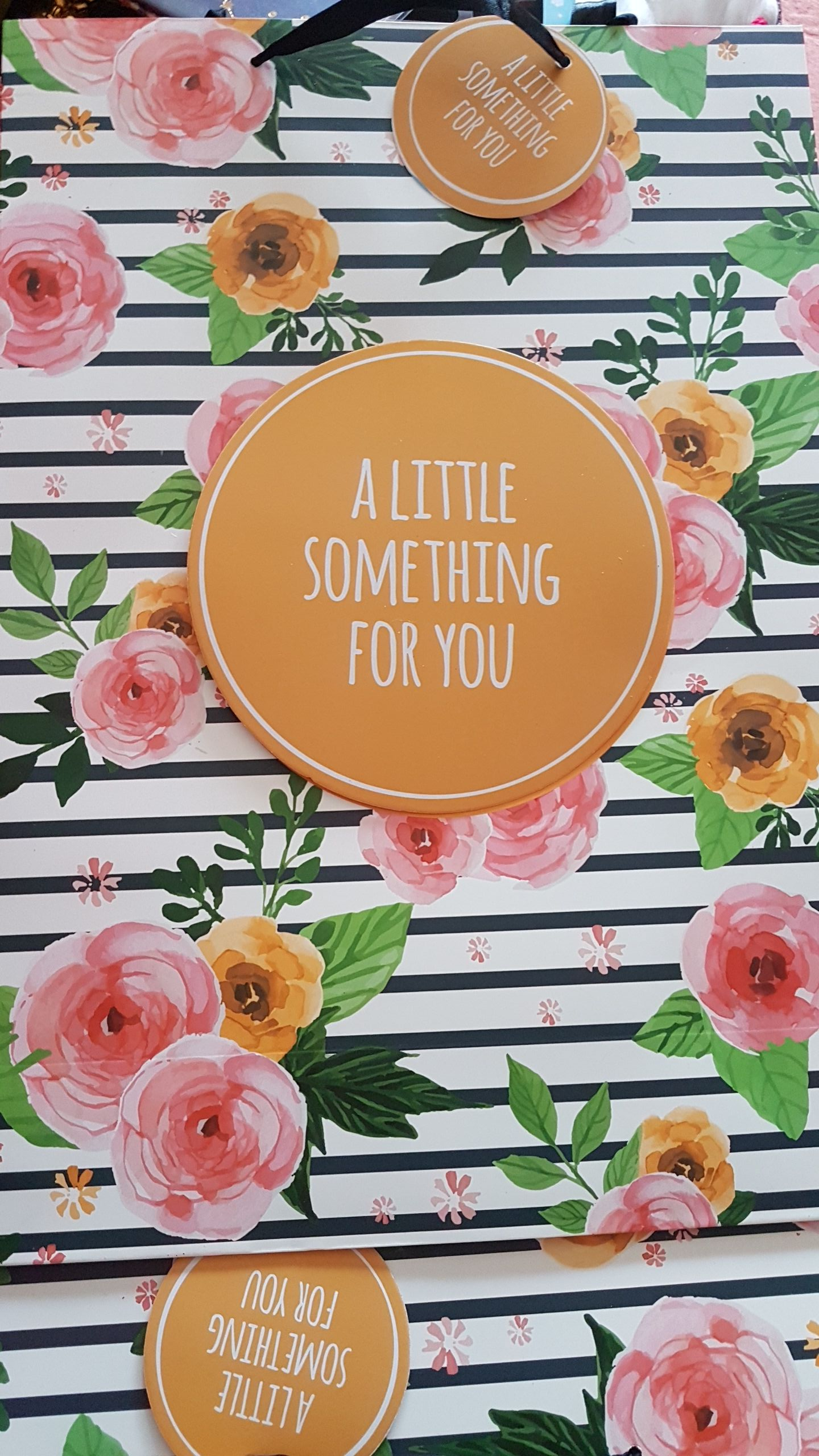 Mine was half price really early on, but I they've further reduced them to only 10p or 30p now, so bet a few other branches have too. They're closing in two weeks I think. My branch has more Christmas/Easter/Halloween decorations than any other product though! :/ 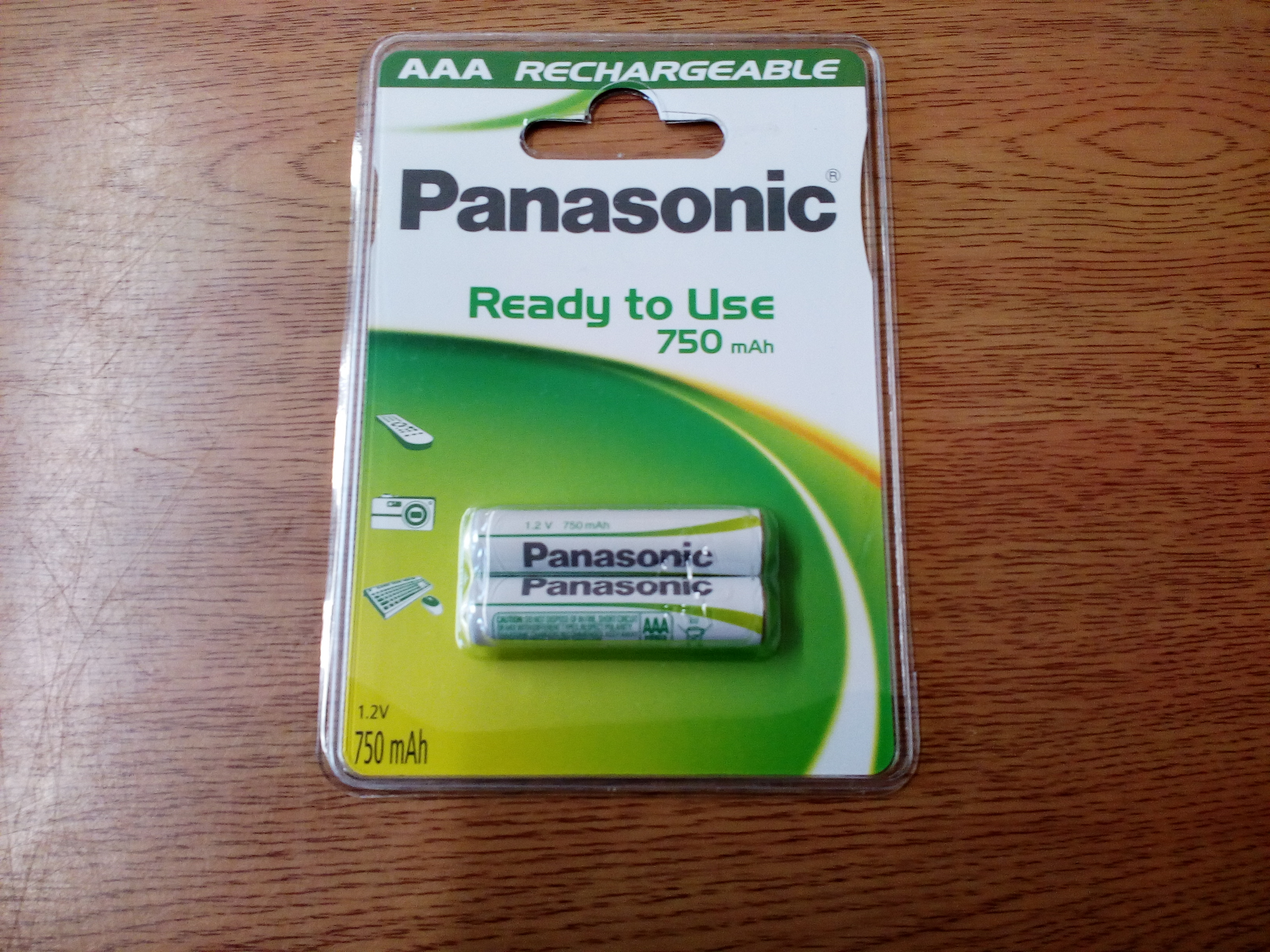 I saw the comments here about Panasonic batteries are re-branded eneloop therefore bought a few of the Panasonic AA batteries one or two year ago. They all died after a few times of charging. Don't have any problems with the eneloop batteries.

I bought a set of these batteries from amazon last week and they were flat when I put them into a DECT phone.

No, not really they make both brands and you cannot beat these ones for the price... Bought 10 of them half price so £1.50 very happy tested them in XTAR VC4 charger none was less than 700mAh ;) £0.90 is a steal

I'm guessing these must have been manufactured several years ago, because Panasonic have used the eneloop brand for their lsd batteries after buying Sanyo.

Only when they were brand new and if you charged them immediately before use. :)

thanks for all the heat we made 300c. my cables and house are still ok :P despite a few scaremongers (mad)

"No, I am not. A properly designed plug by a major OEM should only output it's rated current and voltage or cut-out either due to thermal limits or overload. I am talking about something like a Samsung 5V 2A unit or an Apple 5V plug (not an AFC or QC unit). I agree if you use something cheap and nasty from eBay that cost 70p then the safety features will be missing." Agreed. Unfortunately, lots of people use cheap and nasty chargers, often unknowingly: http://www.righto.com/2014/05/a-look-inside-ipad-chargers-pricey.html. I've previously bought chargers from Amazon Marketplace vendors sold as genuine Samsung devices, but which I suspect to be counterfeit, in spite of their ostensibly correct outward appearance. "If you disagree then please explain why an iPad will only charge at 1A from a 5V 1A Apple unit and not attempt to draw 2A or 2.4A from it even with cheap third-party cables." The charger shorts the D+ and D- lines internally (i.e. before its USB A socket) in a particular way to signal to the device that's being charged that it can supply upto 1A of power. It's up to the device to respect that and only attempt to draw 1A. Gory details at https://www.maximintegrated.com/en/app-notes/index.mvp/id/5801 "If you have actual evidence of a device pulling more than a plug is rated for, please post it and I'll take it back." No need, this is simply how it works. The load sets the current, not the supply (though as we agreed earlier, properly-designed supplies should use a thermal or electrical fuse to prevent this from being unsafe). Take a crappy PSU, plug in a USB power meter, then short the +5V and GND lines coming out of the power meter with a wirewound variable resistor. When set to 10Ohms, it'll draw 500mA per basic USB spec. Decrease the resistance, and the current will climb accordingly (until the hopefully-present fuse blows). "The laptop that was damaged in the original article had the capability to output more hence how the problem arose." Assuming you're talking about Benson Leung bricking his Chromebook Pixel ( https://www.amazon.com/review/R2XDBFUD9CTN2R/ref=cm_cr_rdp_perm ), that was actually because the cable was completely miswired (an unrelated, but also plausible concern at this end of the market). "Also Poundworld actually have to have CE-approved products, if it wasn't quality-checked, I am pretty sure it would never have gone on sale or that is tons of litigation just waiting to happen." You would think, wouldn't you? But have a look at https://www.youtube.com/channel/UCtM5z2gkrGRuWd0JQMx76qA and you'll find teardowns of all sorts of shocking(!) devices that are sold in the UK, sometimes from high street stores, and often under supposedly-reputable brands. "I would be surprised if the cable was missing the pulldown resistor as it's such a cheap addition." Again, you would think, and yet, so many early USB C/A cables did omit the resistor, hence the need for Benson Leung's tests. Apparently, the USB C spec was too complex, and therefore easy to misinterpret, by manufacturers used to making cables by simply connecting pins straight through from one end to the other. Hopefully, USB C has been around long enough, and the issue well-publicised enough that no-one's doing that any longer, but at this end of the market, I wouldn't assume that without testing each cable myself, personally (e.g. using https://www.ebay.co.uk/itm/DIY-24pin-USB-C-USB-3-1-Type-C-Female-Socket-Connector-SMT-type-with-PC-Board/272450142141?ssPageName=STRK:MEBIDX:IT&amp;_trksid=p2057872.m2749.l2649 and a multimeter). Right now, the potential savings aren't worth my time to do that. Have a nice day. I hope you don't have a house fire. 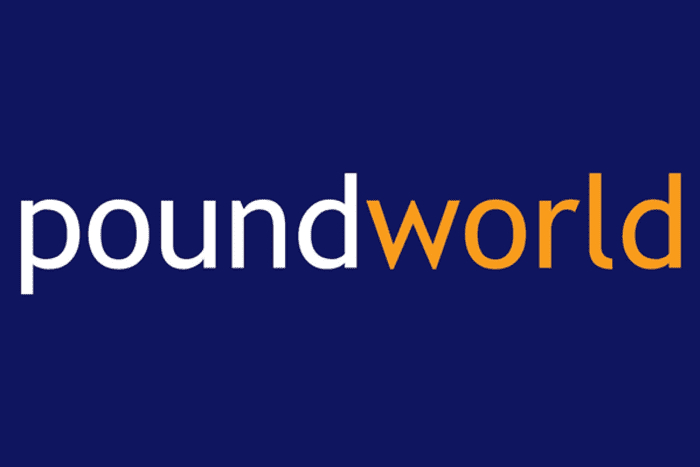 250° Expired
Posted 25th Jul 2018Posted 25th Jul 2018LocalLocal
Pound world - Closing Sale - Items from 10p
As most people will probably be aware, Poundworld are closing their stores. As such they are selling off all of their stock at ridiculously low prices. Most is halloween and Christ… Read more

Anyone know if Wrexham poundworld is still open?

Crawley store closes today. It was 5 items for a quid

This was Manchester on the last day of trade. Looking on posts on Facebook, offers seems to vary store to store.

How do you find out when they close? Poundland have a comical but serious poster up on their doors giving Poundworld people a guaranteed interview for a potential job at Poundland and I’ve seen various other companies/people offering help so I’m sure they’ll be okay but it is sad and totally inconvenient for the people who are suffering since they’re still having to work in a shop that they know is already dead :(

Sad times hope all the poundworld workers get sorted with other jobs.

Forgot to add it was the Cityside Belfast store that these were in. Not sure if it’s every store but if they’re in stock, they’ll be super cheap with any luck :) 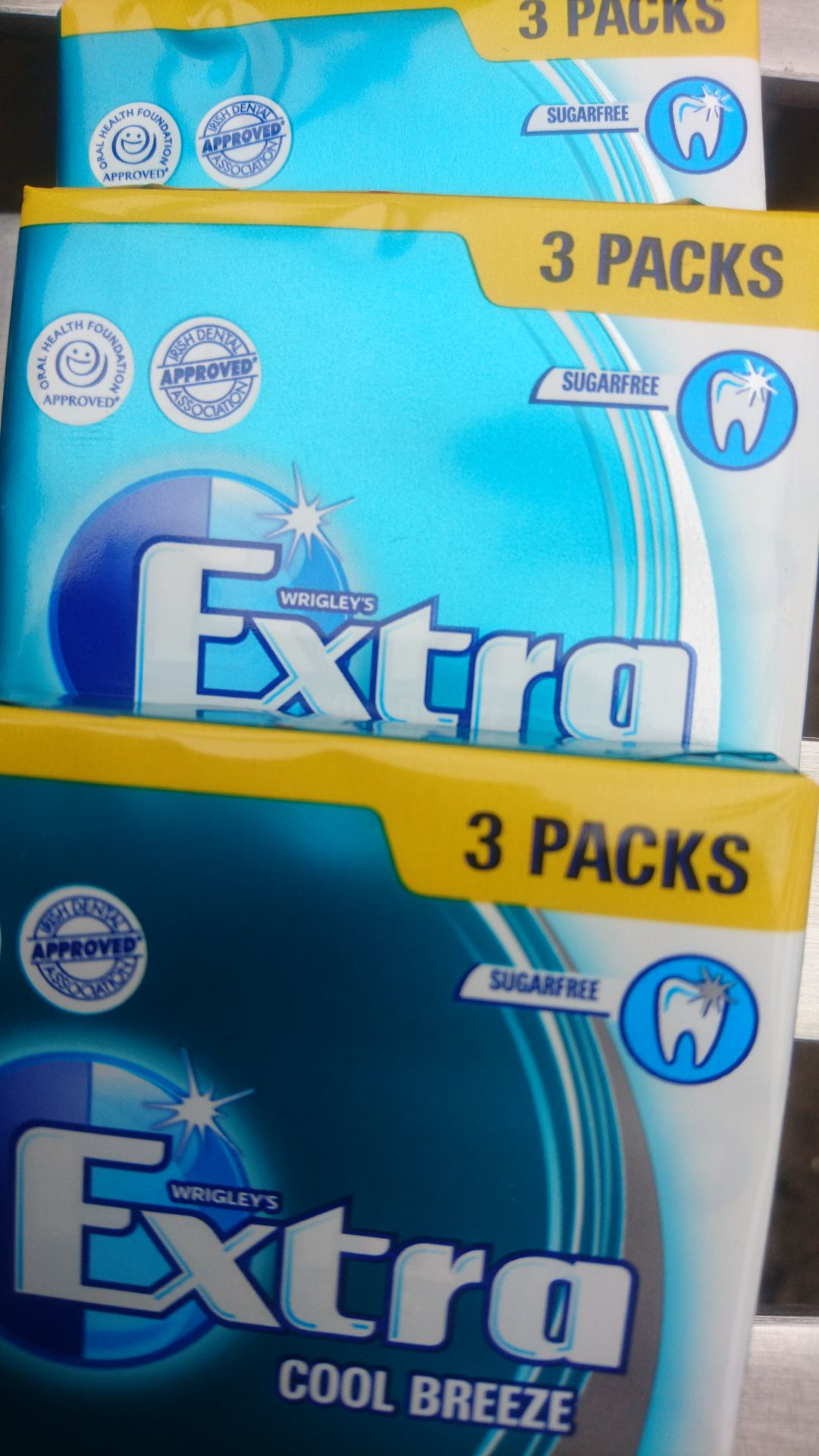 Poundworlds in Banbury have NOTHING (literally) in both their shops 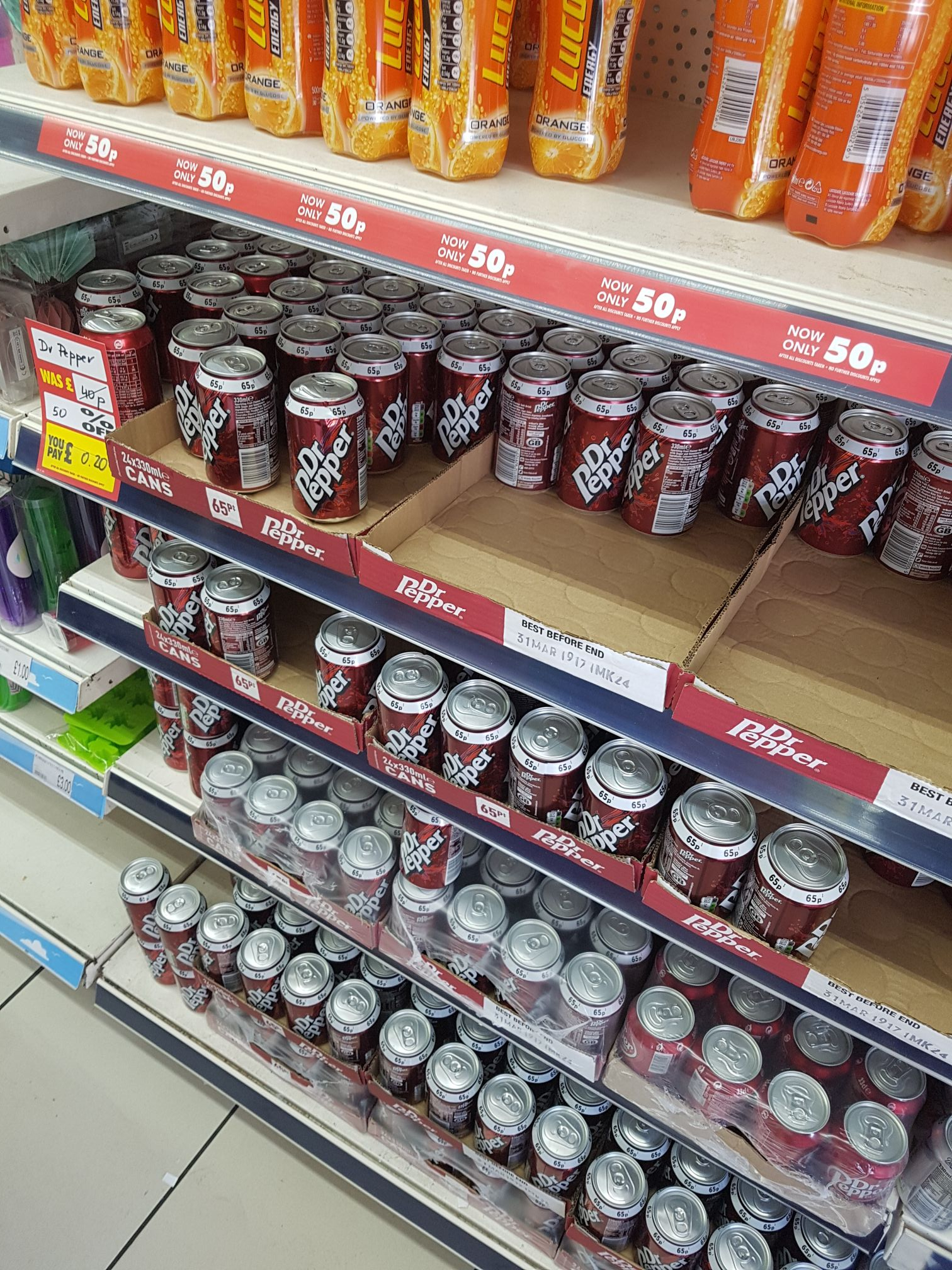 Liverpool town poundworld shuts down tomorrow one of the staff was going round the store filling a big bin bag up of stock Pringles, phone charger cables, garden lights etc etc and asking who wants the bag for a fiver (shock) apparently want to get shut of all the stock before it closes

Hows the PoundWorld closing down sale looking discount wise? Went on Monday and 20% off Pepsi Drinks etc, 30% off Pharmacy, 50% off Gardening, 50% DIY, 50% Stationary, 70% off Cables etc. It was pretty good but not amazing. Hopefully they will go deeper with the discounts on the next two weeks and people will post on here to notify.

I use to love Dr Pepper years ago and tried it recently (along with a few other drinks over the last few months) and they taste disgusting now as even though they don't state they are diet they still have sweetner in them. (fierce) I normally only have a can of fizzy drink every 2 or 3 weeks even before they cut out the sugar. 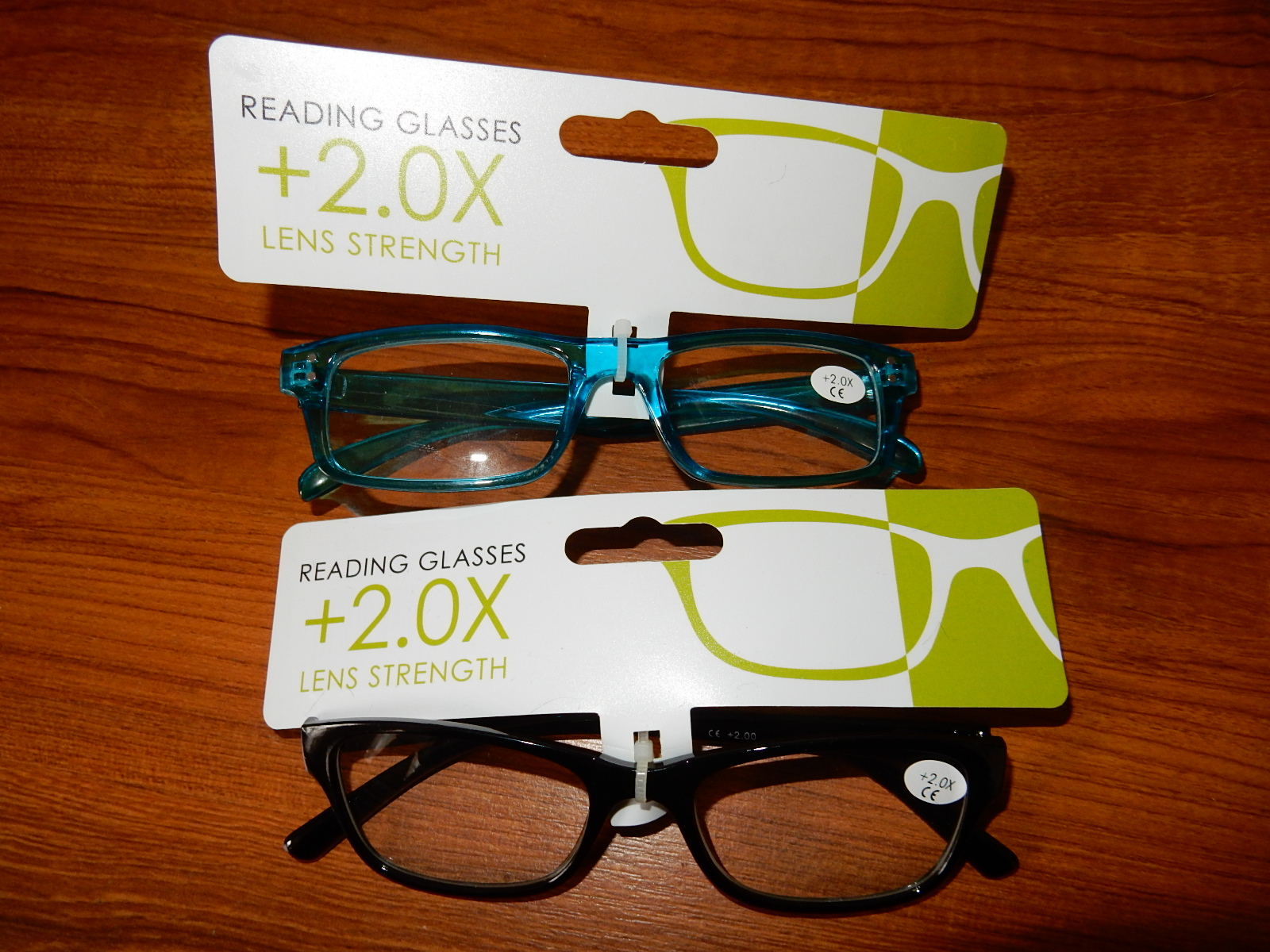 Hows the PoundWorld closing down sale looking discount wise? Went on Monday and 20% off Pepsi Drinks etc, 30% off Pharmacy, 50% off Gardening, 50% DIY, 50% Stationary, 70% off Cables etc. It was pretty good but not amazing. Hopefully they will go deeper with the discounts on the next two weeks and people will post on here to notify.

thanks for the deal went into the METRO centre tonight to buy 4 pairs and told just to take some more ended up with 11 pairs to dish out. 4 and a half pence each! 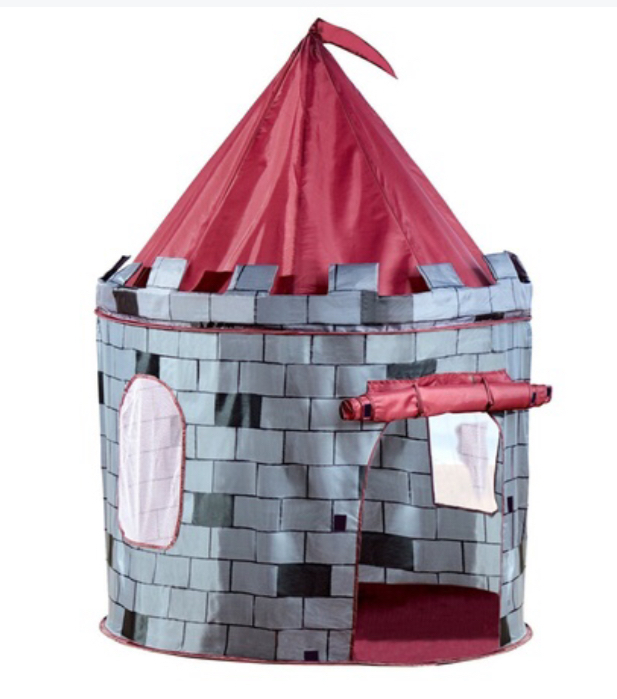 Ok hun. Not sure why you’ve decided to dig up this old deal and post that. Its just a kids play tent. Why is it lame

Even £10 seemed fairly cheap for a play tent like this in my opinion. It’s a gamble isn’t it, wait too long and risk stock selling out or kick yourself if they reduce them even further. Many shelves are empty already in this store. Still quite a lot of X mas and Halloween stuff even with 70% they have brought out new stock.

I’m waiting for the price to go down more.

Same happened to the one I got from Halfords last year. The frame broke easily and u ended up with tiny splinters of carbon fibre in my fingers.