gsj8755
Posted 18th Dec 2017Edited by:"gsj87"18th Dec 2017
Hi all, I was about to purchase the regular Amazon Firestick off Amazon for £30 when a friend mentioned that you can buy 'preloaded' Firesticks of eBay with Kodi on it, giving you access to movies, sports etc.

Are these safe to use? Are they just plug and play and do you have to keep updating them? Does it also still use the same Amazon interface?
PostTweetShare Share with WhatsApp Share with Messenger
Community Updates
Mark
1st Aug 2018
Are you considering buying a Fire TV device, and unsure if its right for you? Or maybe you've already got one, and want to get the most out of your device?

Well this guide should help answer any questions you may have, and put you on your way to enjoying even more content at your fingertips. 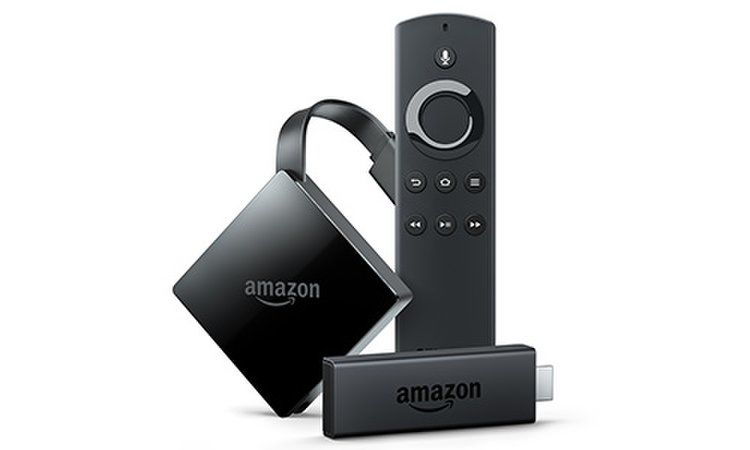 So, Firstly, what is Amazon Fire TV?

Back in 2014, Amazon unveiled the first generation Fire TV. A plug in box that could be connected to an HDMI enabled TV, giving you access to smart apps and features on your TV.

Due to increasing success of the device, later that same year, Amazon unveiled the Fire TV Stick. The stick gives you similar functionality to the box, but with a much smaller form factor, and more importantly, a smaller price tag.

Amazon have continued to revise and improve Fire TV devices, with their latest generation devices supporting 4K, Alexa Voice Control and Search and much more.

So, what can a Fire TV device do?

The simplest way to view it's features, is to say that it gives you access to hundreds of apps, similar to a mobile phone, with some being free, and some paid; such as video and audio subscription services like Netflix, Amazon Prime, Spotify to name just a few.

The main uses are;

Okay, what do I need to make it work?

Yes, on the latest Fire TV device, the box supports 4K video, provided you have a 4K TV, you can start right away and enjoy 4K content direct from Netflix, Amazon Prime TV and others.

On the latest generation of devices, yes. You can use Alexa to not only search for content on your Fire TV device, but you can also use it to control your Fire TV, not only from the mic enabled remote, but other Alexa devices such as the Echo, Echo Dot, Echo spot etc.

Can I watch Sky programs on my Fire TV?

Not officially, no. Some users discovered that the app could be sideloaded (sideloading is a way of installing an app onto the device that is not officially on the Amazon Fire Store for download) but results were mixed, and Sky have since stopped users from gaining access via this method.

Can I Use NowTV on my Fire TV?

No, as it is a competing product, they do not allow their service on the Fire TV at this time.

Can I Jailbreak my Fire TV device?

To Jailbreak a device, is to modify it to remove restrictions imposed by the manufacturer. In this case, it would be to install, or sideload, unsupported apps such as Kodi. This can be achieved using various methods documented across the internet.

Can I install Kodi on my device?

Most, if not all of the generations of the Fire TV devices can have Kodi installed via various methods, but doing so may invalidate the warranty on your device, or cause unexpected behaviour such as crashing, or even worse the device failing to work. We suggest you research heavily on how to do this safely before attempting it.

What do i get as an existing Prime member?

Amazon Prime members get unlimited access to Prime Video, featuring thousands of movies and TV episodes, including The Grand Tour, at no additional cost. Plus, Prime members can add over 40 premium channels such as Discovery and Eurosport Player. Channels are available as individual subscriptions so you only pay for the TV channels you want.