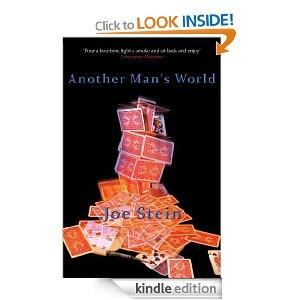 FREE kindle version of Another Man’s World, a really good gritty thriller @ Amazon. The blurb describes it better than I can, but I bought the paperback and thought it was great.
Ex-boxer Garron is back, now working full time as a bodyguard and rent collector and struggling with both his wrecked past and his bleak future. Working for shady businessmen and criminals, he's trying to stay one step out of their life and make sense of his own. But at a time when Garron sees a possible way out of his troubles, one small job starts to escalate out of control and betrayal by friends and manipulation by enemies sees him dragged into a world of unlicensed fights and shotgun robberies, a world where he is pulled into confrontation with career criminal Adam Hillier, a world in which Hillier walks unchallenged. It is another man's world.
PostTweetShare Share with WhatsApp Share with Messenger
Community Updates
6 Comments
Post a comment