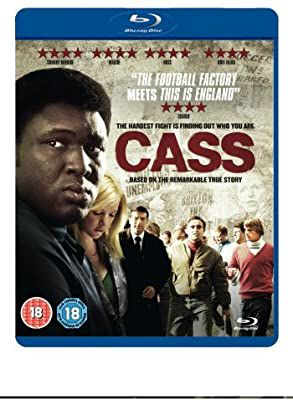 £2.80£5.6951%Amazon Deals
10
Get deal*Get deal*
10Get deal*Get deal*
Posted 10th May
Dramatisation of the events surrounding the life of Cass Pennant; one of the best-known figures of the infamous West Ham hooligan outfit, the I.C.F. (Inter City Firm). Cass Pennant (Nonson Anozie, Atonement) was placed in a Dr. Barnados orphange as a baby in 1950s London. A black child adopted by an elderly white couple, Cass was forced to endure constant racist bullying growing up. His pent-up rage exploded one day when he attended a West Ham game and becomes involved with Hammers hooligans as they take on a rival firm. Cass becomes hooked on the rush of the violence, as well as the acceptance and camaraderie. He quickly rises through the ranks of the West Ham hooligan element, later becoming head of the notorious Inter City Firm. As a six-foot-five black man in a predominantly white social group, he is picked out by the police during the government's clampdown on football hooliganism. After brushes with the law, Cass attempts to change the direction of his life by running a security firm. But old enemies are never far away.
CASS is a compelling film about the intriguing life of its subject and charts issues of class, race and masculinity across a number of decades, showcasing the seismic changes in British life. Nonson Anozie ably carries the film and is well supported by Nathalie Press ( My Summer of Love) as his wife and Nick Love favourite Tammer Hassan (The Football Factory), among others.
PostTweetShare Share with WhatsApp Share with Messenger
Community Updates
Amazon DealsAmazon discount code
New Comment SubscribeSave for later
10 Comments
10th May
Brilliant film
10th May
Great film
10th May
I was just about to order this, then noticed it’s free to watch on Prime
10th May
Thanks orderd
10th May
read his book seems like a nice guy and a patriot.
10th May
great film.
10th May
Nasty film. 😰
Uber violent and relentless cursing. Hated it.
10th May
Great movie. Ordered thanks
10th May
Thought acting was utter rubbish .
If this is classed as a great movie then we are all doomed .
10th May
Really amateurish. I wouldn't even buy this for 20p.