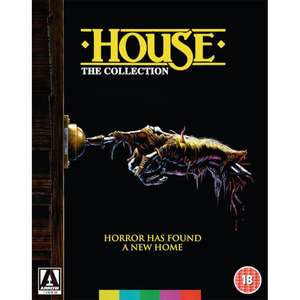 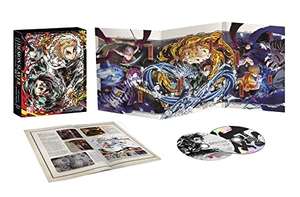 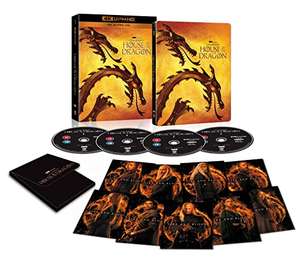 67°
Posted 6 h, 29 m agoPosted 6 h, 29 m ago
Game of Thrones House of the Dragon: Season 1 [4K Ultra HD] Steelbook £40 @ Amazon£40£5020% off Free shipping FreeAmazon Deals
Includes 9 character artcards(amazon exclusive) Set 200 years before the events of Game of Thrones, the series finds the Targaryens ruling over the Seven Kingdoms – and on the brink of a ci… 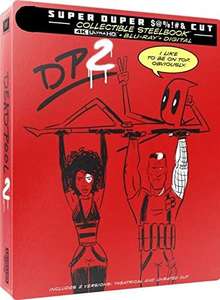 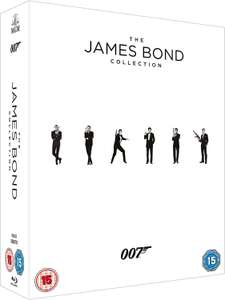 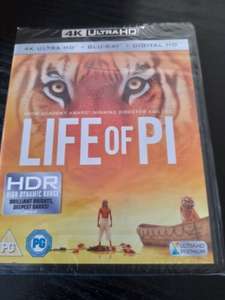 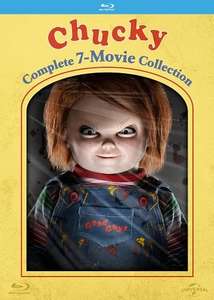 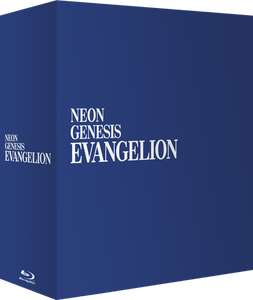 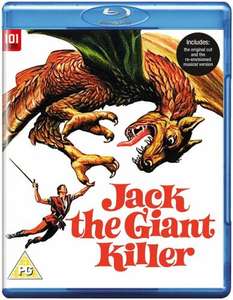 161°
Posted 26th JanPosted 26th Jan
Jack The Giant Killer [Blu-ray] (Original 1962 Cut and Re-envisioned Musical Version) £5.94 with code @ smileyjanesstore / eBay£5.94£13.9858% off Free shipping FreeeBay Deals
Get deal*Get deal*
Loved this film as a kid. The Jester/Cormoran scared the living daylights out of me (lol) The Special Effects may not be up to 2023 standards, but for a bit of cheap nostalgia and enterta… 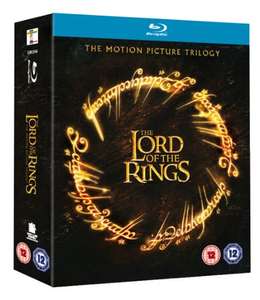 256° Expired
Posted 26th JanPosted 26th Jan
The Lord of the Rings: Motion Picture Trilogy (Blu-ray) - £3.99 used with codes @ World of Books£3.99 Free shipping FreeWorld of Books Deals
Get deal*Get deal*
The Lord of the Rings: The Motion Picture Trilogy contains the original theatrical versions of the three films on Blu-ray Disc, with more than six hours of special features on three bonus d… 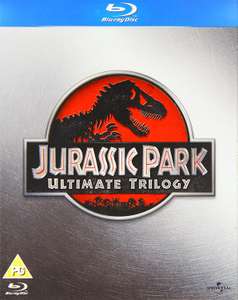 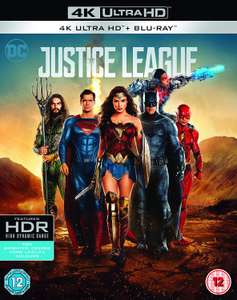 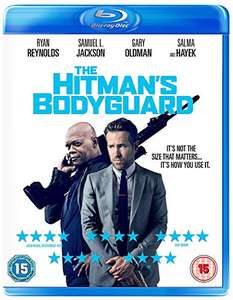 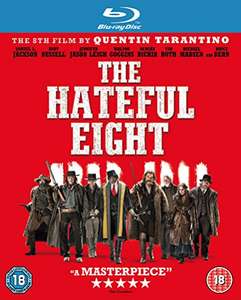 294°
Posted 26th JanPosted 26th Jan
The Hateful Eight [Blu-ray] £3.55 @ Amazon£3.55Amazon Deals
The eighth film by Quentin Tarentino "No one comes up here without a damn good reason" Six or eight or twelve years after the Civil War, a stagecoach hurtles through the wintry Wyoming la… 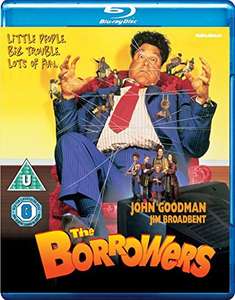 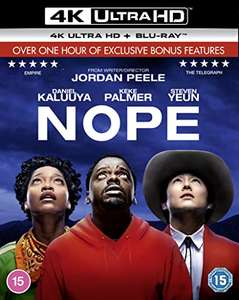 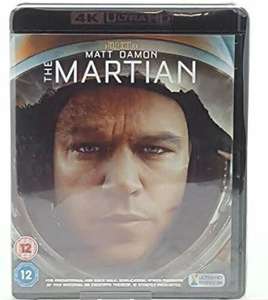 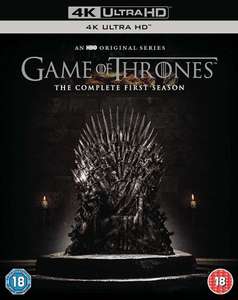 372°
Posted 25th JanPosted 25th Jan
Game of Thrones: The Complete First Season [4K Ultra HD Blu-Ray] - £4.99 Delivered @ global_deals / eBay£4.99 Free shipping FreeeBay Deals
£4.99 or you can make offers to the seller. Summers span decades and winters can last a lifetime. From the scheming South and the savage Eastern lands to the frozen North and ancient Wall … 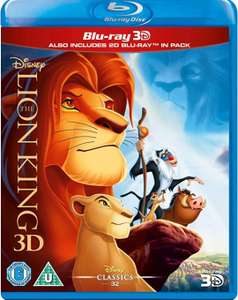 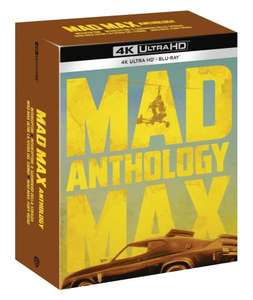 Topcashback 'Sweet Treats' 2023
545
Greggs poker chips to feed homeless
40
Sign up to Daily Picks (our in-app replacement to WhatsApp deal alerts!)
113
Boots 70% Off Sale 2023?
17
Christmas Extended Returns 2022 Policies For Retailers
31
Tiny white mites in bedroom and living room HELP
736
One4All Gift Card - any way to convert to Amazon?
10
'Service ESP' coming up on panel on dashboard on Vauxhall Astra 2012. Any idea what it means?
34
Evri did it again !! How do I contact customer service ? Only bot online?
112
Selling to Cex -Grading a phone.
20
Are there any free online courses which will get me a .ac.uk email address?
128
what does 44 mean at the front of a phone number?
25
Royal Mail - tracking not being updated for the last few days?
42
[UPDATED] Buy from any PlayStation PSN region inc. Turkey at face value with CryptoPay.me OR Crypto.com Virtual Visa Card - NO VPN Required
6777
How do you package items for a pickup and return to Currys?
18
If you are caught running a red light , would I be offered the safety awareness course - I have a clean licence for over 30 yrs.
Anonymous User
29
Anyone used Dimprice?
59
cex unlocked a, b or c mean?
13
What shops blow up your own helium balloon please?
Anonymous User
18
whats the difference between a junior size 5 and adult size 5
11

Blu-ray: Entertainment World on One Disc

The major attraction of Blu-ray discs is the ability to own a HD copy of particular movies or TV shows. Initially, they appealed mainly to hardcore cinema fans who desired the highest possible image resolution, but Blu-ray discs are now a mass market product and the reason is probably the growth in HD television sales. If you have invested money in a top of the range wall-mounted home cinema unit, Blu-rays allow it to reach its full potential. In relation to their Blu-ray cousins, the images produced by ordinary DVDs look much less distinct, something that can be clearly seen on larger TVs.

Another attraction of the Blu-ray format has been their compatibility with major home gaming systems, like the PlayStation 4. From the start, Sony intended that their Blu-ray format would be able to work with their gaming consoles – giving them added appeal for consumers. Microsoft have recently joined them, adding Blu-ray functionality to the Xbox One – so there are plenty of ways to play Blu-rays in the home.

Blu-ray discs took a while to become established, but they now also have excellent hardware support. You can find Blu-ray players from well-known electronics brands like Panasonic, Samsung and TDK, and the movie industry has adopted it as standard (instead of the competing HD DVD format, which Blu-ray has eclipsed).

Initially, Blu-rays were known for their price as much as their quality. However, in recent years, the price of discs and players has plummeted as more people have adopted the format as their preferred way of enjoying movies and TV shows. Ultra HD Blu-ray discs may be more expensive, but expect that price to decrease as they become mainstream.

If you're on the run for some Blu-ray bargains, HotUKDeals is the place to go to find the latest information on players, discs and films and to hunt one Blu-ray deal after the other.

The major technical specification that customers need to know is that Blu-ray has a visual definition of 1080p. This means that Blu-ray players generate an image with 1080 "lines", which is double that of a standard DVD.

Standard Blu-rays can include up to 9 hours of HD content, with a capacity of either 25GB for single layer discs or 50GB for double layer discs.

In 2009, the Blu-ray Disc Association also announced the introduction of 3D Blu-rays, allowing an even more immersive home video experience. These require a specialist 3D player (or PlayStation), but all players have backward compatibility with 2D Blu-rays, so you can play your old films without problems.

Blu-ray discs come in a variety of packages. For example, many big movie and TV releases are packaged in steelbooks. Steelbooks are exactly what they sound like – metal containers that are more durable than normal packaging and often designed to suit particular brands, which makes them much more collectable. 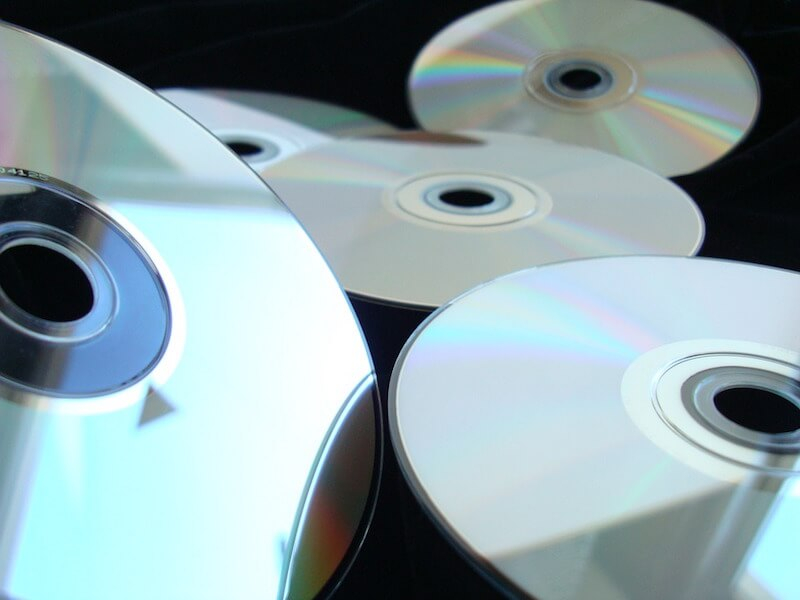 How to Build a Blu-ray Collection

If you want to maintain an up-to-date Blu-ray collection, the best place to discover the latest releases is by checking out the Blu-ray charts. Compiled by the same firm that charts number one albums and singles, the Blu-ray chart comes out every week, showing which films are dominating the market.

Another way to build up your Blu-ray collection is by using the Blu-ray.com smartphone app. This allows you to access information about new releases and to make instant purchases. It also enables Blu-ray collectors to catalogue their movies and box sets, which can be handy if you have a huge collection or want to inventory your media for insurance purposes.

When you are buying 3D Blu-rays, be aware that not all of the releases labelled as 3D will have the same quality. Not all films are shot using specialist 3D cameras, and many are remastered from 2D, so they probably won't pack the same punch. Look out for separate 2D and 3D releases when you make a Blu-ray purchase, as it is easy to buy the wrong item by mistake (although 2D discs will work in your 3D player).

Collectors might also want to purchase specialist Blu-ray storage racks and shelving. Blu-rays cases have slightly smaller dimensions than DVD cases, so it makes sense to use shallower shelves or Blu-ray racks, and you can find them from HotUKDeals merchants like Tesco or Argos.

Why Choose Blu-ray Over DVD?

For many people buying films and TV shows, this is the really important question. Basically, when it comes to Blu-ray discs, the major attraction is picture and audio quality. So if you enjoy watching high resolution video, and can't stand blocky, grainy movies, Blu-rays are the format to choose.

However, not all Blu-rays are equal. It pays to research individual titles online to find out whether they make the most of the resolution and capacity provided by Blu-ray discs. Some surveys have found that less than half of Blu-rays actually deliver the sharpest possible visuals. Some don't even exceed DVDs by very much – so check out reviews to be sure.

One way to ensure that you receive audio and video quality that far exceeds DVDs is by choosing 4K Blu-ray products. Released for the first time in 2015, 4K refers to the ultra-high resolution delivered by the next generation of discs. To enjoy them, you will need to purchase an up-to-date player and an Ultra HD TV. Expect 4K releases to explode as more players are purchased, as the quality will be exceptional.

All film lovers should also be aware that Blu-rays cannot be played on conventional DVD players. To do so requires a specialist Blu-ray player or a console like the Xbox One or PlayStation 3 or 4. However, while Blu-rays can't be played on DVD players, DVDs will work fine on Blu-ray devices – so it makes sense to choose the latest format.

The UK's top entertainment retailers are always offering major discounts on Blu-ray releases and players, and you can find the latest offers at the HotUKDeals Blu-ray pages. Our merchants include high street retailers such as Argos, Fopp and Tesco, along with major online sellers like Amazon or Zavvi. A good time for buying Blu-rays is around Black Friday and the beginning of December and the run-up to Christmas.

Getting the Best Cheap Blu-ray Offers at HotUKDeals

If you are seeking to build a Blu-ray collection or need gift ideas, HotUKDeals is the place to look. Our deals get updated as soon as they become available, providing entertainment lovers with all the information they need to save money.

Back to the Future