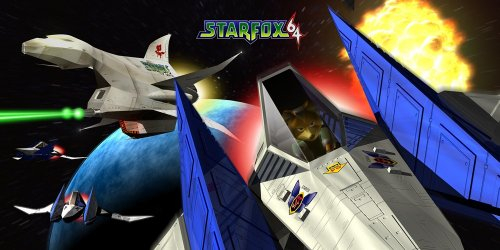 Originally released as Lylat Wars in Europe, Star Fox 64's release to the Wii U Virtual Console, in advance of the upcoming Star Fox Zero, was always pretty much inevitable - and Nintendo UK have just confirmed on Twitter that we'll see the game released this coming Thursday, 24 March.

As also just announced on Twitter, there will be a 50% discount in effect for the initial release, up until 21 April (with Star Fox Zero released the following day, on 22 April) - so this will be an ideal way to get yourself ready for this upcoming new release!

If you already own the game on the Wii Virtual Console, a discounted price of £1.79 should apply instead (it's unclear if this will *also* be discounted by 50%, but I doubt it).
PostTweetShare Share with WhatsApp Share with Messenger
Community Updates
Nintendo Official UK Store DealsNintendo Official UK Store voucher codes
New Comment SubscribeSave for later
65 Comments
21st Mar 2016
Do a barrel roll!
21st Mar 2016

Do a barrel roll!


Given that this has been announced as "Star Fox 64" rather then "Lylat Wars", I'm assuming that this will be the 60Hz US release.

deleted1408199
21st Mar 2016
I hope they hurry up with the new loyalty programme as I don't want to be downloading and not getting points. This offer is on for a long time though. Never got this first time around, but have 4 others in the series, so can't wait.
21st Mar 2016
Literally just bought the 3DS version ha. One of my favourite games ever.
21st Mar 2016

It's a Nintendo game don't forget

Worth more than a £1 surely

Probably off topic but sometimes I feel it's not useful to depreciate games based on the length of time they've been around. Don't get me wrong, I love things to be cheap otherwise I wouldn't frequent this site but surely not all things have a completely downward depreciation? Especially if some are trying to argue that games are art? And we're really not getting a 1:1 experience since there are a couple of added features that help like save states and miiverse
Edited by: "jsty3105" 21st Mar 2016
21st Mar 2016

surely whether it's worth it or not should be down to how playable it still is. If you're going to get even as little as 4 hours play out of this, just over £1 per hour to be entertained seems ok to me.

Probably the most quotable game ever made
21st Mar 2016 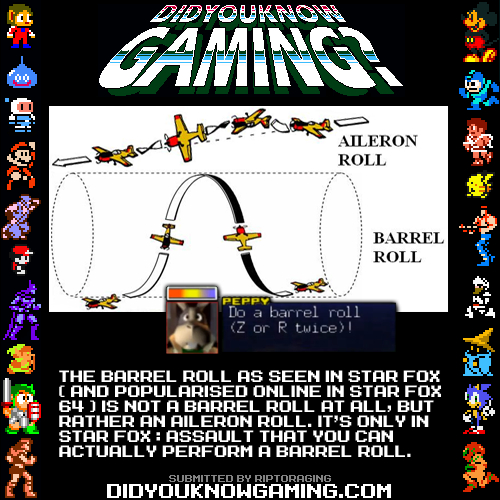 A fantastic game, brings back memories of when I first played it on the N64 all those years ago with the rumble pack
21st Mar 2016

How do the save states work? I've got this on the Wii Virtual Console but would be tempted to get it for the Wii U part if you can come and go from your progress (particularly if you opt for the hard route). If it just allows to you resume once, not so sure.

Literally just bought the 3DS version ha. One of my favourite games ever.

21st Mar 2016
I'd rather have Starwing on the SNES, I don't get why they never released it on VC. I had SF64 on Wii so I'm fine with paying the small charge to play it on Wii U.
21st Mar 2016
wish they'd done this with the snes 3ds games instead of the woeful bogohp. I would've lapped a fair titles up for £4 each. not paying nearly double that
21st Mar 2016

I suspect the custom chip Starwing had is yet to be replicated in emulation (at least officially).

I lived the bit when you completed the game when they'd tot up your destruction and they'd charge the General - clearly Fox and co were mercs, not soldiers. "Whaaaaat?"

​It's excellent, they overhauled the graphics too so it feels really slick. I'm still tempted to get the VC version just wish I could be sure that my purchases will be recorded for the next run of Nintendo consoles.
21st Mar 2016
StarFox 64 is one of the few N64 title that doesn't look dated. GoldenEye 64 in comparison looks rubbish! I'm surprised my eyes didn't bleed all those years ago playing them on the N64
Edited by: "Poch" 21st Mar 2016
21st Mar 2016

SuperFX chip would need to get licensed, because it was developed by Argonaut games and that company was bought up by some other crappy company, that probably wants trillions for it.

Can you reload from that point more than once? E.g if you start off on the hard route, save your game.

if you then make an absolute hash of it, but don't save your progress, what happens to your last save (if that makes sense)?
Thanks
21st Mar 2016

Do a barrel roll!

price of an after work pint? I'm in.cheers op

Where do you live? oO