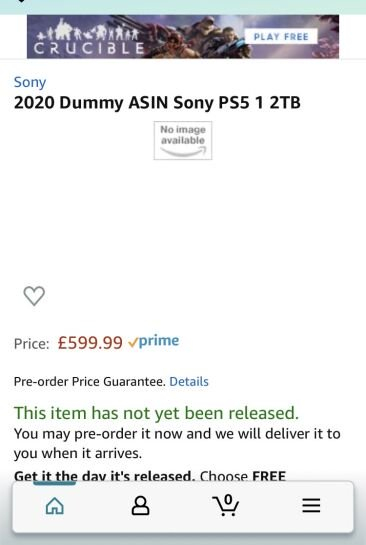 
The PS5 (or PlayStation 5) is the next-generation PlayStation console, with a release date confirmed for late 2020. Sony hasn't revealed what the PS5 looks like or what it costs yet, but we're on the brink of a June 11 PS5 games reveal event called the Future of Gaming, which will finally reveal what we'll be playing on the console from launch and beyond.

Sony has previously revealed the DualSense PS5 controller, which includes a slew of impressive-sounding features like haptic feedback, adaptive triggers and a built-in mic. What really stands out about the DualSense controller, though, is its radically different look and space-age black-and-white color scheme, which suggests the PS5 design have a similar look – and will mark a significant departure from its predecessors.

Just as important as the DualSense Controller are the PS5 specs, discussed in detail at Sony's March reveal event. Lead system architect Mark Cerny provided us with a deep dive into the PS5's system architecture, revealing the technical inner workings of the PS5. We'll cover them in more detail down below, but the short of it is that the PS5 is rocking an AMD Zen 2-based CPU with 8 cores at 3.5GHz, 16GB of GDDR6 memory and a custom RDNA 2 AMD GPU that puts out 10.28 TFLOPs of processing power.

When it comes to other PS5 features, we know the next-gen console will have ray-tracing, a super-fast SSD, a built-in 4K Blu-ray player and will be backwards compatible with a huge swathe of the PS4's game catalogue. Hey, it may even have voice assistant capabilities to tell you how long it will take to beat levels. So far, the PS5 is living up to the hype, but it's the games that'll make all the difference.

Want all the juicy details? Here's everything we know about the PS5 so far – and what we hope will be revealed the closer we get to launch.