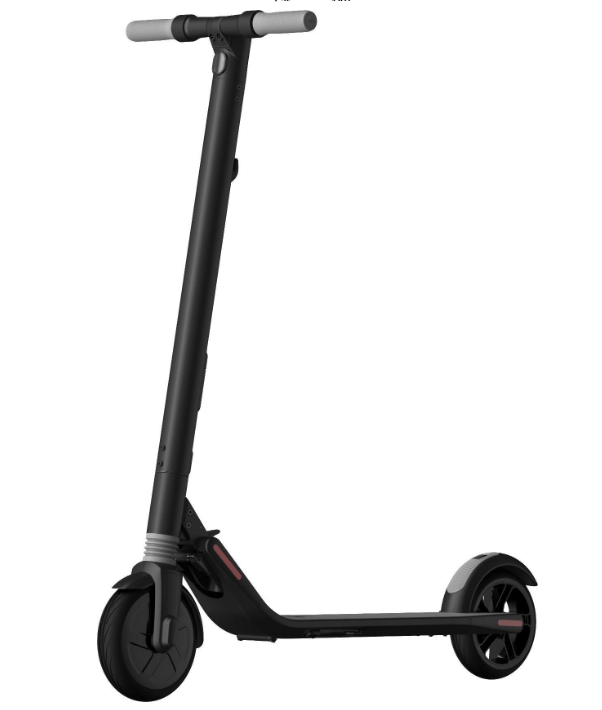 I guess you have not seen me driving
23rd May

Do they ban cars when they knock down people?
48 Comments
22nd May
Getting very tempted now :/ . Any difference between this and the ES2? Rather take the chance on one of these then get the bus when I have to go back to work.
22nd May
I’m waiting for the Xiaomi Pro to come down in price
22nd May
These are great, but a quick note - bigger and heaver than you'd expect! If you think it's like your kids' scooter and a bit more, erm no.

Definitely would prefer to pay for and use this over any public transport at the moment too!

Have some heat
22nd May
Can these be hacked to go faster? Was holding on to get the g30 max but more or less double the price and less portability. Option to get the extra battery for this in the future anaurl.
22nd May
I think this es2L model is not as good as the es2 sold by pure electric.
22nd May
So very tempted by this, I read that this model has the same performance capabilities as the ES2 but is restricted to comply with Nordic laws. I'm presuming this can be unrestricted via the app anyway.
22nd May

Not sure about this particular model, I recently purchased the ES4 from Pure Electric for £485.

The ES2/4 are able to take custom firmware and boost there speeds, range and Accel.

No idea about this model, but I think expect it's a slimed down/cheaper basic version of the ES2.
23rd May
Just seen this Please note, that it is currently against UK law to use a 'powered transporter' on pavements, roads and cycle lanes. For more information on this please click this link. so whats the point of this if you cant use it ?
23rd May

Sure I have seen these on the roads they seem to go fast. What would be the point for private land? And how would that be useful for getting to work ?
23rd May

I dont think it's actually enforced. Not judging by the amount I used to see in Central London every day on my cycle to work anyway.

Supposedly they're also rushing through making them legal to help reduce public transport use when things start to re open too.
23rd May

Ive been almost run down by them on the pavement a couple of times! They seem to go about 20mph! They should stay banned. Folk shouldnt be so lazy And walk or pedal cycle
Edited by: "tikibeach" 23rd May
23rd May
Last I heard these will become legal soon (Covid - thank you) but possibly only if limited to 12.5mph (average peddle bike speed).
Like someone said earlier, I too just bought an ES2 recently and they are much heavier than you would think. Really difficult to carry around with the balance etc...
23rd May

Do they ban cars when they knock down people?
23rd May

Do they ban cars when they knock down people?

Cars dont go 20mph on the pavements
23rd May

I guess you have not seen me driving
23rd May
Iam looking for with seat option is that one any good?
scootercity.co.uk/zip…BwE
23rd May
@paulincov Pure Electric have a price match policy. It doesn't specify if they can do it retroactively but might be worth giving them a call, especially if it's still within return dates
23rd May

I have a Xiaomi M365 scooter and use it 'illegaly' to get to uni most days. Truth is, as long as you're not riding like an idiot, no-one cares. My city is also going to be a trial city for e-Scooters and seems like govt is starting to look into rules / regulations for these rather than using the outdated laws from the 1830s and 1980s
23rd May

Do they ban cars when they knock down people?

They send their drivers to prison when they drive on the pavement !
23rd May
Anyone using similar escooters on daily basis? I was planning to-and-fro to train station most days say 4 miles per day. Is it sturdy for that?
23rd May

These are currently going through testing in UK for a change in legislation. Why on earth would you spend this amount of money without knowing what scooter will get approved for uk. You probably won't have to wait too long before you know which ones to buy and spend your money on which will be legal.
Also once legislation is in it is likely there will be a clamp down on illegal ones.
23rd May
Had an ES2 a week and use it for commuting. As long as you use common sense and don't use sports mode as you approach the public, I have noticed people smiling, saying 'hello' and looking in awe. They are great machines but need to be used sensibly, like any other 'vehicle'.
Laws will be changed soon enough to make them 'legal' but currently they are not, although it doesn't appear to be getting enforced so I would recommend this scooter.
Battery charge is quick, mine lasts about 9 miles but I am starting and stopping a lot, weighs about 12kgs which is pretty good for a scooter.
Recommended, but use your head!
23rd May

I think this es2L model is not as good as the es2 sold by pure electric.

They send their drivers to prison when they drive on the pavement !

So the same for Scooters then, its the driver/rider not the vehicle.
23rd May

You are absolutely right, but I couldn't wait when the ES2 was £275 on Pureelectric eBay for new refurb last week. To be honest I buy things, play around and sell once I have had a go, so the £275 was not an issue. I wouldn't care if it cost me just £100 loss to have a go and play around with it. What I do worry about though is that people say just don't mess around and you wont annoy the police. I find police are very human and if they had a bad day they will pull you. I just hope it's not me. I had two instances with drones flying legally where the police were incorrect (and probably had a bad day).
23rd May

Once they are made a legal form of transport the guidelines for the police are there. A couple of complaints from people, targeting operations.
I think people just need to be aware, they chose but be aware. Hope you enjoy your scooter.
23rd May

Some folk may not have be healthy enough, have the time or desire to walk 10 miles to work. Surely the solution is to accommodate those who want to use them by letting them use cycle lanes so they don't have to use the pavement.
23rd May
I'd be interested in these if when caught riding these on the road/pavement i only had a fine, but as you can get points on your driving licence i won't take the chance.
23rd May

I had bought one early not knowing the L stands for legal restriction. I have looked into it and found some info and I hope I can lift the speed restriction tomorrow as I ordered it next day delivery.

Here a video showing what needs to be done. 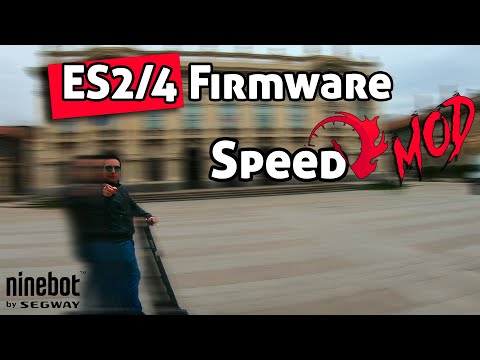 https://esx.scooterhacking.org/ this is a CFW creator site that shows the ES4L which is essentially the ES2L so I am hoping this will work. I'm going to set the firmware to a lower version then the latest so if it doesnt work you'll be able to update it to the latest official firmware in the app with no hassles.

I will update you all tomorrow to see how I go.

If it works then I'm ordering the Extra Battery Pack tomorrow!
23rd May

Awesome, great work! I'll look forward to hearing about your experience. I did also see the extra battery pack doesn't increase the speed on the restricted version, which would be disappointing unless you can essentially bypass the restriction to make it a standard ES2. Thanks again
23rd May


You can get the Segway ES2 for £349.99 here and if you subscribe to the news letters you get an extra £5 coupon. So I have order that instead before they run out.
23rd May
I hope this helps some people. So I wouldn't recommend this model at all now.
23rd May

250w? The box website states the es2l is also 300w.
how have you discovered it is only 250w? Did you get yours and it was in the manual or something?
23rd May

Wouldn't make sense to walk if you can cycle or reduces your journey time, you can cycle but you need to invest in one that is foldable and light so you can take it on the trains during peak times.

Any other suggestions or are you going to continue to be a spoil sport?
23rd May

The only problem with that idea is that a cyclist can easily be faster than a scooter - particularly off the line.

When I cycle to work through London, I've lost count of the number of times some idiot on a scooter has sat in front of me whilst I'm waiting at traffic lights (what do they think I'm waiting there for!), and then I get stuck behind them. But maybe that's more a mark of the riders than the scooters themselves.

I had a go on some in Krakow where they're legal, and I must admit, they're good fun. Ultimately, there are so many about that they'll have to be legalised eventually. My only problem is that most of the people I see using them appear to be fit enough to cycle, so why not just do that? At least that way you get exercise, and it's no slower.
23rd May

Spoil sport ?
24th May
Seems like this would be legal under current proposed new regulations consultation paper issued whereas the standard ES2 or xiaomi ones wouldn’t if the 12.5 mph top speed limit makes it into legislation as proposed

Vehicle design
We will define an e-scooter as a motor vehicle which:

is fitted with no motor other than an electric motor
is designed to carry one person in a standing position with no provision for seating
has a maximum speed of 12.5 mph
has 2 wheels, one front and one rear, aligned along the direction of travel
has a mass, excluding the rider, not exceeding 35 kilograms
has means of directional control via the use of handlebars
has means of controlling the speed via hand controls and its power control defaults to the ‘off’ position
To achieve this, and in agreement with trial areas, we will issue vehicle orders under s44 of the Road Traffic Act 1988 for vehicles assessed as being suitable to participate in trials.

In this definition, we propose to allow e-scooters to be used up to 12.5 mph. This is the same speed limit applied in France, Germany, Denmark and some other countries. We consider this an appropriate limit for e-scooters being treated like cycles and being used in cycle lanes and tracks. We also seek views on whether a speed limit of 15.5 mph would be more appropriate. This would match the speed limit for EAPCs.

We are also considering including a maximum motor power of 350 Watts within the definition of an e-scooter.