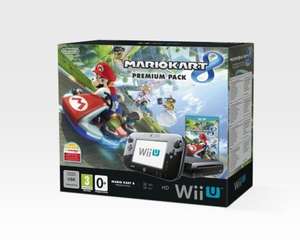 The Wii U/Mario Kart 8 bundle is currently £219 to preorder at Tesco. Use code TDX-JGCV to bring it down to £199. As has been pointed out on the site already here - hotukdeals.com/dea…551, Nintendo are giving away an extra free game download with Mario Kart 8, making this deal the console and two games for less than £200.

It's a preorder as Mario Kart 8 isn't out until May 30th, but at this price, who cares?!

The games you get with Mario Kart 8 are: