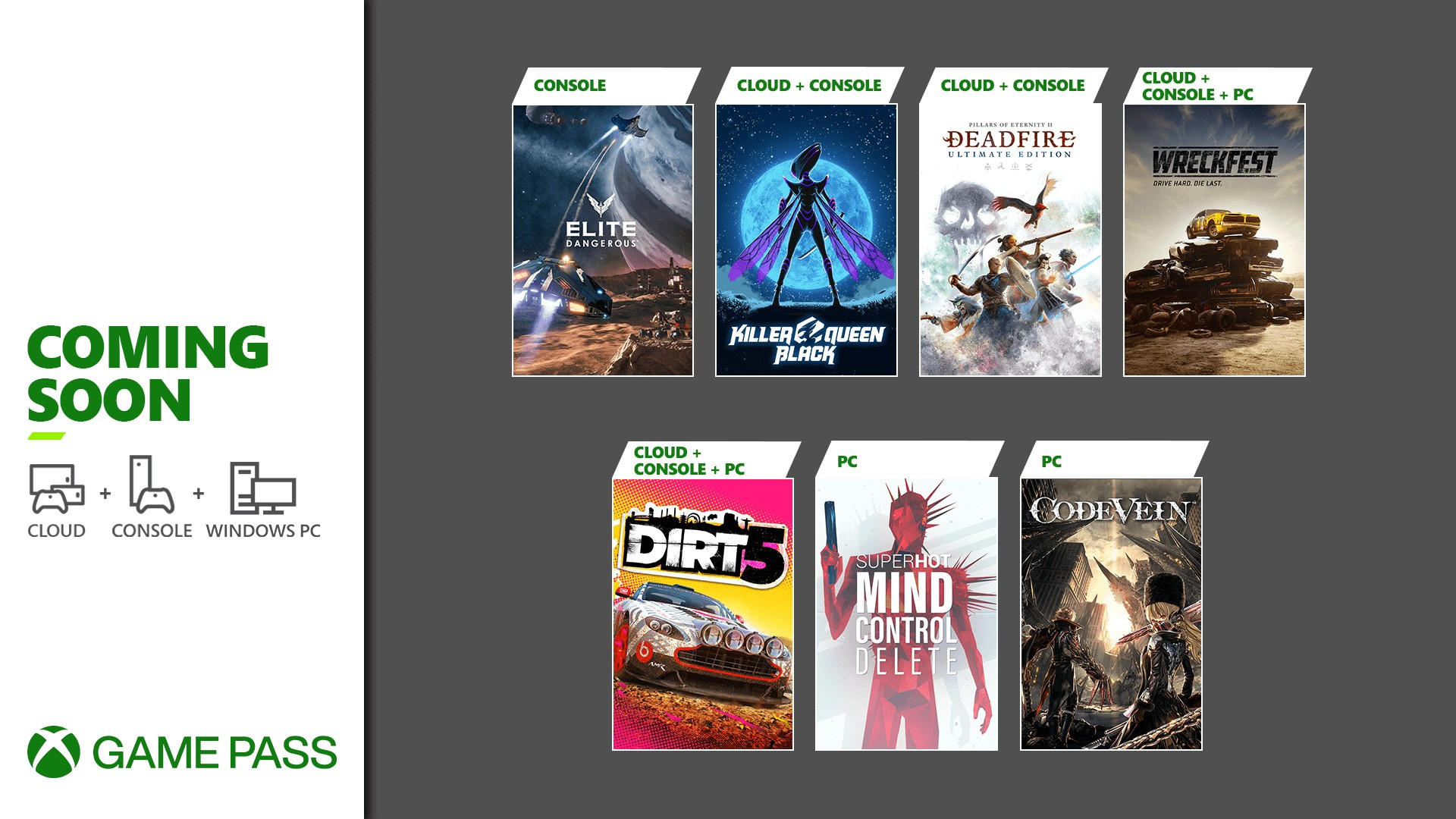 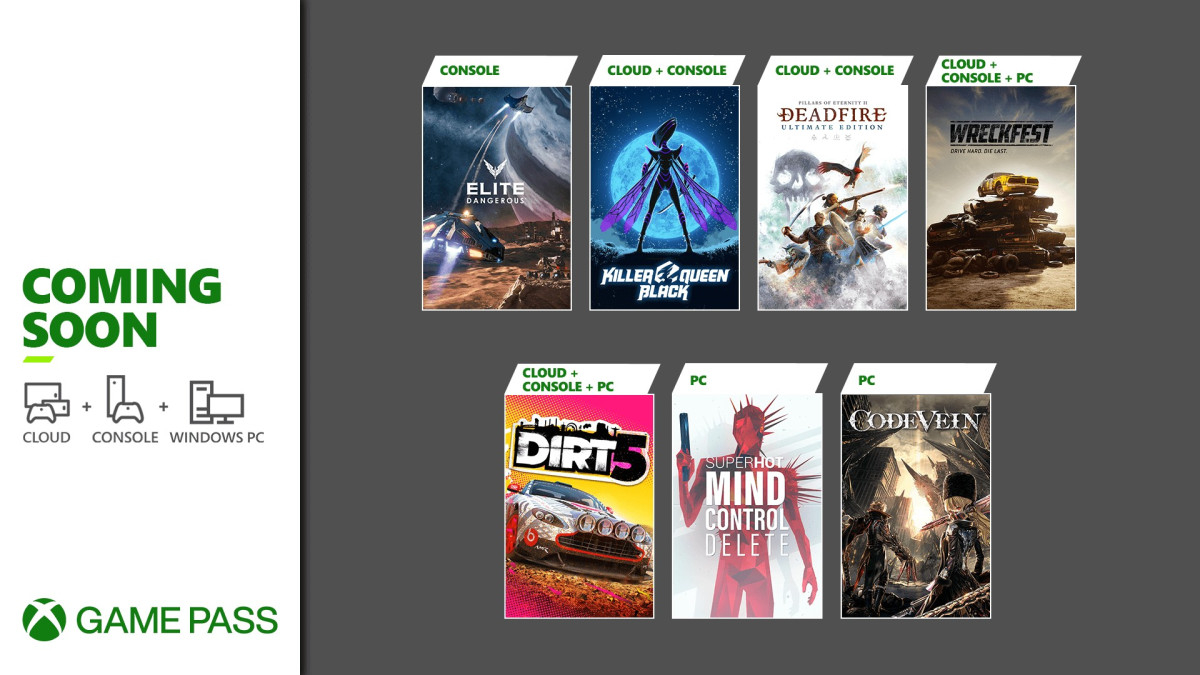 Code Vein (PC) – February 18
In the not-too-distant future, a mysterious disaster has collapsed the world as we know it. At the center of the destruction lies a hidden society of Revenants called Vein. Team up with your friends and embark on a journey to the ends of hell to unlock your past and escape your living nightmare in Code Vein.

Pillars of Eternity 2: Deadfire – Ultimate Edition (Cloud and Console) ID@Xbox – February 18
The ultimate edition of the award-winning RPG from the masters at Obsidian Entertainment is coming to Xbox Game Pass, featuring all major updates and expansions. Bend the world to your will as you explore the depths of infinite possibilities, including detailed character customization, total freedom of exploration, and more meaningful choices at every turn. Pillars of Eternity II: Deadfire Ultimate Edition redefines the role-playing game experience for a new generation.

Wreckfest (Cloud, Console and PC) – February 18
Break the rules and take full-contact racing to the limit with Wreckfest! Expect epic crashes, neck-to-neck fights over the finish line, and new ways for metal to bend. These are the once-in-a-lifetime moments that can only be achieved in Wreckfest, with its true-to-life physics simulation crafted by legendary developer Bugbear, who also brought you FlatOut 1 & 2!

Killer Queen Black (Cloud and Console) ID@Xbox – February 23
Fight for your hive in this strategic team platformer! Killer Queen Black is an intense multiplayer action/strategy platformer for up to eight players. Hop on the snail, hoard berries, or wipe out the enemy’s queen to claim victory. Fly solo, or team up with three of your friends as you race to complete one of three possible victory conditions.

Dirt 5 (Cloud, Console and PC) – February 25
Get behind the wheel of incredible extreme cars and tear up the most stunning global locations in Dirt 5 – the next generation of off-road racing. The award-winning racer from Codemasters delivers a story-based Career mode, the all-new Playgrounds custom arena hub, customization options galore, thrilling online party modes and more, all with a pumping official soundtrack and bold art approach.

Elite Dangerous (Console) – February 25
Take control of your own starship in a cutthroat galaxy. Elite Dangerous is the definitive massively multiplayer space epic, bringing gaming’s original open world adventure to the modern generation with a connected galaxy, evolving narrative and the entirety of the Milky Way re-created at its full galactic proportions.

Superhot: Mind Control Delete (PC) ID@Xbox – February 25
Time moves only when you move. The long-awaited third game in the groundbreaking Superhot franchise, Superhot: Mind Control Delete gives you more insight into the signature power fantasy world of Superhot with more story, more signature gameplay, more action, and more guns. Keep dancing the slow-motion ballet of destruction for so much longer than ever before.

In Case You Missed It

Monster Hunter: World (Cloud)– Available now
Welcome to a new world! Take on the role of a hunter and slay ferocious monsters in a living, breathing ecosystem where you can use the landscape and its diverse inhabitants to get the upper hand. Hunt alone or in co-op with up to three other players, and use materials collected from fallen foes to craft new gear and take on even bigger, badder beasts!

On February 18, Ultimate members will have new ways to play these 7 cloud enabled games via their Android devices with fully customized Xbox touch controls!

With Dirt 5 coming soon, it’s time to say farewell to Dirt 4. Remember to get some practice in Dirt 4 before it leaves the library on February 24! Don’t forget to dive into the rest of the games leaving the Xbox Game Pass library on February 28. As always, you’ll be able to use your member discount to save up to 20% on games if you choose to purchase them before they go!