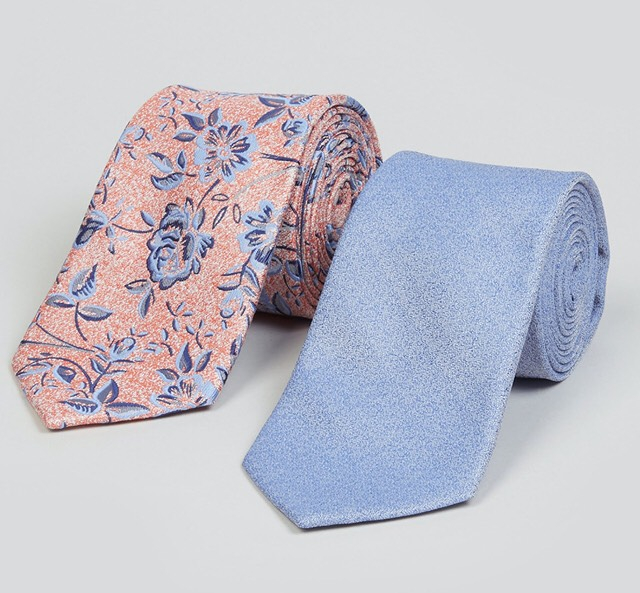 242°
Posted 14th AugPosted 14th Aug
Taylor & Wright 2 Pack Floral Ties - £1.50 at Matalan + free Click & Collect
£1.50
Update your formal collection for the new season with this pair of ties from Taylor & Wright. The pack includes one blue tie and another in coral, finished with a smart floral … Read more
Get deal*Get deal*
snil

Where you gonna go with your tie on.

I think I still have some floral ties from the first time round....... 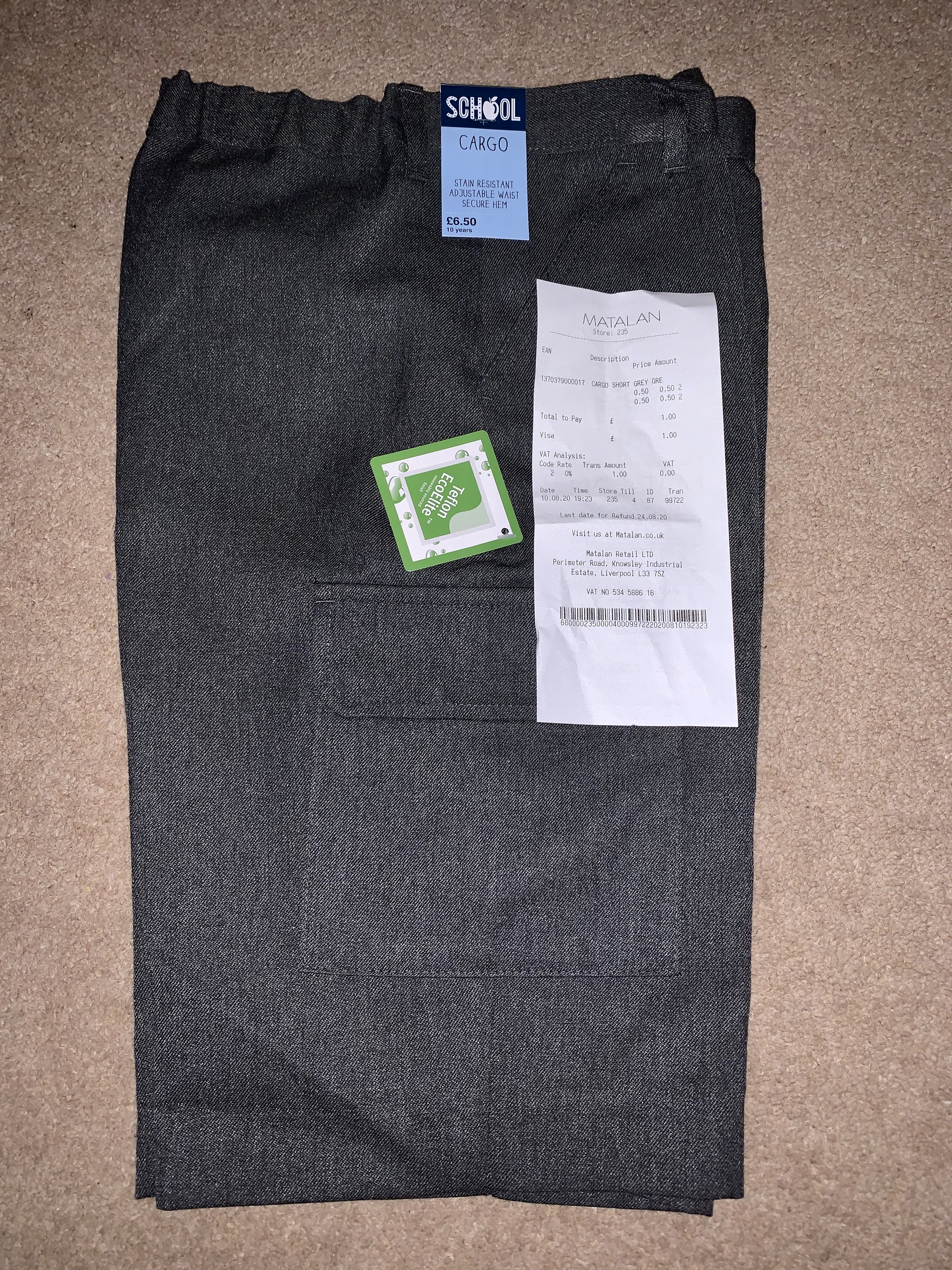 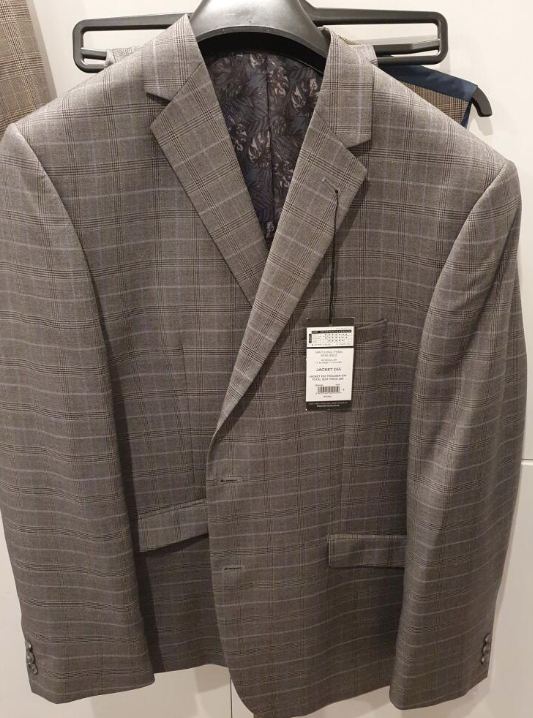 237°
Posted 9th AugPosted 9th AugLocalLocal
Suit complete for £20 at Matalan Swinton Manchester
£20
2 piece check suit for £20 matalan swinton Manchester yesterday and another one plus a waistcoat for £8 more. They had a huge 70% clearance on men and womens clothing
Get deal*Get deal*
Nathan

It won't be a Tom Ford but definitely a nice, basic suit and for £20, a steal! Heated.

Not too fussed on the pattern but heat for the deal. I've bought a couple of suits from Matalan over the years, and pleased with the quality at that kind of price point.

Looks like there's a tramp looking for his suit back. 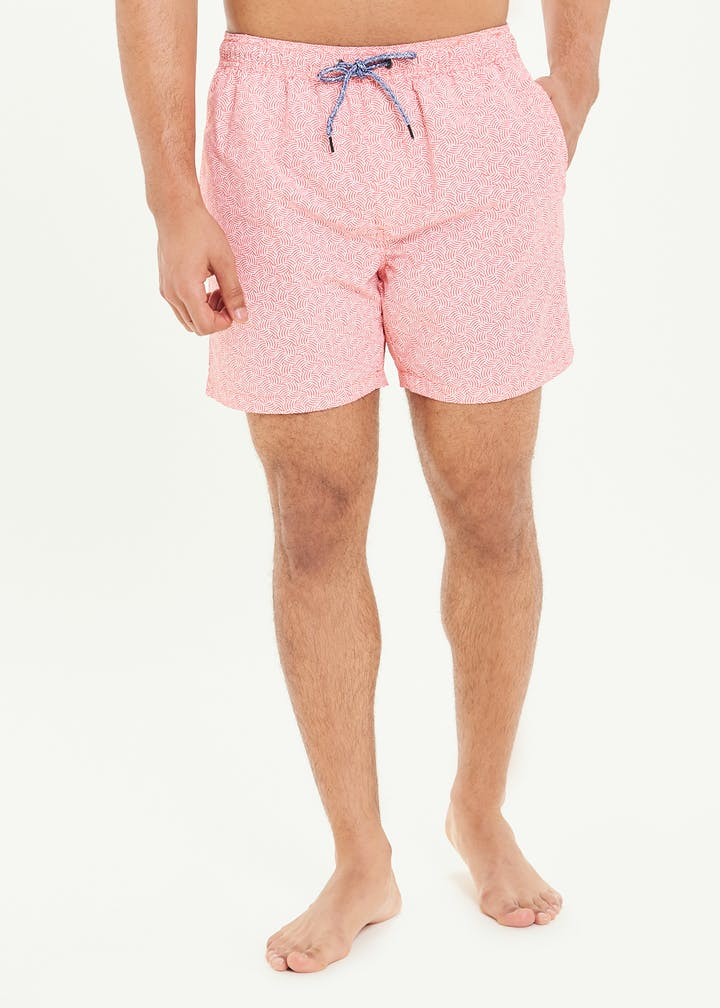 Thank you so much

Perfect for going on holid... Or at the local swimm… Nevermind. :D heat added by the way, real men rock pink

You can wear them in France on the beach or in your own private pool. Just not in shared pools.

276°
Posted 1st AugPosted 1st Aug
Black Cork Block Heel Sandals £3.50 @ Matalan - (Free Click and Collect) Also available in-store
£3.50£1475%
Summer style is easy when you have these strappy sandals in your collection. Styled with a black faux suede upper and cork block heel, these sandals can be dressed up or down - try… Read more
Get deal*Get deal*
NP23

They're still available in store if you're lucky :)

That's fantastic!!! So pleased they had them for this price in store too (y)

Managed to get a pair in store today - soooo happy

the sliders for £2.50 also seem good value to me

Brilliant! Thanks so much for that :)

Can't comment on the magic ones but I bought a pair of the thinsulate ones listed last winter and they are a STEAL at £1.50. I've just ordered another pair as spares.

Not as magic as I thought they'd be

Lots of t shirts for £1 . Bought as well

Thanks for posting, ordered one :)

301°
Posted 30th JulPosted 30th Jul
Perfect Short Sleeve T-Shirt - £1.00 with free click and collect @ Matalan - Lots of styles and prices from £1.00 Please see OP
£1
All sizes in stock at time of posting. Fan of your versatile basics? We've crafted what we think is the perfect t-shirt. With short sleeves and a universally flattering crew neck,… Read more
Get deal*Get deal*
Seetea18

@ScorchingHot, there is a warning on the website that deliveries are delayed and may take up to 14 days - not sure when this was added though as only just seen it recently. I have had 2 emails from them today - one to say my items have just been despatched - the other saying over half of my original order being cancelled due to out of stock items - grrrrrr!

Just a word of warning, I ordered from Matalan 13 days ago and my order still hasn’t been delivered!

Thanks, op - took a chance and bought a few tops.

Have always found Matalan clothes true to size and good quality. You could always get 2 items in different sizes and return ones that aren't any good. :) As long as they meet the Matalan returns policy (ie) still with tags and with receipt, etc.

53° Expired
Posted 30th JulPosted 30th Jul
Saddle Bag - rust-coloured £4.00 with free click and collect @ Matalan
£4
This rust-coloured saddle bag is a brilliant nod to all those well-known fashion houses which have produced them over the decades. It's an absolute classic. Aficionados will love i… Read more
Get deal*Get deal*
ZanyAngel

Yes mine arrived at the store but I haven't collect them yet. Ordered on 27th July.

Anyone have any luck receiving there suitcases?? Mine haven’t arrived yet &#x1F629;

I will be using mine as a canoe to avoid the uk quarantine.

Thank you. Just placed my order for 2 medium.:)

All out of stock now except cabin size.

179°
Posted 19th JulPosted 19th Jul
Brown Leather Monk Shoes @ Matalan - £12 + free click and collect from store
£12
Credit goes to the original OP who posted the Matalan deal. Thought this deserved a separate post as this is a different style and might suit some. Excellent price for the style an… Read more
Get deal*Get deal*
spongebob1913

for disposable shoes, this is actually quite expensive.

I've got a blue light card, wish I'd have known.

Armed Forces,Blue light &amp; NHS get 10% off their prices, every penny helps....

For that price can’t go wrong..ordered

Order cancelled, apparently no stock! Even though I ordered early

I suppose a clean toilet is a win

Key for the toilet door, cleaned after every person uses it.

Just what you need for the flight, no food either.

Price drop.... at least they will have a soft landing (highfive)

How have I lived all my life without one of these? Now I know what's been missing to make it complete!

"faux fur tail" - Just in case you were worried about funding the squirrel tail trade.

Exactly why don’t they have a red one, British squirrels matter!!

Founded in 1985 by John Hargreaves, Matalan sells competitively priced clothes, toys and home wares along with sporting goods and jewellery. Most stores are based in large warehouse type buildings in out of town locations, a concept that John Hargreaves has seen work successfully in the United States, which he then replicated in the United Kingdom. The first Matalan shop was opened in Preston in 1985, and now this figure has grown to over 200 stores across the UK.

Shopping at Matalan is bright, breezy and affordable too. You’ll always find stylish collections at prices that beat the high street every time. And if you’re looking for Matalan deals to make your money go further, shop online with hotukdeals where you can kick back, relax and find the best deals from the comfort of your own home.
There are plenty of multi-buys and discounts coming and going across the seasons. Look out for Matalan sales too, where fashion is even more affordable for the whole family. And when there’s a homeware sale, you can give every room a refresh for up to half price. For the little ones, Matalan have got the latest fashion for kids, from practical outdoor clothing to schoolwear and budget fashion buys. They’ll love their stylish new outfits, and you’ll make a tidy saving on all the things they wear. Read on to find out more about more about what Matalan have to offer. 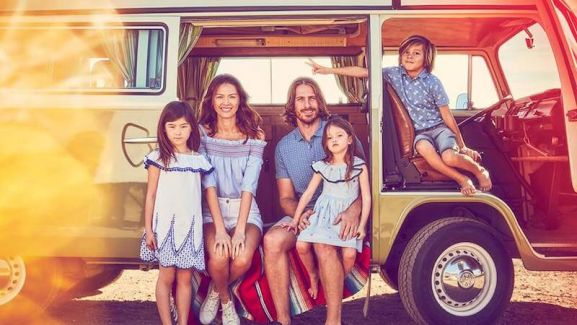 Where to Shop for Matalan Products

Matalan has a retail website where their full range is available, plus more than 200 high street stores located throughout the UK. To find a Matalan that's close to you, use the Store Finder feature on their website. You can search using a particular region or postcode, or by selecting a store from the list.

What to Shop for at Matalan

At Matlan you can find a wide choice of clothing and goods for the home. So it's easier for customers to find what they need, Matalan has divided their site up into a number of different departments. Here are the nine most important sections:

Along with their own range and house brands, Matalan also stocks a number of well-known brands. Here is a list of the top ten you can find there:

Great Deals in Store and Online with Matalan

Each different department on the Matalan website has its own Sales and Offers section where last season's products and end of range items are sold at reduced prices. There are also regular deals like two for the price of one, or buy two get one free. Throughout the year Matalan has discounts of up to 70% on specific ranges. Matalan celebrates the Black Friday event with discounts across their ranges and house brand collections. In previous years they have had a half-price sale on baby products, clothing, shoes and also Christmas stock.

You can order from Matalan online without having to sign in as an account holder. However, once your transaction has been processed, you can choose a password and open an account if you wish to. If you sign up for the Matalan Reward Card, you'll receive a money off voucher as a welcome gift, a birthday voucher and invitations to exclusive in-store promotional events. Matalan details each item that they sell on their website, they include a product description, images, and customer reviews. In addition, some collections, including the women's range and the men's range, have an online brochure for customers to browse through.

Paying for an Online Order at Matalan

If you place an order with Matalan, you have three delivery options. Standard Delivery takes 5 working days and costs £3.95. If you order over £50 worth of goods it is free, but you cannot use any promotional codes in conjunction with this offer. To receive your items sooner, you can go for Next Working Day Delivery, although you need to order before 12pm and any orders placed later than Thursday at 12pm, up until Sunday, will be with you by Monday. This service costs £4.95.

Returning an Order to Matalan

You can return most items to Matalan within 28 days of purchasing them. Your goods should be in a good, resalable condition and still have the tags attached. If you'd like to return an order by post, here's what to do:

Alternatively, you can take your order along with the delivery note, to a Matalan store for a full refund.

Matalan is very active on social media with a number of accounts which they use to share customer generated content, promote new lines and advertise special offers. You can keep up with Matlan on the following channels:

You can download the Matalan Reward Card App to Android or iOS devices. It gives you access to your Reward Card account, plus a store locator and a range of offers that are tailored to your spending habits.

The Matalan blog has regular updates on new lines, fashion tips, and advice that relates to seasonal looks. You can also sign up for their newsletter to receive news about Matalan, details of their upcoming clothing lines and money saving offers. 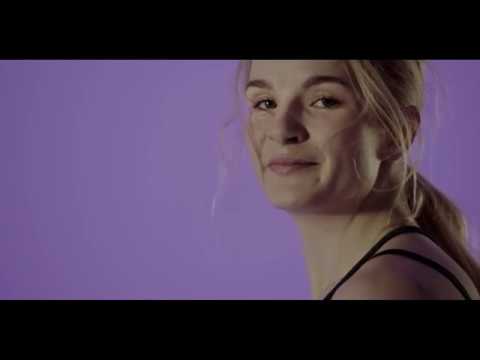 Should you need to speak to a member of the Matalan team about any aspect of their service, you can call them on 0333 0044444. They are open Monday to Sunday from 8am to 6pm. Alternatively, you can e-mail them at cs@matalanonline.co.uk or consult their FAQs. It's also possible to write to them by post at:

Clothing and Homewear Offers from Matalan at hotukdeals

The best money saving offers and promotional discounts for this brand are collected by hotukdeals and published on our dedicated Matalan merchant page.