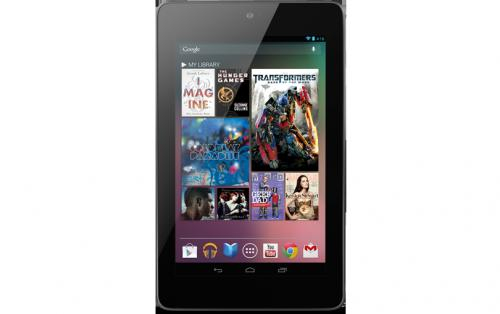 For a limited time, includes £15 of credit to spend in the Play store, as well as some great free content like your own copy of Transformers: Dark of the Moon. The 16GB is also now available from other retailers such as eBuyer, Currys/PCWorld, HMV with free delivery.

NO SD SLOT but you might be able to root the device and use Stickmount with an "OTG" USB cable to connect a USB flash drive or card reader.

Instructions on how to root the Nexus 7 tablet:

We've just had word from ASUS that the 16GB variant of the Nexus 7 will arrive on UK shelves on July 27th -- slightly later than the 8GB model, which will be sold exclusively through Google Play from mid-July. Brits are looking at £159 for the 8GB tablet and £199 for 16GB. The latter is actually shipping to big stores like PC World, Comet, Tesco and eBuyer around July 20th, so those who pre-order may end up signing for that Special Delivery even earlier.

Update: the 16GB slate will also be sold through Carphone Warehouse, either for the same price as above or free on a tethered contract (but check those sums before signing up, obviously).

How to cancel your order: