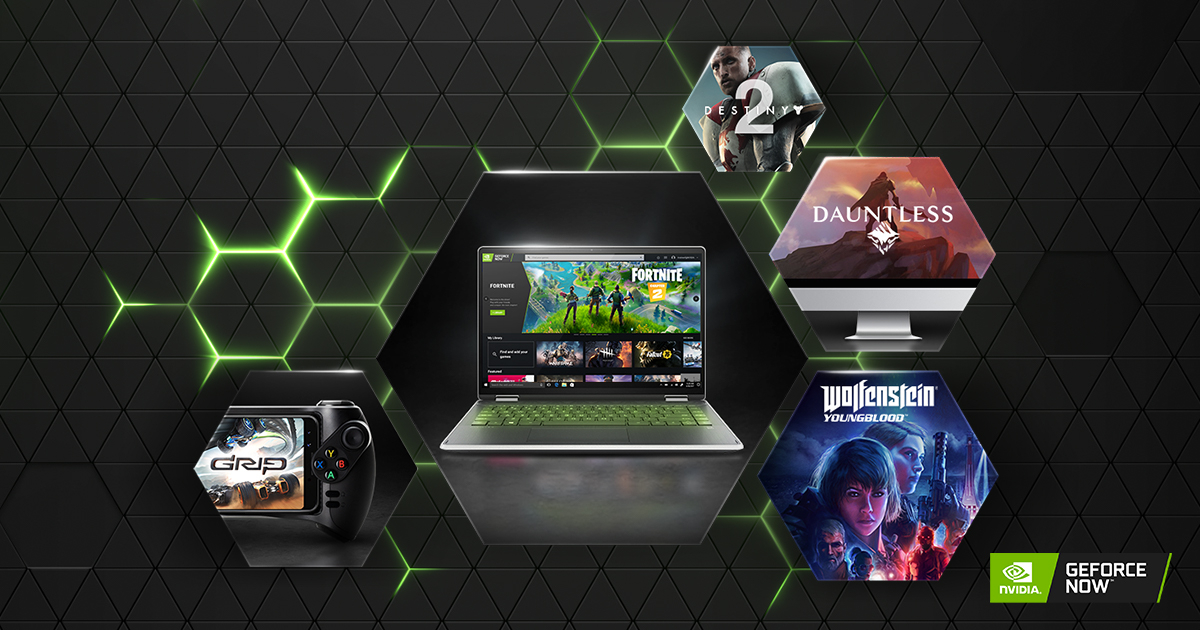 £59.88NVIDIA Shop Deals
35
Get deal*Get deal*
35Get deal*Get deal*
Posted 17th Jun
Just a heads up that the FOUNDERS GeForce Now is available to sign-up for again (it has been sold out since soon after it came out of BETA). Not sure if this is really a deal or discussion so please move if you want

It states that it's £4.99 for the first 12 months at which point I assume they'll review the pricing again....but at the very least that's £60 for the entire year which seems like a bargain to me.

I was part of the beta but missed out on signing up for founders in time and have been kicking myself since. I signed up a couple of nights ago and have been playing on my SFF HP Elitedesk connected via ethernet and it's been great - lag has been minimal and I've really enjoyed it so far.

Sideloaded the android apk on my Firestick last night to test and there was more lag but some games were still playable - I really think this is a result of being connected via wifi.

For those not sure as to whether they want to dive in I'd recommended signing up for a free account to test performance first, and also to check what games you'll be able to play - this has been the main issue with the service so far as publishers need to sign up to the service to allow their games to be played. Hopefully it'll get better over the next few months but I'm satisfied with my library for the time being.
PostTweetShare Share with WhatsApp Share with Messenger
Community Updates
NVIDIA Shop DealsNVIDIA Shop voucher codes
New Comment SubscribeSave for later
Top comments
17th Jun
Publishers' obstinance towards this service is really perplexing to me as at a technical level it's no different from using something like a Steam link to stream a game from your PC to your TV.

Agreed happening alot now
17th Jun
What is this exactly? Another Steam?
17th Jun
What sort of internet speed do you need for this? Whilst I have a 300mb connection the PC I'd mainly want it for is on powerline adapters that are pretty poor.
17th Jun

actually you can use yours steam account but many titles not supported.
17th Jun
Personally I'd be wary buying games to play on this platform with the amount that's been removed, I don't have a PC so have been a 'Founder' using a Shield TV box, I had the 3 month trial but I'll leave it at the free tier for now.
17th Jun

Just a streaming service. In principle it links to your existing games library and allows you to stream your games from anywhere.
17th Jun

The game runs on the cloud, your inputs are sent to the cloud, and the cloud returns a video stream of the game.
Needs a strong Internet connection, but minimal computing power locally.

Due to increased latency, decreased image quality, and the limited catalogue of supported titles, if you can afford to own a gaming PC (or even a console) then that'll invariably deliver a far better experience.
Edited by: "TehJumpingJawa" 17th Jun
17th Jun

Same for me.
17th Jun
Publishers' obstinance towards this service is really perplexing to me as at a technical level it's no different from using something like a Steam link to stream a game from your PC to your TV.

If anything, it should be the ISP's up in arms, as they're the ones having to fund the increased bandwidth usage that such services create.
17th Jun
Whats the max resolution and FPS it can stream?
17th Jun

Whats the max resolution and FPS it can stream?

It's ok.. You don't need to. You play games you already own.
17th Jun
Been waiting for this! Cheers OP
17th Jun
I like it a lot, been using the free tier for a while now. Compliments having a gaming PC pretty well. HEAT
17th Jun

Agreed does nvidia ask all game publishers before releasing a new Graphics card :/
17th Jun
I still play on my shield portable using GFN and was playing strange brigade last night, so heat that is available to people to now buy.

I do find it a bit inconvenient signing into UBISoft every time to play a game, but steam just logs in automatically, so is pretty slick.
17th Jun
Do you need this for Moonlight (formerly Limelight)? I’m looking into a makeshift Slingbox replacement.
17th Jun

I wonder if it's simply because it reduces the amount of visits to their storefront e.g. steam, origin, battle.net launcher etc. and they're worried their revenue will drop as a result.
17th Jun

I've been playing Assassin's Creed Origins and Odyssey and don't have to keep signing in....although thinking about it I think that's through Epic which has my Uplay linked so might be different?
17th Jun

Thanks, i did buy ACO on epic but added it to GFN from ubi, ill try the epic version if there.
17th Jun

This is an alternative to Moonlight. With the main computer being in the cloud rather than your own.
Edited by: "Turret" 17th Jun
17th Jun
It's good for me as my PC is underpowered and out of date, yet I can use Geforce Now to play newer games at 60fps. I've been playing Far Cry 4, No Man's Sky and Metro Exodus using it.

However, it seems that the service has degraded since I started with it 3 months ago. I'm getting stutters and dropouts, when that never used to happen. I tried Far Cry 5 during the free weekend and the image kept degrading significantly (maybe a lot of other people were taking advantage of the free weekend...)

Oddly enough, the problem seems worse on my PC with ethernet than it is on my laptop with Wi-Fi. The only thing I can think of is that the laptop has faster RAM and is perhaps able to buffer data more effectively...
17th Jun
Not worth it anymore. I brought 10+ steam games specifically just for this when it first came out but since being public, R6 Siege is the only one still on there. Xbox Game Streaming is still free and includes free games such as Madden 20, WWE 2k20 and the Halo games.
17th Jun
I just tried playing GFN free and was fine using touch on my mobile. However when I tried to bluetooth with my PS4 pad, the buttons don't seemed mapped, appears to be trying to map an xbox controller instead. Also notice input lag on V-Rally 4 unsure if my joypad, but quick search on google appears a common issue??
Anybody successful mapped their PS4 pad and know a fix for this input lag please?
17th Jun
Works great on the Gpd X D plus, better than Stadia and cheaper.
Edited by: "noobfish" 17th Jun
17th Jun

To be honest they've got room to play hardball, at a fundamental level all they are doing is spinning up virtualised machines so in theory they could just accept the added step of you needing to log in properly to whatever service and just installing your games. It would just add cost for them as to do it right they would really need to cache game files locally or store your personal installs. It is inconvenient at the minute to have games not available, but Nvidia took several years of operating the service in beta for basically free and have deep pockets so they can wait them out.
17th Jun
What are the perks of the Founders Edition?
17th Jun

What are the perks of the Founders Edition?

What are the perks of the Founders Edition?

Their FAQS don't really help with this 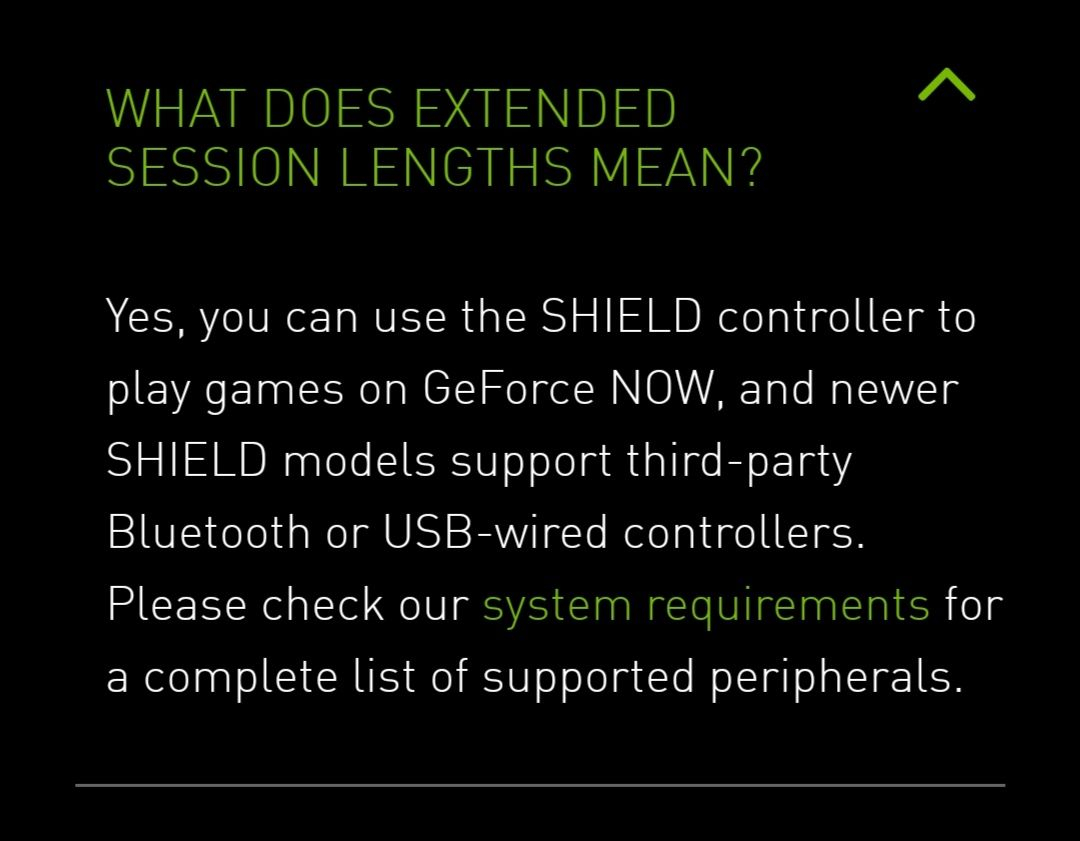 Standard is also normal access meaning you're likely to wait in a queue for servers at peak times, whereas founders will put you at the front of the queue.

I've not personally had to queue with either membership, but then I don't use it that much, but personally for a fiver a month I'd rather have priority access and longer gaming sessions if I want them.

Also founders gives you RTX on if you care about those things.
17th Jun

Ah, ok. So founders is just something they call the paid version. Thought it had extra perks, considering "it was out of stock and now back and available"
18th Jun
I think it's an excellent service. I play on both my Nvidia shield TV's one WiFi and the other Ethernet. The ethernet is rock solid but the WiFi can have the odd blurring picture but hardly notice it to be honest.

I think that the publishers should really be embracing this service as it opens up pc gaming to casual gamers that don't want to invest in an expensive set up.
Edited by: "cat123" 18th Jun
19th Jun
Forgot i even had the basic package from a couple of years back - could never get it to work! Planet Coaster seemed fine when I tried it yesterday. Wow though, the missing games is a bit of deal breaker for me for the paid service. A quick google will reveal whats been removed this year and its a lot.