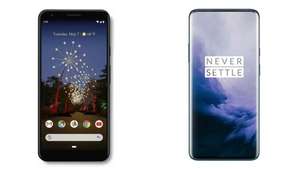 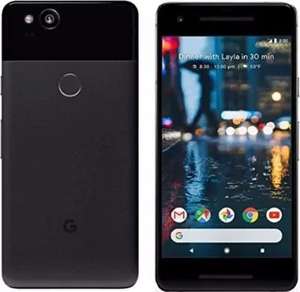 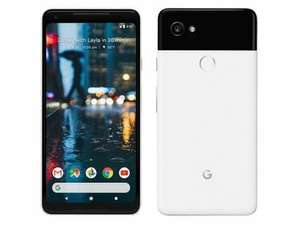 266° Expired
Posted 18th Jul 2021Posted 18th Jul 2021
Pixel 2 XL 64GB white Panda Unlocked Excellent Condition - £99.99 with code @ 4Gadgets£99.994gadgets Deals
Get deal*Get deal*
Still a decent phone if you want a great camera but your budget is low .I have tried almost all pixels from 2 to 5 and to be honest, no matter what pixel you pick camera is very much the sam… 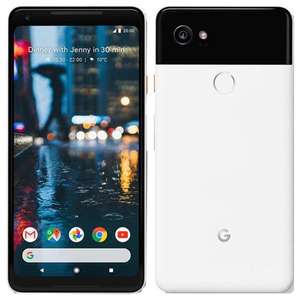 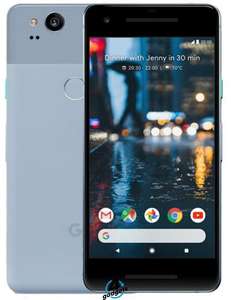 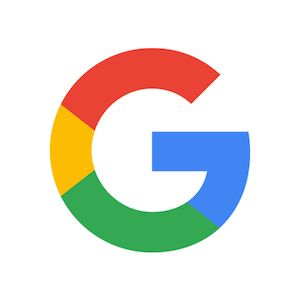 Launched in October 2017, the Google Pixel 2 is a smartphone manufactured by the global tech giant Google, which is a direct successor to the company's Pixel. More than just an upgrade of the original Pixel, the Pixel 2 has been completely overhauled, reducing its size and beefing up its processing power, offering a wide range of cutting edge features for smartphone users to enjoy.

This HotUKDeals buyer's guide will have a look at what the latest Pixel brings to the table, how the Pixel 2 and the Pixel 2 XL square up to each other, and how the phone in general compares to its major competition from Apple and Samsung, So if you're considering a smartphone upgrade, read on.

The first Google phone arrived in 2016 and was the first phone to be released by Google. Until then, the company had been almost solely focused on its dominant web search and Android platform line, but the Pixel represented a change of focus. Now, Google wouldn't just create the operating system for smartphones, it would also design the handsets and features.

The original Pixel was an instant hit thanks to its (at the time) highly advanced camera and the ability to get around storage limits by keeping images on the Google Cloud. The phone also benefited from the connection between Android and Google's phone designers, creating a smooth interface and update system.

However, while the Pixel attracted a loyal following, it still couldn't match Apple's iPhone in terms of sales. Instead, the Pixel was pitched at a premium market, showing off what Google's tech engineers could do. The Google Pixel 2 carries on this trend, offering high-end performance and features which are right at the spearhead of Android tech.

Although the Pixel 2 comes in two variants (the standard Pixel 2 and the Pixel 2 XL), both have some common features, including:

Along with these basic features, the Pixel 2 also comes with a suite of software tools that set it apart from other phones:

How Has the Google Pixel 2 Been Received?

As you can see, the Pixel 2 is a pretty high-spec device, but the same applies to almost all of the leading smartphones on the market (see the comparison below). So how has the Google Pixel 2 and Pixel 2 XL been reviewed by industry experts?

Generally speaking, the Pixel 2 has been well received by journalists, keeping up the standards initiated by the original Google Pixel phone. For TechRadar, the key strength of the Pixel is its camera (hence the name “Pixel”). They have described the photos taken by the phone as “best-in-class” while they also complimented the dual front speakers and the design's water resistance.

On the other hand, TechRadar did have a few issues with the design. Aside from the size of the bezels (which are much larger than the bezels on, say, the latest Samsung phones), they pinpointed the lack of a 3.5mm headphone jack as a major omission.

For TechAdvisor, the Pixel scored highly with its slender body, but its real strengths lie in the software used by Google, including Google Assistant, which felt “right at home” within the overall design – not just an afterthought. And they also raved about the camera, a theme of almost every review.

For TrustedReviews, things were a little more mixed. While they recognised the quality of the camera, they were a little less convinced by the physical design, which appeared clunky to their eyes.

As with most high-end tech products these days, it's hard to find reviewers who absolutely hate the Pixel 2. But it's fair to say that the most lavish praise has been reserved for the camera, not the processor or the physical look. So, if your a selfie-fan or love to capture videos for social media, it could be the smartphone for you.

Different Versions of the Google Pixel 2

The initial Google Pixel was released in two varieties, a “standard” version and an “XL” version, and the Pixel 2 is no different. The two phones have a few differences aside from size, but they are recognisably part of the Google Pixel family. 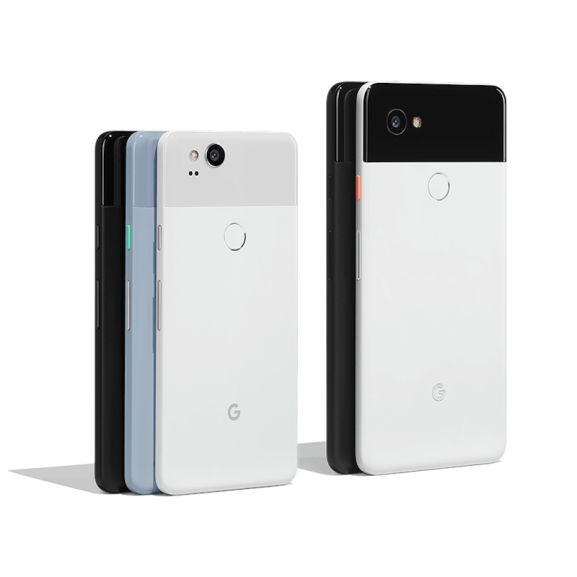 As with all smartphones, the Pixel 2 can best be assessed by checking out its core specifications. Firstly, the standard Pixel 2:

And the Google Pixel 2 XL:

So, you can see that there are some important differences. The XL is larger, has a higher resolution screen (although that might not be so easy to tell because of its larger screen size) and has a larger battery capacity. But fundamentally, the two Pixel 2s are two peas in a pod and it's easy enough to compare them with Apple's and Samsung's alternatives.

Should You Buy A SIM Free or Contract Google Pixel 2?

When it comes to buying a Google Pixel 2, you'll have the standard choice between SIM free or contract packages. Which one should you go for?

The big advantage of going SIM free is flexibility. When you sign a contract, you'll often receive the phone and a set period of usage (often as long as 24 months). The terms of the contract tend to be fairly complex and may or may not add up to a great deal. Sometimes, major mobile companies like Vodafone or Three offer competitive contract deals, but just because promotions are available, don't assume it's the best way to purchase a Pixel 2.

SIM free deals can actually work out cheaper in many instances. This entails buying the Pixel 2 or Pixel 2 XL separately, then securing a SIM only deal from a mobile provider. The upfront cost of the phone will usually be higher, but the cost of using it can be lower over the medium or long term, depending on how you pay for the SIM.

The best option is to shop around with HotUKDeals, where you'll find both contract and SIM free deals for Pixel 2 devices, and take advice from our members who know the ins and outs of getting your phone set up as cheaply as possible.

How Does the Google Pixel 2 Measure Up to the iPhone 8, the iPhone X or the Samsung Galaxy S8?

For many buyers, the key consideration will be how the Pixel 2 stacks up against its main competition, including Apple's iPhone X and 8, and Samsung's Galaxy S8. All of these devices are high-end premium smartphones, but there are plenty of strong and weak points that buyers need to know.

Basically, there's not much between the Pixel 2 and the iPhone 8 in terms of specifications, although Google's suite of software is probably more user-friendly for people who love to take snaps and video. The phones both have a conventional look, although some people may warm to the glass back of the iPhone 8 over the plastic cover of the Pixel 2. The Pixel 2 has a marginally larger screen (5-inches compared to 4.7-inches) and it also has a crisper resolution, again things that appeal to photography fans. Both also lack 3.5mm headphone jacks, so may not suit all audiophiles, but there are some differences where cameras are concerned. Google have gone all out to make the Pixel 2 optimised for casual photographers, mixing a sharp lens with great software. The iPhone 8 can't compete in that respect, but its camera does have one huge advantage: in low-light situations it's much more powerful. However, when you take image processing out of the equation, the iPhone 8 starts to show its strengths, boasting beefier processing power and longer battery life on average. So hardcore app users may want to choose Apple's flagship mass-market model. 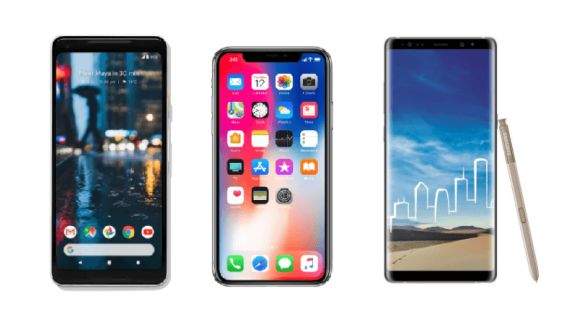 The iPhone X is more advanced than the iPhone 8 (though both appeared in 2017), so as you'd expect, its core processing power beats out the Pixel 2 by some distance. In this case, though, the comparison isn't really between the iPhone X and the standard Pixel 2, but with the larger Pixel 2 XL, so how do these two oversized models compare? Well, in terms of aesthetics, the iPhone X is something else, with it's lack of bezels and generally forward-thinking look, and it also manages to be larger than the Pixel 2 XL without adding extra weight. The iPhone X also features facial recognition instead of Google's TouchID, which may offer a greater level of security. However, don't discount the Pixel 2 XL. It still scores well with its Qualcomm processor and even more highly with its much lower price tag. So while you lose out in some areas, you'll be saving money and purchasing a decidedly high-end phone.

Both the Pixel 2 and the Samsung Galaxy S8 are Android phones, so it's relatively easy to make direct comparisons. And both are also high-spec, impressive smartphone designs. The S8 has been praised for its frontal design, adding more screen space and reducing bezels, which the Pixel 2 doesn't manage so effectively. The S8 also has a 3.5mm headphone jack, something which neither the Pixel 2 or Apple's iPhones can boast. So if you use headphones and want to connect them with your phone, there's no competition. However, the Pixel 2 is superior to the Galaxy S8 in terms of cameras, offering more features and sharper resolution (although the screen actually has a lower resolution). And there's not much to choose between the two advanced phones when you look at processing speed, storage and memory. Most experts tend to see the S8 as the better all-round device, but few people write off the Pixel 2, mainly thanks to its high-quality Android 8.0 software and exceptional photography tools. So it's all a question of how important cameras are when you use your smartphone.

Useful Accessories to Buy For Your Google Pixel 2

As usual with top of the range smartphones, the accessories you use with them can help to extend their lifetime and make them more functional too, so here's a quick selection of accessories for the Pixel 2 that you'll find at HotUKDeals:

The Google Pixel 2 is one of the most impressive smartphones of 2017 and it's brilliantly designed for everyday photography. But it's not exactly a budget phone (even if it is usually cheaper than the iPhone 8 and X). So how can you get the very best Pixel 2 deals around?

First off, think about how you intend to buy the Pixel 2. We've talked about contract vs SIM free deals already, and both have their advantages and disadvantages. The important thing to remember is that, because deals constantly appear, it's impossible to tell what the cheapest option is at any given time. You'll need to shop around and check out the full range of discounts to ensure you get the best Pixel 2 price.

The easiest way to do so is by checking the HotUKDeals Google Pixel 2 listings on a regular basis. Our listings feature all of the best discounts from merchants like Carphone Warehouse, Mobiles.co.uk, Amazon, Currys and CeX, as well as all of the UK's major mobile network providers.

Timing your purchase can also be a great way to save cash. Black Friday in November is always a great time to snap up the latest generation of smartphones, as is Amazon Prime Day in July/August. But great offers appear all the time, so stay tuned.

With its high quality camera and impressive selection of software, the Google Pixel 2 is a major step forward from the popular Pixel. If you're the kind of smartphone user who wants user-friendly photography options and a stylish phone for everyday use, be sure to check out the HotUKDeals Google Pixel 2 listings, where the best prices can be found as soon as they are announced.