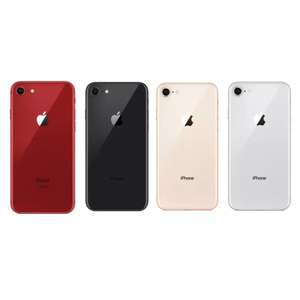 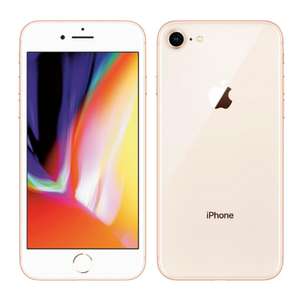 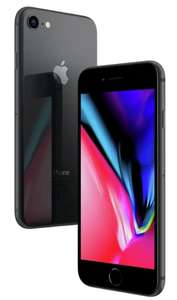 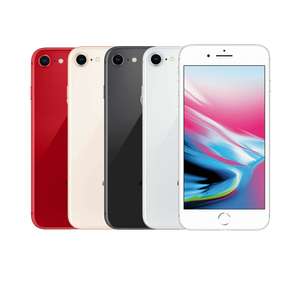 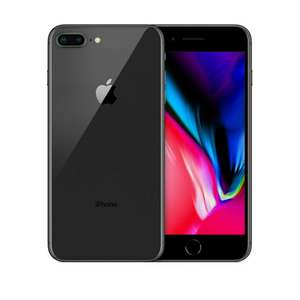 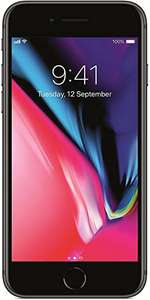 Released in September 2017, the iPhone 8 succeeds the iPhone 7 and is complemented by both the iPhone 8 Plus and the iPhone X. A big step forward in some respects relative to the iPhone 7, it's the most advanced standard-grade smartphone Apple has released with better visuals, a new case design and innovations in the processing and charging departments too.

This buyer's guide will introduce the iPhone 8 and help phone owners decide whether to upgrade. It will have a look at the iPhone X and try to help buyers find the best way to make their purchase in a mobile phone market that doesn't always make that an easy task.

iPhones have dominated the smartphone market since the first model was held up to the tech world by Steve Jobs in 2007. In fact, the first generation of iPhones pretty much invented the smartphone format that has become so familiar and indispensable to people all across the world.

Since 2007, we've seen 11th generations of iPhone arrive, and at every stage the features they include, the power they possess and the elegance of their design have been refined, leading the pack in the global smartphone scene.

In 2008, 3G network support arrived. 2009 saw video recording included for the very first time, and Siri made her debut as well. 2010's iPhone 4 introduced the front-facing camera and the ultra-sharp Retina display. Lightning connectors came along with the iPhone 5, while the 5s introduced Touch ID. The iPhone 6s expanded the screen to 5.5-inches, and is only exceeded by the iPhone X, which has moved things forward on every front.

The iPhone 8 fits into this steady narrative of improvement and innovation, and it's the latest everyday smartphone from the Apple stable. Let's have a look at what makes it special, and whether now is the time to give it a try. 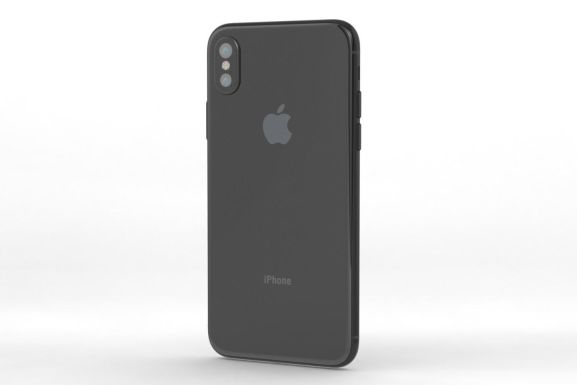 Key Features of the iPhone 8

The iPhone 8 is pretty much a refinement of the iPhone 7, which proved a big hit in 2016/2017 and brings tweaks in almost every department.

The exterior of the new iPhone has been redesigned, with an “aerospace grade” glass-based format which is probably the first thing seasoned iPhone fans will notice. But there are more fundamental additions too. For instance, the iPhone 8 allows you to charge your phone wirelessly instead of using the Lightning to USB cable (although that's included as well).

The Retina display has been revisited, and True Tone technology has been added, making the contrasts and colours you'll see much richer by comparison with the iPhone 7. It also automatically calibrates the colour settings to match ambient conditions, making it easier to read in bright or dim environments.

Apple have had another look at the 12MP camera, too, enlarging the sensor and replacing the colour filter, which should allow users to take more beautiful selfies and landscape images. There's also better optical stabilisation, which is a big help for video makers.

Another key visual innovation that's been making waves is the Portrait Mode. Specifically designed with selfies and portraits in mind, it artfully blurs backgrounds and sharpens foregrounds, heightening the contrast and delivering remarkable pictures. And with enhanced zooms thanks to the telephoto camera, the iPhone 8's image-making capabilities are significantly improved from the previous generation.

As for the engine room, Apple have made the customary enhancements, using a new A11 Bionic chip with 4 cores which they claim outperforms the previous A10 Fusion by 70%. At the same time, reviewers have found that the battery life is just as good as the iPhone 7, despite the performance improvements -- another impressive Apple accomplishment.

The A11 Bionic has also been optimised for graphics processing systems like augmented reality, which Apple are starting to get into in a big way. When hooked up to VR sets, the iPhone 8 should offer some truly immersive gaming and exploration experiences. And it's also well designed for general gaming, due to its beefed-up graphics chip.

Convenience is another area where the iPhone 8 scores highly, with its wireless charging option. Now, owners of multiple Apple devices can just place them on charging pads without worrying about plugs or cables, and you can expect to find charging stations in stations, airports, and other spaces all over the world.

Finally, the operating system has been tweaked, as it usually is, making iOS 11 more secure and Siri more helpful than ever. It all syncs up smoothly with Apple Music, allowing users to build collections without cramming their disk with data, and the games library is bigger than ever as well, with more ambitious smartphone titles appearing on a weekly basis.

Naturally, smartphone fans will want to know about every last detail that Apple have packed into the iPhone 8, so here's a quick run down of the phone's technical specifications for reference.

If you've already been sold and feel the need to get hold of Apple's iPhone 8, you'll come across a couple of buying options to think about:

What is the Best Way to Purchase an iPhone 8?

Along with which model to choose, you'll also have to work out how to make the purchase. As usual, there are a few different ways to buy an iPhone 8, and some will work out cheaper than others:

Another thing to think about it whether you are dead set on the iPhone 8, or if you actually yearn for the top-of-the-line iPhone X? The X was released around the same time as the iPhone 8 and is radically different. It's faster, has a larger screen, virtually no bezels, no home button, and a completely different screen and camera system which delivers crisper colours and a massively improved contrast ratio. It also uses a revolutionary Face ID security system that could be more secure than Touch ID, or at least that's what Apple say.

But do you actually need to go for the premium option? Well, for one thing the iPhone 8 will suit people who are familiar with old-style iPhones. It's layout and navigation systems are identical to the iPhone 7, and some people will find the heavily swipe-oriented new iPhone X a little too revolutionary for their tastes.

The iPhone 8 is also better for people with smaller hands. The screen is smaller and the unit is slightly easier to hold – which can make it more comfortable when using it for long periods. Naturally, the small screen has its drawbacks, but there's an ergonomic case for using the iPhone 8 instead of the X.

The iPhone 8 is also pretty advanced, so it's not like you'll be buying an outdated model if you choose it. As we noted above, features like the A11 Bionic processor and wireless charging make the iPhone 8 a really impressive new model, not just a slightly updated iPhone 7. Sure, it's not an iPhone X, but it will still be fine for most people's needs.

As for the iPhone 8 Plus, the same applies. It's slightly more powerful than the iPhone 8, has a larger screen (but weighs about 50g more), and comes with a dual lens camera system. It will deliver slightly snazzier snaps and selfies, which will appeal to some, but these features aren't deal breakers for most people. Still, if you can afford the slight price difference and really want a larger screen, the 8 Plus is well worth considering. 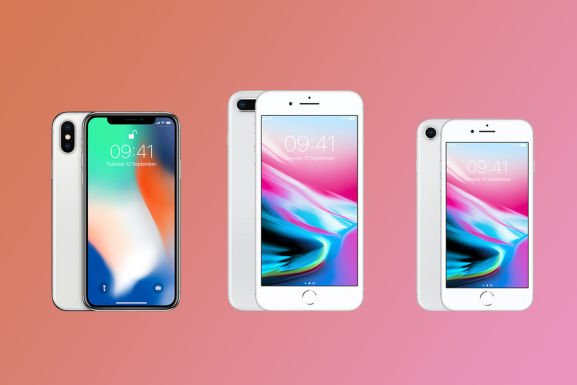 Is it Worth Exchanging my iPhone 7 for an iPhone 8?

Many people reading this will currently have an iPhone 7 in front of them and they'll be pondering whether to move up to an iPhone 8. If you're on the Upgrade Programme, this is a no-brainer. The iPhone 8 is superior in almost every respect, and you're paying a premium to be able to get it cheaply -- so why not go for it?

If you're among the majority of us who aren't shelling out for free upgrades, the choice isn't so clear cut. The iPhone 7 came with a maximum of 128GB of storage, which is more than enough for most people (and most of us probably won't want to trade down to 64GB even if the phone is more advanced). The 7 was also smaller than the iPhone 8, if only by a fraction, and it also comes in more colours than its successor for some reason. So, if style's a big consideration, upgrading won't be that appealing.

Having said that, wireless charging and the glass backed design of the iPhone 8 does have its charms, and the specifications turn up everything by a notch, from 4K video to gaming performance. At the end of the day, whether you decide to upgrade will come down to whether you can find great value deals. So have a browse around at HotUKDeals.

iPhone 8 Accessories to Look Our For

If you're buying an iPhone 8, getting hold of the right accessories can make it easier to use and more durable.

Most importantly, you'll want to sort out your charging situation. The charging cable that comes with the phone isn't the fastest on the market, and you can buy fast-charging USB cables which do the job much more quickly. It might also be a good idea to purchase a wireless charging pad to take advantage of your new phone's slick charging capabilities. Something like the Belkin Wireless Charging Pad will be ideal.

Most people like to shield the precious glass of their iPhone 8 with a protective case, as well, and there's no shortage of options. Check out what's on offer from brands like Nodus, Cygnett, Tech21, and Mujjo, all of which offer cases which are perfectly adapted for the layout of the phone, give great protection, and have artistic, cool designs.

Other accessories are specific to different users. For instance, you might want to buy an attachment to hold your iPhone 8 as you drive (in which case ESR is the brand to go for), or you might want to dip into the world of VR headsets. There are also keyboards from manufacturers like Logitech which cater for business users, adding a little “phablet”-style functionality to your smartphone.

How to Purchase a Cheap iPhone 8

Whatever accessories you choose to buy, the priority should be finding the best iPhone 8 deals around. And doing so isn't that hard.

Firstly, do a little research and decide whether to go for the 64GB or 256GB model. Pick a colour, and then decide whether you want to purchase via the official Apple store or if you're happy to work through electronics retailers or mobile phone companies.

Now, dive into the HotUKDeals iPhone 8 listings. Merchants all across the UK will be offering discounted iPhone 8s, from Argos, John Lewis, Currys, and Carphone Warehouse, to Apple, Sky Mobile, Three, Vodafone, and EE.

We've discussed some of the issues relating to contracts, SIMs and buying outright, so keep all of that in the back of your mind, and pick a deal that suits your personal needs and budget.

When buying premium electronics items like the iPhone 8, it's also advisable to wait until major electronics sale events. For example, Black Friday in mid-November is a great time to shop, as electronics merchants slash their prices in anticipation of Christmas. Amazon Prime Day might also be a good time to look as well as the January Sales.

If you hold out for a year, there may also be bargains around August, when Apple tend to roll-out newer models. But you can easily find bargains for the latest phone right now. Just search with HotUKDeals and you'll find no end of attractive combination deals and discount codes.

The Best iPhone 8 Offers at HotUKDeals

Every generation, Apple seem to revolutionise mobile phones with their iPhone range, and the iPhone 8 is no exception. With its overhauled glass casing, souped-up processor, high-quality cameras and video capabilities, the iPhone 8 ups the ante for everyday smartphones, but it comes with a hefty price tag. However, phone buyers can find the latest devices at affordable prices at the iPhone 8 HotUKDeals listings.