All Phones & Accessories Discounts, Offers and Sale - May 2022 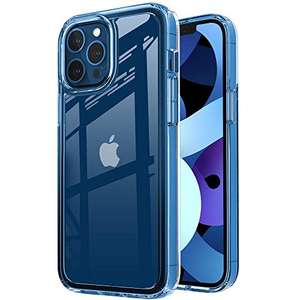 Yeah Prime only for £2. Needs to be in the title 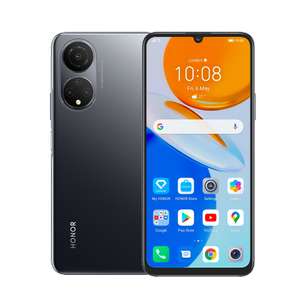 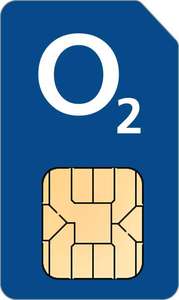 Im not on virgin media and mine looks like this; I did only upgrade half an hour ago so it may take time? although when I view my tariff it does say it’s 15gb, I’m assuming yours does too?

Just upgraded my account and it’s showing the 30gb data but no mention of the international bolt-on being included? Not on VM and no intention of being, guessing it only works for VM customers??

I'm never aware of this stuff and keep on paying more - have always been overcharged by providers and suppliers. So truly appreciate your help (y) Yes, will do! My current subscription runs out soon so good timing :D 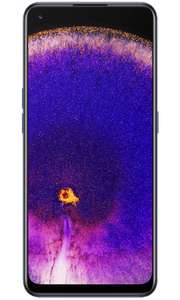 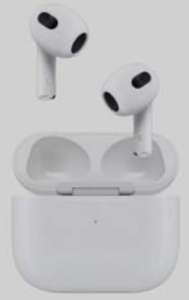 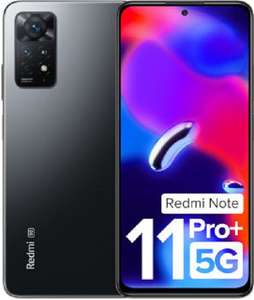 Stop buying samsungs. They wont last 2 years. They design them for profit, and they die on the exact date they are supposed to die. Get Xiaomi. They're worth their weight in gold compared to NEW samsungs.

Yes, now they are established here, the prices are just going up and up!

It's quite expensive for what you get, full stop. I don't expect a Dimensity 920 for nearly £400. Maybe, maybe, if Xiaomi put OIS on its camera, but it's still poor value vs. the Nord 2T at a similar price.

Too much money for a mid ranger. Rather have this Samsung A52s click if you're not bothered about the 120W hyper charger.

Seems very expensive for a Xiaomi.

Phones: Keeping the World in Touch

Telephones appeared in the late 19th century and within 20 years they had become mainstream in the United States and Europe. Nowadays, there are more mobile phone devices in the world than people. Everyone seems to be on their smartphone and almost every home has a landline. It’s fair to say that without phones modern life wouldn’t be possible.

Whether you are looking to upgrade your basic mobile to a state-of-the-art smartphone or you need a new landline, this buyer’s guide explains the kinds of phones on offer today, and how to find the best phone deals possible. 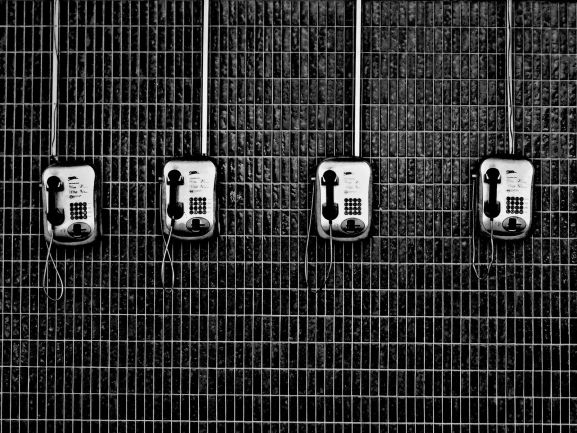 Although the modern phone was invented by Scotsman Alexander Graham Bell in 1875, communication across long distances was nothing new. People had been sending telegrams for decades, and before that carrier pigeons, beacons and semaphore had all been used to transmit information across miles of territory.

What changed in 1875 was that speech could now be conveyed. For the first time, people could talk to others who could be miles away, or even across the ocean following the first New York to London call in 1927. By 1935, it was possible to phone locations on the other side of the world. Phones connected every continent, thus revolutionising the way we communicate.

After World War II, innovations continued. Push-button phones replaced devices that used rotary dials. The idea of cellular phones was suggested by AT&T in 1971 and fibre optic cables came along in the 1980s. During the 1990s, mobile phones took off, as did the internet, culminating in the marriage of the internet superhighway and telephones when the first smartphones arrived in the 2000s.

These days, phones function as speech transmitters, web browsers, maps, messagers, gaming devices, calendars, fitness aids – among many other things. It’s easy to see why the UK has become a smartphone obsessed nation, and why it’s so important to people to have the right phone in their pocket or home.

How Do Phones Work?

Before looking at the types of phone available, it might be handy to recap how phones work. Modern mobile phones are very different to the kind pioneered by Graham Bell. Mobiles use variable capacitance (the ability of materials to store electric charge).

As you speak, the acoustic waves created by your voice act on sheets of metal in the phone which act as a capacitor. One of these responds to pressure by moving, changing the distance between the two sheets. When the distance grows, more charge flows out of the capacitor and this variable flow of current is translated into a flow of data that represents your voice.

This current is then turned into radio waves by your smartphone handset, which communicates with a nearby receiver, which in turn sends the signal onto a target close to the person you are trying to call. The data is then unscrambled back into radio waves and beamed to the handset of the recipient.

What You Can Do With Modern Phones

The major change in phones over the past ten years has been the vast increase in their capabilities. Nowadays, actually speaking into a phone isn’t its sole purpose. It’s still important, for sure, but most phone companies try to build in myriad functions to attract customers.

Smartphone users will be familiar with what modern models can do. They can take photos and videos, browse the web, make calls, send SMS and WhatsApp messages, stream videos, store audio libraries and films, play games, run mapping apps, turn themselves into virtual casinos or stores, provide nutritional advice, send notifications of upcoming events – a whole host of other functions that users have come to rely on.

You might not be aware that landlines are experiencing a similar uptick in their functionality. Gone are the days when speed-dial was an exotic innovation. Nowadays, landlines can routinely link up with smart devices in the home, controlling TVs, cookers, heating and fridges. They also come with Wi-Fi as part of the package, enabling you to use apps like Google Voice to make calls across the web – cutting costs in the process.

Although many people may question the need for another smartphone, this kind of innovation is becoming mainstream, with companies like Siemens and Panasonic investing heavily in smartphone-landline hybrids. 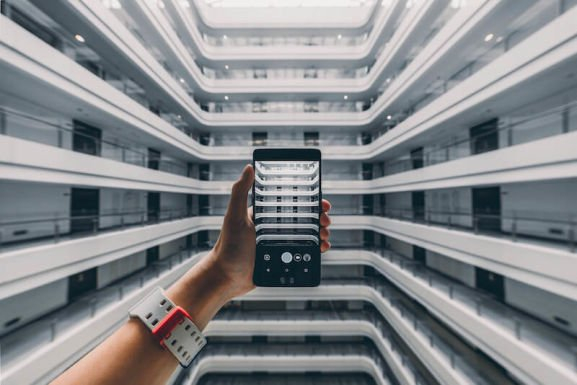 When it comes to purchasing a phone, you’ll find plenty of choices at listings sites like HotUKDeals and major retailers like Carphone Warehouse or Currys. Here are some of the basic varieties to look out for:

One trend to look out for is the convergence of mobile phones and landlines. Increasingly, landlines are being used to call via the web, and smartphones are serving as landline handsets. Expect this trend to continue, with the likelihood that you won’t actually need a landline in the near future: in some cases, a smartphone and Wi-Fi will do the job on its own. However, for now, standard landlines are the go-to option for home usage and, as you can see, there are many available options.

How to Choose the Right Landline

When it comes to choosing the type of phone for your home, there are a number of things to look out for.

Firstly, you’ll need to think about whether you need a corded phone in your home. Many people advise that homes have at least one corded phone, as it will (usually) provide a reliable connection should other phones be unavailable. However, as cordless and mobile technology develops, this seems less important. Then again, if you are very concerned about having phone service every single hour of every day, a cordless phone will provide some reassurance. Moreover, they tend to offer better sound quality as well (as no wireless transmission gets in the way of your signal), which can be important for those who are hard of hearing.

If you go for a cordless phone, which many people do, check the kind of range it provides. You don’t want to walk down the garden, only to be cut off at a crucial moment. Check the sound quality as well. Lower quality phones can sound muffled and indistinct, something that most phone users will want to avoid.

Additional features could make a difference too (though you’ll pay more for extra functionality). For instance, you may need an elaborate answering machine with your phone. Some offer an hour of recorded calls, others less than 15 minutes, so check before you buy, as you don’t want to miss any messages.

Caller ID could be handy as well, although not all phones provide it. Caller ID allows you to see who is calling (or at least, whether it is a registered contact), and you can tell who has tried to call as well. Most Caller ID systems also let you hide your own identity if desired, another handy feature.

Other features include the ability to switch to hands-free mode at the touch of a button. Charging time matters as well (and you’ll be surprised by how quickly cheaper landlines can run down), as does the physical interface used by the phone. Many advanced models come with LED screens that can provide visual notifications and clear menus to customise your phone.

What about smart cordless phones? Seemingly the wave of the future, could they be the right option to go for? Although they may seem exotic, smart landlines actually could save you plenty of money, so they are well worth considering. Sure, they may cost more right now, but you can download apps that enable you to call via the web for almost no charge. Some also come with video cameras on the front, enabling you to carry out video calls.

The downside of smart landlines (aside from the cost) is probably that they sap charge more quickly, and are more complicated for everyday users. Then again, you should be able to get to grips with them easily if you are a regular smartphone user. And, just as importantly, they are becoming more popular and more advanced all the time, so look out for the latest models.

Whether you purchase a smartphone or an advanced landline phone, the accessories you choose could make it easier to use, protect it from harm and add to its functionality. Here are some of the most useful phone accessories to consider: 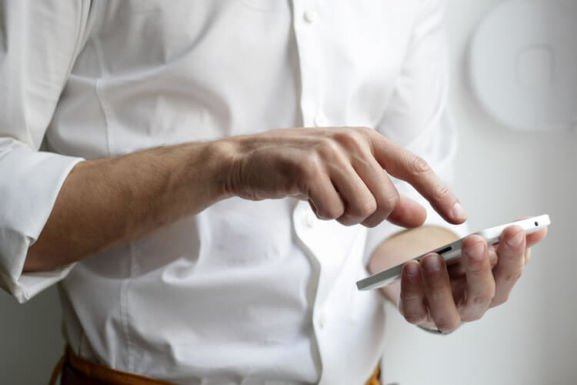 How to Find the Best Phone Deals

Everyone has different telecommunication needs. Some people hardly need a landline, they are so well connected via the internet and their smartphone. Others rely on landlines to stay in touch with the outside world, and aren’t comfortable with smartphones at all.

Most people end up somewhere in between. We use mobile phones as part of everyday life, and feel the need to say up to date with our choice of handset, but we also feel the need for a landline – generally one that provides good mobility and sound quality.

Even then, everyone is different. Some people will like the idea of smart landlines which blend smartphone and traditional phone functions. Others will want a powerful corded desktop unit with heavy-duty call waiting functions. With so many phone choices around, it’s entirely up to you.

Even better, make a habit of checking HotUKDeals whenever you buy a phone. We post the latest phone deals from those high street retailers, along with online merchants like Amazon, eBay sellers, uSwitch and ShopTo. There are deals for both landlines and smartphones, as well as accessories (and contracts), so shop around the smart way by going online.

Pick the right time to shop as well. If you know that Samsung are readying a big launch, but don’t mind owning the previous model of Galaxy, just before the launch is a good time to look for deals as retailers will want to get rid of older models. Black Friday in November is also prime bargain hunting territory, as are the January Sales.

Save Money on Telecommunications at the HotUKDeals Phone Listings

Everyone wants a landline or mobile phone they can rely on to do what they need it to do. But getting a good deal on your phone is equally crucial. You can find the latest offers on landlines, smartphones and accessories at the HotUKDeals phone listings, so pick up a cut-price phone today.