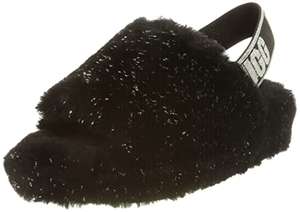 Only size 4 at this price 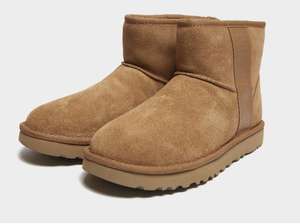 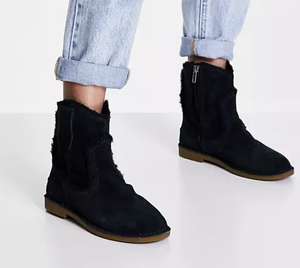 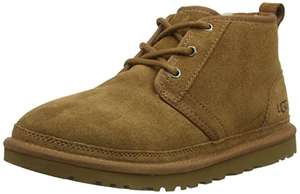 10 percent off for students.

Are the a loose fitting ??

Not sure about the fur, not often you get deals on shoes in size 13

Got some for my nan

Their men's sneaker are as ugly as women's :p 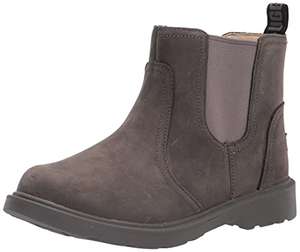 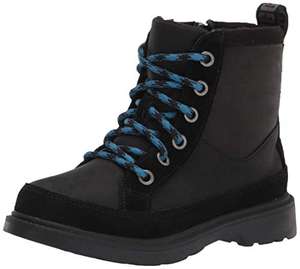 UGG Boots, Slippers and Homeware: Your Guide to Cheap UGG Boots and Products

Uggs are made by an Australian company which produces a highly popular range of casual wear and homewares, centred around the classic sheepskin boot, most popular in ankle or calf lengths. Australian and Californian surfers made them popular, but now Uggs are hot fashion items in women's, men's and children's wear around the world. When you've worn a pair of Uggs, their devoted band of followers say, you're going to have a hard time taking them off. From Ugg slippers and flip-flops to cushions and earmuffs, the company now has a range of complementary products that add real comfort to your everyday. 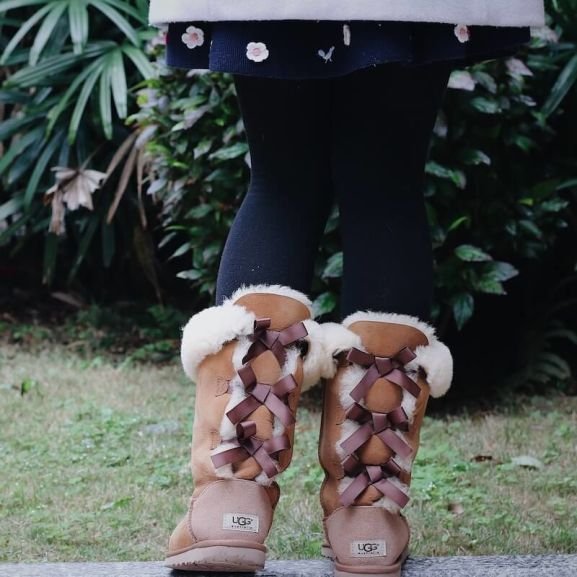 How a Sheep Shearer's Boot Conquered the Fashion World

It's a long way from the Outback of Australia to the fashion catwalks. That's the journey made by Uggs.

When we think of Uggs, we might have in our mind's eye a picture of a calf or ankle-length fleece-lined sheepskin boot, with visible stitching on the outside. They'll keep your feet cool in hot weather and warm in the depths of winter. That's the property of the fleece. Soles are synthetic and at the heel, a manufacturer's logo proudly displays Australian origins.

As far as the basics go, that's just about right, even if the brand today can just as easily mean a pair of sandals or sneakers, a parka or even a chair. We might also think of Uggs as being more for women than for men. In fact, the beginnings of Uggs are almost exclusively male. We do, however, think of Australia. And there we would be right.

Uggs first became part of popular culture when they were adopted by surfers on the beaches of Australia in the 1970s. These were comfortable, often hand-sewn, boots to be pulled on to keep feet warm after a good few hours on the waves. You can picture the scene: lean surfers kicking back with a beer or two, talking about the waves they'd caught, or just as likely missed, well-worn Uggs on their feet.

The origins go further back, though, to the hardy Australian sheep shearers who simply used what they had to hand to construct a rough pair of boots to cope with the long hours with nothing in front of them but hundreds of sheep to be sheared. Thankfully the excess wool and sheepskin were easily sewn, to construct a robust set of boots. Even today in Australia Uggs are less fashionable than in the rest of the world because of this workmanlike heritage.

Australian surfers adopted the sheep-shearers' boots, then took them to California, where two Australians living there, Brian Smith and Doug Jensen, trademarked the name. In their first year they sold a mere 28 pairs of boots. Jensen, perhaps understandably, sold out to his business partner.

California was the first market and the surf culture the main target in the 1980s. The boots really took off ironically in the cold: after being worn by the US Olympic Team in 1974. It took the fashion world a little longer, but when Uggs arrived they did so in style, in the pages of New York Vogue in the 2000s. Now owned by the Deckers Company, Uggs have diversified into many different styles, while remaining true to their rugged Australian roots, mostly using Australian materials.

Buying Uggs: What You Need to Know

The basic ankle and calf boot remain the same as that made by Australian sheep shearers all those years ago, in - largely - Australian sheepskin with the fleece attached. The company prides itself on using only the very best grade-A sheepskin. That, they say, is what makes your Uggs so warm. Do always check - if its boots you're after - that you're buying a genuine pair. The Uggs online shop is one obvious place to look.

To make doubly sure, if you're buying elsewhere, look out for the trademarked logo on the heel or buy your Uggs from well-known outlets such as Zalando, John LewisorHouse of Fraser

You'll find Uggs generally at premium prices, in keeping with the prestige the brand has built up over the years. On Black Friday every year, however, an Ugg boots sale slashes the prices right back. The firm's website is a reliable place for these offers. The site also has an Outlet store, prominently marked on the homepage, known as the Emporium which has, throughout the year, large discounts on selected ranges. A handy 15% discount is offered on your first purchase by signing up to the Uggs newsletter, which you can do by filling in your email address in the appropriate box at the bottom of the online store's homepage. The newsletter also has information about new collections and, crucially, advance notice of sales and special offers.

A Quick Guide to Uggs Products

These days you'll find your Uggs in all sorts of styles, with that classic sheepskin boot always at the head of the pack. That's far, very far, from the whole story though as this brand has extended and expanded into a world-beating empire. Whether you're shopping at physical stores, or in the UGGs online boutique, these are the ranges that are key:

Kids Uggs, in both girls' and boys' styles

Uggs clothing for both men and women is also available. As you'd expect, comfort is the key, with added durability for outdoor styles. The ranges include:

The brand has diversified further into homeware, with cosseting very much the key, taking the lead as ever from those original boots. Sheepskin features heavily, as you'd expect. The company's products for the home now include:

A wide range of women's accessories are also available from the Uggs brand. These include: 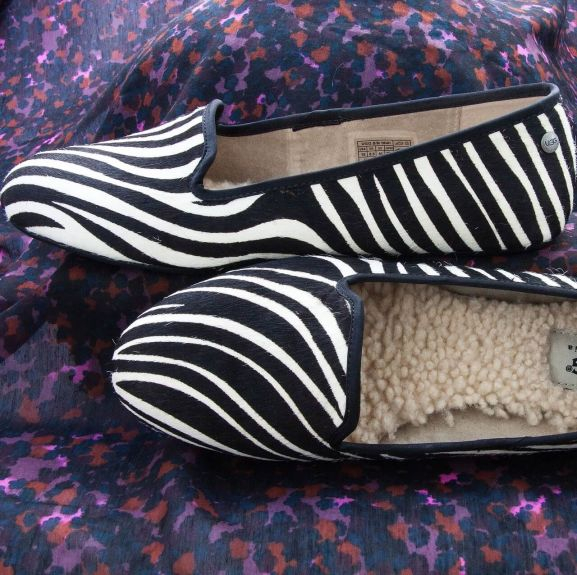 You could be forgiven for thinking, given their rugged appearance and that Australian heritage, that all Uggs are waterproof. They're not. Neither the Outback nor Australian beaches are exactly rainy places and the surfers who wore this style weren't given to wear them in the sea. So beware: not all of these sturdy boots will survive more than a little wading if you are given to lengthy rambles in the great outdoors.

A selection of specially treated boots is, however, waterproof and it's important to be sure before you buy if all-weather protection is what you need from your pair of Uggs. Many are labelled with the "waterproof" tag. Some aren't, however. These are the company's boots - some obvious, some less so - that do answer "yes" to the question, Are Ugg boots waterproof? Prepare yourself, it's quite a list. 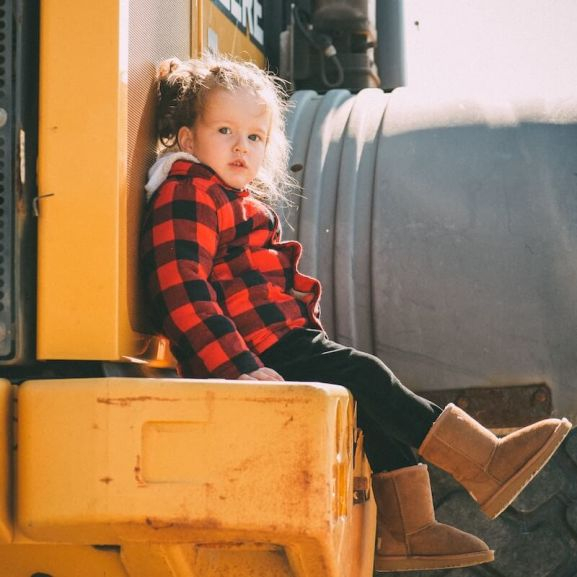 Uggs vs Timberlands: the Great Debate Summed Up

You might think of Uggs as the newcomers on the block. Timberlands, on the other hand, as their passionate adherents are quick to point out, can trace their heritage back to 1918, if the original US company is taken into account - and the 1970s if the patented process that fuses sole to upper is your preferred guide to their history. What's more Timberlands were developed to be tough from the very outset, conceived as they were as footwear for construction sites. Even today, just about every pair will put up with a fair kicking, literally or metaphorically.

Ugg boots, though, have just as romantic and compelling a story, with their backdrop in Australia as fur-lined boots for surfers, designed as a cosseting, comforting piece of footwear after a few hours in the sea. Today, of course, there are rugged waterproof versions of this boot that may do the job for those living a more physically demanding life. What's more when you take a proper look at the history, the American company that makes the sheep-skin lined styles we see so much of today was founded in 1978. Does that make it 1/1 in the heritage stakes? Perhaps.

Timberlands have been taken on by rap stars and college students, Ugg boots by fashionistas and the comfort-conscious. Both exude a utilitarian style.

It may come down to both your personal style and what you're looking for in your next pair of boots. For comfort, go the Australian way: laid back, feet up, sheepskin lined. For go-to ruggedness and to add a bit more hard-hitting street style to your look, go Timberland. There, we've put ourselves firmly on the fence. Best choice? A pair of each!

As you would expect from such a vigorous, young and expanding brand, this company has an extensive and lively social media presence detailing Uggs in all their many and glorious versions that's just about constantly updated. Following Uggs' channels on social media is critical if you want to keep up with the latest drops and, just as importantly, to make sure you don't miss out on often short-lived deals. Uggs are to be found on:

Celebrating 40 Years of UGG with Adwoa Aboah and Heron Preston 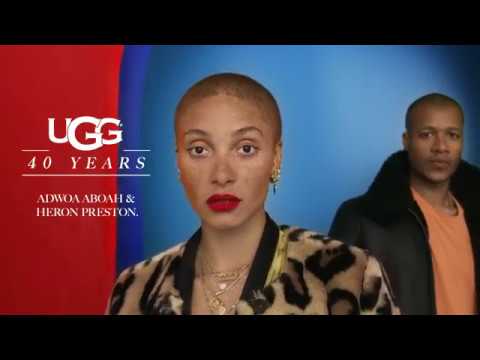 How and When to Buy Cheap UGG products

Everybody loves to look their best and dress to impress, and with UGG boots and products you can certainly do that. However, don't put up with buying your UGG products at full price, instead hunt around for the best deals. Luckily, we at hotukdeals can help you find the best UGG discounts and sales,

Be sure to visit the hotukdeals listings, as here we collect all the best offers and deals on UGG products. All of the UK’s biggest retailers are featured, from boohoo and ASOS to Debenhams, River Island, Next and Marks & Spencer, so when there are the hottest deals on UGG products, you'll be the first to find them! Be sure to check out the hotukdeals UGG Shop merchant page as well.

Try to take advantage of any seasonal sales as well. The cleverest fashion shoppers know how to schedule their purchases. You can do the same. Keep an eye out around Black Friday in November and the New Year's Sales in January to find the biggest discounts. Although you should be able to find deals all year round as new lines are bought in and old lines are put into sales.

But, most of all, keep tabs on the hotukdeals UGG listings, and you won’t miss a single UGG discount.

Find All UGG Sales, Offers and Discounts at hotukdeals

Have you got your heart set on a new pair of stylish and comfy UGG boots or want to save on you UGG items? The dedicated page on hotukdeals will keep you up to date with the best bargains from UGG.