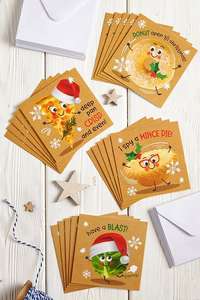 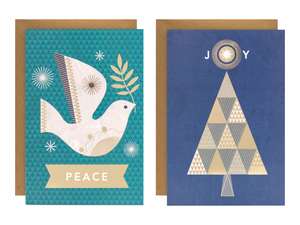 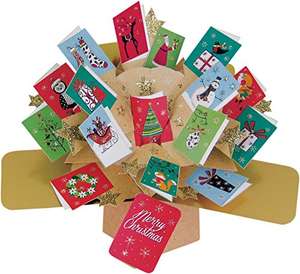 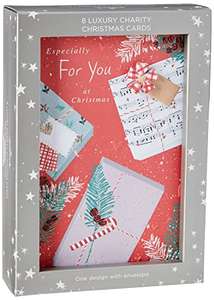 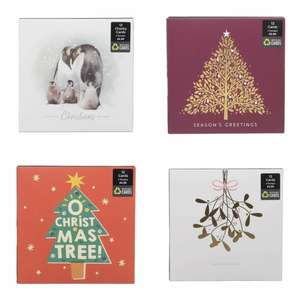 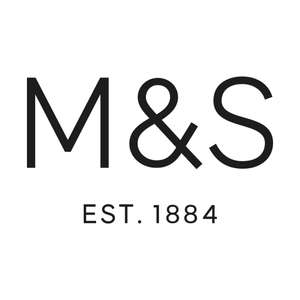 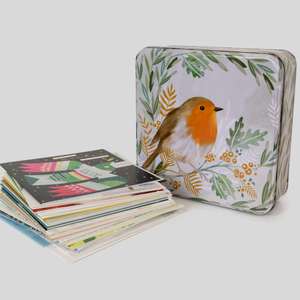 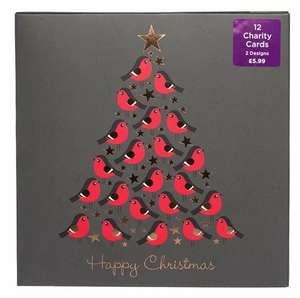 80° Expired
Posted 28th Nov 2021Posted 28th Nov 2021
WHSmith Recyclable Robin Foil Charity Christmas Cards (Pack of 12) - £2.99 @ WH Smith£2.99£5.9950% offWH Smith Deals
Get these amazing reduced christmas cards and send them to your loved ones or even at work to your bosses( for that coveted promotion). As they are recyclable robin foil, not only are thes… 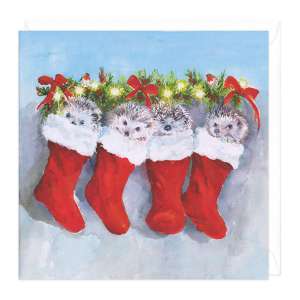 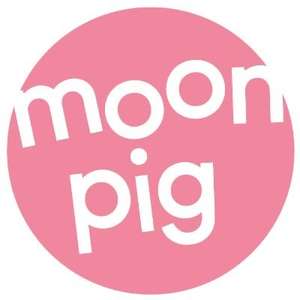 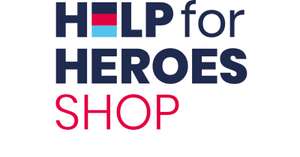 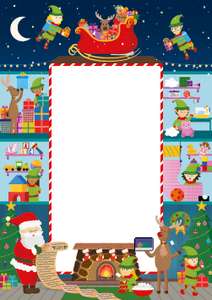 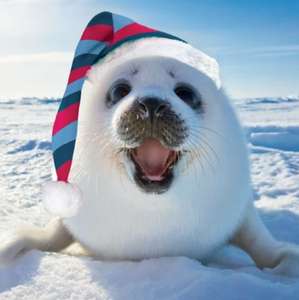 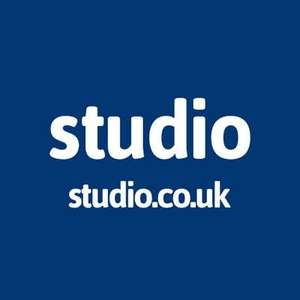 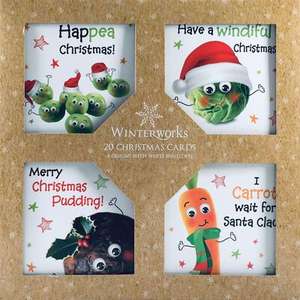 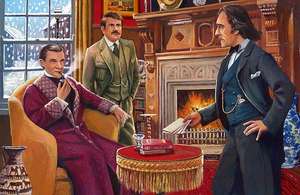 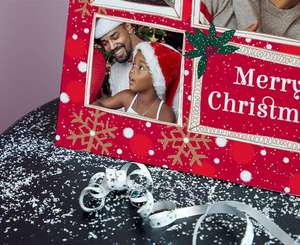 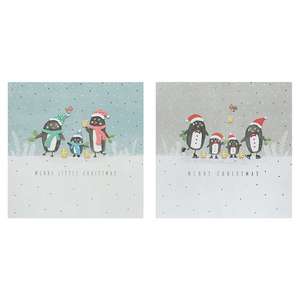 35118 1Get deal*Get deal*
Oops! it seems like there are no deals matching this timeframe yet
Please come back later or try choosing a different timeframe
Anyone used Dimprice?
51
Christmas Extended Returns 2022 Policies For Retailers
23
Sign up to Daily Picks (our in-app replacement to WhatsApp deal alerts!)
113
Evri did it again !! How do I contact customer service ? Only bot online?
74
[UPDATED] Buy from any PlayStation PSN region inc. Turkey at face value with CryptoPay.me OR Crypto.com Virtual Visa Card - NO VPN Required
5666
Smyths promo code box missing?
7
Tesco online stock store checker
52
Heads Up - H&A Appliances - Scam Company - Avoid
24
Tiny white mites in bedroom and living room HELP
723
Smokeless coal price
24
'Service ESP' coming up on panel on dashboard on Vauxhall Astra 2012. Any idea what it means?
34
york-outlet.co.uk Dodgy?
21
Royal Mail - tracking not being updated for the last few days?
38
Yankee Bundles ceased trading?
59
what does 44 mean at the front of a phone number?
23
Tower Vortx Dual Basket Digital Air Fryer Black 9L £150 at Sainsbury's
21
Are there any free online courses which will get me a .ac.uk email address?
125
Selling to Cex -Grading a phone.
20
FREE Pampers Poonami Proof Pants Voucher @ Pampers
Anonymous User
4
whats the difference between a junior size 5 and adult size 5
11

Christmas is the one time of the year when the morning post is eagerly anticipated. Even in our increasingly digital age, the arrival of the first Christmas cards is a delivery we all enjoy.

This buyer's guide will take you through the vast topic of Christmas Cards. We'll tell where to buy them, how to make them, and how to recycle them, but most importantly where to find the best Christmas Card deals. So read on to find out more. 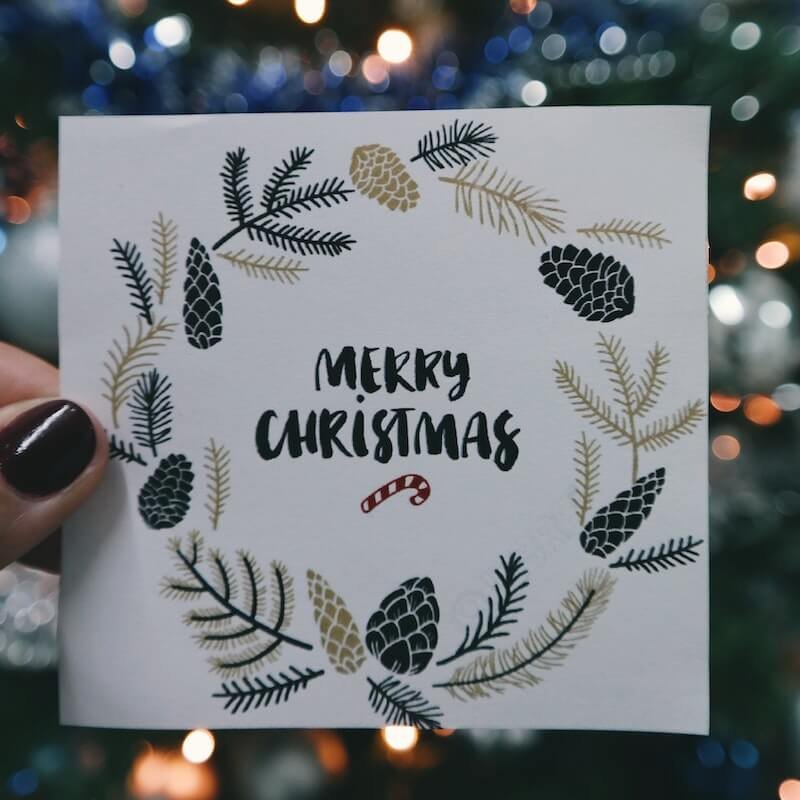 A Quick History of the Christmas Card

The first known Christmas card was sent in 1611 by the eminent German physician Michael Maier. He fashioned a suitably elaborate card to send to King James I and his son Henry Frederick, then Prince of Wales. The wording was elaborate too, reading in part: "A greeting on the birthday of the Sacred King, to the most worshipful and energetic lord and most eminent James, King of Great Britain" with the words being laid out in the form of a rose. The words may be significantly different, but the sentiment set the tone for every single Christmas card that has been sent since. Despite Michael Maier's intricate efforts and the eminence and celebrity of the recipients, Christmas cards didn't catch on immediately.

Indeed, it took until the Victorian era for the Christmas card craze really to take off. In 1843, British inventor and innovator Henry Cole decided Christmas could do with some added excitement. Cole commissioned a well-known artist called John Callcott Horsley to come up with an image for the first commercially available Christmas cards. Horsley's picture shows three generations of a family raising a toast, while panels on either side show scenes of charity, with food and clothing being given to the less well off.The words on the front set the tone for every Christmas card that was to follow and took their lead from that first card sent more than 200 years before. Cole's cards read: "A Merry Christmas and a Happy New Year to You".

Queen Victoria took up the new-fangled Christmas card craze, sending off the first royal Christmas cards later in the 1840s, sparking a trend among her subjects. Although those in power across the Atlantic sent Christmas notes and issued official statements, it took until 1953 for an American president to send an official White House card. Dwight D Eisenhower chose an innocuous Christmas tree image, always a popular and neutral choice.

As Christmas cards began to become more popular in the 19th century, a curious trend developed. Instead of Cole's charitable family or the snowy and religious themes we're accustomed to today, Victorian cards would often feature fairies and flowers, suggesting the approach of spring. Sentimental images of children and animals were also popular, though, as they remain today. The heyday of the Christmas card came when the fad for them crossed the Atlantic to America. An entrepreneur called Louis Prang made his fortune from them, producing some five million a year by the 1880s. The age of the Christmas card had truly arrived, and it has never really left us.

The Christmas card has always embraced the latest technological trends. That's why electronic Christmas cards are very much in the spirit of Christmas. Take the early 20th century, for instance. This was a time when the postcard became hugely popular. Postcards became the way people would communicate at Christmas time too. The elaborate Victorian cards took a back seat. The Christmas postcard fad, though, began to fade in the 1920s and Christmas cards with envelopes returned. These are by far the most popular way of sending Christmas greetings today, but remember: whatever suits your personal style is the way to go. 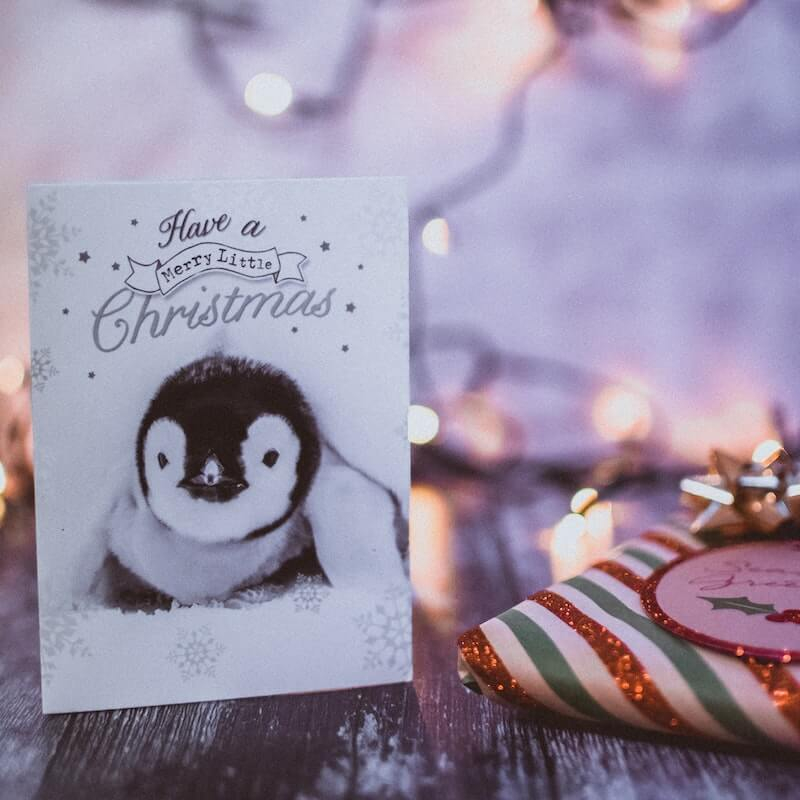 What Kind of Christmas Cards Are Available

There's an almost infinite choice of Christmas cards. Almost too many! The first thing to remember is that the cards that you choose should reflect both your personality and your budget. Just like anything else at Christmas, the best advice is to think carefully before you buy and to think out just how much you want to spend.

The first stop for many when it comes to buying Christmas cards is your local supermarket or stationery shop. These shops will always be the best choice for cheap Christmas cards. Christmas cards are sold in handy packs of five or 10 and that means you're getting real value for money. They'll also sell you good value individual cards, too, dedicated to "Mom", "Brother" or "Son" among many others.

For really cheap Christmas cards there is a tip from savvy shoppers: buy next year's cards just after Christmas this year. Charity shops and supermarkets have a Christmas cards sale with drastically lowered prices directly after December 25th. All you need to do is store the cards until the following Christmas. Take them out in due course and feel just a little bit smug. When it comes to Christmas card offers or Christmas card deals, this really is the top tip.

There are many other options to consider. Here's our pick of Christmas card ideas: 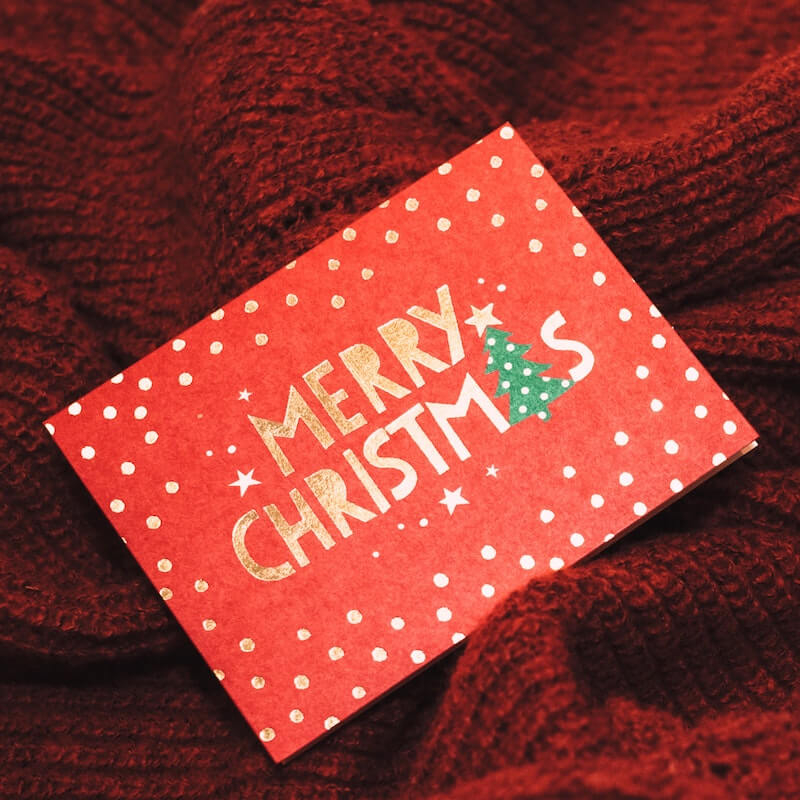 What To Write In A Christmas Card

We've all been there. You're sitting there with a pile of cards that you've carefully chosen and bought from your favourite charity shop. You've even made a list of who to send them to. There's a pen ready, along with a hot cup of tea to keep you going. An hour passes, then another. A spell of writer block has firmly taken hold and you don't know the best way to wish your friends a nice Christmas

Finding yourself unable to think of some thoughtful, meaningful greetings this Christmas. Not to worry, here are some classic tips that never fail:

How To Make Your Own Christmas Cards

We live in a time when recycling and upcycling are very much a part of our environmentally conscious lives. With all the talk of sustainability and living green, you might even be thinking about making your own Christmas cards. This is a great idea for some family Christmas bonding and it couldn't be simpler. You can get the whole family involved to really get in the spirit of Christmas.

The first step is to decide on the illustration that you'd like. The very organised could use last year's received cards, cutting away the greeting side of the card, so only the illustration remains. Store these, taking care to remember who sent which card, so you're not returning a card to a sender!

You could also print out some family photographs or even take your own seasonal photographs, in portrait or landscape mode, and print those out on a home printer. Maybe you have a collection of postcards that you'd like to share at Christmas? The choice for these personalised cards is endless.

Once you have your chosen illustration, do the following to produce your cards

Video: How to make: Quick and Easy Christmas Cards [Hobbycraft]

Where to Recycle Christmas Cards

Millions of Christmas cards are sent each year. That means tons of cardboard that can be recycled, but many are simply thrown in the bin by inconsiderate consumers. Don't be part of the problem and set a good example for the rest of your family and recycle your cards this Christmas! Onboard? Great, here's how to go about it.

Remember that cards with glitter or added extras such as bows or musical novelties cannot be simply be put in regular paper or cardboard recycling bins. These cards should have their added features removed before the remainder of the card is recycled. This is a process which, on the 12th day of Christmas, can involve the whole family. While it may seem like a trivial step, glitter and other microplastics, if not properly separated, can contribute to plastic pollution in rivers and waterways. Not very festive. 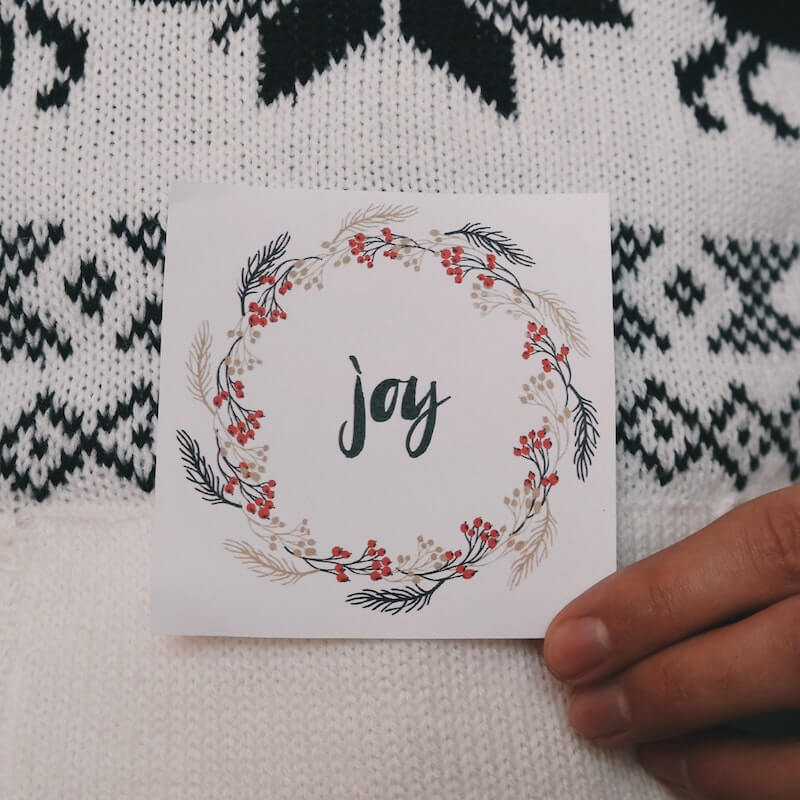 Where and When to Buy Your Christmas Cards

As with everything else, timing your purchase and buying from the right places can be the best way to save on Christmas cards. Above all else, you should consult these listings or the below merchant listings on hotukdeals when you buy to make sure you don't spend more money than is necessary.

If you don't have that much cash to go around but still want to send as many people Christmas cards as possible, then the likes of Poundland, Poundstretcher, Poundworld are your best bet. For those with slightly bigger budgets or those who wan to buy charity Christmas cards, look no further than the big supermarket chains – Tesco, Sainsbury's, ASDA or John Lewis should do the trick. If you're looking to make a big impression, then a speciality outlet like Card Factory will be perfect.

While it might sound counterintuitive, one of the best times of year to buy Christmas Cards can be during the post-Christmas sales. Card manufacturers will be eager to dump as much of their excess stock as possible, often at bargain rates. If you're planning to send 100s of Christmas cards, this can be a great way to save big for the next Christmas season. You may also get lucky and find some Christmas cards offers during Black Friday, a great opportunity to get your cards right in time for the Christmas season

Get The Best Value on Christmas Cards here at hotukdeals