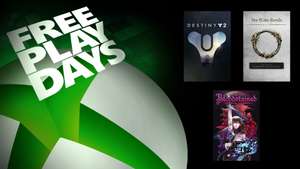 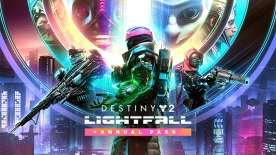 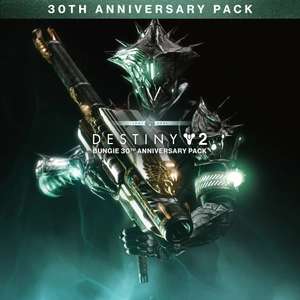 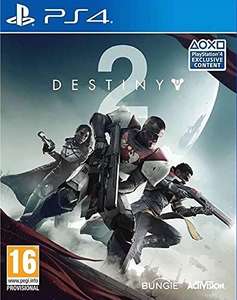 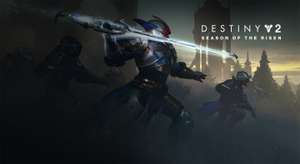 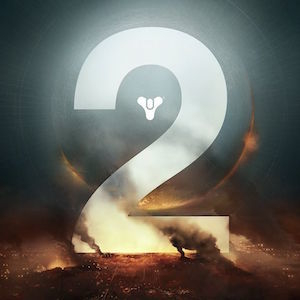 Launched on September 6th 2017 for Xbox One and PS4 and in late October 2017 for the PC, Destiny 2 is a huge multiplayer game that was created by Bungie (the developers of the Halo series) for the gaming giant Activision. As in the original Destiny title, Destiny 2 is an absorbing fusion of adventuring and fighting which bridges genres and features an immersive Sci-Fi horror storyline.

This HotUKDeals buyer's guide will introduce the main elements of Destiny 2 and help players find the version they need at the cheapest possible price.

When Destiny arrived in September 2014, it was an instant hit (and not just because millions of people had been invited to participate in its beta testing phase during that year). Offering a mixture of role-playing game style strategy and atmosphere and the adrenaline-packed action of a first-person shooter, the original Destiny cast its net widely and hooked millions of players worldwide.

The first game was made available only for console owners, with PS3, PS4, Xbox 360 and Xbox One versions being available. The standalone game module was then joined by expansion packs like The Dark Below (in December 2014), the House of Wolves (in May 2015), and the Taken King (in September 2015). Within a year of the game's launch, the mechanics had been refined, new enemies had been introduced, and players responded by breaking daily download records on the PlayStation Network.

A year later, the Rise of Iron expansion pack landed but only for PS4 and the Xbox One (a sign that the programmers were moving onto more advanced ideas). That was the last gamers heard of from developers Bungie until 2017, when beta testers started to feel out a completely new instalment: Destiny 2.

What Makes Destiny 2 so Special?

Destiny 2 looks set to become a classic multiplayer first-person shooter, adding to the already complex gameplay of its predecessor in pretty much every department.

Bungie has made a number of tweaks to the engine and the gameplay, which make the new Destiny title a very different gaming experience. For example, the developers have made it much easier to link up with other players. Now, you can easily check when clans need members and request to join instantly.

The weapons system has been rejigged, replacing 'Primary', 'Secondary', and 'Heavy' categories with much more interesting 'Kinetic', 'Energy', and 'Power' weapons. Experienced players will find that there are more combo attacks available, helping them inflict more damage than ever, while the three character classes have been given new abilities, which we'll look at in a second.

Basically, Bungie has listened to the community members who loved the original Destiny and borrowed a few elements from classic titles like Halo. The result should be an immersive, exciting multiplayer extravaganza. 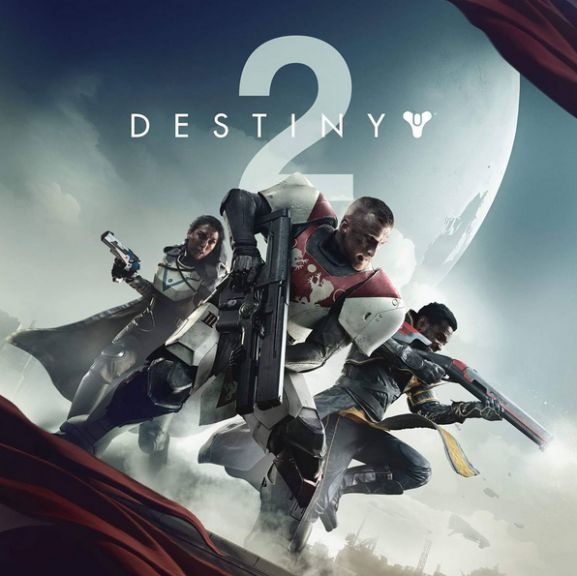 An Introduction to Destiny 2's Gameplay

Destiny 2 has two gameplay modes. The first is essentially a huge role-playing game, which sees players fighting against 'The Cabal' – a race of super-strong amphibians. Players take on the role of 'Guardians', who have been evicted from the Last City by the Cabal and need to discover a way to capture it again.

This 'Story' mode involves a variety of missions, including City Defences, Strikes against Cabal targets, Raids, and Destinations, where players have to explore huge environments.

The other side to the game is the Crucible. The Crucible is Destiny 2's player vs. player multiplayer element, and it's a blast. Teams of four square up against each other over a series of maps, playing a range of game styles.

It's worth noting here that not all of the Story Mode or Crucible maps will be available to all players, even after they purchase Destiny 2. Activision have struck a partnership with Sony ensuring that PS4 owners will receive much more content than Xbox One and PC players, who may need to purchase a few expansion packs to boost their playable content. So bear in mind that if you want to enjoy all that Destiny 2 has to offer, there's a chance that you'll have to buy a few extra products over the coming months.

When you enter the Destiny 2 universe, you'll have the chance to pick your character class. This time around, Bungie has chosen to start with three main classes, which divide into sub-classes as you progress through the game. These are the major classes that everyone starts out as:

What is Available with the Destiny 2 PS4 Version?

Destiny 2 was released for the PS4 and Xbox One in September 2017, with a PC release scheduled for October of the same year. However, as we noted above, the PS4 version comes with more features than the others. Here's a quick list of what the PS4 bundle includes but the Xbox One and PC won't (at least not until 2018):

For serious players, that's going to represent a mighty chunk of gameplay, so they may want to hold fire until all of the game's features are bundled with the Xbox or PC versions or settle for paying extra to buy add-on packs when they become available.

Whatever system you own, there are a number of different ways to purchase the game, including:

It doesn't matter whether you intend to play Destiny 2 on the PS4, Xbox One or PC, you'll have to go through a gaming server to access the game. That means purchasing access to the PlayStation Network (for PS4 owners), the BlizzardBattle.net (for PC owners), or Xbox Live (for Xbox owners).

All of these services charge players to join, offering a range of passes. It usually makes sense to purchase a Season Pass to the service you need when you buy the game (and in practice, this often comes bundled with the game itself). However, check different deals, as some merchants offer much more generous multiplayer access features than others.

Destiny 2's PC version is scheduled to be released on October 24th, 2017. According to industry insiders, the PC version features more sophisticated graphics and slightly smoother gameplay, so it's likely to become the version of choice for serious Destiny fans. Here's what you need in your computer to enjoy the game.

These are only the likely minimum specifications. As Destiny 2 will be packing some serious 4K visuals at frame rates of 144kHz, you'll probably need to exceed these suggested specs to really see the game at its graphical peak. However, most gamers with graphics cards and processors from the past couple of years will be able to get the game running and start playing both the Story and Crucible modes.

What Have People Been Saying About Destiny 2?

Is Destiny 2 blasting its way through the gaming industry, vanquishing all-comers as it conquers the gaming scene in 2017? Well, there's certainly a lot of buzz about the title. The game won the Best PC Game Award at 2017's E3 event, and comment has been broadly enthusiastic on all three platforms.

Expert gamers have commended Bungie for actually overhauling the game and adding new features instead of just offering an expansion to the original title. Players have also praised the depth of the storyline and the intensity of cooperative missions, while experienced Destiny gamers have also commented on how bugs from the previous title have been eliminated across the board.

However, there have been some concerns about how PC players will interact with PS4 and Xbox One players. The issue arises because the PC version is capable of a much faster frame rate, making the game faster. In some cases, this will give PC players an advantage in player vs. player games, and it might also complicate raids where players cooperate to defeat the Red Legion. Bungie have stated that they are dealing with the problem, so there's a good chance that by the time the PC vers

ion drops, they will be ironed out.

What if you don't want to enter the fray and defeat the hordes of the Red Legion? Well, we live in a golden age of multiplayer gaming, so you won't be short of options. However, there's nothing quite like Destiny 2's mixture of competitive and cooperative play.

Then again, there are some viable alternatives. If you'd rather voyage across the universe trading and fighting pirates, Star Citizen, or Elite, Dangerous are worth a look. History buffs who want to experience the fog of war can have a go at Call of Duty: WW II, while Borderlands 2 still offers a lot of light-hearted futuristic fun despite having been released in 2012.

Then there's the original Destiny. Available at bargain prices both online and from HotUKDeals merchants, the original game is still alive and kicking. If you don't already have it, you'll want to buy Destiny – the Collection, which includes all three expansion packs and shouldn't cost too much (and almost certainly less than Destiny 2).

How to Purchase Destiny 2 at the Best Price

If you want to play 2017's biggest multiplayer gaming event, there's no need to pay full price, particularly for the relatively expensive Limited and Collector's Edition. And be sure to check for Season Pass deals as well. Most of the time, the game and multiplayer access passes come as part of a deal, but that's not always the case, so don't get short-changed. 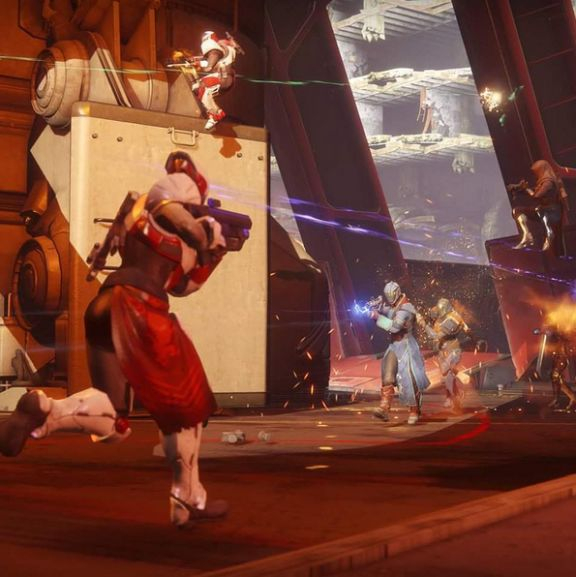 When you've worked out which bundle you'd like to buy, the best place to hunt for the cheapest Destiny 2 prices is at the game's HotUKDeals listings. When you search for Destiny 2, you'll find the lowest prices from major UK gaming retailers like GAME, ShopTo, Smyths and Amazon.

You'll also find plenty of console bundles that feature Destiny 2 as part of the package. If you are looking to upgrade from a PS3 or Xbox 360, now could be the ideal chance to do so and to get the latest multiplayer sensation while you're going about it.

In any case, you'll find plenty of deals right now, but prices should plummet even further when Black Friday arrives in mid-November. Gaming products (including consoles, controllers, expansion packs, and season passes) are always reduced in price as the Christmas season gets under way, so don't miss out. You'll find every Black Friday Destiny 2 discount as it's announced at the Destiny 2 HotUKDeals listings.

With its unique blend of RPG-style character building and progression and its fast-paced cooperative and player vs. player FPS gameplay, Destiny 2 is the kind of game that will appeal to almost everyone. To join the fun, purchase the game and all the add-ons you need by checking out the Destiny 2 HotUKDeals listings and get ready for one of 2017's most thrilling gaming experiences.