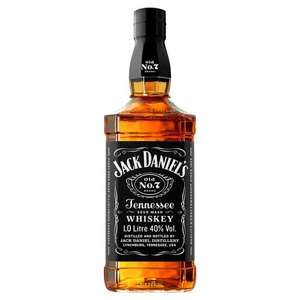 464°
Posted 1st OctPosted 1st Oct
Jack Daniel's Tennessee Whiskey Gift Tin, 1 Litre £22 with voucher / Jack Daniel's Tennessee Apple, 1 L £23 with voucher @ Amazon£23 Free P&P FreeAmazon Deals
1 litre of the standard black label JD with quite a nice gift tin.Perfect as a drinker, or to give as a gift. 1 litre of Apple JD is also available for £23, but without the gift tin. … 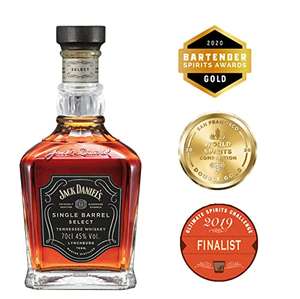 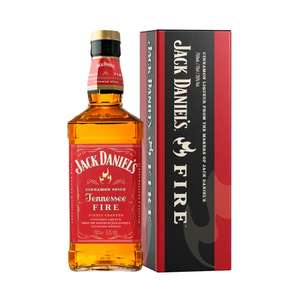 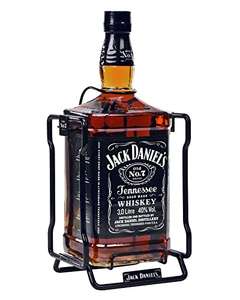 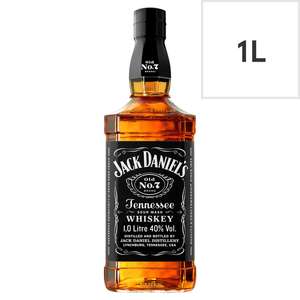 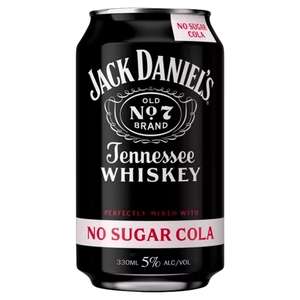 Jack Daniels is a Tennessee whiskey that sells more bottles around the world than any other American whiskey. Technically a Bourbon, Jack Daniels tries to position itself as more than that, stressing its roots in the water and culture of Lynchburg, Tennessee and offering a unique taste.

It's long been a popular drink in the UK, whether drunk straight or with Coke. However, there's more to JD than you might think. This buyer's guide explains the different varieties on offer and how to find the best possible Jack Daniels prices.

In 1875, Jasper Newton Daniel set up a distillery in Lynchburg, Tennessee. For twenty years, he consolidated his position in a packed trade, growing into one of the South's biggest distillers.

The company gained a loyal following, but struggled against regulators during the Prohibition era, being forced to move operations from state to state as local governments shut down liquor production.

However, in 1938, the company was allowed to return to Lynchburg, and they embraced the chance to return to Jack Daniel's roots (even though to this day you can't legally buy alcohol in Moore County, where Lynchburg is situated).

A major change occurred in 1987, when the company abandoned its traditional offering of "90 U.S. Proof" (which translates as a 45% ABV in UK terms). The black label variety was reduced slightly, while the green label was introduced at 80 U.S. Proof.

In 2002, this was standardised, with all JD whiskies now categorised as 80 U.S. Proof (something that hasn't always gone down well with hardcore whiskey lovers, but attracts people who prefer weaker spirits).

In any case, JD as a brand have gone from strength to strength. As of 2013, the company shipped 11 million cases every year and ranked third in global whiskey sales.

What Ingredients are Used for Jack Daniels and How is it Made?

Just like Kentucky Fried Chicken, what sets Jack Daniels apart from other Bourbons is its special recipe. To this day, we aren't sure exactly what goes into JD, beyond grain, yeast and water, but it definitely has a sweet, smoky taste.

The basic mash for a batch of JD starts with a mixture of corn, rye and barley, which is malted and then distilled using traditional copper stills. Before the mash is distilled, it is mixed in with a small amount of sour mash from previous batches to enrich the flavour.

After that comes what might be the magic moment: the whiskey is passed through 10m tall charcoal burners to mellow its taste.

Finally, Jack Daniels is stored in oak barrels – another contributor to its colour and flavour.

Naturally, there are a few variations on this process in order to alter the ABV and add extra ingredients to sweeten certain varieties, but this is the basic, standard process that Jack Daniels has followed since 1875.

When the process is complete, Jack Daniels is bottled in either 70cl or 1 litre containers, always in the iconic square shape, and shipped to every corner of the world.

Jack Daniel's started out simple: It was just a well-balanced, drinkable Tennessee whiskey sold in square shaped bottles all over the world. However, in recent times this has all changed. As drinkers have become more demanding, the JD product range has expanded, featuring tastes and strengths that appeal to different demographics. Here are some of the most popular product varieties:

However, when you shop with Jack Daniels online, you aren't limited to the company's famous whiskies. JD also offer a wide range of merchandise and accessories, including:

How to Drink Jack Daniels

When you've bought a new bottle of Jack Daniels, you probably can't wait to crack it open and enjoy the taste. Before you do, it might help to run through a few of the different ways to do so.

Obviously, you could just drink your JD neat or with ice. You might also want to introduce just a drop or two of water to even out the taste. If you choose the no-frills route, you can either sip or shoot. JD shot glasses will provide just the right volume for a down-in-one shot - which is always a popular party option.

However, Jack Daniels is also a famously good companion for mixers like Coca Cola or 7-Up. You can get away with ginger ale too if you want to mix in a little spice.

Then there are cocktails featuring JD. Jack Daniels themselves have a handy recipes section to give you some pointers, and the possibilities are almost endless. From Old Fashioneds to Manhattans, cocktail fans can get a lot of value out of a bottle of JD.

Is Jack Daniels a Traditional Bourbon or Something Different?

This is a question that often vexes and confuses whiskey fans. Jack Daniels markets itself as being different to conventional Bourbons. The main reason is due to the way that JD is filtered through its charcoal stack (the "Lincoln County Process"), making it smoother, reducing the taste of corn and adding a smoky aroma.

This means that when you check a Jack Daniels label, you won't find it described as a Bourbon. Instead, it's a "Tennessee Whiskey" – but is this really such a big difference?

Perhaps not. Jack Daniels is technically a form of Bourbon thanks to the fact that it is a) made from corn b) distilled and c) aged in new barrels. So there's a never-ending debate about whether Jack Daniels is or isn't a Bourbon. In many ways, it's academic. Just taste JD and a leading Bourbon like Jim Beam and you'll find that there are differences that can't be denied. 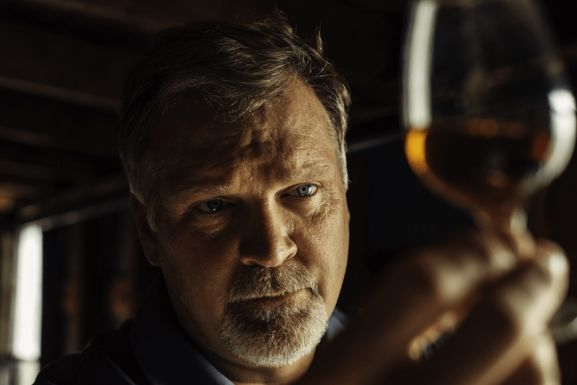 Jack Daniels is far from the only option for British drinkers who want to enjoy the taste of American whiskey. In fact, it's not always seen as the best available. Here are some alternatives that whiskey fans might want to try:

Tips on Buying Jack Daniels at the Best Price

We all know that Jack Daniels is a tasty Tennessee whiskey and a hell of a mixer, but how can you buy it cheaply? Thankfully, there are plenty of retailers in the UK offering affordable ways to buy all of JD's products. Whether you are stocking up for a wedding reception or just topping up your own private stash, it's easy to save money when buying Jack Daniels.

Buying whiskey isn't as simple as it seems. If you head down to your local off licence or supermarket and pick a bottle of Jack Daniels straight from the shelf, you're more than likely going to pay over the odds. Resist the urge to shop quickly, and shop savvy instead by checking for the very best Jack Daniels deals around at the moment:

Jack Daniels is one of the UK's most popular spirits, providing the fuel for parties and weekends in town as well as a reliable evening drink to relax after work. There are plenty of varieties to choose from, including Tennessee Honey, No. 7 and Single Barrel selections. All of them can be found at big discounts by shopping with HotUKDeals.