All Alcohol Discounts, Offers and Sale - May 2022 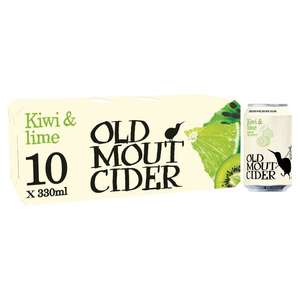 Didn't expire yesterday, why the repost? 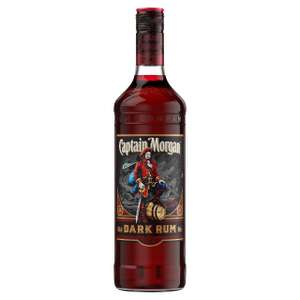 Fantastic deal. This aint a premium dark rum by any means, but it's also absolutely fine. 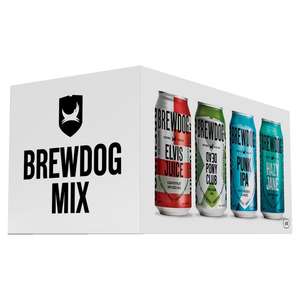 It will probably become collectable :D

Sold out already it’s going to turn into one of those hunt the beer type things I’ve got to try this at some point. And it’s 15 quid a bottle ?

I was watching that scruffy looking hippy type who reviews beer on YouTube he always says it’s beer o’clock he was raving about a BrewDog IPA that’s just out it’s a staggering 15% Abv to celebrate 15 years in business. 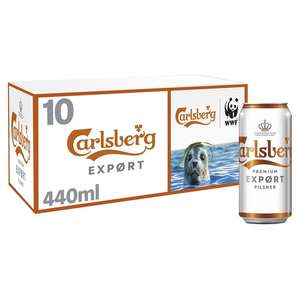 Are you in England?

I might be doing something wrong, but I can't even see it when I look up Carlsberg?? I can only see the 4 packs?

Is the order over £40? I think that's the minimum for both delivery and click and collect. 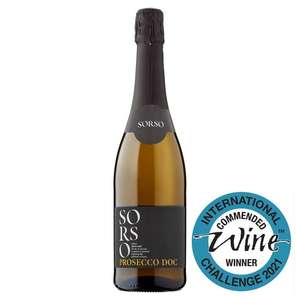 Not in Wales, since Dickford thinks it’s up to him if we should drink alcohol. Whilst he and the other Labour elite on £150k plus a year laugh at the working class 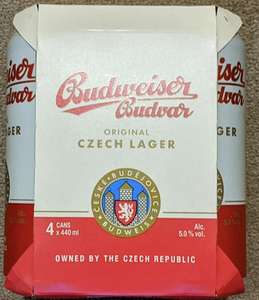 Bargain for such a nice beer (y)

Alcohol is a huge part of social life in the UK, whether we're talking about meeting friends at the local pub or enjoying an intimate glass of wine or two at home. Every year, the average Brit spends hundreds of pounds on alcohol, but are they getting a good deal?

Prices of store bought drinks have been falling over the past few decades, but there are still ways to save. That's particularly the case at the high end of the market – for fine wines, liqueurs and imported beers. But you can save money on staples like Carling or Fosters as well.

Read on to find out all you need to know about saving money on alcoholic drinks and make socialising cheaper than ever. 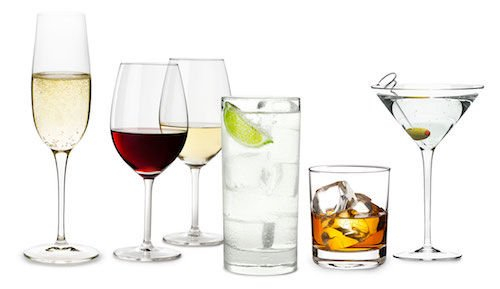 People have been drinking alcoholic drinks for thousands of years. Almost as soon as agriculture was invented, enterprising farmers realised that the grain they grew could be fermented using yeast and water to create intoxicating brews. And they also soon worked out that these drinks carried much less risk of contracting water-borne diseases. That may be why brewing developed everywhere grains were cultivated. There seems to be a human need to enjoy a drink every now and then.

The creation of drinks that we enjoy today was a more recent development, however. While Romans and Greeks drank wine thousands of years ago, the vast range of whites, roses and red (not to mention Champagne and Prosecco) that we enjoy is only a couple of centuries old.

Whiskey emerged in its current form around 400 years ago, before being reinvented as Bourbon in Kentucky, while lager dates back a little longer to Germany and Bohemia in the Middle Ages. Drinks like gin and rum developed quickly when Caribbean sugar started to flood global markets in the 1700s, while liqueurs like Cointreau or Chambord started to appear at about the same time.

Nowadays, drinkers have more choice than ever. Thanks to regulation, there's a huge range of well labelled, consistent drinks, with tastes and strengths that everyone can enjoy. And there's the problem: with so much choice, picking the right alcoholic drinks can be tricky.

What are the Effects of Alcohol?

Before we start, let's quickly run over what alcohol actually does. When you take a drink, the alcohol in your beer or wine quickly enters your bloodstream, passing to your brain and liver. When it gets to your brain, it gets to work, slowing down your thought processes and loosening your decision making processes, which tends to have a relaxing effect. That's why we enjoy drinking – it lets us unwind and forget about our worries.

That's fine if you stick to reasonable amounts of alcohol. However, the more you drink, the more severe the effects become. And there are other side effects. Alcohol is seen as a toxin by the body, so it ends up in the liver, which tries to remove it from the bloodstream. The liver converts alcohol to acetaldehyde which is what causes the sensation of a hangover.

In theory, the liver should be able to remove all of the alcohol from your blood. If you drink slowly and eat at the same time, it's usually able to do so, preventing you from becoming drunk. However, if your blood alcohol level increases too quickly, your liver struggles to cope and drunkenness is the result.

Most of the time, Brits drink sensibly and enjoy the relaxation that a few beers can produce, but it's always handy to remember that there's a fine line between sobriety and being drunk. 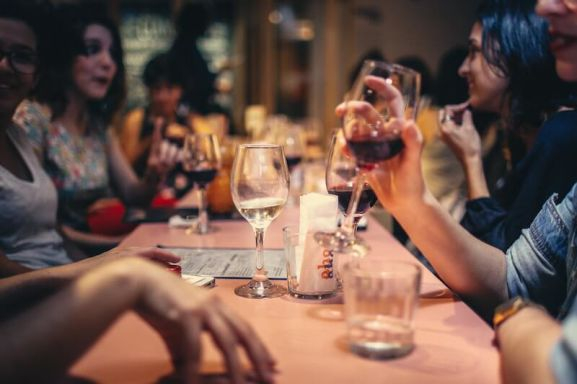 The Most Popular Alcoholic Drinks in the UK

So, onto the selection of alcoholic drinks to be found at hotukdeals. Whether you want to stock your party collection or you need some wine to take to a party, you're in luck. There's plenty to choose from, and here's a quick selection:

Here's to Us All: Guinness 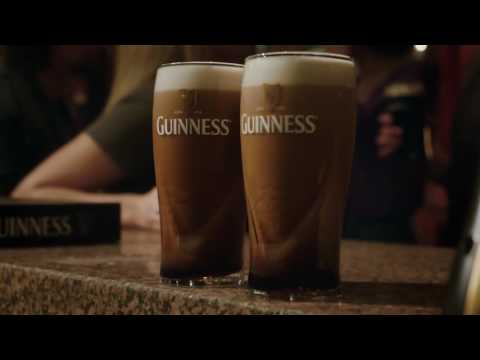 Alcoholic drinks can make fantastic gifts, and there are some great options available. Here are some suggestions if your partner, dad or friends have a taste for fine whiskey or wines.

Is Alcohol Classed as a Drug?

As we mentioned before, alcohol has a depressive effect on the brain, interfering with the body's motor skills and making it harder to make the right decisions. These neurological effects aren't dissimilar to drugs like cannabis or cocaine, so yes, many experts think that alcohol should be treated like a drug.

However, as far as legal classification goes, alcohol isn't classed as a drug, so it's very lightly regulated and not criminalised beyond drink driving and under-age drinking.

The government and experts agree that all drinkers should try to stick to certain guidelines. Generally for adults, the limit is placed at 14 units per week. A unit isn't always easy to understand but roughly equates to a small glass of wine or half a pint of beer.

The short answer is yes, alcohol is fattening. There's no escaping the fact that the body breaks alcohol down into fats and sugars. However, different drinks contain different amounts of calories. For instance:

So, if you stick to neat whiskey or vodka, your calorie intake might not be so high (although that's not necessarily advisable for other reasons). A couple of pints or a glass of wine or two won't ruin your diet, though. Binge drinking is another matter. 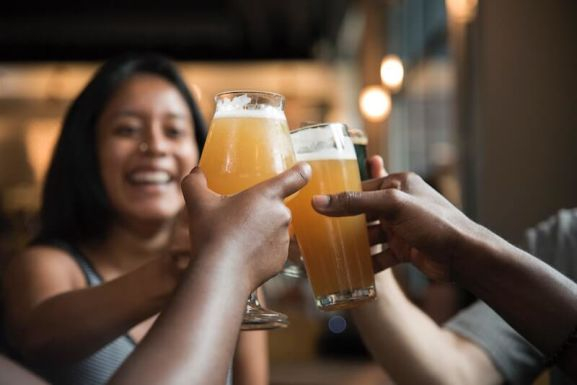 How to Make an Alcohol Purchase at the Best Price

Now we know a bit more about the types of alcohol available and the health issues surrounding alcoholic drinks, how can you save money on the drinks you love?

There are a number of tactics that may be worth trying, actually. For example, if you want to buy a decent, cheap wine, purchasing boxes rather than bottles can be a big money saver. Failing that, if you find a wine that you adore, you can usually buy it “by the case” (12 bottles) at much-reduced prices.

For beer and spirits, saving money is all about taking advantage of current deals. Supermarkets and online sellers regularly run promotional deals, voucher codes, cashback deals and free delivery deals. Thanks to hotukdeals, it's not hard to keep track of alcohol deals across multiple merchants.

There may be other money saving tactics too. Beer clubs often provide introductory offers, Amazon Prime discounts sometimes stretch to alcohol and you may be surprised by the extent of student discounts too.

Alcohol is also the kind of product that supermarkets discount when special occasions approach. Wine deals appear before Valentine's Day and Christmas. Beers are discounted before the World Cup or the summer barbecue season. So shop at the right time of year and you should make big savings.

Alcoholic Drinks for Less at hotukdeals

If you have a favourite tipple or you want to explore some new types of drink, hotukdeals is the site to use. From craft beers and cocktail mixers to the finest Islay whiskies and the most accomplished French wines of the season, our listings collect reductions from the UK's biggest alcohol retailers, allowing you to find cheap booze for any occasion.