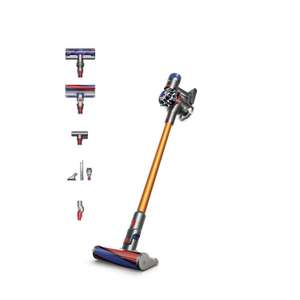 -68° Expired
Posted 19th AprPosted 19th Apr
Dyson V7 Absolute Cordless Bagless Vacuum Cleaner for £249 with voucher code @ Sonic Direct£249£29917% off Free P&P FreeSonic Direct Deals
Get deal*Get deal*
You can get the refurbished Animal on the Dyson Ebay for 199 but then if you have hard floors, you really need the soft brush attachment which costs £50 alone. So if you want the soft brush… 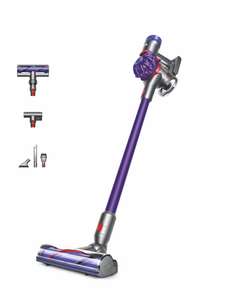 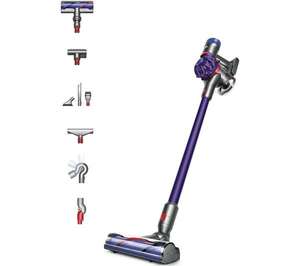 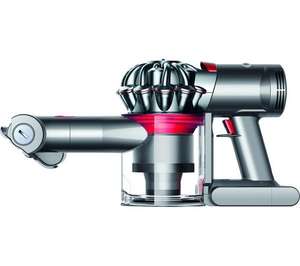 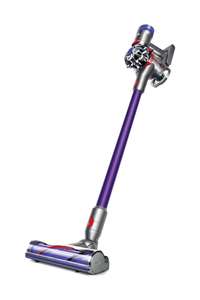 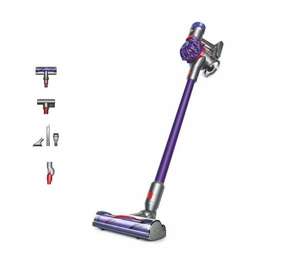 The V7 is one of the latest vacuum cleaner from Dyson which contains what the company call a ‘digital motor’, this makes it very efficient at picking up dust and dirt. You can expect up to 30 minutes of suction when using it cordless, though this will vary depending on which mode you select. To make emptying dirt more hygienic, there is a lever which can be pulled to expel all the debris collected at once.

The History of Dyson

Launched by James Dyson in 1991, this British company concentrated its efforts on perfecting bagless vacuuming. By 2001, the Dual Cyclone had become the UK’s best-selling vacuum cleaner, promoted by the advertising phrase: ‘say goodbye to the bag’. Heaters, hairdryers and fans followed, as Dyson enjoyed success on the global marketplace. Now Dyson sells its products in more than 65 countries and funds a charitable foundation which supports the training of young engineers. 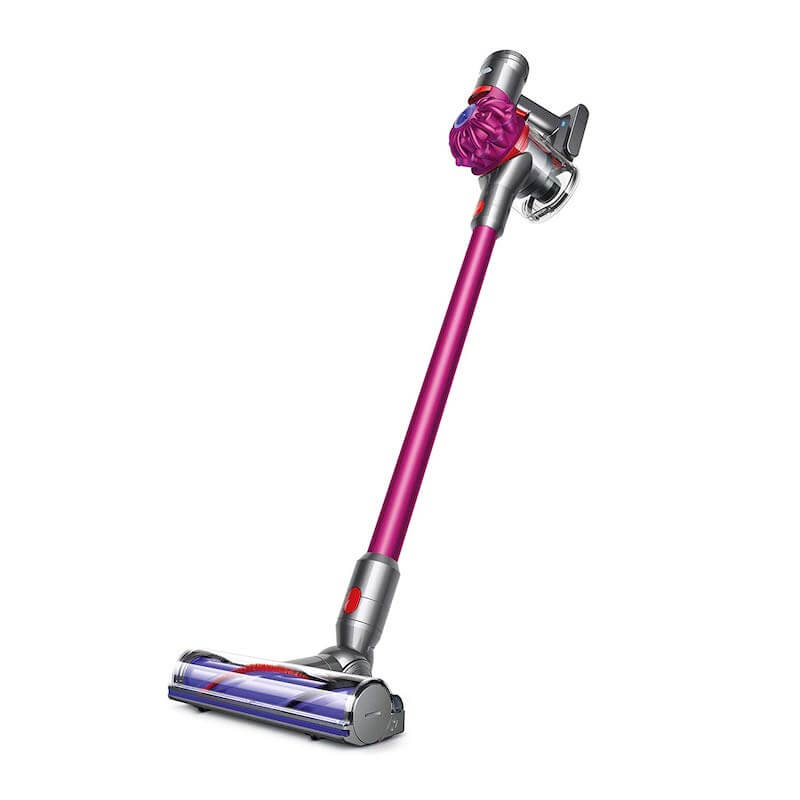 Why Are Dyson Products So Expensive?

Dyson has a popular line of V-Series vacuum cleaners, the star of which is the Dyson V10. All are excellent housework tools with lots of extras to make various tasks simpler, but they are notoriously expensive. You may be asking why the price of these hoovers is so high and whether the price tag is justified.

This is mainly down to the extensive research that goes into the manufacture of each product and the various onboard technologies which add to their functionality. These include the “Cyclone’ feature which can suck up 99.7% of particles, even those which are microscopic, and the ball which allows users to manoeuvre their stand-up vacuum quickly. With the V7, they’ve produced a convenient stick vacuum that can be picked up and used quickly whenever required.

Just because the higher price tag is somewhat justified doesn't mean you have to pay the full price for a new hoover. You can shop the Dyson V7 sale offers on this page to see if they are reduced to an amount you’d be willing to pay.

The Dyson V7 cordless models are located in the middle of the V-Series, they do not provide the suction power of the flagship Cyclone V10 Absolute, but are quieter than the Dyson V6 and slimmer than the Dyson V8. Despite its smaller size, the V7 does provide an excellent level of suction and a range of helpful tools, as well as being highly portable.

There are three key models in the V7 range, all of which offer 30 minutes of cordless cleaning. These are the Total Clean, the Animal and the Motorhead. Each is finished in a different colour and has a complement of tools for various tasks.

As the name suggests, this is the most expensive V7 in the range and is designed to tackle every area of the home. It comes with more tools than the other two models and can be distinguished by its red wand. It also has an extra filtration feature that traps dust particles and allergens, so they don’t escape back into the room after being sucked inside. Aside from these differences, the >V7 Total Clean works the same way as the Animal and the Motorhead.

The vacuum's body houses the battery, along with a 0.54-litre bin. This is emptied by pulling the cyclone element out with the handle and opening up a flap which pushes out the contents. The Dyson V7 Total Clean filter is designed to be washable in cold water, but you won't have to do that after each use. To switch the unit on and keep it on, there is a non-lockable trigger. You’ll need to keep it depressed the entire time, as once it is released the suction is cut off. According to Dyson, this encourages people to give the battery a break when they are changing positions or moving between their cleaning jobs. This, in turn, keeps the run time high.

Along with the wall-mounted docking station and the charger, all Dyson V7 Vacuum cleaners come with a Motorhead. This attaches to the wand and contains an electric direct-drive motor to loosen and collect dirt that has become ground in. Part of the roller bar is made up of stiff nylon bristles, whilst the remaining areas are carbon bristles with a softer surface. This ensures that all sizes of particles are picked up on carpet or hard floors. The neck of the Motorhead moves around to make the process of getting into smaller areas easy.

Although this is the most expensive of the range, the V7 Total Clean is a better choice if you suffer from allergies or live with someone who does. It removes and then traps the kind of particles and allergens which can be irritants, so people may find their symptoms are relieved when it is regularly used to clean.

A Look at the Dyson V7 Animal Vacuum

The Dyson V7 Animal has been developed especially for cleaning homes where pets live.

Along with the Motorhead, it is packaged with the Mini Motorhead tool and the Crevice tool. The Mini motorhead tool allows you to tackle hair and dirt in tight spaces and is perfect if you're regularly driving your dogs in your car. The Crevice tool is designed to tackle edges and narrow gaps, making it easy to get at hair and dirt that's tucked behind your sofa and other furnishings.

The Animal tends to be cheaper than the Total Clean, so if you're not a pet owner and simply want to save a bit of money, it can also be a good option. It has a lot of the same features, including all the essentials you need to clean your home. 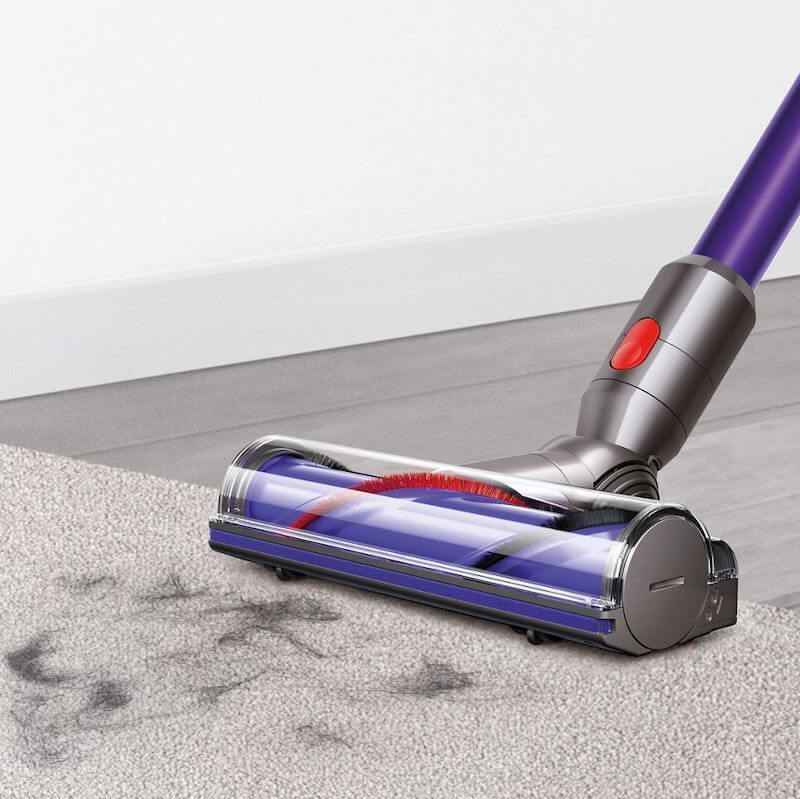 What About The Dysvon V7 Motorhead?

The Dyson V7 Motorhead cordless vacuum cleaner is the basic option and is designed for only the most essential cleaning in your home. If you don't have pets and simply want to clean your floors and furniture, then look no further than this model

The wand is fuchsia, and this model comes with the crevice tool, as well as the Motorhead. The Dyson V7 Motorhead is around £50 cheaper than the Animal, so this could also be the right choice for people wanting to save a bit of money. It may even be worth to pick up a good Animal deal instead of the Motorhead though, particularly if you want to make use of tools like the Mini Motorhead or Crevice tool

The tech nerds amongst us might want to know exactly what the Dyson V7 has under the trunk. Here's a quick breakdown:

How Long Does The Dyson V7 Take To Charge?

The Dyson V7 has a built-in battery which takes around 3 hours and 30 minutes to charge fully. This can be done whilst the unit is in the wall dock which comes with the vacuum. To have the cleaner always ready for action, you can leave it in the dock. The battery is designed to switch over to idle mode once fully charged, so it won’t be damaged. Unfortunately, as the battery is non-removable you can’t buy a second one as a backup if you tend to do a lot of cleaning at once. 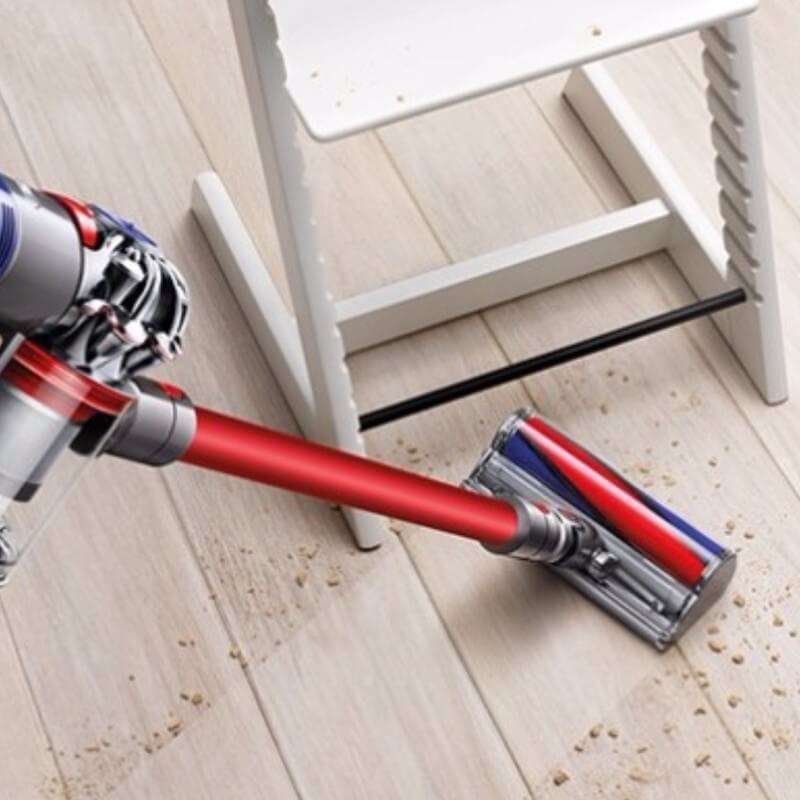 How To Clean A Dyson V7 Filter

The filter in your Dyson vacuum cleaner stops dust and debris from getting into the unit’s motor. As they have been developed to capture dust particles, the filters can also prevent air from flowing freely when too much dust is trapped. By giving it a clean, you’re likely to enhance the vacuum’s suction power.

According to Dyson, filters that are used regularly for standard cleaning jobs should be cleaned out each month. If you use the vacuum for heavy-duty cleaning or it is used multiple times each day, it will probably have to be cleaned more often.

Owners will know how to clean a Dyson V7 Animal filter, but here is a quick guide for anyone who is not sure: 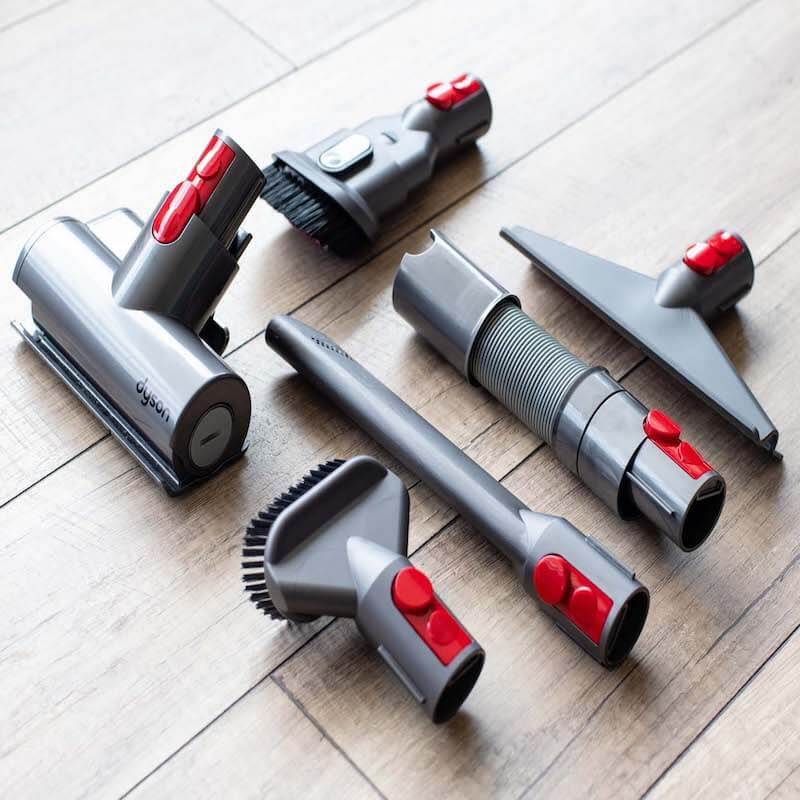 The Pros and Cons of Owning a Dyson V7

Dyson is known for producing highly innovative vacuum cleaners that are of excellent quality, so is there anything which could be improved in the V7 series? Here is a look at the advantages and disadvantages of this cordless range:

A Dyson V7 vs V8 Comparison

The Dyson V7 and V8 are relatively similar in terms of design but have a number of key differences when it comes to the filter, power and price. 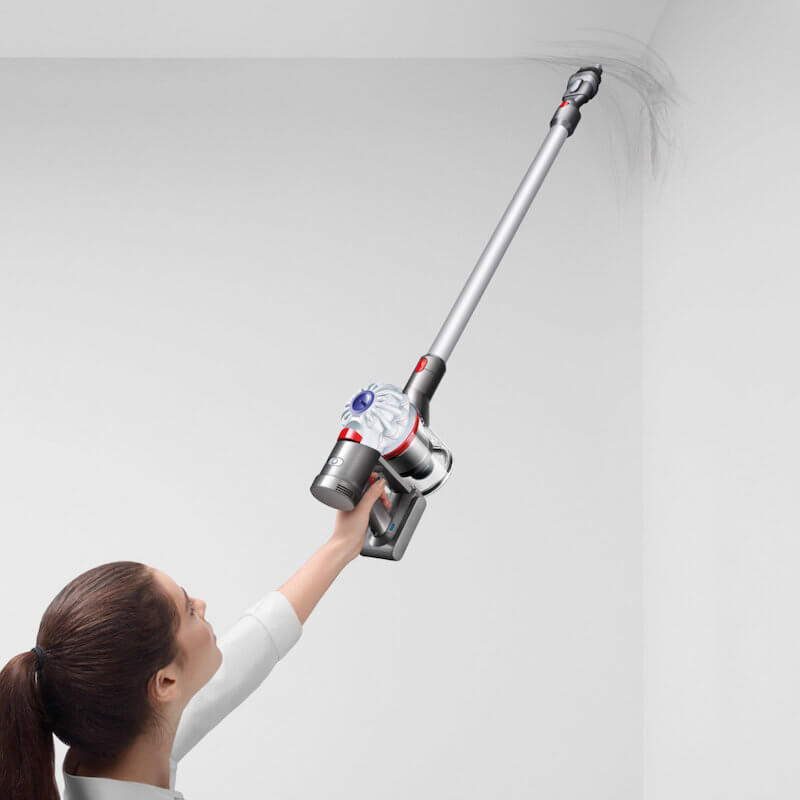 As we said at the top of this buyers guide, Dyson's vacuum cleaners are some of the most expensive out there. So, it's essential that you find a good deal and don't pay way more than you should be for a vacuum cleaner.

Dyson themselves offer a way of picking up a V7 for less via the company's outlet page. Here, you can pick up refurbished vacuums that have been returned and repaired. Any vacuum cleaner you pick up from the outlet page comes with a 1 or 2-year guarantee as well as a money-back guarantee. The prices are often a £100 cheaper than brand-new models, so this can be a brilliant way to save big.

Timing your purchase is also a great way to save big. Any holiday season or bank holiday is a good time to find the cheapest Dyson V7 prices, with retailers creating discounts off the full price, or offering free additional tools to go with the vacuum cleaner. Dyson also participates in Black Friday by creating various offers on their products and letting their customers know what will be available in advance.

Make Big Savings on the Dyson V7 with hotukdeals

For lower prices on a Dyson V7 take a look through the offers at hotukdeals, we list every reduction on the vacuum cleaner from online and high street stores at hotukdeals.