All Lego City Discounts, Offers and Sale - May 2022 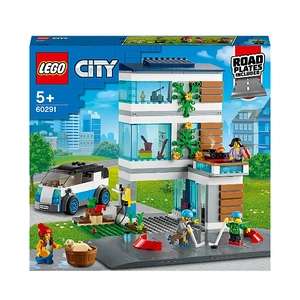 196°
Posted 21st MayPosted 21st May
LEGO City Community Family House Set 60291 £30 (Possible £28.25 with TCB and Topgiftcard) @ Asda George£28.25George (Asda) Deals
Been looking at getting one of these for a while, seen deals with other retailers in the early thirty pound bracket. £30 on Asda George (so just bought). Purchased an Asda Giftcard for £30 v… 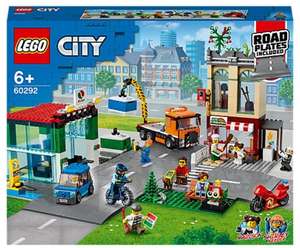 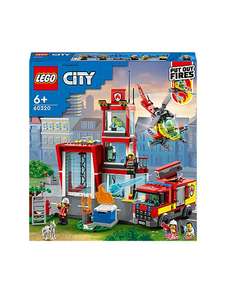 Damm, missed it. Thanks anyway OP.

This is very nice set. In a very good price. HOT 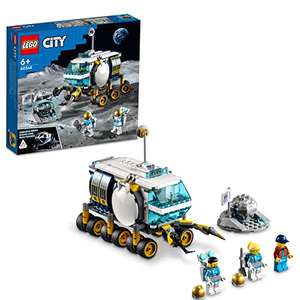 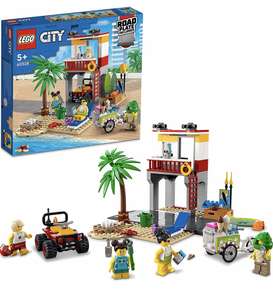 Nice spot have one, waiting for it to go to sub £15 like the skateboard park one did so i can get another to part out for mini figs etc and sell mine i got for £15 (£20 Sainsburys earlier in year with a a £5 off x spend voucher) 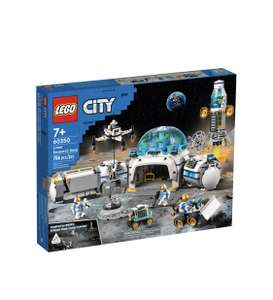 Inspired by the excitement of living in a big city, Lego City is a range of building kits designed for ages 3 to 12+, but it is also loved by many adults. There are packs that depict construction work taking place, emergency services, freight transport and much more. Each pack comes with a series of numbered bags containing the Lego bricks, along with complete instructions on how to fit the pieces together.

Since 2005 Lego packs that relate to town life have been released under the City title. Although at first the action centred around the emergency services and industry, more diverse themes like Deep Sea Exploration and Arctic were soon added. The success of these construction kits has inspired a video title based on Lego City game, which can be played on all major consoles. 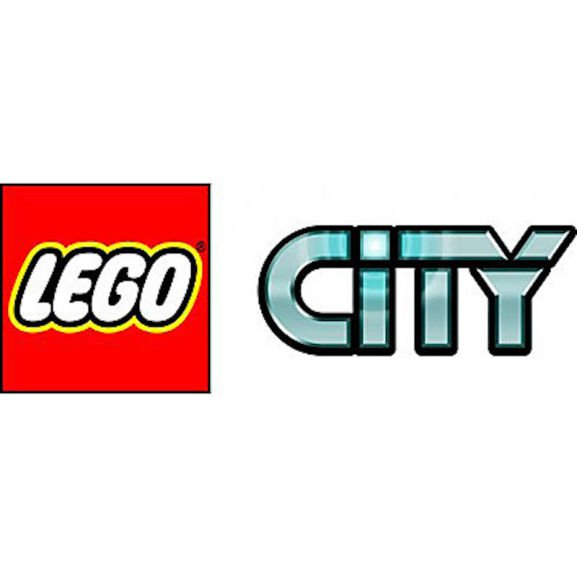 Lego is a learning toy that is also incredibly fun and rewarding to play with. In a world where many children enjoy gaming, Lego is a tactile alternative that gives them a range of building materials to stir their imagination, rather than just bricks. Kids learn to construct buildings with windows and doors, or attach wheels to cars that they can then move around. There are also many playable elements in complex builds like the Police Station and the Lego City Fire Station, which has a replica cherry picker crane. With a crop of TV series and films, Lego has now crossed over to other platforms and continues to be a popular choice for kids of all ages. 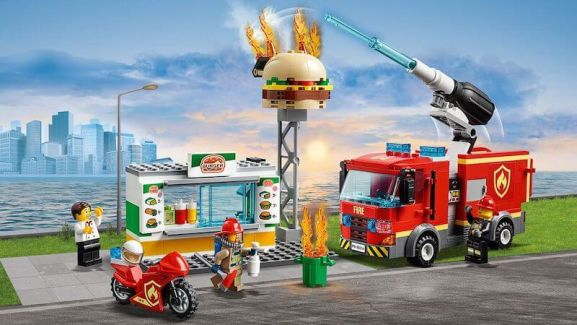 Lego has included many familiar buildings, vehicles and scenes to populate its city, here are a few of the best known and enduring packs. 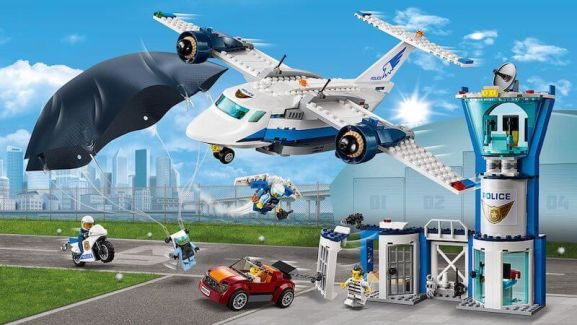 There have been three Lego City themed advent calendars released since 2005, these are sold online and at high street retailers during the Christmas period. The Lego City Advent Calendar is produced with a flap to the front, this opens out to become a mat which can be used to create scenes as the toys are taken out. Behind each of the twenty-four doors, there are different buildable gifts. These include robots, trucks, spacecraft and some mini figures. You will also find animals like huskies and other seasonally inspired items, like cookies and even a Santa. This calendar is sold for the 8-12 age group and the gifts can be added on to other packs.

Lego has a history of creating great games to go with their themed collections, these include titles based on Lego Star Wars, Lego Harry Potter, and Lego Lord of the Rings. To accompany the Lego City range, they have produced Lego City: Undercover for the Nintendo Switch, Wii U, PS4, and the Xbox One. Although it is not linked to any larger franchise, this is an excellent romp with plenty of the company’s trademark comedy notes. The premise borrows heavily from Grand Theft Auto, with nods to kung fu, gangster and police films, but with a PEGI 7 rating, the action is all child-friendly. You play as Chase McCain, a cop with numerous disguises who works his way around Lego City hunting for master criminal, Rex Fury. The large open world has plenty of vehicles for players to test out, side quests and endless potential for exploration. It also packs in familiar Lego gameplay elements, like puzzles and collectables. 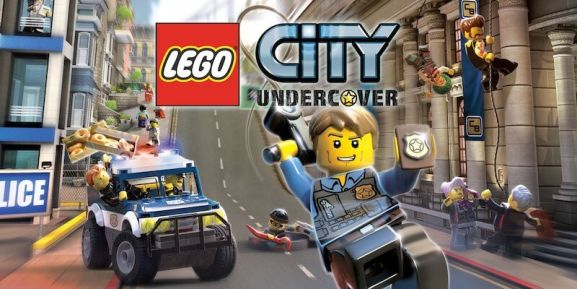 What to Consider When Buying a Lego City Pack

There is a huge amount of Lego City packs to choose from, some are affordable and some are quite expensive. Selecting the right one can be a challenge, but here are a few ideas to help you narrow a search. 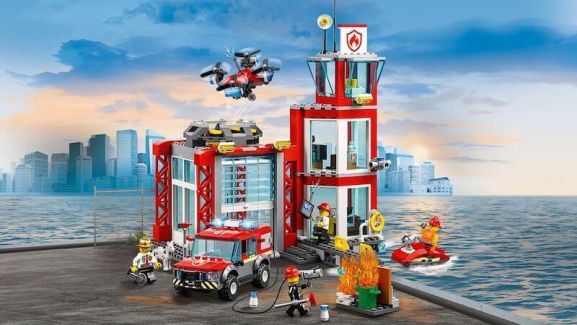 Advantages and Disadvantages of Lego

Although Lego is an exceptional toy that has stood the test of time, there are a few advantages and disadvantages you might consider before purchasing a Lego City set.

Are There Cheaper Products Similar to Lego City?

There are a range of less expensive construction kits that offer a similar experience to Lego City. Some of the most popular are Mega Bloks and Block Tech, along with a range of own-brand Lego clones. These kits provide hours of fun for kids, but they are not produced with the same build quality or complexity and are unlikely to last as long as genuine Lego. Furthermore, cheaper versions do not provide the degree of variation that Lego does and they have little or no resale value.

When Are the Best Bargains Available on Lego City

The complete Lego City collection is available at the Lego store, along with a selection of accessories to enhance each kit. As a perennial favourite, Lego City items are usually stocked at supermarkets and toy stores. You can shop the range online at John Lewis, Asda, and Smyths Toys, amongst many other retailers. From time to time Lego creates new packs and retires older models if you are looking for a retired kit they are often in stock at eBay, but you can also check in at the Retired Products page at Lego.

In order to bag a reduced Lego City kit, you can shop in the sales at Christmas or during the Black Friday and January Sale events. During these times, Amazon and Argos, amongst others, both take part in these sales with huge reductions across their Lego department, including the City range. In past years, reductions of up to 30% have been laid on by Debenhams and Hamleys, but there are also good deals to be found online in the regular bank holiday, spring and summer sales.

Lego City are themed Lego Sets that allow fans can create their own thriving metropolis. The hotukdeals community discovers all the best Lego City buys from across the internet and high street, then publish them together in a regularly updated tag page. You can find the best deals and offers on Lego City Sets on the hotukdeals listings.