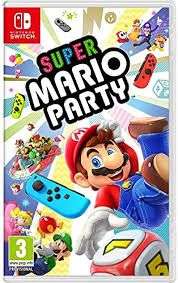 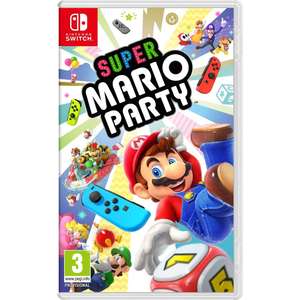 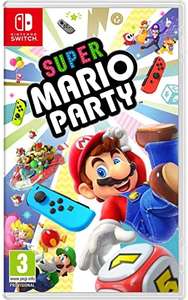 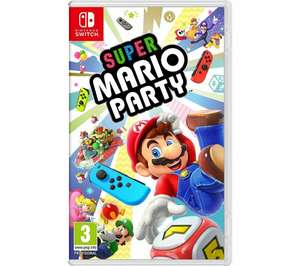 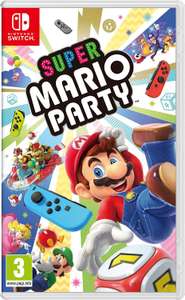 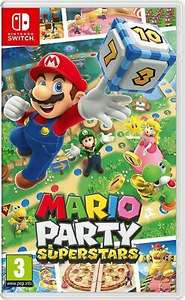 The latest edition of Nintendo’s Mario Party games comes to the Nintendo Switch and sees the Mushroom Kingdom gang going back to basics. Individual members of the Mario squad move around a virtual board-game, earning stars in a collection of fun mini-games, and battling to become the winner. Players can take part alone, locally in groups of up to four, or with friends online! 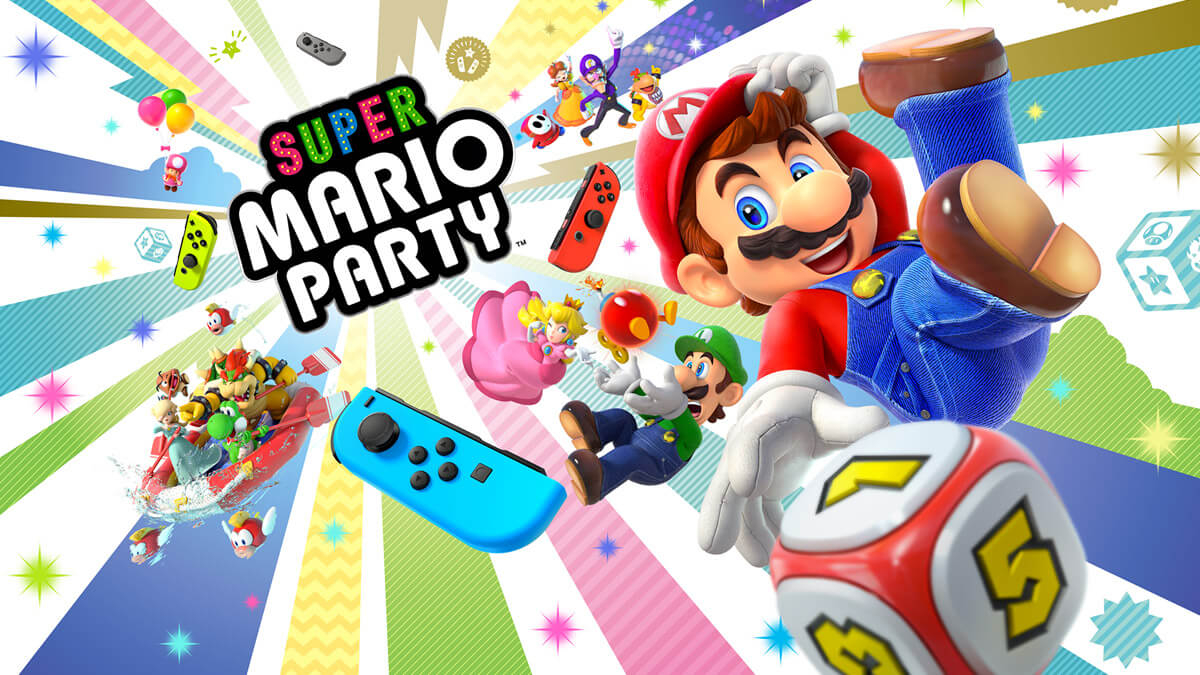 In June 2018, Nintendo and games developer NDcube, announced at that a new party title, Super Mario Party, would have a release date in October of that year. On 5th October 2018, it was released for the Nintendo Switch, becoming the eleventh title in the main Mario Party series.

There are two key formats of Super Mario Party, the digital version and the physical version. Alongside these, there are four bundled versions that might be of interest to collectors who want a limited-edition pack, or players who like Mario-themed gifts. 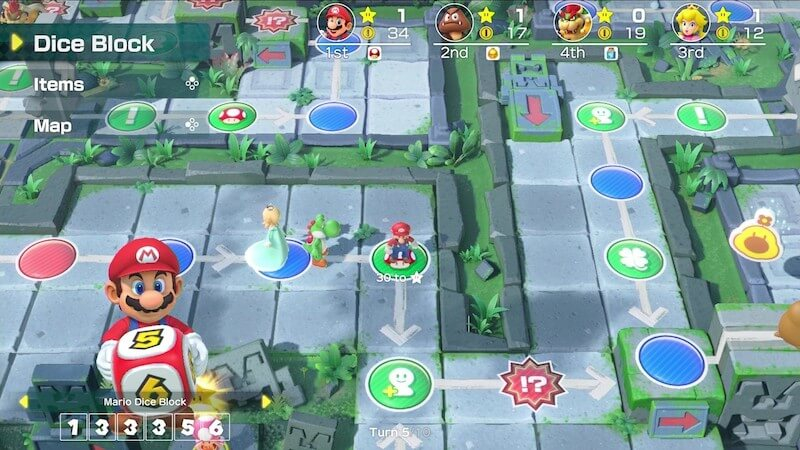 Aimed at older fans who have fond memories of the massive Mario Party library and younger players who love basic mini-games, Super Mario Party is a fun and fresh reboot of the Mario Party series. This is the first version of Mario Party to have an online mode and there are seven individual modes of play to master.

It all starts at the Party Plaza, where you can choose which way you'd like to begin. In order to select an option, just walk up to it, or make a choice using your Party Pad if you’ve played before. The different modes are: 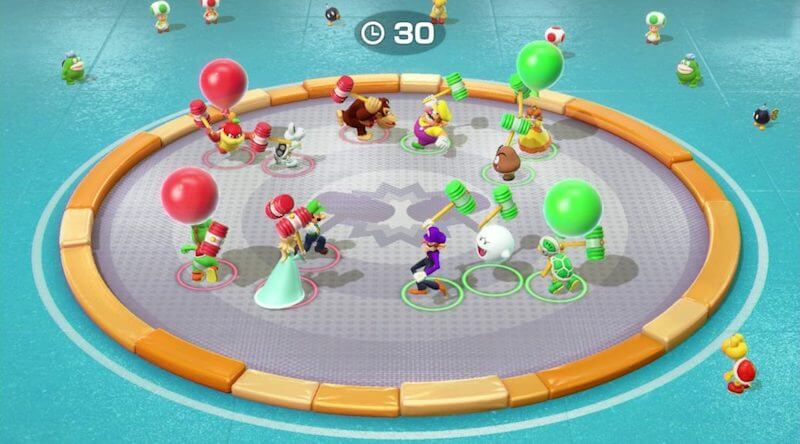 In general, critics were impressed with the blend of new ideas and nostalgic references to past Nintendo Super Mario titles. They mention the good selection of mini-games and fresh new touches, like favourites from the Mario roster getting more involved with the action. However, the problems people encountered included mini-games experiencing a series of random glitches, joy-cons getting in the way during group sessions and an online mode which could have been more exciting.

Super Mario Party is considered one of the best titles in the Mario Party series, but is there anything that Nintendo could have done better? Here’s a look at the pros and cons:

How to Buy Super Mario Party at the Best Price

For the bundled versions of Super Mario Party, you can shop at the Nintendo Store, this is a good place to find digital copies, though these are also available through Amazon. Most online retailers which stock titles for the Nintendo Switch, like Argos, Asda and Very, also have plenty of physical copies on offer. At the online store Game.co.uk, you can choose to purchase a brand new physical title, a bundled copy, the digital download, or a cheaper second-hand copy.

Big titles always become cheaper as they get older, but if you want a copy immediately there are a few ways to save money. Black Friday and Cyber Monday are popular times in the UK and shoppers can find gaming titles reduced by up to 50% at retailers. Retailers like: Smyths Toys, 365 Games, Sainsbury's and eBay; all reduce the price of certain lines, and regularly include items from their gaming sections.