All Gillette Razor Discounts, Offers and Sale - May 2021 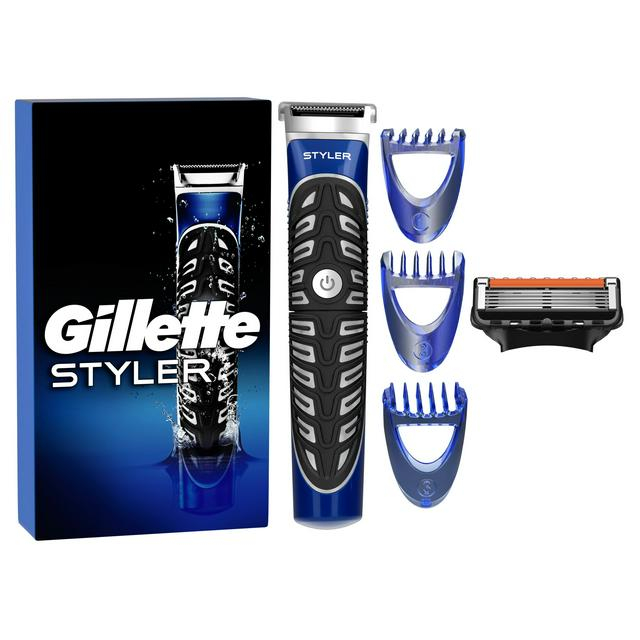 Also if you watch the Gillette ad carefully it very consciously uses white men more than men of colour in the examples they show of negative behaviour, then towards the end shows men of colour disproportionately more as examples of positive role models than white men on the ad. It’s so blatantly obvious how ‘Woke’’ it was trying to be. This is why it was widely ridiculed and then the consumer backlash started. As someone pointed out, if the Gillette ad was reversed to show women instead of men it would have immediately been labelled as misogynistic. It’s a textbook example of misandry and tribalism.

:D Great first post @deccyj Don't go making us wait another 10 years for your next one ;)

Thanks. Hot for me.

It had nothing to do with emotion, it basically accused all men of sexual harassment and ignorane. Angered a lot of people... imagine assuming only women are sexually harrased, then imagine assuming they are only harassed by men and then completely vilify all men and tar them with same brush. That's what Gillette did. Moronic thing to do they deserve the 350mil and counting it cost them. 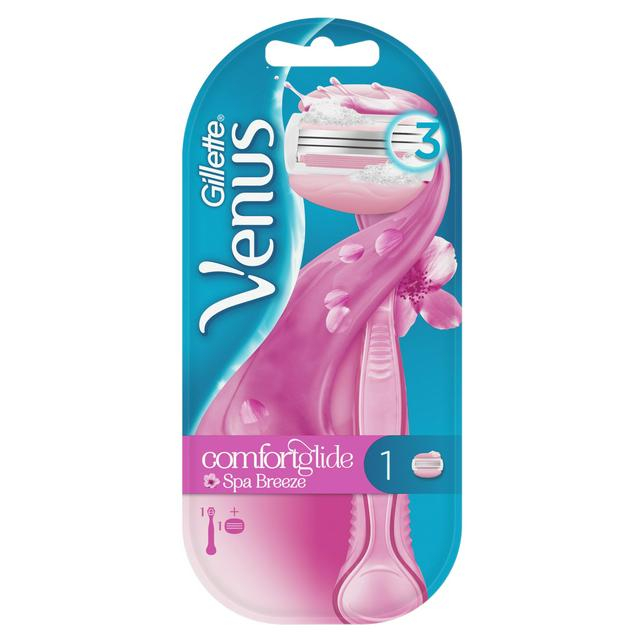 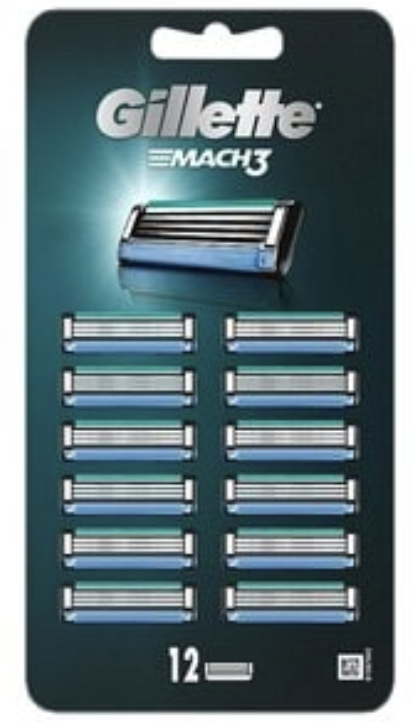 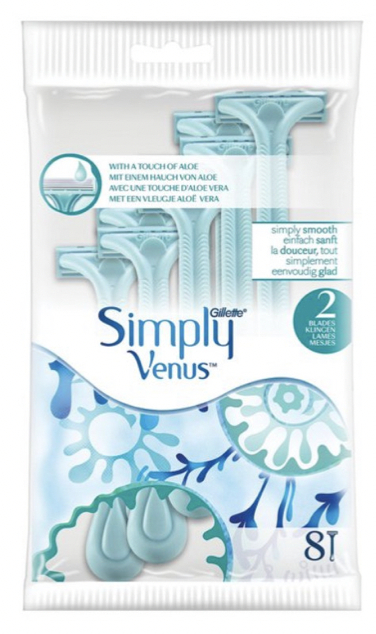 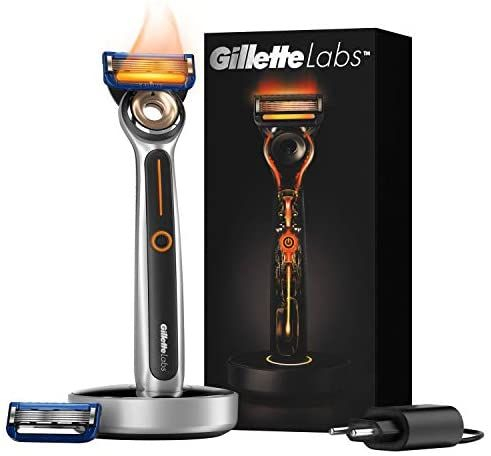 Something like that, I'm not quite sure but she seems to have a problem with everything unless it's superficial and insincere...hey ho :)

Offended? Disgusted more like, it had that hooked nose wretch that is Ana Kasparian in it and was full of people apologising having a willy.

I wasn't offended about the advert after watching on YouTube however at £5 a blade, I am offended.

Proof that you can ask anything on Amazon Answers (I hardly watch adverts as I fast forward through them, so the reference passes me by) 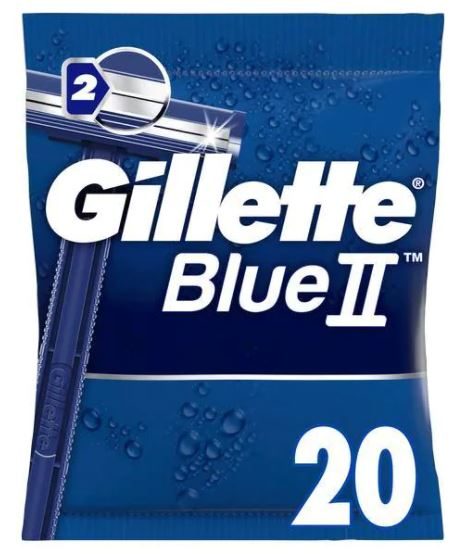 Before King Gillette introduced his safety razors in the 19th century, men had to contend with straight razors, or let their facial hair run wild.

Nowadays, the American shaving brand is still going strong, occupying a leading role in the global razor market. But which designs should UK buyers go for? Should they choose Gillette Fusion blades offers, cheaper Blue models, or Mach 3 designs.

If you can't tell the difference, don't worry. This hotukdeals buyer's guide will explain everything razor buyers need to know if they want to get the perfect shave, every time. 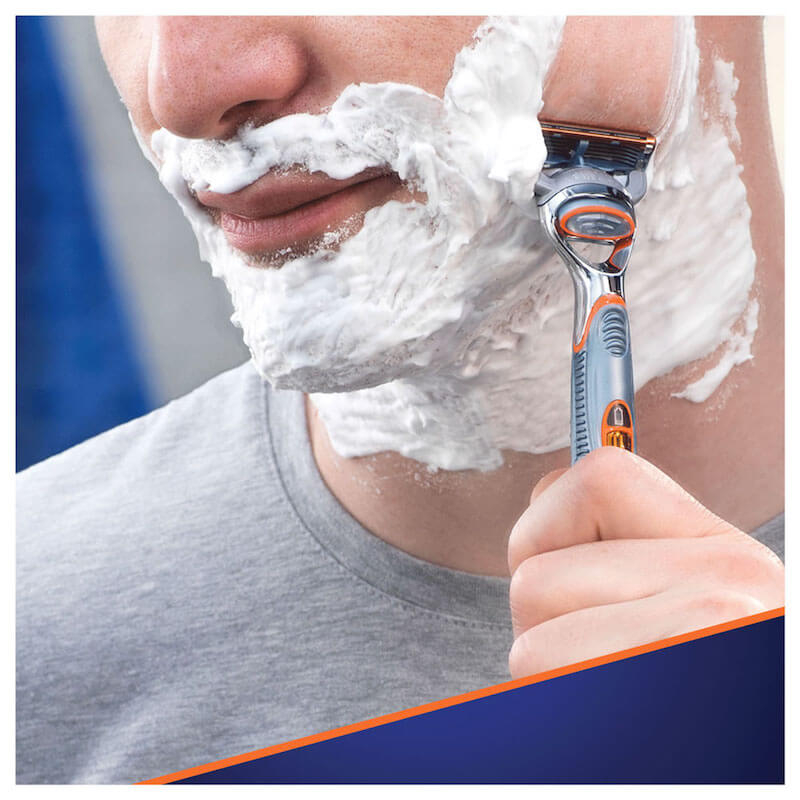 Before King Gillette came along in the 1880s, the vast majority of men had to maintain straight-edged razors, and carefully shave their faces, constantly risking lacerations. Even getting ready for work was fraught with dangers in those days, and the stage was set for a revolutionary range of “safety razors” to make things easier.

Gillette realised the potential for disposable products that could be used a couple of times, and then thrown away. After several prototypes, he came up with a solution, in the form of a pre-stamped disposable steel razor. Taking advantage of advances in steel production, Gillette managed to combine sharpness and low costs (well, low enough for millions of Americans to embrace the product). And by the 1900s, he was a multi-millionaire. Although he would later lose his fortune in real estate speculation, Gillette had left a legacy that would help men across the world.

Nowadays, its range includes budget one-blade models, three-blade designs which minimise skin irritation, and deluxe 5-bladed designs. But the actual concept remains strikingly similar to the style pioneered by King Gillette himself. And, as sales figures show, customers still value the brand's mix of low prices, choice, and quality – even in an age of electric shavers.

How do Gillette Razors Work?

Gillette's products tend to fall under the category of “safety razors”. The “safety” element of the name is important. This means that the razor has some form of protection placed between the blade and the skin, reducing the risk of accidental cuts (but not totally erasing the potential to draw blood when shaving).

Most Gillette razors now use more than one blade, with 3 or 5 blades now standard. Using more blades ensures a closer, less risky shave, providing users with more precision. So as a rule, the more blades a razor has, the more expensive it will be.

These blades are mounted on what are known as “cartridges.” With cheaper models, the cartridge remains fixed to the handle, and the whole razor needs to be disposed of when the blades become dulled or blocked by hair and shaving cream. With more expensive Gillette models, cartridges can be removed, and need to be purchased separately in multi-packs.

Finally, Gillette Razors usually feature a green strip above the blades. This feature, which is a distinctive aspect of the brand's products, is infused with aloe, a plant with naturally soothing properties. That way, shavers can minimise the risk of irritation when using their razors.

That's basically it. Safety razors are extremely simple to use, and there's no great science behind them. Nevertheless, Gillette markets a range of different styles, and it's important to pick the right one. So let's explore what the company has to offer and help you make a decision. 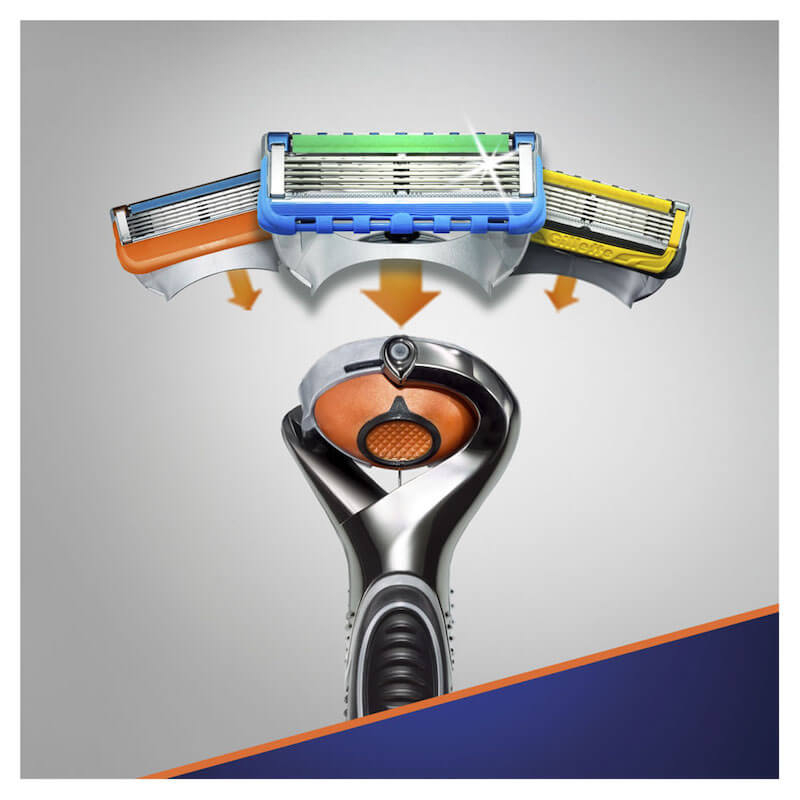 Different Styles of Gillette Razors for Customers to Purchase

Gillette's razors can broadly be divided into three brand areas: Blue, Fusion, and Mach. So let's deal with each one in turn to tease out their distinctive qualities and features.

In general, as you rise up the Gillette product ladder, the prices rise, and the quality becomes higher at every tier. There aren't many technical innovations between the Blue and the Fusion ProGlide, but buyers will certainly notice the differences when they use them regularly.

This isn't the case with the Fusion ProGlide Power. A major step up from the manual razors listed above, the ProGlide Power uses batteries contained within the razor casing to deliver more shaving potential and achieve more reliable results. It comes with a “FlexBall” mechanism which gently tracks the curves of your face, and tends to require less pressure to achieve good results, thanks to the speed of its vibrating blades. So the danger of drawing blood is radically reduced. Of course, it comes with an elevated price tag, and the need to deal with charging, but that won't be an issue for many guys, and the ProGlide Power discounts at hotukdeals will usually ease any financial pain.

Is Gillette Still Seen as One of World's Best Shaving Brands?

Before we look at some practical elements of buying and using Gillette razors, it's really important to put the brand into perspective. These days, Gillette is one among many grooming brands, and it may not be the best one to choose. So what do customers and shaving experts say about its current product range that will persuade us to stick with Mach 3 or Fusion ProGlide razors?

Actually, there's quite a lot of love for Gillette products out there, including some of the web's most respected men's grooming blogs. For example, ShaverGuru has assessed the Fusion ProGlide Power and praised its FlexBall technology, trimmer, and the ability to shave without using too much force. And customer feedback for the standard manual ProGlide is similarly positive, as a quick scan of Amazon listings shows.

However, there are some dissenting voices with all of Gillette's razors. Whatever model you focus on, you'll find some people who experience cuts or poor-quality results, partly due to their technique or the way their facial hair grows, and partly because they just don't get along with the product. So buyers may need to check out alternative brands.

This isn't the place to assess all of Gillette's competition, but if you aren't excited by the company's razors, check out brands like Merkur, Feather, Schick, and Dorco. Some of them are boutique brands with higher prices, but all have their fan base, and offer some excellent manual razors. 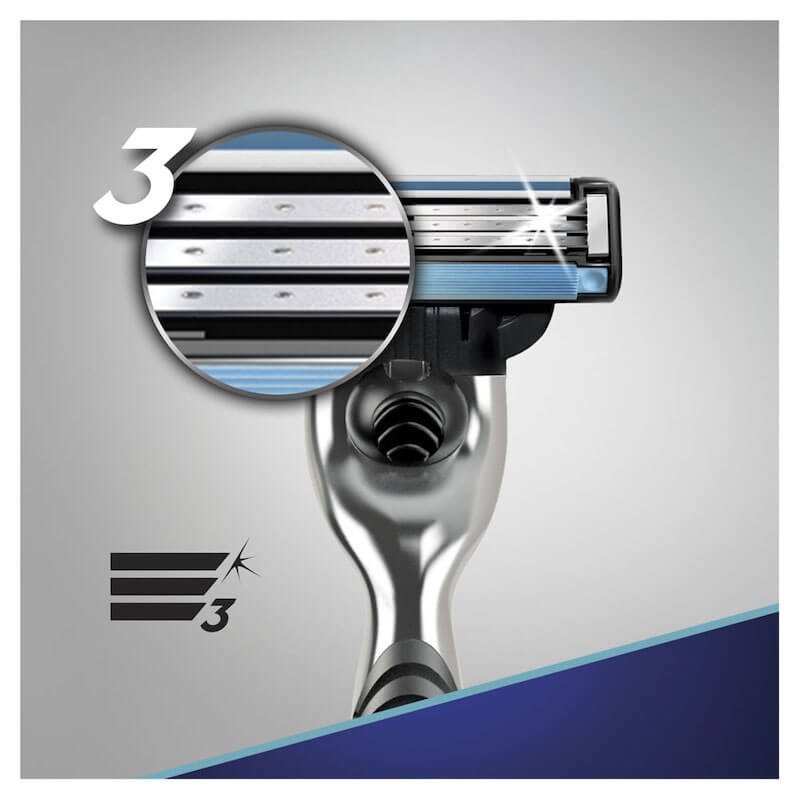 How to Choose A Set of Gillette Razors – Some Buying Advice

If you've decided to stick with Gillette, that's great. But don't just rush over to the hotukdeals listings to find Mach 3 or Gillette Fusion blades offers. There are plenty of things to think about before making a decision if you want to get the right results and the best prices.

Finally, a couple of ethical issues that customers may want to take into account. Ideally, if you are using disposable razor blades, they should be easy to recycle. There's no need to add to the mountain of plastic waste polluting our environment, but are Gillette razor blades recyclable? Sadly, they generally aren't. In the USA, the company has been exploring recycling options, but most UK recycling schemes won't accept cartridges where metal blades are attached to plastic casings. If you want to be really eco-friendly, pick a razor with a detachable blade instead.

Some customers will also be very concerned about animal rights. So, do Gillette test on animals? Animal rights campaign group PETA waged a long campaign against the company, claiming that it unnecessarily tested products on animals, but this was dropped in 2012. However, that doesn't automatically give Gillette a clean bill of health. Its parent company Proctor and Gamble may have committed to minimising animal testing, but hasn't unequivocally stated that Gillette razors are "cruelty-free." So if you're worried about animals, it's probably a brand to avoid.

Travelling With Gillette Razors, Are They Travel-Friendly?

Some buyers will be worried about whether their Gillette razors can travel across borders. With recent crack-downs on potentially dangerous items, razors may seem like exactly the kind of item fliers will be prohibited from carrying, and in many cases, that's true. However, the answer to the question are Gillette razors allowed on planes is more complicated than you might think.

Most of the time, blades mounted inside safety cartridges don't contravene aviation security regulations, meaning that passengers can carry them onto planes and use them to freshen up before landing.

Shaving Accessories and Products to Buy With Gillette Razors

When you purchase Gillette razors, that's probably not going to be the end of the story. Along with cheap Gillette blades and handsets, buyers will almost certainly need creams or lotions, along with other shaving accessories – all of which can be found for less at hotukdeals. Here are some common buying ideas: 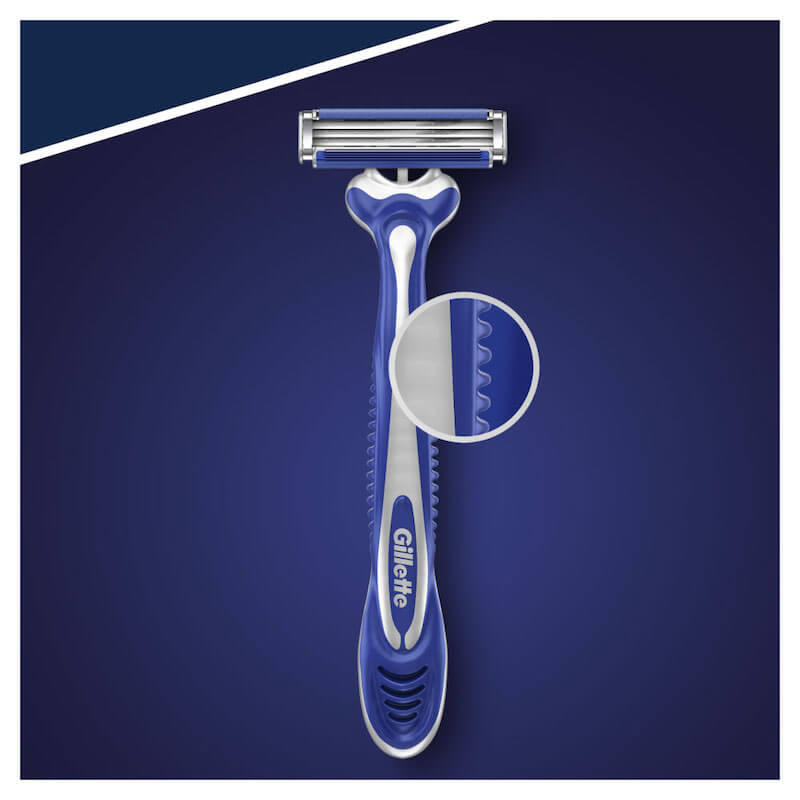 How and When to Find Gillette Razor Deals

Gillette has been around for over 100 years, and it continues to set the agenda where razors are concerned. As we've seen, buyers have a variety of razors to choose from, stretching from affordable Blue versions, to sleek Mach 3 handsets, and advanced ProGlide models. By now, you've probably got a good idea of what style you'd prefer, but what about finding the cheapest Gillette Fusion blades, or the most affordable Mach 3 handset?

In that case, hotukdeals offers the ideal solution. Buyers will find all of Gillette's razor models at the hotukdeals Gillette listings, including handsets, disposable razors, battery-powered ProGlide Power devices, and replacement blades. All of the UK's biggest grooming merchants are available to browse, including Boots, Argos, John Lewis, Superdrug, Amazon, and many other affordable High Street and online sellers.

When picking up a razor for the first time, don't just look for the handset itself. Try to combine it with replacement blades, as bundle deals regularly become available. And if you can add shaving cream or aftershave – all the better. Whatever you do, don't just head to the nearest store and pay shelf prices. Razors and blades are notoriously expensive in-store, when discounts aren't available, making it absolutely vital to secure the best Gillette offers, and hotukdeals is the place to do so.

Get the Perfect Shave With Gillette Razors Offers from hotukdeals

Gillette used to market itself as “the best a man can get.” Well, things have changed since then, with many alternatives, but the American brand remains a mainstay for men who need to look neat and tidy. Gillette razors come in a variety of models and styles, with premium and low cost options. But whatever style men choose, they can keep their grooming costs low via the hotukdeals Gillette razors listings.