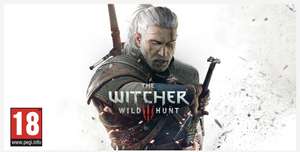 288°
Posted 8th AugPosted 8th Aug
The Witcher 3 Wild Hunt GOTY Edition PC £7 @ GOG£7GOG.com Deals
. Info added by pirate1 The Witcher 3: Wild Hunt Game of the Year edition brings together the base game and all the additional content released to date. Includes the Hearts of Stone an… 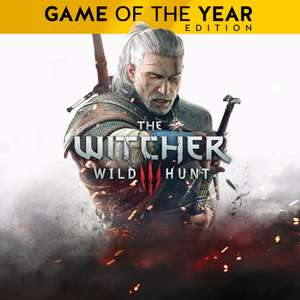 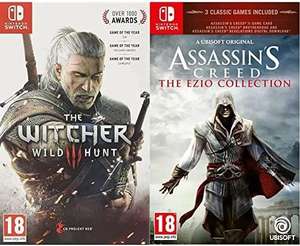 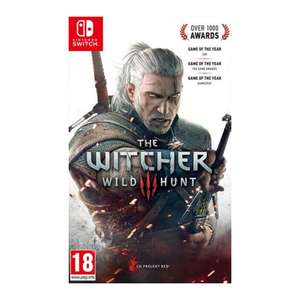 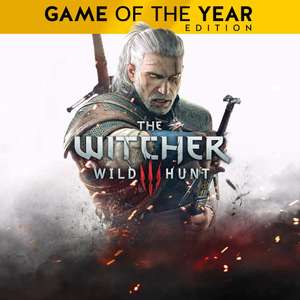 427° Expired
Posted 14th JulPosted 14th Jul
[PC] The Witcher 3: Wild Hunt – Game of the Year Edition - PEGI 18 - £6.99 @ Epic Games Store£6.99Epic Games Deals
The most awarded game of 2015! Become a monster slayer for hire and embark on an epic journey to track down the child of prophecy, a living weapon capable of untold destruction. Game of t…

The Witcher 3: Wild Hunt continues the story of the central character Geralt of Rivia as he journeys through the Northern Kingdoms. Based on the fantasy novels of Polish author Andrzej Sapkowski, the game is played in third person perspective as players journey through a dynamic, open world, while battling monsters and completing quests. This award winning game has been estimated to provide 100 hours of gameplay. 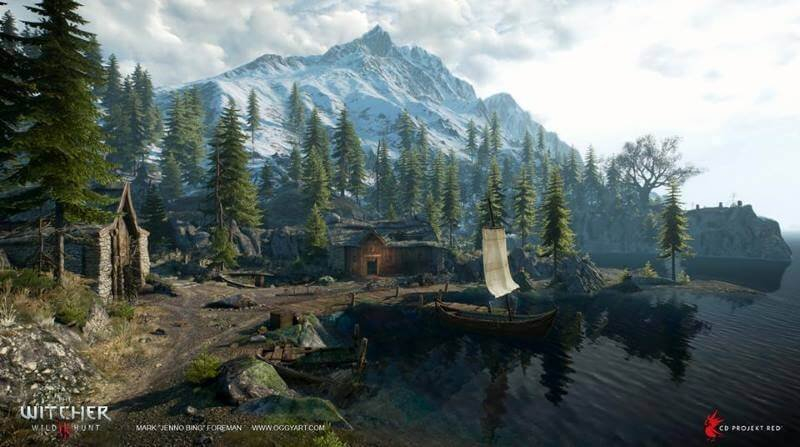 A brief history of the game 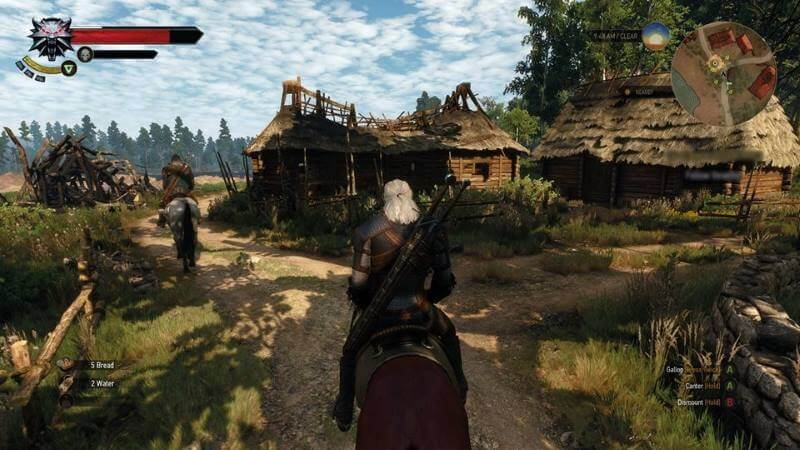 Players interested in buying The Witcher 3 may benefit from playing all three games in sequence. The main storyline starts at the beginning of The Witcher and continues to run through all three games, so it can be helpful to start at the beginning of the trilogy to understand the story and game mechanics. However, The Witcher 3: Wild Hunt is designed to be picked up easily without having played the previous two instalments. If you just want to experience the combat mechanics, you can easily learn the basics by playing the third game alone, but if you want to immerse yourself in the story and lore, you may want to consider getting all three.

Additionally, there is a Collector´s Edition of the Witcher 3: Wild Hunt available which includes, among other things, a steelbook case for the game, a hardcover artbook, a statue, a medallion and a map of the Northern Kingdoms

The Witcher 3 has been developed for Windows PCs, PlayStation 4 and Xbox One, offering players a range of gaming options. The platform you choose may simply depend on which console you already own or your preferred gaming platform. If you enjoy playing RPG games on the PC, the quality of the gameplay won’t suffer, as current specifications rival the gaming power of consoles like the PlayStation 4 and the Xbox One. 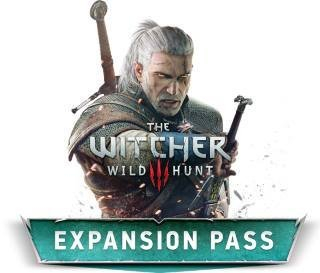 CD Projekt Red has already released 16 downloadable pieces of free content, plus two huge expansions to the game. Hearts of Stone and Blood and Wine introduce new adventures and new areas to explore with 30 hours of additional gameplay. These expansions can be accessed as a bundle by buying The Witcher 3: Wild Hunt Expansion Pass.

In The Witcher 3, the story focuses on the central character Geralt of Rivia, who must search for his lover, the sorceress Yennefer of Vengerberg. This main story guides players around a dynamic world that is so large that an in game map is used to help players navigate the locations. The Witcher 3 incorporates the typical mechanics of an action adventure role playing game, in which players can move around the environment on foot, on horseback and by boat, engage in combat using weapons and magic, interact with characters and complete quests.

As you explore the vast world of The Witcher 3 as Geralt, you must travel through a variety of epic locations, such as Novigrad, No Man's Land and the Skellige Islands. Along the way you encounter a host of enemies that must be defeated using a complex system of offensive and defensive manoeuvers. Combat takes place in real time, giving you the opportunity to practise and improve your fighting skills using attack combos. It is also possible to fight on horseback, which comes with its own advantages and disadvantages. From the start of the game, you follow the story's main quests, which guides you through the landscape. You can also engage in side quests and monster hunting quests, which involve tracking and hunting down monsters for rewards. Completing quests and defeating monsters rewards players with XP or experience points, which in turn upgrades the player to a higher level. This means that over time you are better equipped to battle against more powerful monsters.

The Witcher 3 gives players the option to equip Geralt with upgraded weapons and armour. These can vary in effectiveness and durability according to the level you are playing at. Weapons can be crafted by visiting an armoursmith or blacksmith. To craft items, you need to find the right raw materials, which can be bought, looted or found around the game world. The game also features a durability mechanic, which means that armour becomes damaged the longer you use it and must be repaired.

The Witcher 3 offers some improved functionality and performance to its predecessors. Firstly, it is much larger in size than previous Witcher games, giving players plenty of locations to explore. Combat and movement have also been greatly improved, offering a more complex way to interact with the world, including jumping over objects, swimming and sensing nearby people and objects. This game world also stands apart from other RPG worlds by continually changing as you play. The world and the story change according to what choices the player makes during gameplay, providing a more realistic experience of cause and effect. 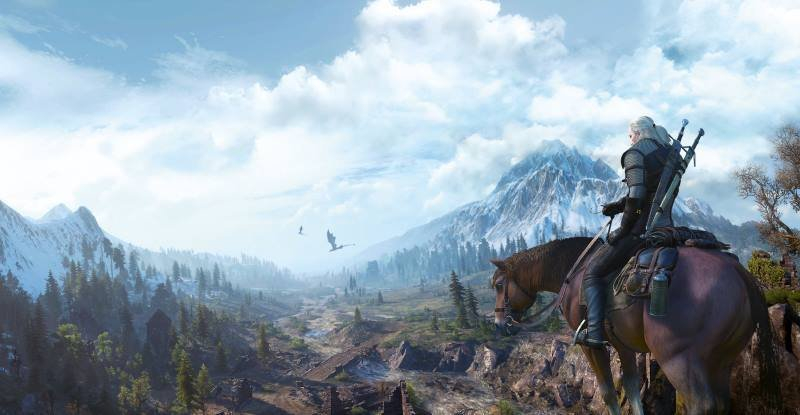 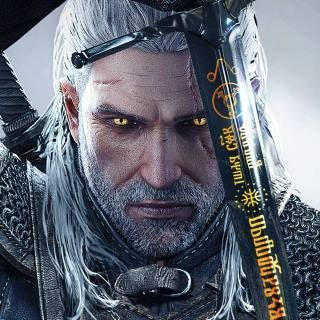 If you prefer to play your fantasy role playing games on a console, you will find that The Witcher 3 performs just as well on Xbox One and PlayStation 4. The Witcher 3 is available on both gaming consoles and PC, yet each platform has its strengths and weaknesses. For new players the choice may simply come down to familiarity with a particular platform.

The Witcher 3: Wild Hunt has received universal acclaim by critics across all available platforms. Metacritic gave the game a 93 metascore for the PC version, a 92 metascore for the PlayStation 4 and a 93 metascore for Xbox One. The additional expansions to this game also received a similar high score. Gamespot has given the game a score of 10, marking it as “essential” with a metacritic score of 93. In a detailed Gamespot review, it was described as “one of the best role-playing games ever crafted, a titan among giants and the standard-setter for all such games going forward”. 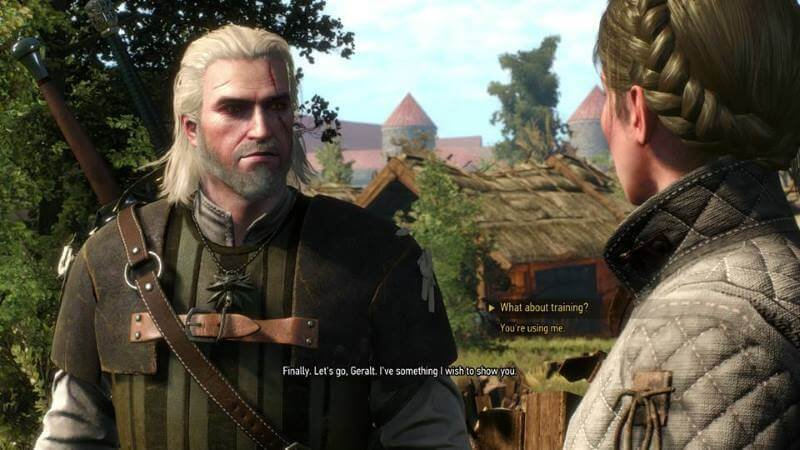 The Witcher 3: Wild Hunt impresses by immersing players within its enormous epic world. Every detail is beautifully rendered, giving an incredible realism to the scenery and characters. This is intertwined with a compelling and detailed story throughout the gameplay. There are plenty of missions to keep players busy, but also the opportunity to simply explore the vast wilderness on horseback at your leisure. Those looking for immediate action will find that the game is jam packed with slaying missions and quests right from the starter area. The game cleverly takes you by the hand and leads you into the world and its mechanics, making it easy for anyone to pick up and enjoy. The storyline and action are seamlessly intertwined, produced a pleasing balance of combat and narration. This game uses the functionality of a classic RPG, but introduces clever systems to create a more challenging experience, such as adding a fear gauge to combat on horseback. The incredible detail of the world and everything in it combined with the experience of changing the world by the choices you make results in a truly engrossing experience. There is little to criticise about this game, perhaps for a few bugs that players might encounter during gameplay and the odd occasion when players can experience long loading times or a drop in frame rate.

The Witcher 3: Wild Hunt is widely available to purchase from big online sellers like Amazon, GAME and Argos. You can also find it at supermarkets, such as Tesco and at other online retailers such as Zavvi and Gameseek. It’s always worth comparing prices with a variety of these retailers before you decide to make your purchase. 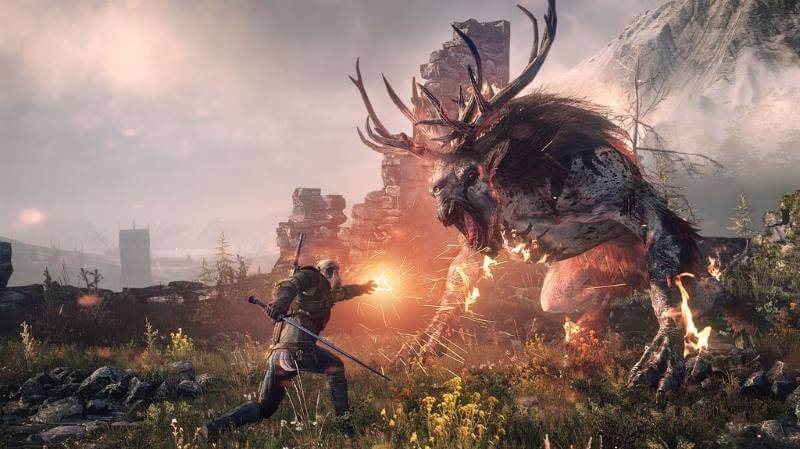 Best time to buy The Witcher 3

Prices can fluctuate wildly throughout the year, so it is useful to keep track of prices to get the best price online. Prices for The Witcher 3 can be particularly low October and November, especially around Black Friday, which is the day after Thanksgiving, near the end of November. Prices can then rise dramatically in mid-December during the period leading up to Christmas. You will also find that prices can drop significantly in January and February, making this an ideal time to purchase The Witcher 3.

For more information about The Witcher 3: Wild Hunt, visit the official game website.

If you are considering buying The Witcher 3: Wild Hunt, you’ll find all the latest deals and more at HotUKDeals, we’ll keep you up to date with the best offers available throughout the year.