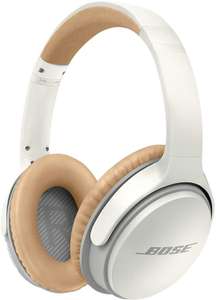 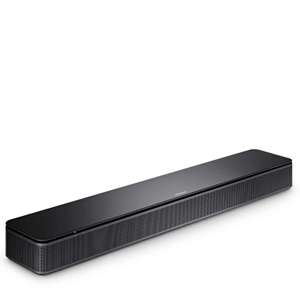 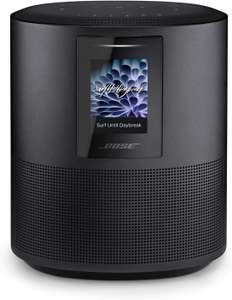 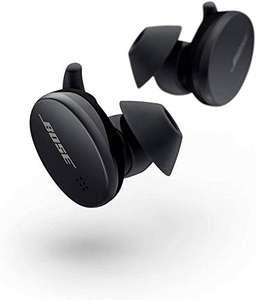 146° Expired
Posted 30th MayPosted 30th May
Bose Sport Earbuds - Black £112.99 @ Amazon£112.99Amazon Deals
You may or may not like them, but its a very good price if someone wants these headphones in particular. Wireless Bluetooth earbuds engineered by Bose for your best workout yet. Bose li…

Bose: Audio Equipment at It's Best

Bose began as a niche part of the audio market, with a distinctive approach to audio products and a dedicated, but small, following for its products, mainly available by mail order. Today, the company has taken advantage of the explosion in audio devices and its market share has grown accordingly. The pricing of all Bose headphones, speakers and soundbars remains at a premium level, in keeping with the perceived quality of its products.

What is now the Bose Corporation began as the vision of just one man who gave his name to the company. Amar Bose had studied at the renowned Massachusetts Institute of Technology in the 1950s and his research led him to believe that the audio products then available were, each and every one, inferior to what he believed was possible.

Amar Bose developed a complicated technical theory. In the simplest terms, he believed that most audio systems failed to take into account where they were being listened to – whether in a public place, at home or in a car. So convinced was he of his theories that he founded the Bose Corporation in 1964 to commercialise his ideas and make products that would provide a more natural sound.

As with many pioneers, this wasn't an easy path to choose. Amar Bose used terms such as "Psychoacoustics" so explain how the human ear processes sound and attempted to make products that would best reproduce music so that it would seem real.

His first experiments were with multiple sided speakers which while effective, were both expensive and occasionally troublesome. Slowly however, Bose products – most notably his "Wave" range of radios (and later CD players) – gained attention, sold mostly direct to the public through advertisements in newspapers and magazines. One selling point was that all were, initially at least, proudly made in the USA. The company adopted its first – and only – slogan: "Better Sound Through Research" which still appears on the packaging of every Bose product sold today.

As the company became more successful Amar Bose retired, donating all of his stock in Bose to MIT, where he'd studied, with the proviso that the shares could not be sold.

With the digital revolution in audio streamed and played from phones and tablets, Bose has found an entirely new market. What was once a niche product has become a highly desirable premium range. Today, Bose is a worldwide player, even to the extent of being a sponsor of the World Championship winning Mercedes AMG Formula One Team.

The Bose Range of Products

The Bose of today markets products largely made in China, but made to its own exacting specifications. We've taken a look at some of its most popular and pioneering products that are sold on their website at www.bose.co.uk:

The Wave products are those that gave the fledgling Bose Corporation its first real success. These were available at first only by direct order through advertisements placed in magazines. These small table top stereo systems were designed to fill living rooms with sound. Today the range may seem to many to be a little outmoded, but demand remains. Available Wave Systems include:

Noise cancelling was a first from Bose and is incorporated – at a price – in some of the headphones it markets today. A wide variety of Bose headphones is available, both with and without this technology. These can be broken down into two broad categories:

Earphones – Designed for convenient on-the-go use with smartphones or tablets. These include the company's QC (Quiet Comfort) 20 earphones, which incorporate the company's patented noise-cancelling technology, which can be switched on or off. Each Bose product with this noise-cancelling ability is equipped with its own microphone to measure ambient sound, wherever the user is. The headphones then mimic that sound in reverse to cancel it out. It is this market-leading technology that, Bose maintains, sets all its noise-cancelling headphones apart.

All Bose headphones are available in distinct versions to suit both Apple and Android equipped devices and buyers should ensure they have the correct version to suit their device.

Bose has in recent years vastly expanded its audio speaker range to provide options for those who prefer to stream their music, whether in the home or on the go, and for those who wish to enhance audio from a TV screen. Its main speaker products now available are now divided into two sub-categories, with their own distinct names:

Soundlink: Bose Quality on the Go

The Soundlink range comprises portable, wireless speakers with Bluetooth technology and rechargeable batteries. The speakers also incorporate microphones so that users can take calls while listening to music.

The company says that the relatively high prices of these speakers relative to their competitors is explained by the incorporation of Bose sound technology which produces a much wider bass response than competing, cheaper speakers. Among the Soundlink models available are:

Soundtouch: Quality Digital Sound in Every Room in the Home

Bose Soundtouch speakers are designed for use in the home and the speakers are bigger and more expensive than those in the company's Soundlink range. All speakers in the Soundtouch range require a power outlet since none can operate on batteries.

All are equipped with both Wi-Fi and Bluetooth connections to allow audio streaming throughout the home, if multiple Soundtouch products are used. Pre-set buttons allow users to select an internet radio station or a favourite streaming service instantly, once connected to a Wi-Fi network. The Soundtouch range includes:

Bose soundbars, like so many of the company's products, take a very individual approach. The three main products designed to enhance TV sound are:

Where Can I Buy Bose Products?

Bose products are available online direct from the manufacturer using the comprehensive Bose website (https://www.bose.co.uk/en_gb/index.html). The company also has its own physical stores located around the country which can be found using a convenient Store Finder. This list includes seven factory outlets where lower prices can sometimes be found on selected products.

Among the retailers which sell Bose products are John Lewis department stores and the company's website, Argos and Amazon. For those in search of special deals, the Bose website is worth visiting on Black Friday and Cyber Monday, when substantial discounts are often offered. John Lewis, Argos and Amazon frequently feature Bose products in their January sales promotions.

Advantages and Disadvantages of Bose Products

Audio and Sound at the Best Price

Boses high quality products often don't come cheap, so it's essential to keep an eye on the latest offers and Bose sales in the whole UK to save your hard-earned cash. Online marketeers are promising the highest saving potential, so it's worthful to take a look at the deals of retailers like Amazon, John Lewis, Currys or Home AV Direct.

Apart from that the time to shop consumer electronics should be choose wisely. Especially around the end of the year – Black Friday and Cyber Monday plus Christmas – and the beginning of the new one with the January Sales, you can find cheap prices on this product range.

HotUKDeals has a dedicated page which will always keep you up to date on all the latest deals on Bose products.