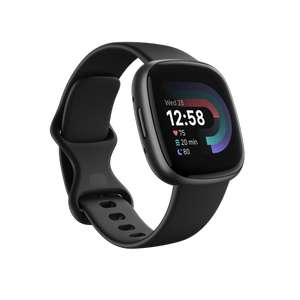 -39° Expired
Posted 27th SepPosted 27th Sep
Fitbit Sense 2 £219.99 delivered @ Fitbit UK (Claim £50 cashback from Fitbit)£269.99 Free P&P FreeFitbit UK Deals
Currently the cheapest I can find online. Given that it's new I can't imagine anything popping up in Prime Day either with free shipping. This is a pre-order. Purchases ship 29th September … 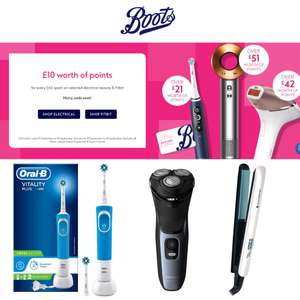 85° Expired
Posted 15th SepPosted 15th Sep
£10 of Points for every £60 spend on Electrical Beauty & FitBit (Online Only) + Free Delivery - @ Boots Free P&P FreeBoots Deals
Promotion on the Boots website for Advantage Card Members: you get £10 worth of Advantage Card Points for every £60 you spend on Electrical Beauty & FitBit. It can get use together wit… 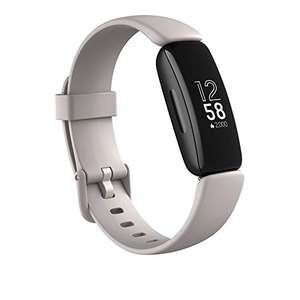 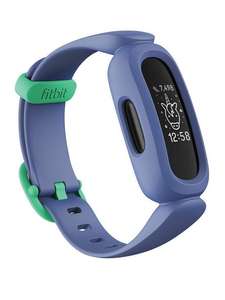 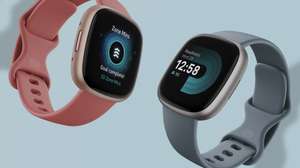 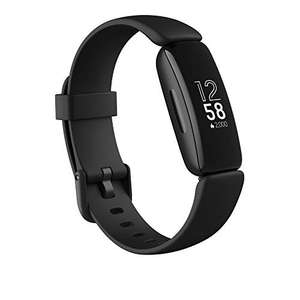 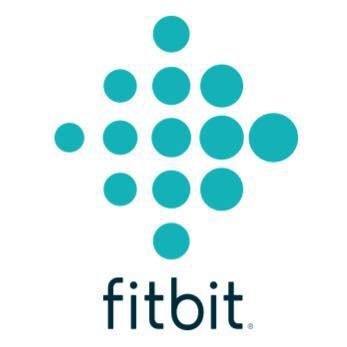 Fitbit was founded in San Francisco in 2007, with the aim of using cutting-edge digital technology to help ordinary people get fit and lose weight. Initially, they entered the market with the Fitbit Tracker. This simple device was designed to clip-onto the wearer’s clothes, and could measure metrics like steps taken and distance travelled.

In 2011, they followed up the Tracker with the Fitbit Ultra, adding new features like an altimeter and digital stopwatch. After that came the Fitbit One in 2012, which was the first Fitbit to use Bluetooth technology and wireless syncing to Android and iOS devices, while it also introduced advanced sleep tracking as well. The Fitbit Zip came next in late 2012 and was an ultra-lightweight version of the Fitbit One. In 2013, the company announced another innovation with their first wristwatch-style device, the Fitbit Flex, which specialises in monitoring distance travelled and allows the wearer to set precise daily walking goals. The Fitbit Force was introduced in late 2013, and then the Fitbit Charge in 2014. Now, Fitbits can function as an add-on to smartphones, displaying caller IDs on incoming calls.

2014 came the Fitbit Surge, the company’s first true smartwatch, while the most recent version is 2016’s Fitbit Blaze, with a wide range of smartphone features and GPS tracking.

What Can Fitbit Wearables be Used For?

Initially, Fitbits were solely focused on monitoring how far the wearer had travelled (and weren’t always particularly accurate in doing so). However, the most recent versions have much more to offer. For example, the Fitbit Blaze can monitor your heart rate, making it a useful health tool as much as a fitness tracker. It can give you GPS read outs of your location and route travelled, give figures for calories burned and provide exercise alerts or sleep alarms too. Different Products on Offer from Fitbit The capabilities of different Fitbit products differ, so do beware. If you need a tracker for swimming, not all of them offer the same level of waterproofing. If you need accurate GPS, not all have the same abilities. Here’s what some of their major products can (and can’t) do:

Which Fitbit Fits You? 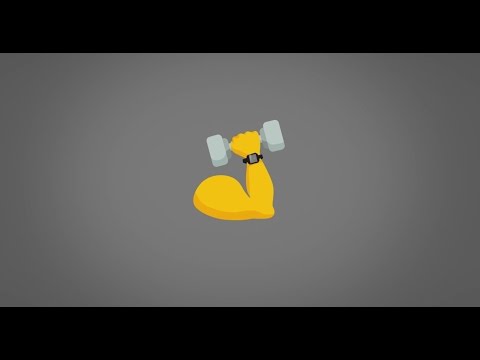 The core of Fitbit’s products isn’t actually their range of wearables as such. It’s the app that powers them and provides all of the data that fitness fans desire. The app is one of the best around for fitness tracking, one of the key reasons for Fitbit’s popularity. It provides clear graphs and tables showing how you are progressing to weekly or monthly goals, allows multiple Fitbits to be synched up and can even be used without a physical tracker to record basic fitness metrics. It also hooks up to social media channels, allowing exercisers to trumpet their achievements and encourage their friends. The Fitbit app works for all major smartphone models. All you need to do is head to the app store, search for Fitbit and download the app. After that, you'll have to sign up with Fitbit's online service, add a few pieces of information like your height and gender and agree to the Fitbit privacy policy. Finally, you'll need to pair up your phone and your Fitbit, which is all done via the app. The whole process takes around 10 minutes and after that, you're ready to start working out.

How to Setup a Fitbit Tracker on a Mobile Device? 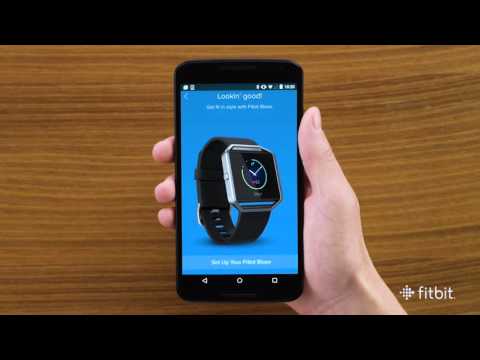 What to Think About Before Buying a Fitbit

To some people, style is all important, and Fitbit realise this. But not everyone will warm to the physical appearance of the Blaze, Surge or Flex. If you need to make a style statement while you exercise, you might want to go for a different brand of tracker. However, slender models like the Flex 2 look good and can be easily concealed, while clip-ons like the Zip can be tucked away out of sight.

Another thing to think about is what type of Fitbit will suit you best. If your main form of exercise is cycling, you’ll probably want to go for a Blaze, with its excellent heart monitor and GPS synching. Runners might not need something as powerful though. If all you need to do is monitor distance, a more stripped-down Fitbit like the Alta or the Flex 2 will do just fine. The Flex 2 is also ideal for swimmers. In fact, it’s probably the only Fitbit worth checking out, thanks to its waterproof design.

More fundamentally, it makes sense to reconsider whether you actually need a fitness tracker at all, and there may not be much sense in investing in a high-tech fitness device. Fitness trackers probably have most practical appeal to people who are new to regular exercise. If you feel like you’ll be needing prompting by alerts or the motivational boost of seeing your performances getting steadily better, a Fitbit can be a valuable ally.

Serious runners, cyclists or swimmers can benefit too, but they will need to choose their Fitbit wisely. For example, the Charge HR has detailed BPM and heart rate functions, which might appeal to older athletes or elite runners. However, for many people, fitness tracking is an optional extra, not a necessity. If you love the idea of embracing new technology, need some extra motivation or want accurate health read-outs as you run, they are great tools, but they aren’t for everyone.

If all you need is a very basic tracker to record your steps or distance travelled, you could simply download the Fitbit app, which turns your smartphone into a rudimentary tracker without having to spend any money on a physical tracker.

Pros and Cons of Fitbit

How do Fitbit products measure up against the competition? Fitbit certainly isn’t the only fitness tracker in town. Big names like Garmin, TomTom and Jawbone all have their own products on the market, and there are lesser known brands like Moov, Misfit and Xiaomi to consider as well.

If you intend to follow detailed exercise plans, Fitbits might not be the best option. Instead of wrestling with the Fitbit app, Moov offers a simpler way to download and implement fitness programs, so their Moov Now wristwatch wearable is a better way to go.

People who are obsessed with sleep tracking could probably do better than Fitbits as well. In this case, the best device is the Jawbone UP3, which trumps Fitbit’s wearables with its galvanic skin response monitor, temperature sensor and even REM monitor.

There are also ultra-low cost models that provide as much functionality of the most basic Fitbits. For example, the Xiaomi Mi Band Pulse is colourful and provides accurate heart rate and distance monitoring functions at a bargain basement price.

Fitbits aren’t necessarily the best devices for people who need to lose weight either. No Fitbits have detailed body fat monitoring tools, leaving you in the dark about how your workouts are performing. That’s not the case with the TomTom Touch, which can provide instant BMI read-outs.

Then there’s the style issue. Not everyone falls in love with the aesthetics of Fitbit’s range. When how your tracker looks is the main consideration, it might be a good idea to look at trackers that imitate classic wrist watches like the Mondaine Helvetica Smart. They tend not to be cheap, but really elegant fitness trackers are worth it if looking good is paramount.

Having said all of these things about other brands, there’s a reason for Fitbit’s popularity in the fitness tracking sector. Their products are easy to use, reliable and accurate. They also score very highly in terms of general capabilities. For instance, the Charge 2 blends sleep tracking, distance monitoring, heart rate monitoring and breathing exercises. If you need an all-round fitness device, Fitbit’s products are still head and shoulders above the rest.

Fitbit has also tried to address the question of style through collaborations with leading fashion designers. So if you need to blend style and exercise, there may be something there for you.

Whether you are trying to shift weight or train for a marathon, Fitbit products could make all the difference, but what is the best way to get hold of the right device for you?

One way to purchase a Fitbit tracker is to visit the Fitbit website at www.fitbit.com, where you’ll find information about all of the company’s devices and any current deals. All you need to do is click on individual products and press “Add to cart”. You can then checkout as normal.

Alternatively, you could buy your tracker from some of the UK’s biggest high street retailers, often at much lower prices than from the Fitbit website. Stores like Currys, Sainsbury’s, Tesco, Argos and CostCo all sell Fitbit devices and run promotions, as do online sellers like Amazon and Very.

With such a wide range of merchants, you can be confident of finding a good deal on most of Fitbit’s devices, so don’t forget to shop around. It also makes sense to shop at certain times of year. Black Friday and Cyber Monday in November always see big reductions on Fitbit products, as do the January Sales. Many people also suggest that autumn is a good time to look for discounts, as it’s often the occasion for new product roll-outs. Anytime from September onwards is a good time to remain eagle-eyed for savings.

Fitbit devices can be a fantastic tool for fitness lovers across a wide range of activities. However, you choose to buy your Fitbit and whichever model you choose, be sure to bookmark the Fitbit HotUKDeals listings, where all the latest Fitbit discounts are posted as soon as they are announced.