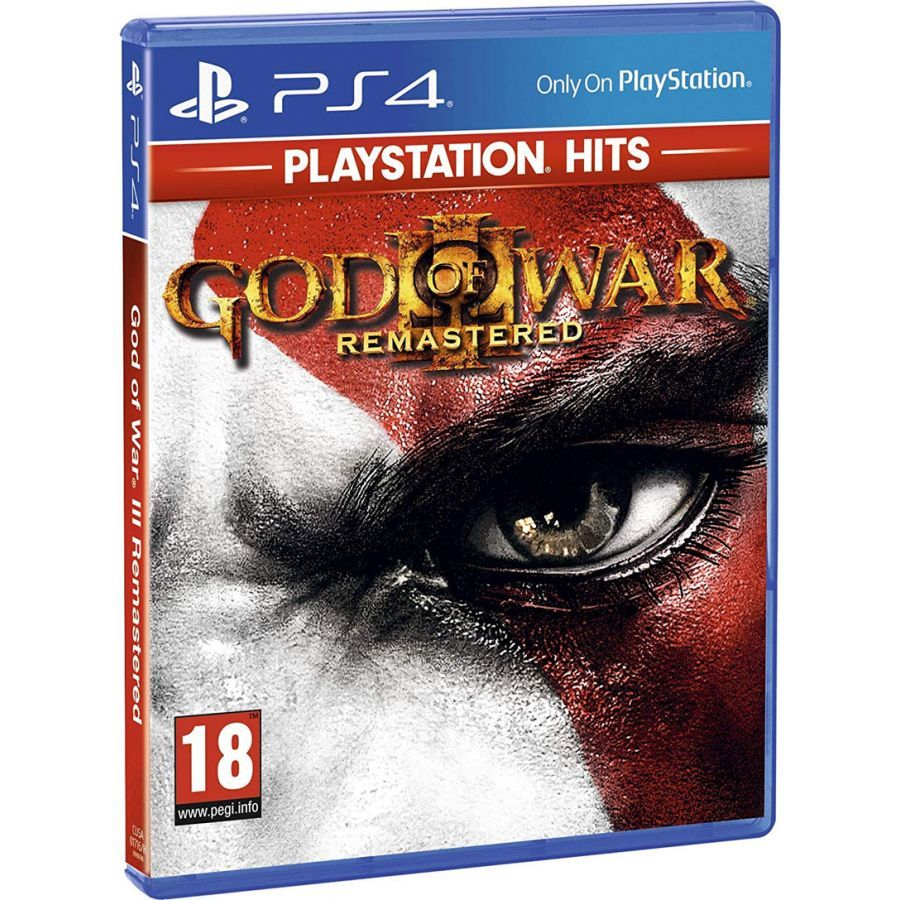 The ones before the recent one were more hack and slash and linear, and the boss battles in this one in particular were great. 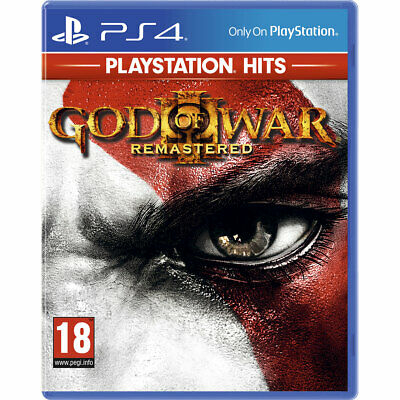 Seems to be back in stock again, just picked one up myself to finish the original trilogy (y) 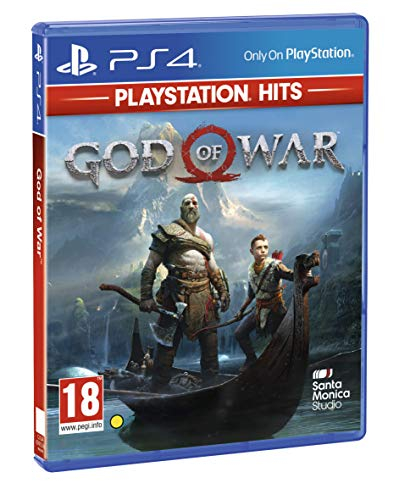 Incredible game. One of the very best on PS4.

As stated a totally different game, this has very deliberate and very rewarding combat in a very loosely open area but with a fairly linear story. You can go off and discover things but you could platinum this before you'd seen half of Skyrim. In terms of quality though this trumps Skyrim in my opinion. The story is powerful and at times emotional, Kratos plays an incredible figure! 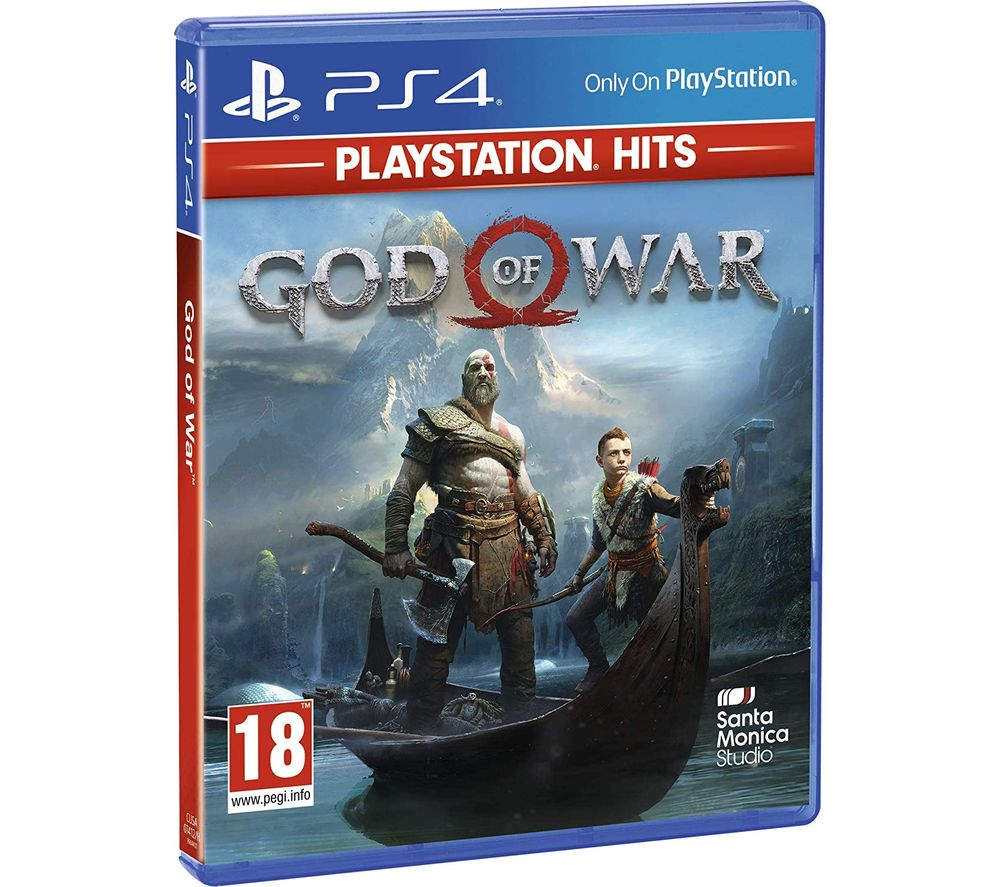 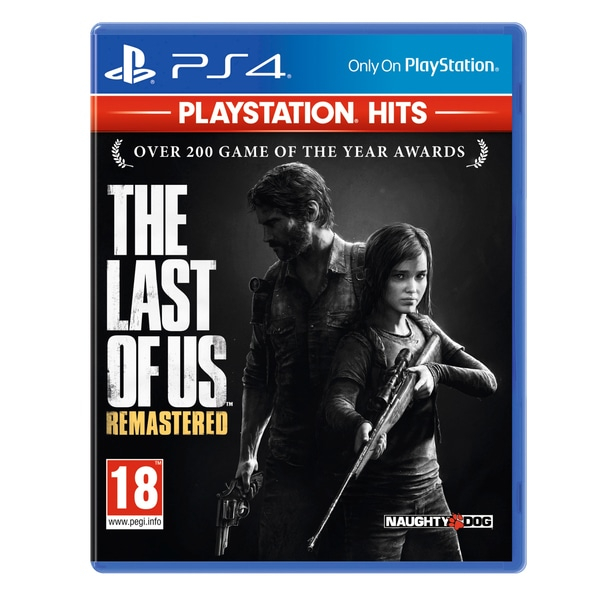 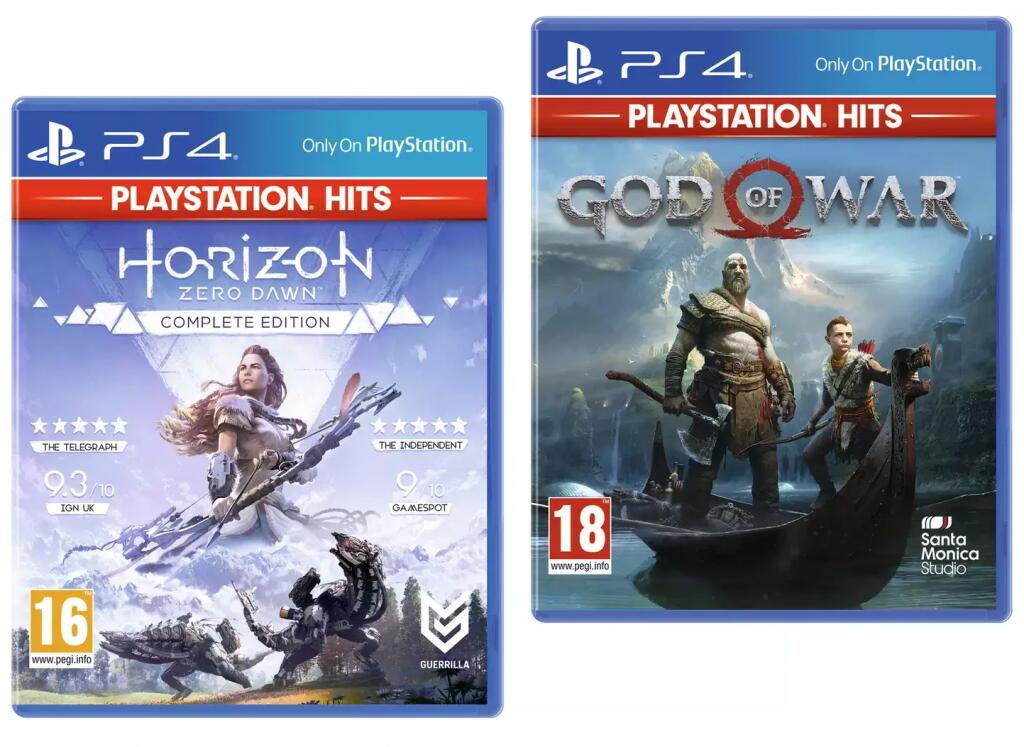 Do you need to play the other God of War games to fully appreciate it?

Cheers (y) had no idea

Just go to the PS Store from either the app or your console. There's a whole bunch of games on there right now which are free to download, play and keep as part of Sony's Play at Home promotion. Horizon will be given away for free starting on the 19th of April.

Oh, how does that work then? I didn't know there was free stuff without a sub of some sort

God of War (2018) is the eighth instalment in the God of War series. As ever, it sees players taking control of Kratos, the ancient Greek god of war. But this time around, Kratos is contending with monsters and gods from the world of Norse mythology. And he does so in a massive world, packed with challenges and enemies.

Offering an exciting and imaginative blend of RPG and full-on action, God of War had a release date of April 2018 for the PS4, and has attracted rave reviews. Whether you're a fan of the series or a complete newcomer, it should provide days of thrilling action. So let's find out more about what the game has in store. 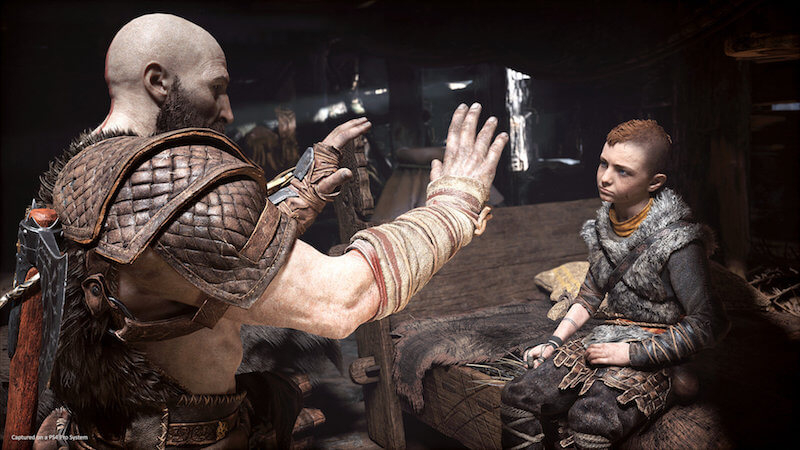 First of, it helps to know a little history, and not just because the God of War games are like a lesson in the intricacies of Greek and Norse mythology. The series itself has attained cult status since debuting in 2005, and has seen plenty of twists and turns along the way. Here's a quick run down of how each title took the series forward:

The God of War 2018 version builds on God of War III, but much has changed since the end of that episode. Seeking to spice up the action and add some new weapons, characters and narrative elements, Santa Monica Studios chose to wind the clock forwards a thousand years or so to Valhalla - the home of the Viking gods.

Kratos is still there, and he's been joined by a son named Atreus. But Zeus and Athena have long gone, as has Kratos' wife Faye. However, the action revolves around her last wish - the desire for her ashes to be scattered across the peaks of the "nine realms". Kratos feels bound to carry out her wishes, and sets out with Atreus to complete the perilous journey. 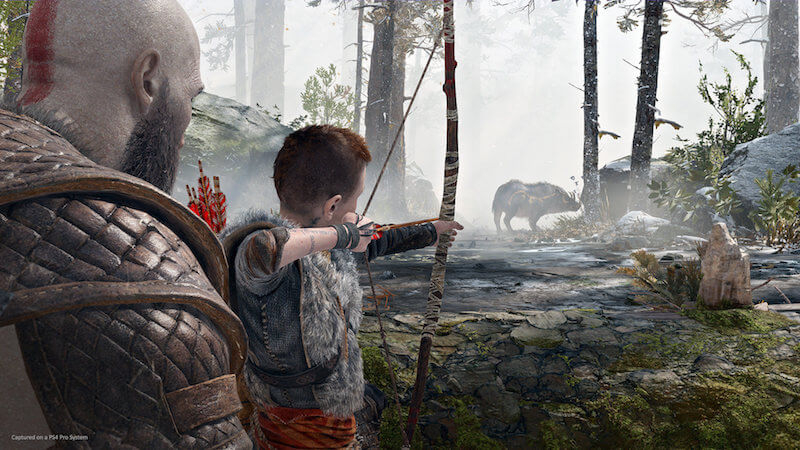 How Does the Gameplay Work in God of War?

The 2018 God of War game may feel slightly slower and deeper than previous episodes, and that's not an accident. The developers have tried to create a more "cinematic" feel for the action, with more emphasis on how Kratos and Atreus interact. And that relationship is absolutely critical. When the game starts, Kratos knows little about the realms of the Norse, and relies on Atreus (who was brought up there) to find his way.

The action itself is a third person hack and slash with strong RPG elements. Much of the game involves exploring various zones with the aid of Kratos' formidable magic axe (also known as the "Leviathan Axe"). It's a huge game, with six zones to traverse, and portals to travel instantly between them. So many players will simply enjoy exploring and discovering the various types of monster that Kratos can fight.

Kratos starts out fairly weak, but his weapon can be upgraded by acquiring and deciphering magical "runes", and you can choose between "light" and "heavy" attack powers, depending on the way you like to fight. In keeping with the Norse theme, there's a new "rage" feature, where Kratos builds up power over time until he gains the ability to launch devastating flurries of punches and kicks, and there's a crafting element too, letting players build up shields and armour as they progress.

And all the time, Atreus hovers in the background. You can enlist him to fire arrows from his "Talon Bow", stunning enemies and helping to soften them up, or just leave him to one side (although only Kratos can be directly controlled).

Finally, it's worth noting that the 2018 God of War title does not include a multiplayer mode, which may disappoint some fans. Instead, it focuses on delivering an immersive storyline. And in that regard, it's also important to know that Atreus knows very little about his father, especially his epic history in Greece. So bear that in mind as the narrative unfolds. It creates a fascinating dynamic between the two.

Kratos and Atreus are Fighting for a Greater Purpose

Quick Guide to the Characters in God of War

God of War revolves around characters and monsters. Here's a quick intro to the dramatis personae:

Much of the action involves the ongoing battle between Kratos and Baldur as they compete to unlock the portal of Jötunheim - where Atreus is destined to receive a major shock, and the seeds are sown for the next episode in the God of War series.

However, along the way, the heroes encounter a vast array of monsters. For example, you start off by battling "Draugr" - essentially reanimated skeleton zombies. There are tough Hel-Walkers which take plenty of punishment, aggressive trolls, packs of blood-thirsty wolves, stubborn but tricky ogres, magical elves and - inevitably - a flock of dragons, It all adds up to an intense gameplay experience for fantasy fans.

Has God of War Been a Hit with the Critics?

God of War (2018) has been a major success. IGN gave it a maximum of 10 stars, with their review complementing the score, the engaging puzzles and the skillful characterisation, which comes together in a satisfying storyline. Gamespot were almost as keen, giving the game 9 out of 10 and highlighting the development of Kratos from a killing machine to a "sensitive father figure".

Overall, a look at the Metacritic ratings confirms this, with an average of over 90 from more than 100 critics and a similarly impressive rating from ordinary users. It's quite a game.

So, we know that God of War is an exceptional game, but what are your options if you want to give it a try? First up, it's important to reiterate that the game is only available for PS4 owners, so Xbox and Windows players will either have to purchase a new system or swallow their disappointment. But if you do have a PS4, you're in business.

At the time of writing, the Standard Edition of God of War was not available for UK gamers from the PlayStation Store, but was available in the US. For a slightly lower price than the Digital Deluxe version (but not much lower), it provides the full game only, without the artwork or extras, and may be made available for UK purchasers, so check back with hotukdeals

Is There Any Downloadable Content for God of War?

You might expect Sony to have big plans for God of War DLCs, as it's often a way for companies to earn a bit more cash from successful franchises. But that's not the case with God of War. The developers and Sony (the publisher) have decided that the initial story is complete and needs no extra elements, meaning that traditional DLC episodes wouldn't work well. So don't hold your breath. 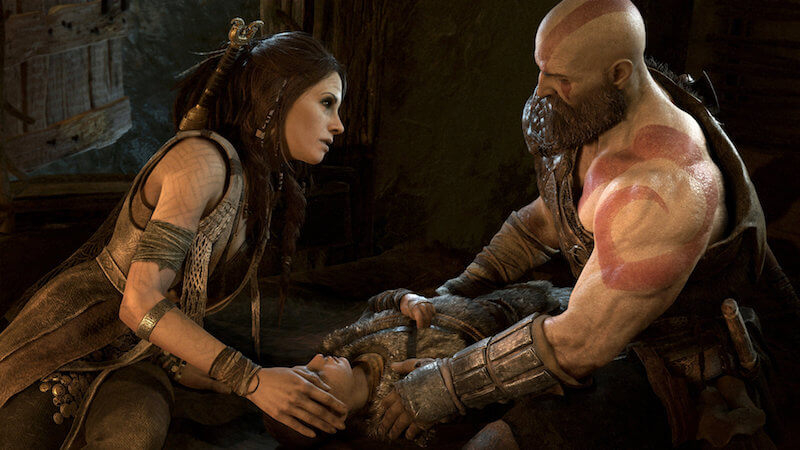 Can I Play Older Versions of God of War on the PS4?

God of War: Ascension was a huge hit and great fun for the PS3, but it hasn't received an update for the PS4, so if you want to sample it you'll have to own a PS3. There are some cheap download deals for the previous title, and you should be able to track them down via hotukdeals.

However, you can experience a God of War classic on the PS4. That's because God of War III was remastered and re-released as a digital download for the latest Sony system.

You might also want to give God of War: A Call From the Wilds a try. Released as a Facebook Messenger title in January 2018 (as part of the build up to God of War's release later in April), it's an immersive choose your own adventure game which features gorgeous GOW art and is a great idea from the Santa Monica Studio.

Can You Buy God of War Merchandise?

Really serious God of War fans might also want to hunt for GOW merchandise and accessories. Here are just a few potential buys based around the long-running PlayStation franchise: 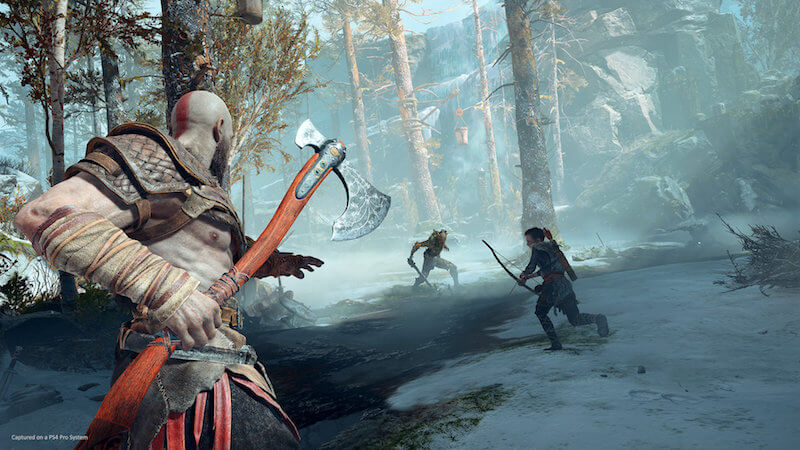 Tips on Buying God of War at the Best Price

Sony have added a brilliant new episode to the God of War saga with 2018's Norse epic, and at hotukdeals we want players to experience it as cheaply as possible. Thankfully, there are plenty of ways to snap up God of War for less than the listed price, and there's no reason for gamers to pay more than they need to.

First off, be sure to keep all of your options open. You might see a good deal for the standard edition or the Digital Deluxe Edition, only to notice an amazing deal for the Limited Edition on the same listings page. Don't leap for the first deal you see and be sure which edition you really need. You'll often find discounts from merchants like GAME, Amazon, Smyths, Base.com, Tesco Direct and Shopto.net, along with the PlayStation Network.

It might also be worthwhile searching the PS4 listings for a God of War bundle. If you're still a PS3 owner and feel like upgrading, or you're an Xbox owner and want to make the switch to Sony, you may find fantastic bundle deals including the console and one of the year's most acclaimed games.

Even better, the game is optimised to run beautifully on the PS4 Pro, and there are some stellar God of War PS4 Pro bundles available. So it might even be time for PS4 owners to make an upgrade.

And if you are willing to wait, make a date to search the God of War listings around Amazon Prime Day or Black Friday in November, as both are excellent opportunities to track down gaming bargains.

Battle the Gods with the Offers at hotukdeals

Follow the epic story of Kratos and his son Atreus as they battle their way through the first Norse adventure in the God of War series. Available for the PS4, 2018's addition to the God of War series could well be the finest of all, offering a feast of fighting and puzzles, as well as an immersive storyline. Track it down for the lowest possible price at the hotukdeals God of War listings.