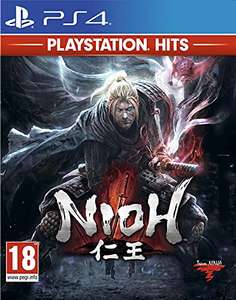 226°
Posted 9 h, 18 m agoPosted 9 h, 18 m ago
Nioh (PS4 - Import) £5.92 @ Amazon£5.92Amazon Deals
In Nioh, players will traverse war-torn Japan as William, a blonde-haired swordsman whose background as a fierce warrior and seasoned knowledge of the blade allows him to survive in the demo…

Does it come with the DLCs?

Heat added, great deal. I will point out I’m pretty sure this was on ps plus once upon a time. So might be worth checking if you claimed it before anyone purchases

Ah fair enough. I added import and not French import because these listings are shambolic on Amazon and they can send you anything literally. Better to be safe than sorry. :D But as you pointed, based on the reviews, most likely it will be French packaging. 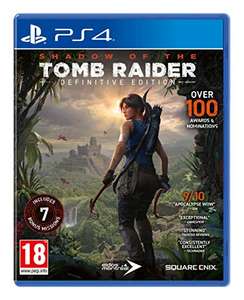 It's 7 new tombs, but a couple of them are enormous - probably another 5 hrs gameplay, potentially more if you want to do the time attack challenges. You get new kit at the end of each one as well

Can't wait for the next Tomb Raider that's being made with unreal engine 5 should be awesome. Heat as one of my favourites.

I have the base game, so is this dlc lengthy and worth it?

Agree. I played through this with the help of a friend who watched via shareplay. Was really good fun. Brilliant game overall. 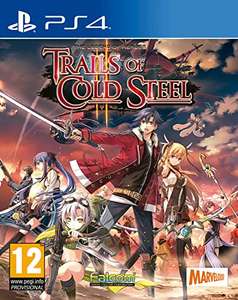 Able for next month now, still £9.99 though if you go to 'Other Sellers' section

Thanks for this, been meaning to buy this series so this is a great start :)

I still like the series but to anyone who hasn't played it, know that this is the War and Peace of JRPGs. The characters can't even sneeze without having a half hour conversation about it. The story moves at a glacial pace at times. In spite of that, it's still enjoyable and virtually every NPC has their own story arc which is impressive considereing how big the game is.

Excellent series! Third is a personal favourite, can’t wait for Hajimari in September 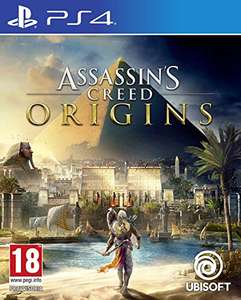 External will be fine.

Picked up the collectors edition from a local Cash Convertor for £1.99 a few months ago 😁 I was shocked that it actually scanned at that price even though they'd labelled it up at that. Been sat waiting for the inevitable PS5 patch. Does anyone know if the previous patches for the other games require the game to be on the PS5 SSD or can they be played on an external HDD? Just asking as I'm sure Days Gone patch worked fine on HDD and God of War but not sure about the likes of the Creed games.

Apparently it's next week, my copies waiting for it :D

Product details are for Italian packaging ASIN: B0721MMXN6Item model number: 300095034 game will play fine in English languagejust personal choice if you care about the packaging 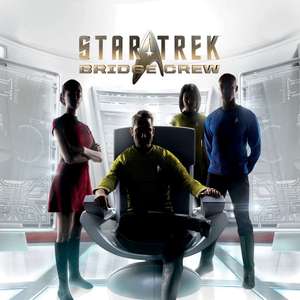 23 quid for the next generation DLC 🙈

I made a new video just to answer your question! (y) ;)

Is bridge crew good without vr? I'm major Trekkie but no decent trek games on consoles.

Hm, fair enough, not worth full price but maybe good for a Sunday afternoon, ty

Thank you, il have to give it a try 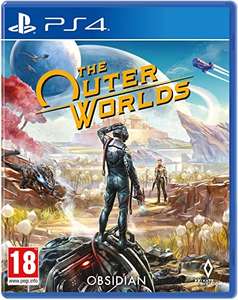 PS4 Games: Gaming at its Best

The PS4 is Sony’s most advanced gaming system, offering 4K HD visuals, impressive processing speed, in-depth multiplayer gaming and an unprecedented variety of control methods. Since its launch, the system has attracted hundreds of developers to create titles for gamers to choose from, resulting in a huge array of games. So how do you pick out classics from total failures? It’s not always easy, and with PS4 games costing quite a bit in most cases, buying a bad game can be an expensive mistake.

This hotukdeals buyer’s guide explains what type of games you’ll find on the PS4 and some of the system’s must-have titles. With our help, you can build a formidable PS4 collection without ruining your credit rating. 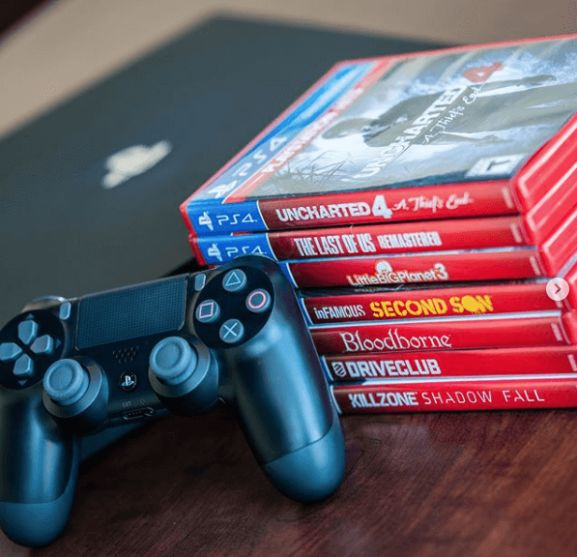 Fun Titles for the Popular Console

Sony’s PlayStation 4 debuted in February 2013 and since then, it hasn’t looked back. In the ensuing four years or so since the console was launched, some classic titles have come and gone, allowing new owners to build huge libraries of some of the most entertaining experiences in video gaming history.

All in all, there have been over 1,600 separate released for the PS4, including over 100 titles that are only available on the system (and not rivals like the Xbox One or PCs). It has to be admitted that not all of them have been world winners, but some are truly incredible games. This makes it tough to sift out the also-rans and focus on exceptional games, which is where this hotukdeals Buyer’s Guide comes in.

How Do Games on the PS4 Work?

PS4 games are contained on Blu-ray discs that can be purchased in-store or online, and many can also be downloaded from digital platforms like the PlayStation Store. Downloads aren’t dependent upon particular consoles. They are linked to your account, so you can play some titles wherever you find a PS4 console (as long as you can remember your login details).

However, most games require installation onto the PS4’s hard disk, so remember to manage your capacity to avoid overloading. After that, developers may schedule updates to iron out bugs and add extra features. You won’t need to pay extra for these additions – they are simply downloaded while the console is on standby.

PS3 owners may be disappointed to learn that their older games won’t work directly on a PS4. However, you can play many old favourites via the PlayStation Now service, and there are some downloadable PS2 games to enjoy as well, with more retro-releases scheduled for the future.

It’s also worth noting that PlayStation Plus can enhance your PS4 gaming experience. This subscription services provides access to extra features for popular games, sneak peeks, beta trials, store discounts and more. If you are a hardcore PS4 fan, it’s a must.

What Genres of Games Can You Buy for the PS4?

Since the first titles were released, the range of PS4 games has expanded dramatically. Here’s a quick introduction to some of the most popular genres and what to expect when you play them:

This selection of the genres available on the PS4 is not exhaustive. For example, there are some great 2D adventure games to grapple with, some fun educational titles, sandbox-style building games, fitness themed titles as well as games that combine with peripherals to test your musical skills. With so much processing power to use, PS4 developers have let their imaginations run riot, providing plenty of choice for the console’s owners.

Introducing Some of the PS4’s Hottest Titles

So we’ve had a look at the types of games you can buy for the PS4. But that doesn’t help much if you are looking for the very best games in particular genres. Here are some must-have PS4 titles that should be in everyone’s games collection:

As we noted at the outset, the PS4 has over 1,700 games. The 15 listed above are among the elite, but there’s no shortage of exceptional games that are begging to be explored.

So far, we’ve covered games that feature violence and horror as well as sports titles that are pitched to an older audience. But what if you are buying for younger gamers? Here are some PS4 suggestions:

Some of the Best Multiplayer Titles on the PS4

What about multiplayer gaming? Playing against strangers or friends is one of gaming’s greatest pleasures and the PS4 lets you do both.

We’ve already mentioned some of the absolute must-have multiplayer PS4 games such as Rocket League, but some haven’t been touched upon. For instance, the Destiny series is a great FPS with a cooperative mode. The sandbox video game Minecraft lets you build up together with other players a whole new world out of a variety of different blocks in 3D. In Far Cry, you can drive or fly around, fish and kill monstrous animals and enemies in a fantastic wilderness setting.

Then there are classic online multiplayer titles that let you battle the whole world (well, those with PS4s). Among the best are the historically-themed first-person shooter For Honor and the another shooter taking place right in the middle of hell, DOOM.

4 Tips on Playing PS4 Games as Cheap as Possible

There are a number of strategies for gamers who can’t or do not want to afford the face value price of PS4 titles.

Further Tips on Buying PS4 at the Best Price

The PS4 remains a state of the art console, even years after its release. But every month, gamers are confronted with a problem: how to keep their PS4 games collection fresh and filled with the best PS4 titles available?

Whenever you want to add to your PS4 games collection, the first place to look for cheap PS4 games in the UK is hotukdeals. Just type in the name of the game you’re after and you’ll find the latest offers from famous merchants like GAME, Amazon, Smyths, Tesco, Asda and Sainsbury's.

As noted above, timing your purchase to coincide with seasonal sales is also a great idea. Black Friday and Cyber Monday are standout times to make a purchase, but the January Sales are almost as good.

Whether you are into racing, RPGs or jumping around, there’s a PS4 title to satisfy everyone’s gaming tastes. However, PS4 games aren’t always cheap. If you need to stock your collection with must-have PS4 games, head to the hotukdeals PS4 games listings – the best place to find discounts from the UK’s largest gaming retailers.