All Petrol and Diesel Discounts, Offers and Sale - October 2022 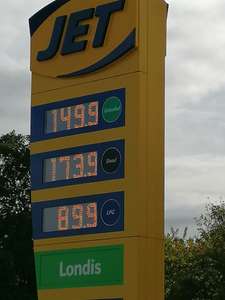 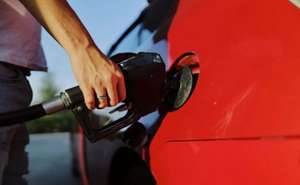 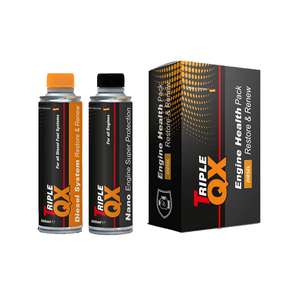 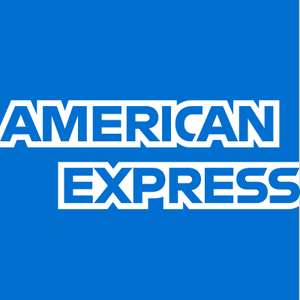 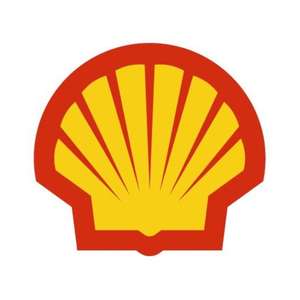 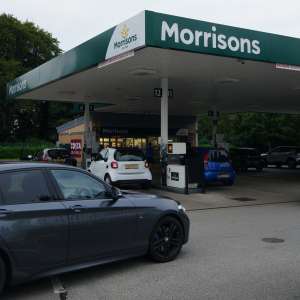 A Buyer's Guide to Petrol and Diesel

Whatever type of car or motorbike you drive, you are almost certainly going to have to find a way to keep your petrol and diesel bills low. But that's not always an easy thing to do – especially if you fail to take advantage of the many ways to cut your fuel-buying costs.

The average UK motorist will spend around £56,000 on fuel during their lifetime – well over £1,000 per year in many cases. So if you can shave even 10% off that bill, you'll free up some cash for spending on the things that matter.

This hotukdeals buyer's guide will explain how to spend less on diesel and petrol. We'll look at the differences between the two fuels, how to buy them, and – most importantly – the many ways there are to save. But before we get to that, let's try to understand how the UK came to be addicted to planet-destroying fossil fuels like petrol and diesel, and why we desperately need ways to find diesel and petrol deals. 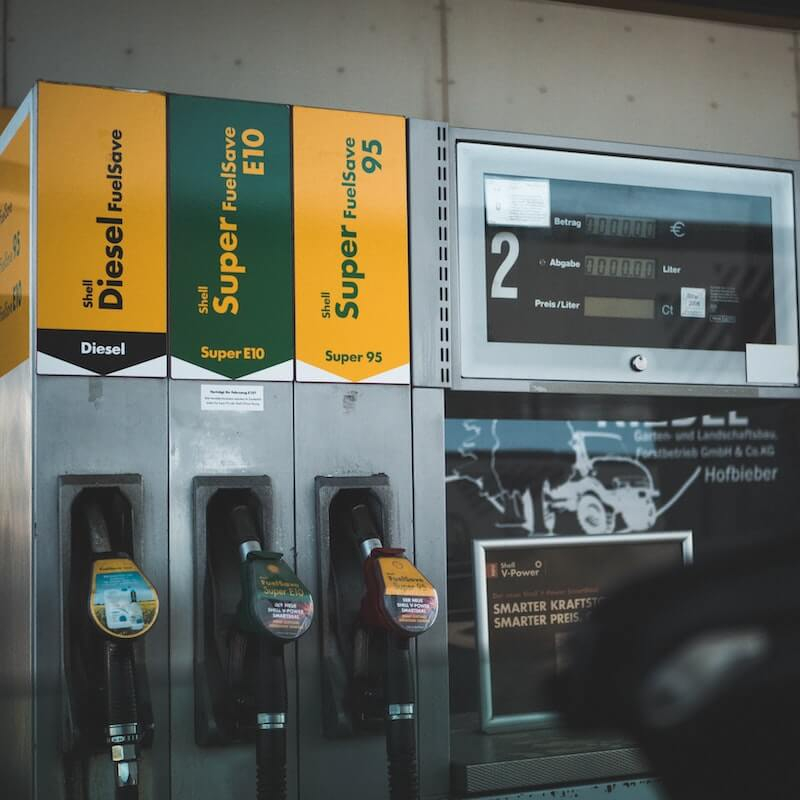 A History of the UK's Ever Growing Demand for Motor Fuel

Although buying fuel for our cars or bikes has become second nature to modern Britons, it's easy to forget how modern the practice is. Cars powered by internal combustion engines have only been publicly available since the 1890s, and mass adoption of the automobile had to wait until the 1920s. Until then, horses and walking (or if you were lucky, boats and trains) took up the slack.

However, as the 20th century dawned, the UK started to embrace a totally new way to get around, In 1913, the first roadside petrol pumps appeared, while the AA opened the country's first proper “petrol station” in the Berkshire village of Aldermaston, in 1920. This wasn't a typical petrol pump, though. Unable to source petroleum due to civil war in Russia, the AA's first filling station dispensed a coal-based liquid fuel called “benzole”. Actual petrol pumps came along a few years later when oil supplies in the Middle East entered the market.

By 1923, there were a massive 7,000 pumps lining British roads, mostly attached to family-run stations, which combined cafes and pumps. You can still see a few tucked away in rural England, such as Herefordshire's West End Garage.

By the end of the Second World War, and the easing out of petrol rationing, the industry started to expand again. This time, the market boomed even more, as motorways were built and affordable cars like the Morris Minor entered production. As a result, new ways of selling petrol appeared, such as the much-loved Green Shield Stamps scheme (which spanned almost every area of retail but appealed especially to motorists).

The 1960s saw further innovations, with self-service petrol pumps appearing in 1961, and multinationals like Esso, Shell, and BP beginning to dominate. But their pre-eminence didn't last. In the 1980s, supermarkets started to capitalise on their position and customer base, introducing their own petrol forecourts, and often undercutting major competitors.

Until around 2000, petrol consumption per head tended to grow, so all retailers shared in the benefits. But since then, things have changed, with petrol consumption per head decreasing significantly since 2002. However, despite diminished demand, price reductions haven't followed. In fact, prices of petrol and diesel have increased by around 85% since 2002 – making it essential to find ways to cut fuel costs. 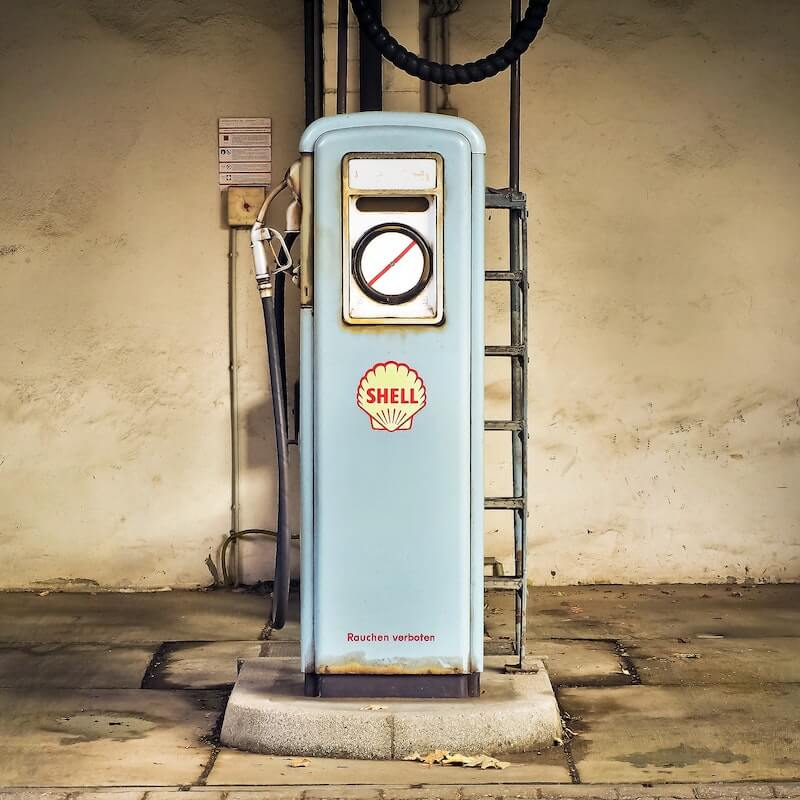 How Are Petrol and Diesel Made?

Before we discuss how to save, it might help to run through some basics to set the scene. So what are petroleum and diesel anyway?

As you're probably aware, both products are created via fractional distillation of crude oil (or refining to use the more common term). This results in a vast array of different chemical compounds, some of which contain very high amounts of stored energy. As oil is derived from the remnants of ancient organisms, both diesel and petrol are classified as “fossil fuels”, but they have very different properties.

Petrol – A colourless aromatic liquid, petroleum makes up around half of the composition of a barrel of crude oil. It is prized for its energy content and stability at room temperature, although – as with all fossil fuels – it is highly flammable. We'll take a look at the various forms of petrol in a moment, but for now it's important to note that there are various “octanes” of petroleum fuel, along with “super” unleaded and conventional unleaded (lead containing petrol tends to be very rare these days due to the element's known health risks). Petrol generally isn't supplied on its own. Additives are used to prevent “knocking” (early ignition), promote stability, and to prevent corrosion.

We stated earlier that petrol is a “fossil fuel”, and that's true. However, it's hopefully becoming less true, as more suppliers embrace biofuels (based on plant-derived ethanol). In the UK, laws state that 5% ethanol can be added to petrol and it's not uncommon to find that this is the case.

Diesel – Diesel fuels can be petroleum based, but that's not always the case, with various natural gas or biofuel-based versions now in use across the UK. What binds them together is the fact they are much less flammable than petrol and do not deliver their energy via spark ignition. Instead, diesel fuel functions by air compression and fuel injection, resulting in higher efficiency levels. On the flip side, it tends to generate exhaust with higher particulate levels – compounds that are associated with lung and heart diseases in the UK, making diesel an increasingly controversial fuel choice.

Because of the way diesel works, it cannot be used in petroleum engines. If you're using fuel containers, telling the difference shouldn't be hard. Just remember that diesel usually comes in yellow containers, while petrol will be contained in red canisters. 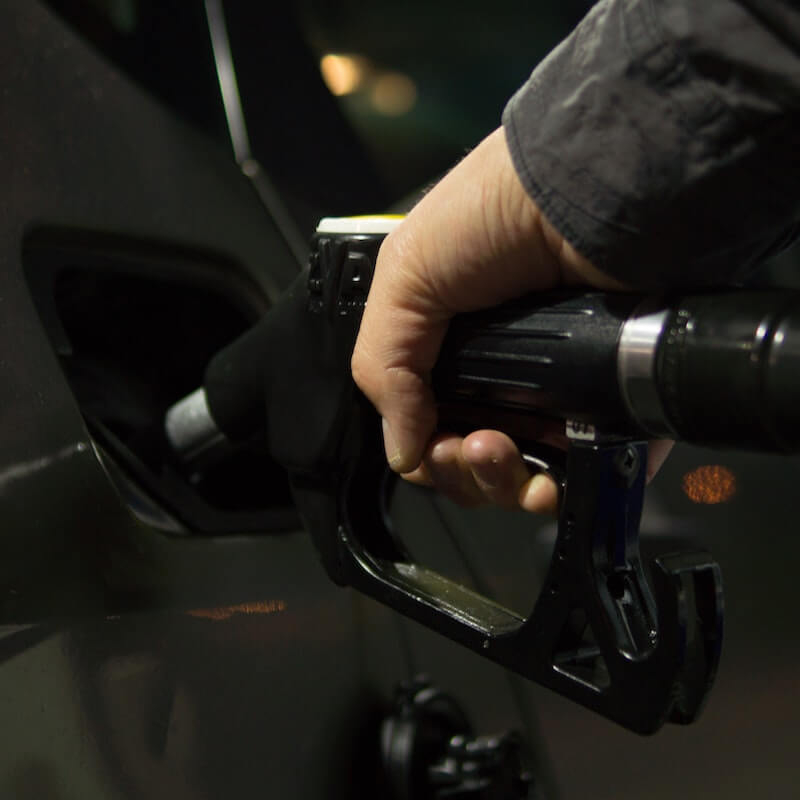 Petrol vs Diesel: Which is Better?

This is a choice that many drivers will have to make, and it's not one with a simple answer. On the one hand, diesel has several advantages over petrol.

Then again, there's always a debit side to the equation, and there some counterpoints that motorists need to bear in mind:

So, which is better, petrol or diesel? Much depends on what vehicle you drive, and what you use it for. The majority of consumer cars are petrol-based, for performance reasons. But if you need to haul a caravan or anticipate carrying heavy loads, diesel starts to become the more reliable option.

However, it's worth knowing that diesel is becoming more heavily regulated and is likely to become more expensive in the future. At the moment, UK diesel drivers must have a working diesel particulate filter (DPF) installed if they want to pass their MOT. Expect further regulations in the future, particularly as hybrids start to claim a bigger slice of the motoring market. So if you're wondering is petrol or diesel cheaper, diesel may seem cheaper now, but that won't necessarily always be the case. 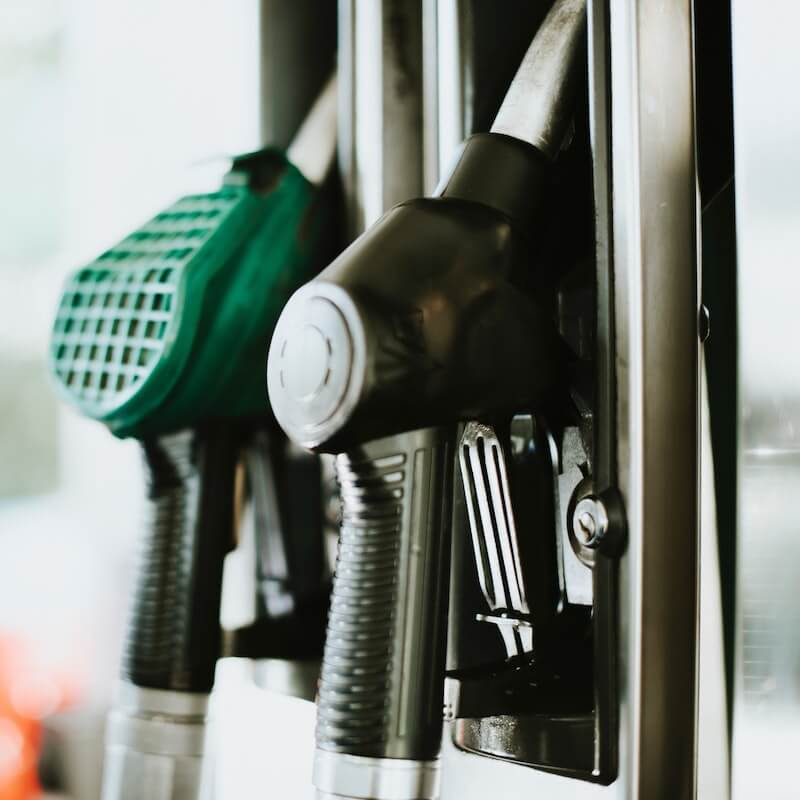 Different Types of Petrol and Diesel for UK Drivers to Consider

When it comes to purchasing petrol and diesel, the options on petrol station forecourts are usually fairly simple, but specialist fuels make the buying decision more complicated for those with specific needs. The choice at your local petrol station will usually go something like this:

Where Can You Purchase Petrol and Diesel in the UK?

The UK market is pretty evenly divided into petrol stations and supermarkets, and finding an outlet is rarely difficult. 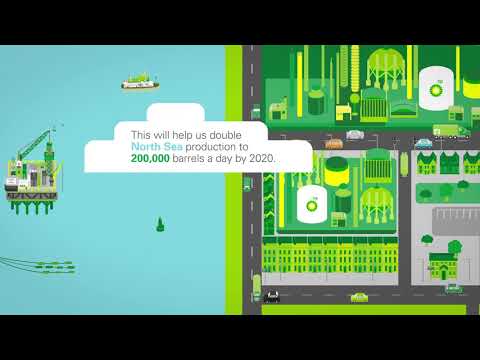 How to Save Money With Fuel Offers: Things to Remember

Now that we know a bit more about the UK fuel market, it's time to get to grips with how to drive down your motoring costs. Diesel and petrol offers come in various shapes and sizes, and it makes sense to take all of them into consideration when planning your fuel purchases. 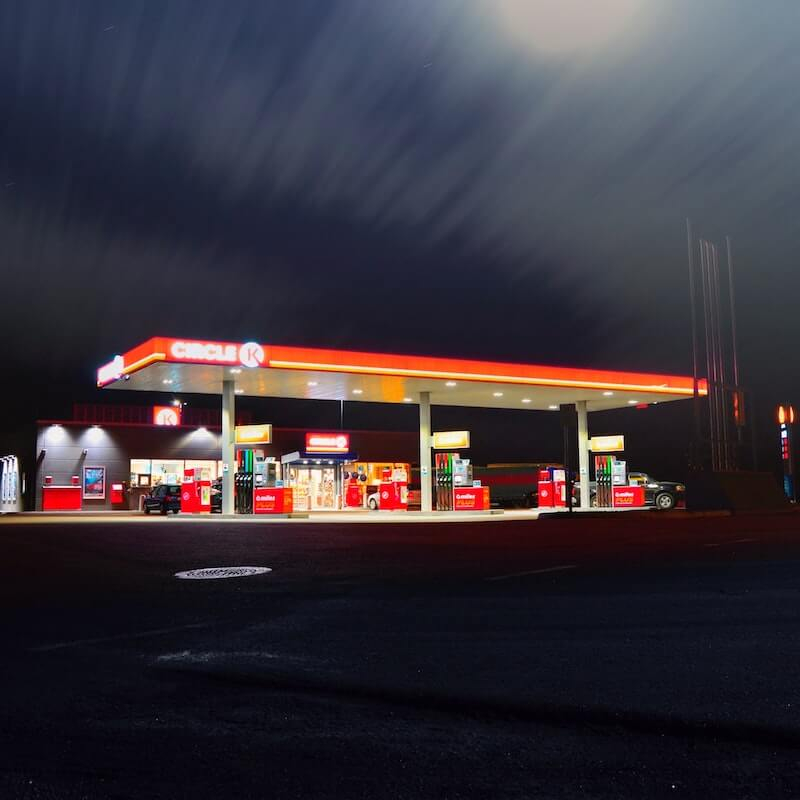 How to Calculate Your Petrol Usage

Despite all of these easy ways to save money, many people will still be in the dark about exactly how much petrol they use, and how much they spend as a result. Given that we drive 7,200 miles per year on average, losing track is easy, but there are some tools to help us take control of our fuel consumption.

In this context, the most useful tool of all is a reliable petrol usage calculator. These allow customers to plug in their mileage, the fuel efficiency of their vehicle, and the cost of their petrol supplies (in pence per litre). With that data, they can instantly calculate an accurate annual running cost, which you can then use as the basis for making measurable savings.

How and Where to Make Great Petrol and Diesel Savings

Purchasing petrol or diesel is one of those essential expenditures that almost all of us have to factor into our lifestyles and budgets but can easily spiral out of control. Despite their size, many people ignore their annual fuel bills, writing them off as an unavoidable cost of living. But that doesn't have to be the case, and as we've seen, there are many ways to save on fuel costs.

All it takes is understanding your fuel buying habits and sourcing cheap petrol from retailers that provide the best deals. So plug in your data to a good fuel usage calculator, and check the hotukdeals listings for fuel promotions in your area. Our petrol and diesel listings include the latest offers from filling station brands like BP, Esso and Shell. And they also cover the major supermarkets, from Tesco and Asda, to Sainsburys and Morrisons.

Shop around, compare prices, and look for short term price drops that are attached to grocery spend. Download fuel buying apps and start earning credit and monitor your driving habits to make savings. In no time, you'll discover that your annual bills are dramatically lower, liberating some precious cash for presents, leisure, or whatever you desire.

Slash Your Motoring Bills with Diesel and Petrol Offers from hotukdeals

Are you concerned about rising fuel prices? Have you calculated your annual bills and found that they were much higher than anticipated? If so, it's time to start hunting for petrol and diesel promotions that can drive down your costs and put your budgeting on cruise control. Whether you need high octane performance fuels or bog standard unleaded, all of the deals you need can be found at the hotukdeals petrol and diesel listings.