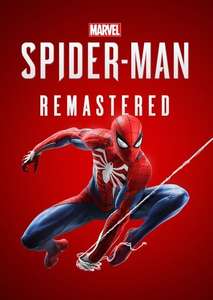 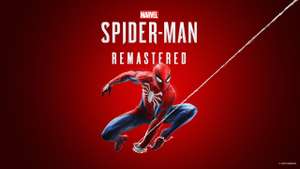 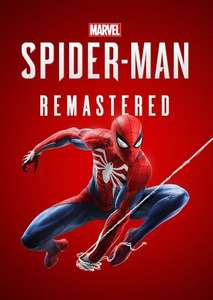 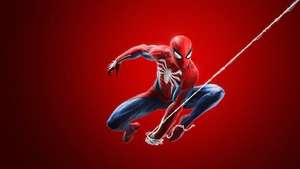 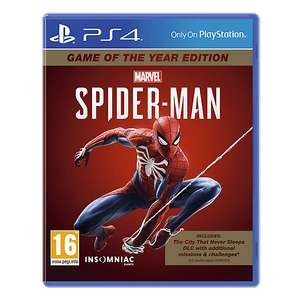 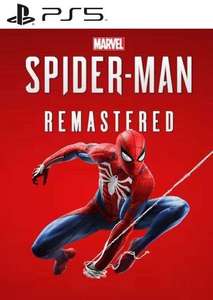 Spider-Man is one of Marvel's most popular super heroes, and he's been spinning his webs and using his agility to thwart villains like Dr Octopus for over 50 years. But despite the massive success of the Spider-Man movie franchise (grossing almost $5 billion worldwide), Peter Parker's alter ego hasn't really established himself as a videogaming titan. At least, not yet.

Spider-Man 2018 looks set to change all that. Released in September 2018 for PlayStation 4 by Sony Interactive, and developed by Insomniac Games, the latest instalment in the Marvel Universe has created a huge buzz among comic fans and action gamers alike. Let's find out more about one of the year's most exciting PlayStation releases. 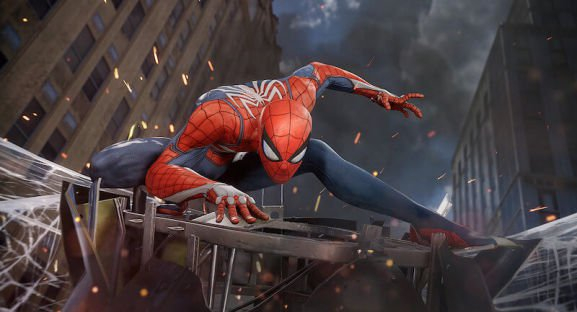 Over the years, plenty of superhero videogames have come and gone, with everyone from the Hulk to the X Men featuring in memorable (and not so memorable) titles. Spider-Man has been part of the story, but not as much as you might think given the character's fame and popularity.

Back in the 1990s, the Amazing Spiderman appeared for platforms like the Amiga and C64, but didn't make much of an impression. Spidey also appeared in a few side-scrolling beat 'em ups like Web of Fire, as well as conventional fighters like Capcom Super Heroes.

In 2000, Neversoft's Spider-Man title for the original PlayStation finally produced a gaming experience worth of the character. That version received a couple of sequels, but the general opinion was that its quality fell off as the new titles appeared.

A scattering of other Spider-Man-related offerings have appeared since 2010, including Edge of Time and a new Amazing Spider-Man. But none of these releases had the wow factor that a Marvel franchise demands. And that gap in the market was what prompted Sony to task Insomniac with creating something truly special.

How Does the Gameplay Work in the New Spider-Man Title?

The result is Spider-Man 2018, and the signs are that Insomniac have succeeded. This time around, Insomniac have decided to create a huge open world environment based around the city of New York, which players can explore to their heart's content. And this is no ordinary digital environment. Insomniac have worked incredibly hard to add details which make it feel as realistic as possible, including squirrels which act and look just like the real thing.

As they navigate the city, gamers have the choice of fighting crimes that are occurring in real-time, and completing quests which lead to enhanced spider suits and extra powers. And they also get to meet a variety of classic characters from Spider-Man's universe, including Mary Jane Watson, Daredevil, the Kingpin and Taskmaster.

As players wander around the city (or swing from tower to tower via their spider webs), beacons alert them to collectible items and side quests, allowing them to level up their resources and acquire new Spider Suits. These suits are a key part of the action, giving Spider-Man the ability to defeat major bosses, so levelling up is essential.

And so is learning the new combat system. In Spider-Man 2018, fighting isn't a matter of picking the right attack and spamming opponents. Mastering Spidey's jumps and webs is also vital if you want to evade attacks and defeat your enemies. The same goes for combos, which can be configured to suit your fighting style and make it much easier to inflict serious damage when absolutely necessary.

When you've mastered that, you can go onto complete the main narrative. This storyline offers a new spin on the Spider-Man saga. At the outset, Peter Parker is a young science graduate and Spider-Man a crime fighting novice. As things move on, players get to meet characters like Mary Jane (who also becomes playable at times), and both Spidey and Peter's lives progress.

And there's plenty going on behind the scenes, from the chance to listen to J. Jonah Jameson's crazed anti-Spider-Man podcasts, to muttered comments from random New Yorkers. The developers state that they tried to turn the city into a character, and this has created a uniquely rich setting for hours and hours of gameplay. 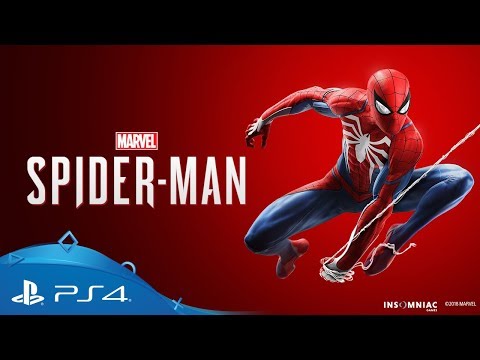 Spider-Man: What Have the Critics Thought?

With its mixture of atmospheric open world exploration, characters from the familiar Marvel saga, and plenty of quests to complete, Spider-Man 2018 should surely be a massive hit with fans, but what have critics thought about the latest Marvel title?

With a MetaCritic rating of almost 90%, the reception has been pretty solid, with very few reviewers finding fault with the overall experience. For instance, Trusted Reviews gave it a respectable 4 stars out of 5, complementing the exploration side and the recreation of New York, as well as the combat system. And they also loved the storyline, calling it the gaming experience that “narratively...comic fans have been craving for decades.”

IGN were positive about the title as well, giving it 8.7 and judging that it “succeeds at nearly every swing across Manhattan’s rooftops.” They praised the 15 hour long storyline, which convincingly puts the player in Peter Parker's shoes, and also noted the humour and endless amount of gadgets on display. Games Radar were just as effusive, paying particular attention to the smooth gameplay mechanics.

So far, there have been very few dissenters from the chorus of praise for Spider-Man 2018, which doesn't usually happen with new PlayStation 4 releases. It looks like Marvel fans won't be disappointed if they fire it up for their Sony console.

As usual, there are a number of ways to buy Spider-Man 2018 that was released on the 7th of September. Unfortunately, the pre-order bonuses won't apply after the release date (7 September), and you'll need to spend a little more money to get all of the features. Here are the main buying options: 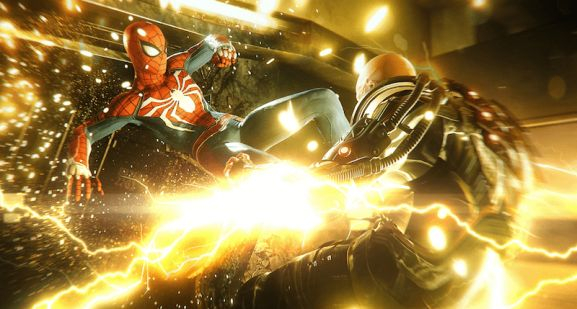 Spider-Man 2018 has been released as a standalone title, but with extra content planned for release in March 2019. This will be available as downloadable content, but as we've already seen, you can access it now by spending extra on a more expensive version.

The DLC pack is called “The City that Never Sleeps”, and at least part of it will revolve around the character Black Cat, who is planning a heist somewhere in Manhattan. By unravelling her clues and defeating enemies along the way, Spider-Man has to foil her crime before it's too late – a classic Marvel scenario.

After that, the next instalment will be titled “Turf Wars”, while 2018's DLC is going to be rounded off by “Silver Lining”, which most likely involves an appearance from Silver Sable. Sony are releasing the pack in stages, to maintain buzz and allow players to finish the main quest, so if you do purchase the DLC with your edition, don't expect to play all of its narratives for a few months at least.

And remember, these DLC packs will be available for people who purchase them with the original title. Everyone else will have to wait until 2019 for the chance to experience their storylines.

Should You Play Spider-Man 2018 on a PlayStation 4 Pro?

The PlayStation 4 Pro arrived in late 2016, and the original console is 5 years old now, so you might expect big differences in how new titles like Spider-Man 2018 perform on the two systems. If you are the owner of an original PlayStation 4, does the appearance of Spider-Man's latest adventure mean it's time for an upgrade?

Well, it's certainly a good excuse to make the step up. The Spider-Man 2018 bundle we mentioned above is exclusively for PlayStation 4 Pro, and it's heaven for Marvel fans. With good deals around for bundles (especially around periods like Black Friday), you may well be able to kill two birds with one stone and get both a new console and a cutting edge gaming experience.

There's is a noticeable difference between the resolution, richness and smoothness of the graphics on the Pro versus the original PlayStation 4, so if you're a gamer who gets infuriated by sub-standard graphics, upgrading could be the way to go. But the gameplay itself hardly differs between the systems, and it still looks pretty amazing on the original console. So don't worry. Spider-Man 2018 isn't a deal breaker for PlayStation 4 owners. It's fine to play on both versions of Sony's system. 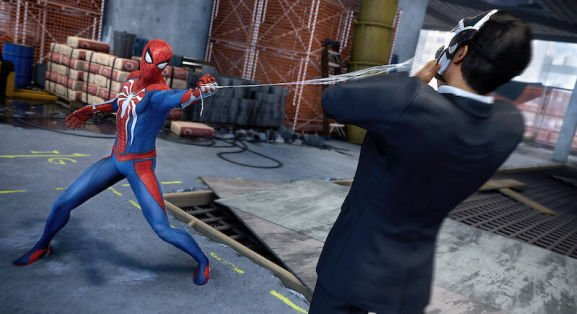 How to Buy Marvel's Spider-Man at a Good Price

If you've always wanted to take the role of Peter Parker and his alter ego Spider-Man, now is the ideal chance to do so – as long as you own a PlayStation 4. If so, Spider-Man 2018 seems to be the must-have title of late 2018.

However, as with most videogames, buying Spider-Man 2018 isn't necessarily cheap, especially if you want to include all of the DLC as it is released. With plenty of new adventures and characters on the horizon, real Marvel fans won't want to be left out in the cold.

The good news is that finding a cheap version shouldn't be hard. Just check the HotUKDeals Spider-Man 2018 listings where you'll find current deals from merchants like GAME, Smyths, Base.com and HMV, as well as the PlayStation Network. If it's available for UK buyers and discounted from its original price, it should appear on our gaming listings. So have a look around and check back regularly. You may well find a Deluxe or Collector's Edition available for well below the listed price.

If you intend to upgrade your PlayStation, it's also worth searching for the Spider-Man PlayStation 4 Pro Bundle. And all deal hunters should pay attention when sales periods like Black Friday or the New Year roll around. Spider-Man 2018 is sure to be a major festive gift, and retailers will be keen to offer the most competitive prices possible. When they do, HotUKDeals is the place to find out about them.

At last, Spider-Man has a videogaming experience which does justice to one of the world's great comic book characters. Spider-Man 2018 for the PlayStation 4 is one of the year's biggest releases, offering a stunning urban environment, absorbing quests, and plenty of humour and adventures for all gamers. Catch it in your web and save money in the process by finding a copy at the Spider-Man 2018 HotUKDeals listings.