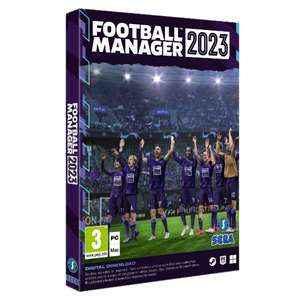 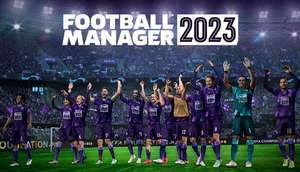 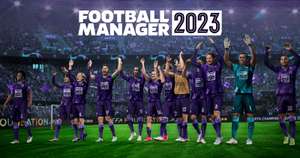 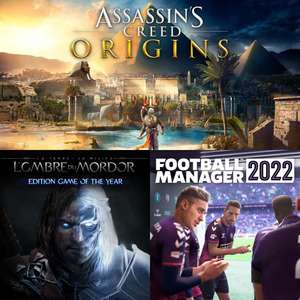 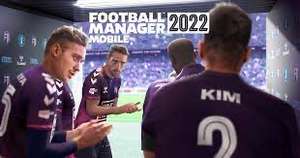 As the name suggests, Football Manager is a computer and console game which lets players take the helm of a football club. But that's just the tip of the iceberg. Football Manager is a massive game, with realistic stats for players in almost every global league. You can control lowly non-league teams, battle it out for the Champions League and much more in between. And with in-depth tactical systems and things like a new medical center, few sports titles have so much depth.

FM2018 was released in November 2017, and updated an already slick engine with plenty of additional features. It's available for Macs, PCs, iOS and Android phones, as well as the Nintendo Switch. So will you take the job? Let's find out if it's the managerial simulation for you. 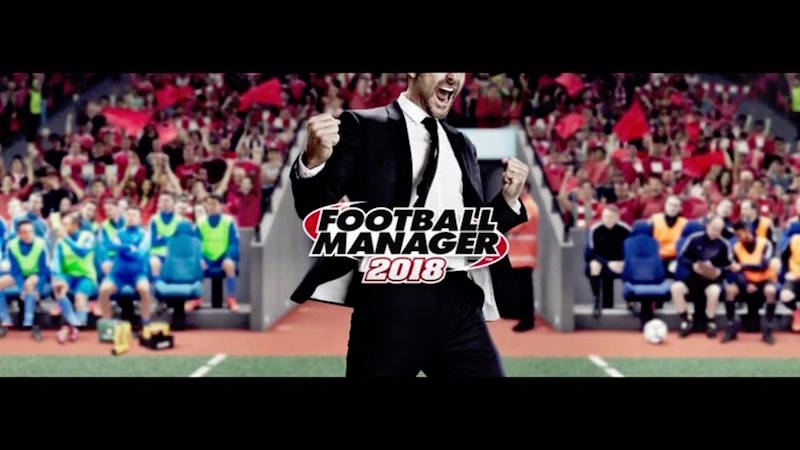 The Story Behind a Revolutionary Football Management Franchise

Football management simulations are nothing new. Ever since Football Manager came out on the ZX Spectrum (it's no relation of FM18, by the way), people have been plotting formations and buying players, and generally reliving the excitement of professional football.

As the years have gone by, management simulations have become more complex, with landmarks being the Premier Manager titles on the Amiga and PC, and the Championship Manager games for the same systems. Championship Manager was the first game to add huge amounts of data to the mix, with attributes like pace, flair and heading for each player, and detailed player histories and transfer values. For football geeks, it was a revelation.

Since then, the data has become even more detailed and every year a new version has added more features, turning Football Manager into more than just a football simulation. For some people, it has become an obsession, allowing them to micro-manage the destiny of football teams and turn minnows into giants.

Since SI was bought by SEGA in 2006, the game has evolved as well, with a 3D match view appearing in 2009, the introduction of football agents in 2011, and versions for iOS phones in 2010. Playing via the internet was added as early as 2007 with Football Manager Live, which was closed in 2011 but resurrected in 2015 as Football Manager Online. So players can pit their managerial wits against fans from all over the world.

Sports Interactive currently offer three different ways to play Football Manager. All of them have the same core gameplay, letting players take over a wide range of teams and play around with tactical settings, transfers and match performances. But they differ in important ways too: 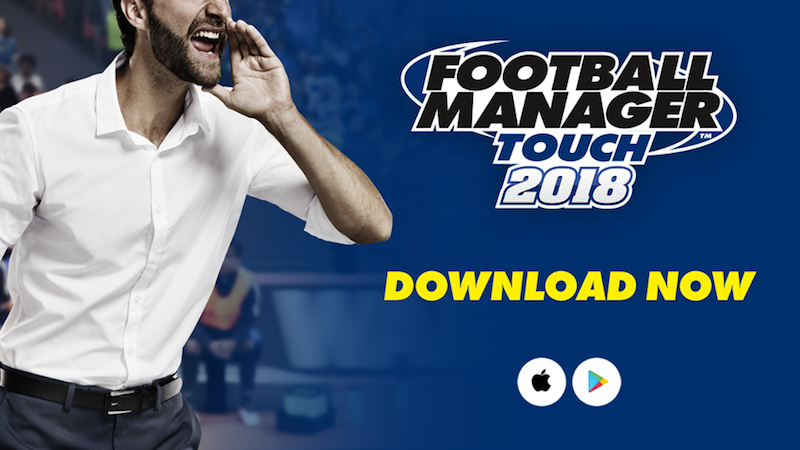 How the Gameplay Works in Football Manager

If you haven't played a football management simulation before, the interface looks simple at first glance. First off, you need to pick your team. FM2018 includes 147 different leagues and 2,500 teams – all with actual player names and realistic attributes. The developers actually maintain a scouting network across the world which keeps everything up to date.

When you've chosen your team, you'll be able to start managing. Buttons lead to screens dedicated to training, transfers, team selection, finances, saving your game, reading match reports, checking messages from players, the media or the board, and hiring or firing staff. If it can be done by a manager in real life, the side menu in FM2018 probably lets you do it.

You can fine tune your starting eleven, subs and tactics (and even control the under-23s if you want to get in deeper), and then it's time for the match. Matches can be viewed in 3D if you prefer, although faster modes are available. At any time, you can change your formation and make subs, and hopefully you'll make the right calls.

New Features for Football Managers to Tinker Around with in FM2018

Every year's new edition of Football Manager brings a host of new features, and this year's instalment is no exception. Here are some of the new elements which promote FM2018 into a different league compared with FM2017:

How Have the Gaming Press Received the Latest Version of Football Manager?

Over the years, Football Manager has been a darling of the gaming press and fans alike. That's probably why it's now the undisputed champion management sim, and there's no real competition. But how has the latest edition fared with critics? Could FM be ready for a relegation?

Not really. The response has tilted towards positive or enthusiastic. PC Gamer's reviewer loved the dynamics system, which added a layer of realism and personality to the relationship between managers and players. They also praised the developers for streamlining the interface in general – a particular benefit for inexperienced players who might have felt overwhelmed by the menus and windows involved in previous FM titles.

Trusted Reviews were almost as keen on FM18, calling it “ridiculously addictive” and noting the improved ability to give players instructions to take out onto the pitch. They weren't sure that dynamics had been perfected, but welcomed its inclusion, and suggested that some aspects of the user interface could do with “freshening up”.

Those reviewers are pretty much representative of the media in general, and the PC version has a Metacritic rating of just over 80%. However, it's worth noting that some players haven't been as positive. Many aren't convinced that the new features amount to revolutionary additions, and aren't crazy about the 3D engine. So there have been dissenters.

Ways to Buy the Standard Version of FM2018

As usual, there are a number of ways to get hold of FM2018, so it makes sense to consider all the options and find a version that's right for you.

Firstly, it's worth reiterating that there are three versions: FM2018, Touch and the smartphone version, and these are available for different platforms (noted above). Firstly, let's focus on the main game, as that's the product that most buyers will be interested in.

The Standard edition of the main game can be ordered for Linux, Macs and PCs. In all cases, buyers will need to have a Steam account, or it won't be possible to download the game data. If you haven't already got an account, joining the game distribution platform is free of charge, and you can create an account easily on their website.

Sports Interactive and SEGA have released the game in a hard copy version and a digital download this time around, and many boxed versions you'll see in shops won't contain a disc. Instead, they come with a download code. Even if you do buy a disc version, an account is required to activate the game.

A “Limited Edition” of FM2018 is also available from some retailers, but doesn't add many extras. The only addition is a paper foldout inside the box which provides a “management masterclass” and may be helpful for newer players.

Nintendo Switch owners can also purchase the game, and the best place to do so might by the Nintendo website, which provides more information about the game. 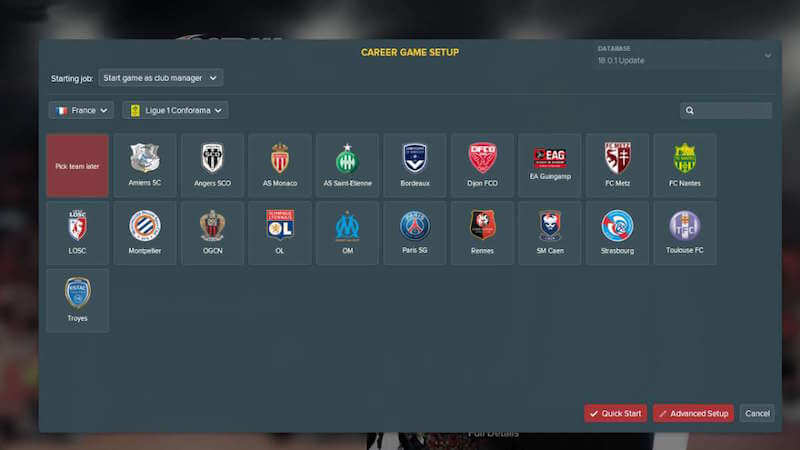 Buying Other Editions of FM2018

If you'd like to by FM Touch, doing so is easy, and there's generally no need to head to a bricks and mortar store. Retailers like GAME offer regular discounts for the Touch download code, so just hunt around on the HotUKDeals Football Manager listings and buy the code. Then head to the download site.

Pretty much the same applies to the smartphone version, which can be downloaded from the iTunes Store and Google Play, or purchased from gaming merchants.

FM2018 may not seem like a processor-intensive title, as it lacks complex graphics, but it does come with minimum recommended specs, so PC owners should check them before buying:

The specs are the same for Linux users, while Mac users will need an Intel Core 2, 1.8GHz system.

A Quick Guide to Mastering the Tactical System

If you're coming to Football Manager for the first time, a few tactical tips could help you to hit the pitch running. It's a complex game at first, but there are some principles which should avoid heavy defeats in your first few matches:

One of the most exciting and impressive aspects of Football Manager is the ability to play against human players. There's no “massively multiplayer” arena for people from around the world to test their skills. Instead, you can play against friends (or rivals) via the internet.

This game mode works via the Career button, which appears on the startup menu. Essentially, this turns your computer or console into a server which friends can log onto and create their teams.

There may also be the option to head to Steam to join leagues involving complete strangers. If a game is labelled as “public”, you're free to join and show off how much you know about the Beautiful Game.

Football Manager is one of those titles where players can really benefit from picking the brains of experienced managers. Thankfully, there are a number of places where newbies can pick up tips from veterans.

The Sports Interactive discussion boards are the place to start, providing threads on all of the versions, along with the chance to report and find out about bugs, strategy discussions and even the opportunity to suggest new features for FM2019.

There are also fan-run sites which host lively conversations about the game. Some of the most popular include FM Base and the FM Scout boards, which is also a great place to download scouting tools for the game itself. Finally, Reddit's Football Manager Community is always a good place to talk about your managerial experiences.

Tips on Buying Football Manager at the Best Price

If you want to take Arsenal to Champions League glory, or pilot Kidderminster Harriers into the Premier League, there's only one way to do so: by playing FM2018. It's easy to get hold of a copy of the world's premier football management sim, and you should always be able to do so at bargain prices.

Just have a look at the HotUKDeals Football Manager listings and find a download or hard copy for a price you like. All of the UK's biggest gaming merchants will be represented, including GAME, Amazon, Argos, eBay and CDKeys, as well as Nintendo and SEGA/Sports Interactive website.

If you haven't bought a Nintendo Switch yet, you may also be able to find bundles featuring FM2018 and the console, allowing you to save money on both. And whether you buy the game itself or a bundle, shopping at certain times of year can help to save cash. Black Friday and Cyber Monday in November are always great times to bargain hunt for gaming products, along with Amazon Prime Day.

If you really want a cheap copy, it's worth remembering that Sports Interactive tend to release and update every year, usually in November. So expect big reductions for FM2018 as the update approaches.

Football Manager is an epic game. Offering a blizzard of statistics and endless ways to fine tine your team, it puts you in the managerial hot seat like never before, allowing anyone to become Wenger, Ferguson or Mourinho. If you think you have the skill to succeed in the dugout, get hold of a discounted copy at the HotUKDeals Football Manager listings.