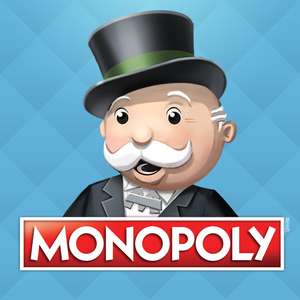 158° Expired
Posted 25th SepPosted 25th Sep
Monopoly- Classic board game £1.99 on Google Play Store£1.99£4.4956% offGoogle Play Deals
Monopoly on Google play currently 50% off until tomorrow 26/09/2022 Been playing this all morning and enjoying it, you can play online against random people, against friends or with AI … 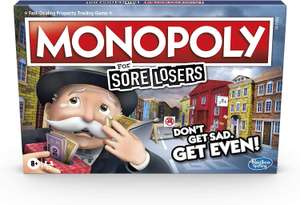 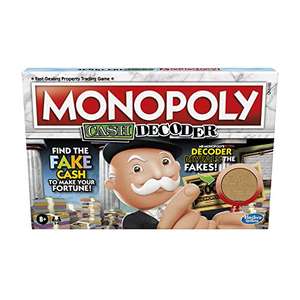 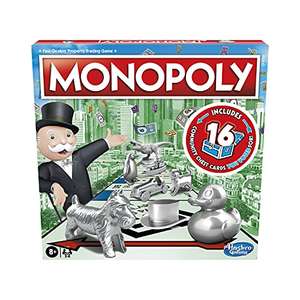 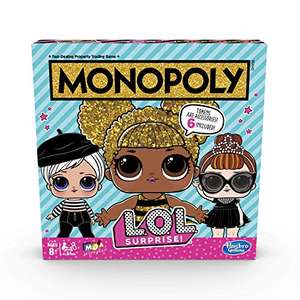 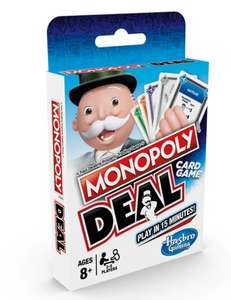 Monopoly is a board game based on the dog eat dog world of business and requires a mixture of skill and luck. It involves each player generating the maximum income at the expense of the other players. Eventually, some become bankrupt, and one person is left as the winner. The game has many twists and turns, with rules that are often adapted by families or groups of friends who play regularly, to customise the experience. Monopoly boards are now available in various themes, including boards inspired by films, comics or global brands, and there are also many digital versions and video games. 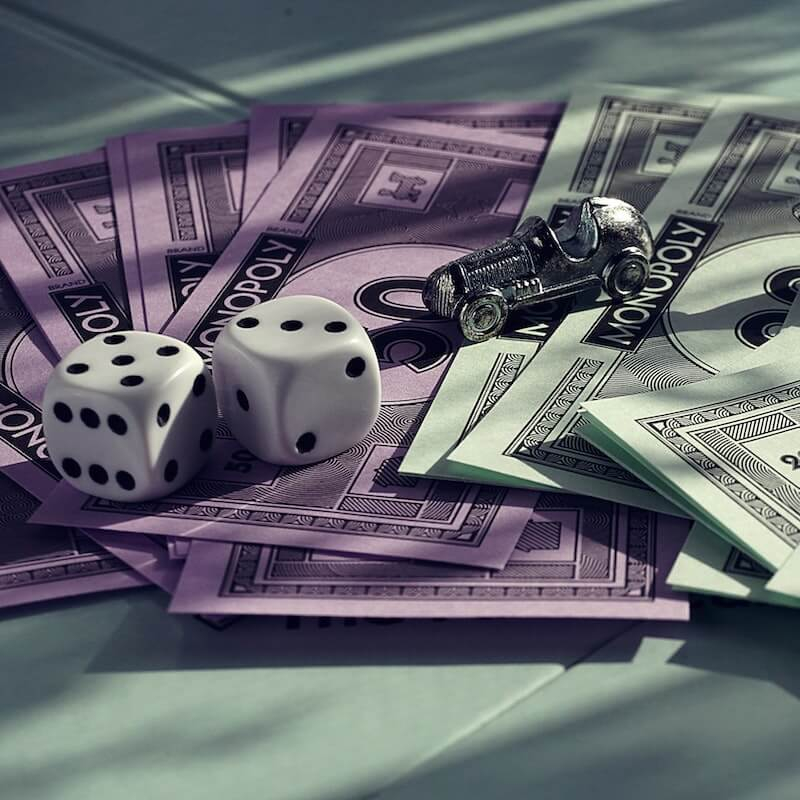 The Story of Monopoly

The idea for Monopoly was first dreamt up by Elizabeth Magie, a stenographer from Washington DC, who saw the property-based board game as a form of wry social commentary. She patented her idea in 1903, but it wasn’t until the game was refined and marketed by Charles Farrow, that the concept really took off. Soon, the game publisher Parker Brothers took over production and Monopoly in its modern form became a major success. The game is now owned by Hasbro, with Parker Brothers being one of their brands.

What is the Original Monopoly?

The original version of Monopoly was launch in the United States in 1934, then the rest of the world in 1936. The square Monopoly board is made up of 10 small rectangles around each side, these are named after railway stations, utilities and notable locations.

At the first corner is the Go square where players begin the game, the next corner is the Jail, and the following is Free Parking, where nothing happens according to the official rules. The final corner is Go to Jail and players landing here are sent straight to the Jail corner.

In the centre of the board are two rectangles where the Chance and Community Chest cards are kept. These are action cards which usually require a player to move their piece to another square, or payout or collect money.

What’s Included in the Monopoly Box?

Part of the fun when playing Monopoly are the quirky play pieces and the huge hoard of cash, but there are other items included in the box. 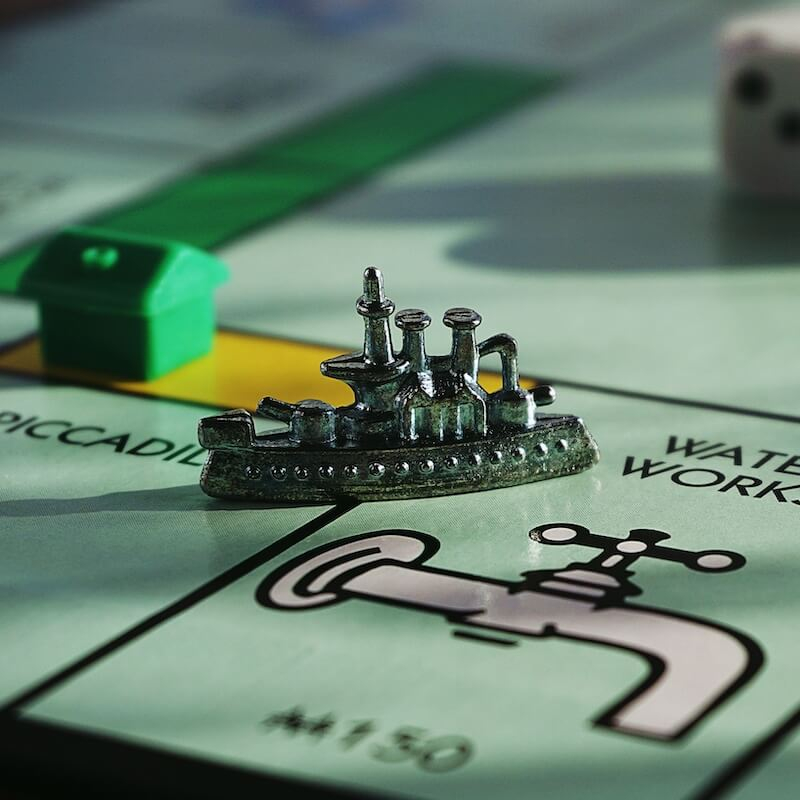 How is Monopoly Played?

The game starts when everyone selects a gaming piece and receives a set amount of money. Next, the board is set up with the Chance and Community Chest cards in the correct place, and one player is chosen to be the banker.

Everyone rolls the dice once and the player with the highest score goes first. Rolling two dice, they move off from the Go square. This is then repeated by all the other players and everyone continues to take their turn in order. When players land on an unowned property, they can choose to buy it, or ask the banker to auction it off. If a player manages to acquire all the properties in one colour group, they can build houses and then hotels.

Players who land on these places have to pay the owner a set amount of rent. Some places on the board cannot be bought, Instead, a player landing here has to carry out the required action. This may be drawing a Chance or Community Chest card, paying income tax or going to jail.

The aim of the game is to earn as much money as possible by having the monopoly on various sets of locations. This allows players to make money from other players, hopefully rendering the competition bankrupt and leaving one person as the winner.

How is Monopoly Different from Other Board Games?

The most unique aspect of Monopoly is the style of play. Although there is an extensive list of printed rules, these are rarely followed correctly by players. Instead, people learn the game from friends or family who have been playing for years, not necessarily in the official way. The use of house rules is popular because it allows groups of people to adapt the game, making it more playable for children for example, who may find themselves bankrupt very quickly and become frustrated. The fact that players are inclined to bend the rules has even been acknowledged by Hasbro with the tongue in cheek Monopoly Cheaters Edition.

A popular way of avoiding swift bankruptcies is by giving players who are down on their luck a loan, taken from the game’s cash store, rather than other players. Another of the most common unofficial rules is the creation of a kitty in the centre of the board, this is paid into by players who receive fines as part of the game. When a player lands on Free Parking, they collect the kitty.

On the downside, more generous rules create never-ending games where there is so much cash moving around, that it is almost impossible for anyone to win or lose. However, they also nurture smoother interactions between players and can make the game a lot more fun to play. 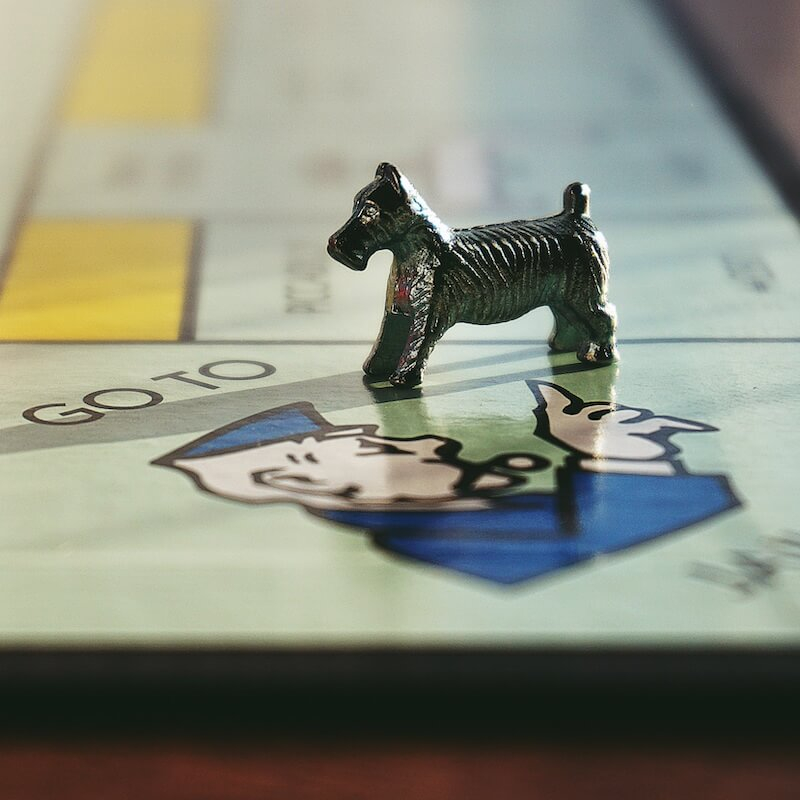 What Different Monopoly Editions are there?

In 1991, Hasbro bought the Parker Brothers brand and Monopoly came as part of the package. Until this time, only two versions of the game were available, the standard board and a deluxe version, which included more detail. After 1991, Hasbro soon got to work producing licensed versions of the game which included themed boards, pieces and actions. There are now over one hundred special editions of Monopoly, some of which are digital. You can choose one to suit your interests, the people you’ll be playing with or your style of play. Here is a look at some of the most recent versions. 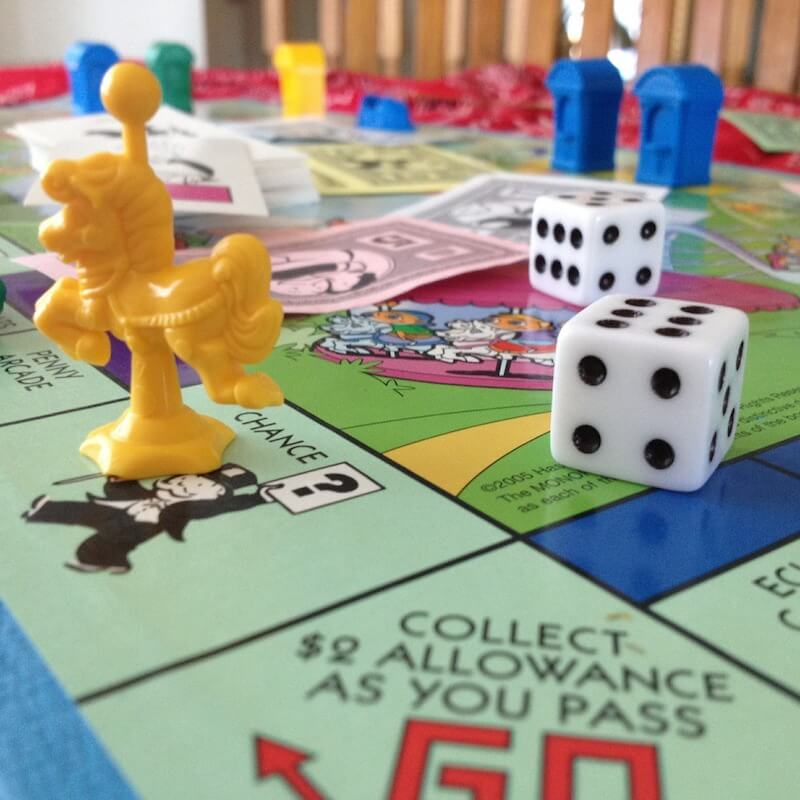 What are the Best and Worst Things About Playing Monopoly?

Monopoly is an engaging game that has endured for over a century, but not everyone appreciates the style of play. Here’s a look at the pros and cons, so you can decide whether you, your family and your friends would enjoy playing.

Where To Find Cheap Monopoly Offers and Deals

Hamleys, Argos and Smyths Toys all stock a wide range of Monopoly board games. For the digital versions, you can browse the selections at Game and for rarer editions released by Parker Brothers, head to eBay.

Over bank holiday weekends and during other seasonal events, a Monopoly sale may take place as part of general reductions on board games at high street and online stores. Another time to shop for reductions on the traditional game or digital versions is Black Friday and Cyber Monday, which takes place at the end of November. During this sale, stores cut the prices of their video games and board games by up to 50% in order to attract pre-Christmas shoppers.

Become a Property Tycoon with the Cheapest Monopoly Deals from hotukdeals

For a complete list of all the most recent offers and places to buy cheap Monopoly sets, head to hotukdeals. We collect the details of reductions from across the web and the high street, then publish them on our Monopoly page.