All Board Game Discounts, Offers and Sale - May 2022 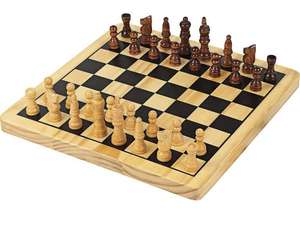 There are - the trouble is finding the right size - reckon they may do them in that particular diameter that would fit . Then the trouble is in gluing 32 pieces... one, by, one :D

Thanks. I was hoping there is some kind of weighted base you can stick to the bottom of the chess pieces.

None that are economically viable I'm afraid. Also none that are very practical because it'll involve repeating the same process 32 times on a small piece which needs to be put upside down (possibly via a clamp of some kind?). You'll need the weight to be the same size as the base of the piece otherwise the balance would be even worse. So, perhaps a side project for someone who already has the tools and stuff and the interest to follow through. Best option is as per my original suggestion to buy a set of weighted pieces for just over a tenner and then get a cheap board (or pricier, higher quality one) for the pieces. 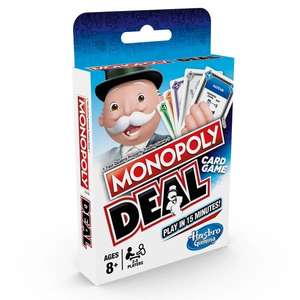 314°
Posted 19th MayPosted 19th May
Monopoly Deal Card Game £2.99 @ Smyths (free click and collect)£2.99Smyths Toys Deals
Features Contents: 1 Pack of 110 cards & game rules The fun of a Monopoly game played with cards Get a quick game in; it only takes about 15 minutes to play Use Action Cards to charge re…

Another stocking filler... Thanks OP!

This is good for a monopoly game have you read up on how much the originals go for now? I’ve got a a sealed 90s Justice League Version in the loft but can’t find it in there argh! 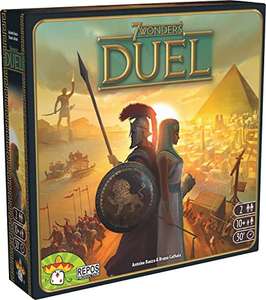 368°
Posted 18th MayPosted 18th May
7 Wonders Duel Board Game £16.60 @ Amazon£16.60Amazon Deals
7 wonders duel game reduced at Amazon Info added by @Sashecuador In 7 Wonders: Duel, you and your opponent each lead an ancient civilisation to greatness—but only one of you can win! …

We have had similar issues with Amazon. Recieved a flearly fake copy of Pandemic. They claimed they were going to take action right away, but they never removed it from sale. The replacement I got was also a fake.

One of the best 2 player only games

Hi, I think that Jaipur and Targi are both very good two player games. Targi has quite a dry theme but the game mechanics are a lot of fun. Jaipur allows you to collect camels so if that sounds like it will float your boat then give it a look! Would agree that patchwork is great too. There is a small box card game called Arboretum which is worth checking out too. For all budding gamers, do check out board game geek which lists best games of all time. You can sort by categories like family, strategy etc. I hope this helps someone. boardgamegeek.com/browse/boardgame?sort=bggrating&amp;sortdir=desc

Sorry, but I'm really wary buying boardgames from Amazon. Last 2 games we got from Prime (that's sold direct by Amazon themselves) were fake. For a couple of quid more you're guaranteed a legitimate product. Amazon isn't doing enough about the products being sold from their own warehouses these days, alas. Games were Catan and Ticket to Ride - poor plastic quality or bad printing compared to genuine ones. I'd avoid. 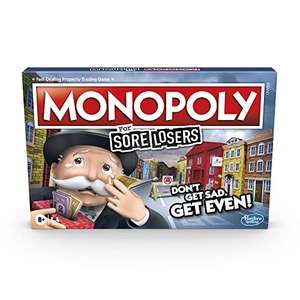 When they going to bring out the milking it edition :)

Should’ve been a Velcro version that you can’t flip.

Ordered for the collection. Cheers Frank 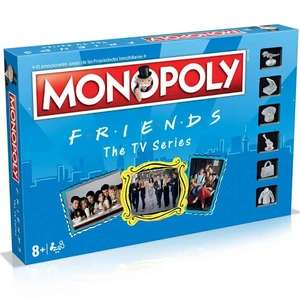 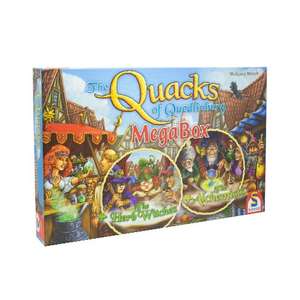 Dumping games into a drawer? The only word I noticed there was "sectioned".

Nope Firstly only if fans of the base game or collectors bought it that would hardly be an issue Clearly they make commercial sense or they wouldn't keep producing them They also make sense to those that invest in their gaming and want better value for money to get the whole lot £18 for two expansions is great considering that's the lowest I've seen for one. You do you but big boxes clearly have a place and appeal and this deal is great value and I'll likely get it as I'd want to get the whole lot. Cheers OP

It's £32.50 delivered for the base game and for someone who's never played the game before an extra £18 for two expansions is a gamble imo. For that money you could buy another family game (if you bought kingdomino you'd have money to spare). This is why big boxes are a bad idea; only big fans of the base game or board game collectors will buy it.

It's no where near £25 though It's £40 on Amazon And it's an investment Would cost around £80 or more to buy it all separate The previous big box plus the missing expansion would be around £70. So you may as well spend £10 or even £20 more (It's only £10 more than the base game on Amazon - not checked elsewhere as it would close this window) and get two ~ £20 expansions which are well rated I believe

Investigate, Build and Conquer the Competition with Board Games

Board games are characterised by play that unfolds on a central board. At least two people are needed to play and they each have an avatar – a token that represents their place on the board in relation to the other players. The action is usually propelled forward by the throw of a dice or the taking of a card, and there are specific rules which govern how a game progresses.

The first archaeological evidence of board games dates back to 3500BC and was discovered in an ancient Egyptian burial site. Ever since people across the world have used board games to amuse themselves and some titles remain forever associated with a certain country, like chess in Russia or Go in China. The concepts of racing to an endpoint, alignment of pieces and competition, which these historic games are based on, still influence brand new titles. 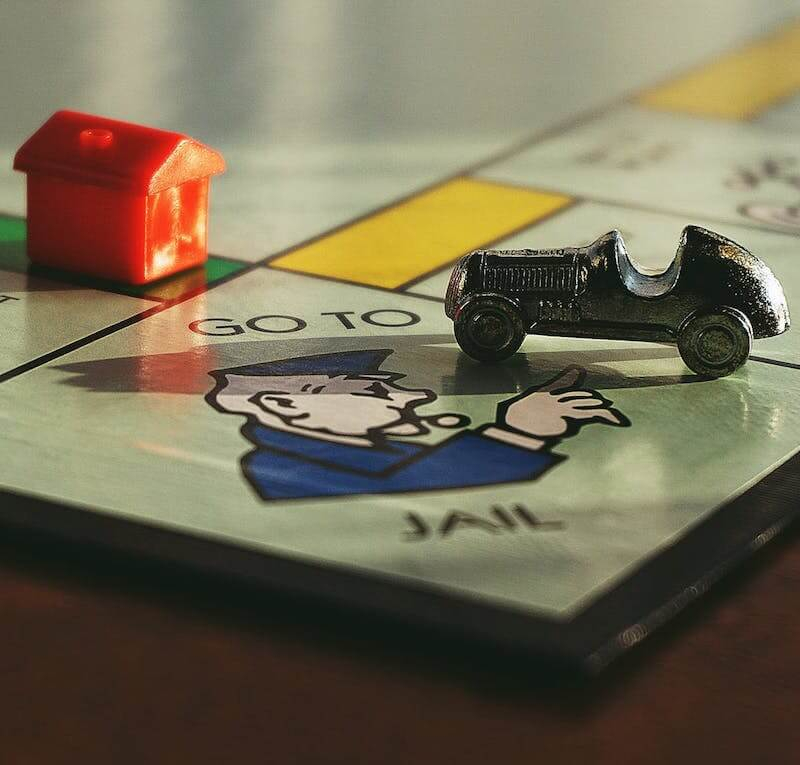 Why Play Board Games?

In recent years, board games have gone through a resurgence in popularity, with masses of new games filling the shelves in toy shops and department stores. Many adults will get a sense of nostalgia when seeing the old familiar titles, but most have been redesigned and revamped for modern players. So, in a high-tech world where many games are played online, what is the enduring appeal of board games? 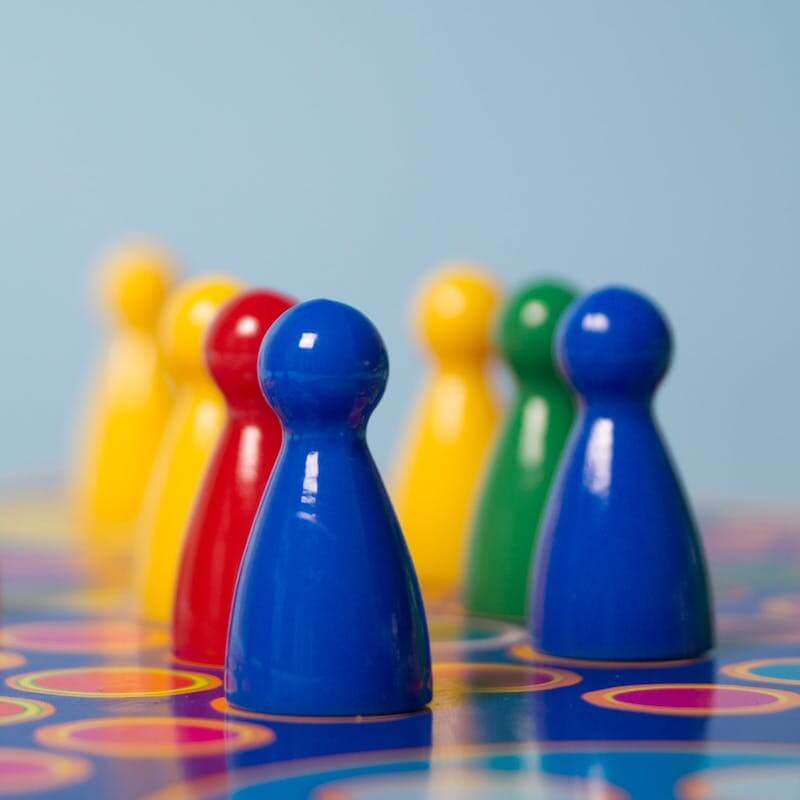 4 Quality Board Games That Don’t Break The Bank

Some board games enthusiasts can be shocked at some of the prices that popular titles can have. The top-rated board games can have prices which approach the £100, leaving them a far-cry from cheap and cheerful titles like Monopoly and Cluedo. So, for those looking to save, it’s important to know the names of some titles which are engaging but don’t cross the £20-30 mark. Luckily, we’ve gathered a list of some excellent titles for you that fit these criteria:

Video: How To Play: The Resistance

Board Games for All Types of Player

Board games can fall into a number of categories, but most spillover these definitions. Broadly speaking there are strategy games (where you’ll be in competition with your fellow players), placement games (where your pieces need to be positioned on the board in a certain way for you to win) and racing games (which see every player striving to reach the same endpoint). It can be difficult to know which style of game you will enjoy until you play, but here are a few suggestions to consider. 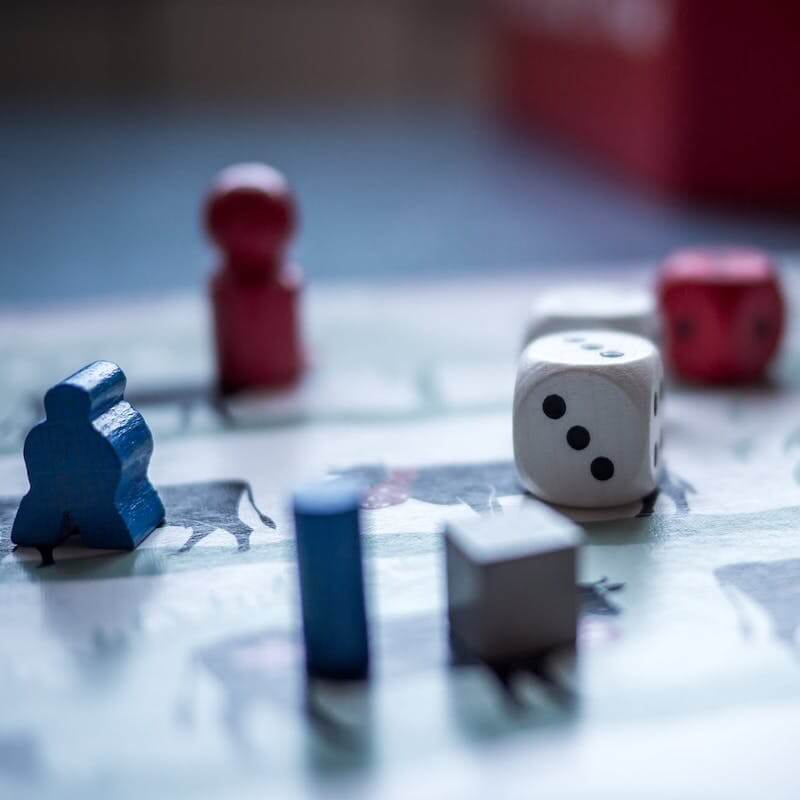 Choosing the Best Board Games

You can’t predict which board games will be a hit with your children, partner, friends or family until you’ve sat down to play, but there are ways to narrow down a search when looking for a new one. Here are some things you could consider.

The first question to ask yourself would be: What games do you already enjoy? If you are really into fun games that don’t require a lot of deep thought but allow you to chat and be creative, then you could try out Pie Face or Headbanz which are great party games. Alternatively, if you appreciate the strategy titles, then an iconic game like Risk gives you the opportunity to really get drawn into the action. You could also base your selection on how competitive or cooperative you want a game to be, the level of interactivity and the time it takes to play.

An important, yet often neglected element, is the theme of the board game you might want to play. Not all players are concerned about a game's theme or the inspiration behind it, but if you are a serious fan of music, science fiction, travel or even a particular franchise, it can really enrich the experience. From the artwork to the pieces and the narrative, themed games can make everything more interesting. In the Game of Thrones board game, you can take part in a struggle for the Iron Throne which calls on your skills of diplomacy, as well as combat. In the Star Wars board game “Star Wars: Rebellion” you can re-enact your own Rebel Alliance comeback against the cruel Empire and in Passport to Culture, you learn more about life in different countries as you play.

Finally, consider the overall mechanics of the different games? Board gameplay can be driven forward by the placing of pieces, card collecting or the roll of a dice. Some of these elements are entirely based on luck, while others are under a player’s control to varying degrees. After choosing which kind of format you prefer, you can quickly sort through a selection to find that style of game.

What are the Advantages and Disadvantages of Playing Board Games?

Board games can be great fun and allow us to take some vital time away from simply starting at our phone or computer screens all day. In saying this, they are not without their disadvantages and limitations. Read on to see the pros and cons of playing board games: 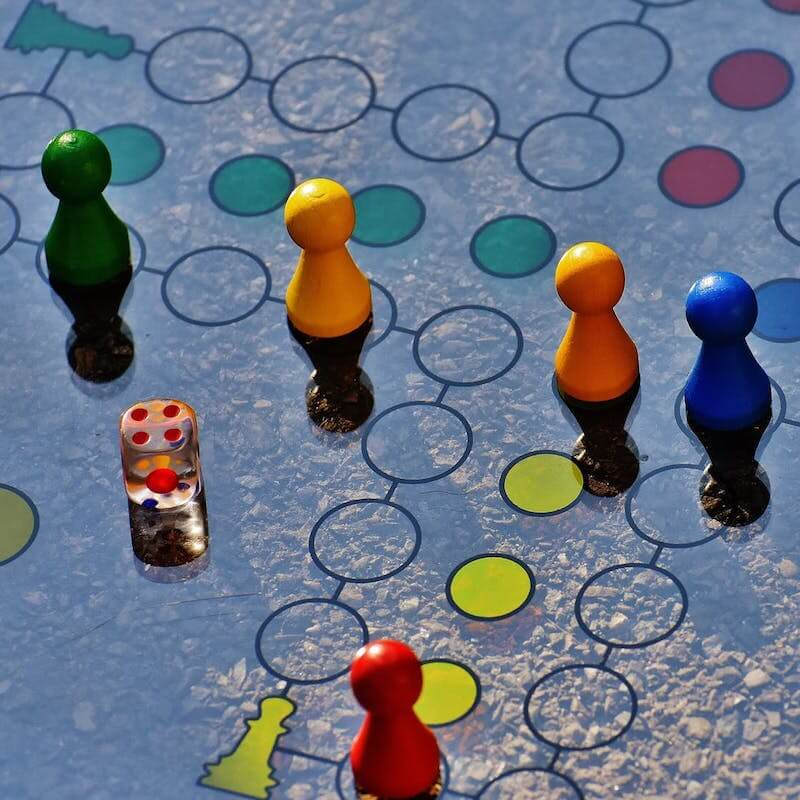 Where and When to Shop to Get the Best Board Games Deal Possible?

Most large supermarkets like Tesco, Sainsbury’s and Asda sell the latest and most popular board games in their toy departments, and these are always a good place to start when looking for board game deals uk. You can also shop online for board game deals in the UK at stores like Smyths Toys, Hamleys and Amazon, where you will find a huge selection of recent releases and classic games. If you are searching for rarer and independent titles, then you could try eBay or specialist retailers like Squizzas, Zatu Games and 365Games.

During the regular seasonal sales and when reductions are made at Christmas or on bank holidays, many stores will offer the best deals on their board game stock. You can look out for bargains at these times or wait for the Black Friday event at the end of November each year. Online and high street shops often have reductions of up to 60% in their board game sales, to encourage shoppers to buy in advance of the Christmas rush.

Get Top Deals On Board Games Right Here On hotukdeals

Boards game can be a great source of fun, even if Monopoly has probably ruined more than its fair share of Christmas mornings. You shouldn’t let board games ruin your back account though, so be sure to check out the hotukdeals listings if you’re in the market for one of the latest boards games.