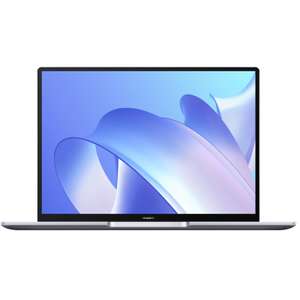 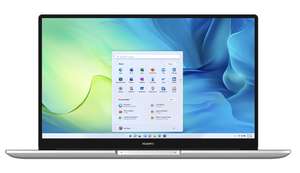 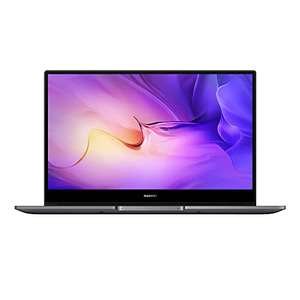 367° Expired
Posted 25th JulPosted 25th Jul
HUAWEI Matebook D14 14" Laptop i3 11th gen/8GB RAM/256GB SSD £349.99 delivered for members, using coupon @ Huawei£349.99 Free P&P FreeHuawei Store Deals
We have seen this price exclusively for Prime members the other day and now it is available for everyone. Compact form factor and competitive price at this level. Collect the coupon and you… 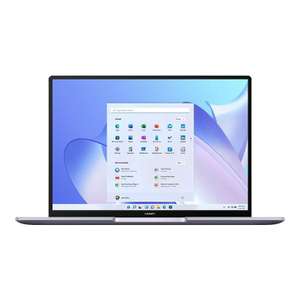 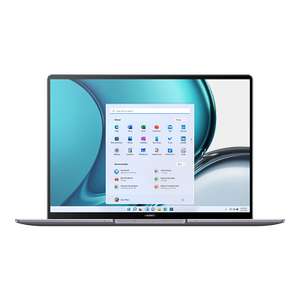 The Huawei MateBook could be a game-changer. Competing directly with Apple's MacBook, the MateBook is Huawei's flagship laptop collection, and comes in a variety of models, at a variety of price points. So should you take the plunge and choose it instead of a high-powered Apple, an affordable Lenovo, or a dependable Dell?

The MateBook has plenty going for it, and some features that genuinely set it apart. This hotukdeals buyer's guide will explain what every model has to offer, as well as where to find the best Huawei MateBook discounts and MateBook sales. But first, let's get to grips with the history of the series. 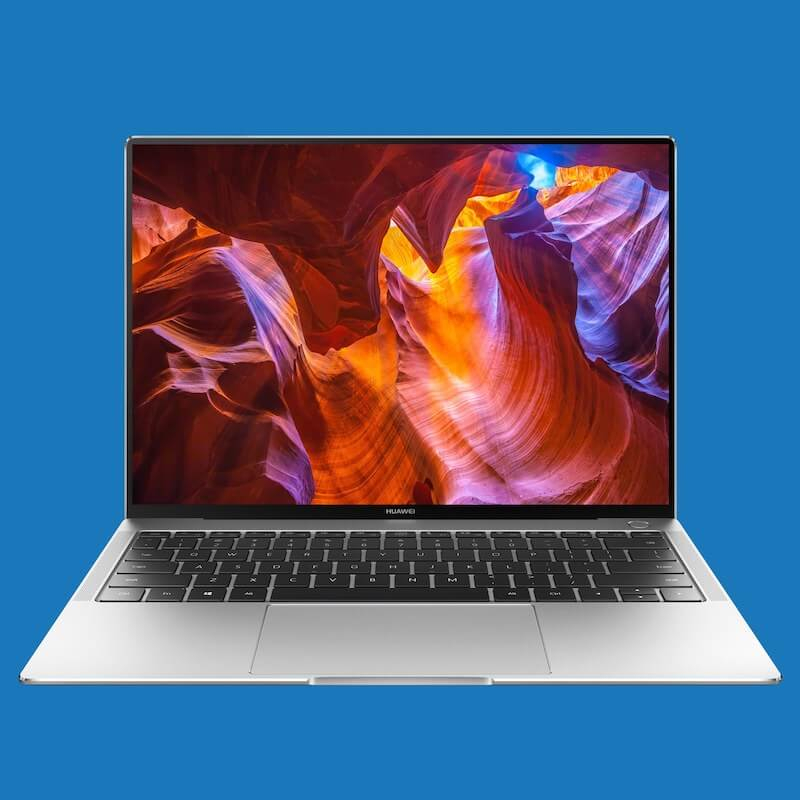 The Origins of Huawei's MateBook Series

For those who aren't familiar with the company's history, Huawei is a Chinese tech giant, that has been around in some form since 1987. From beginnings manufacturing phone switches, the company has developed a tech base and series of products. It's a real challenger for other Asian, American, and European computer makers, not to mention spearheading 5G telephone signal, and coming up with some of today's most exciting smartphones.

While Huawei phones have been produced since 2003, the company is a relative newcomer to the computers and tablets scene. In fact, the first MateBook only rolled off the production line in 2016, when Huawei took a strategic decision to compete with both high-spec Apple MacBooks, and lightweight Google Chromebooks.

Since then, a few models have entered the market, including the 13 and 14, as well as the premium MateBook X Pro. We'll have a look at them individually in a moment, but let's quickly explain the thinking behind the MateBook family, and what makes Huawei's computers different to other global brands.

What Does the MateBook Offer? The Basics

At their root, the current generation of MateBooks all seek to achieve the same goal. They are classed as “ultralight” notebooks, which are as portable as possible. Pitched at everyday computer users (not demanding professionals), they focus on high-end displays, smooth inter-connections between devices, and solid processing performance. The idea is to balance power, speed, value, and weight, to enable students, office workers, families, anyone, to achieve their own computing goals. 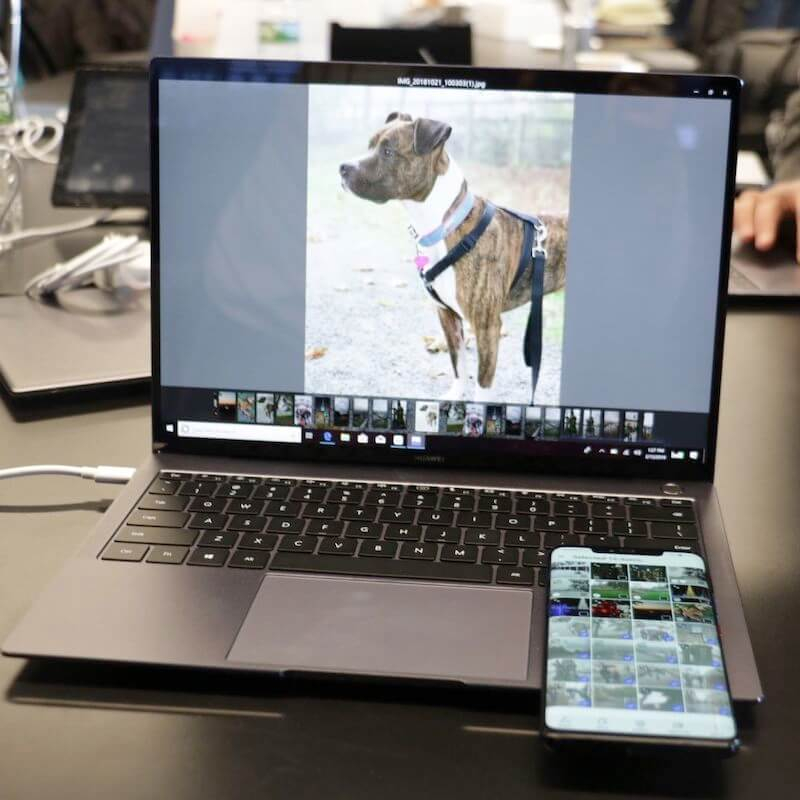 Although there have been a few different models of MateBook over the past few years, the current crop represents a significant step-change in their quality and features. This includes the MateBook 13 and 14 (released in February 2019), and the MateBook X Pro (updated with a new version in March 2019). Let's deal with them one-by-one to help you decide which model makes the most sense.

As you can probably tell, the hierarchy goes as follows: 13, 14, then X Pro. But buyers shouldn't write off the 14 if they are choosing a premium laptop. As a close reading of the series' specs will show, all of these models have admirable credentials, and on an everyday level, there won't be much to choose between them. 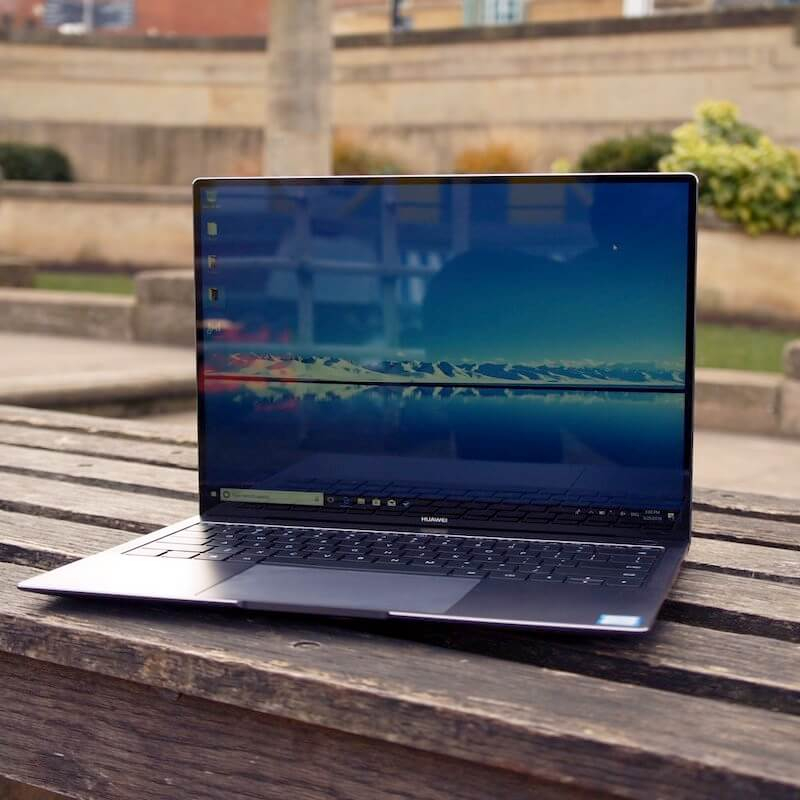 What Has the Tech Press Said About the Huawei MateBook Series?

Almost universally, the MateBook series has received acclaim from tech journalists. At least, 2019's new generation of laptops has. For instance, Tech Rad rapturously received the MateBook 13 in early 2019, praising the Intel processor and the graphics card, the stylish design of the laptop's casing, and a price that positions it well below MacBook Air competitors.

Expert Reviews ran its eye over the MateBook 14 and came to very similar conclusions. In the opinion of its reviewer, the 14's processor and display (relative to the more expensive X Pro), the lightweight form factor for a laptop of its power, and the audio heft of its Dolby Atmos speakers placed it in the higher reaches of 2019's laptop offerings. At least at the premium end of the scale.

As for the 2019 version of the X Pro, Expert Reviews called it a “cracking laptop”, noting its faster processor and extra RAM compared with 2018's version. Its Huawei MateBook X Pro review admitted that there weren't any major surprises or innovations, but the 2019 version represented a steady improvement on an already very effective lightweight laptop.

What Does the USA Huawei Ban Mean For Huawei UK?

However, there's a big qualifier to note when rating Huawei devices. In 2019, the United States “blacklisted” Huawei as a potential security threat. There's no evidence that their laptops or phones have been compromising the privacy of British users, but the blacklisting could have implications nonetheless.

For laptops, this may mean that Windows updates won't be available for Huawei users (the MateBook series uses Windows as a matter of course). Updates don't just help to keep the OS efficient and functional, they also help out with cyber-security, so missing out is a big deal for laptop users.

The situation may change, and Microsoft haven't confirmed anything, but it's something to keep in mind when choosing a MateBook.

Are MateBooks Good for Gaming?

Anyhow, let's return to one of the biggest questions MateBook buyers will have. How well-suited is the series to the needs of hardcore gamers?

All MateBook models are engineered to keep weight to a minimum, which is something that gamers will appreciate. They pump out excellent sound quality via Dolby Atmos speakers, have plenty of gaming-friendly USB connectors, and handle Bluetooth 5.0, so syncing up with gaming peripherals should be possible. The battery tends to be reasonably reliable and long-lasting (though you may find better options here), while the screen has excellent brightness and resolution. Games should look the part, there's no doubt about that.

If you are willing to spend extra for a premium laptop that caters for games and work, the MateBook X Pro is probably the right model to choose. It's sleek, very light, and equipped with the power needed to play most PC games, while the heat sink just out-performs the 14, ensuring quieter, cooler gaming. But don't count out the 13 or 14. The 14 especially has a beautiful large screen and good processing specs, and can be £400-500 less than the X Pro.

So the answer to the question is Huawei MateBook X Pro good for gaming is, yes, but it's not a specialist gaming laptop. For that, you'd be better off heading to Razer or other companies that focus on gamers. Then again, as far as mainstream premium notebooks go, the MateBook family is right up there.

When it comes to the £1,000+ laptop price bracket, every contender has to be compared with the MacBook family from Apple. There's no getting away from the reputation and quality of Apple's premium range, and Huawei are well aware of this. But does the latest selection of MateBook's knock the MacBook off its perch? Not exactly.

The only real comparison here is between the MateBook X Pro and the MacBook Pro. When the first X Pro hit the shelves in 2018, it definitely caused a stir at Apple, with its competitive specs, and much lower price point. In fact, the X Pro actually bested the MacBook Pro in many processor benchmarking tests, while features like the keyboard have been praised, while Apple's technology starts to feel a little stale.

In terms of raw specs, there's not all that much between them. RAM levels are comparable, and the MacBook is expandable to hard drive storage of 2TB. So those who need vast amounts of storage (such as videographers) may want to opt for the Apple model. On the other hand, the MacBook has a much lower tested battery life (around 8 hours compared with over 10 for the X Pro). And it weighs more as well.

When it comes to connectivity, Apple have bundled in slightly more ports, so those keen on transferring files or using peripherals may prefer a MacBook purchase. However, where processing power is concerned, Huawei has the edge. Its Whiskey Lake Intel technology outperforms the “Kirby Lake” processors used by Apple, something that will be noted by gamers, coders, and graphic designers alike.

So while the comparison doesn't produce a clear winner, it's evident that the X Pro is a contender, and actually beats the MacBook Pro in crucial areas. While some will gravitate towards the reputation of Apple, when you look at the potential for picking up a cheap Huawei MateBook, the choice may not seem quite so easy. 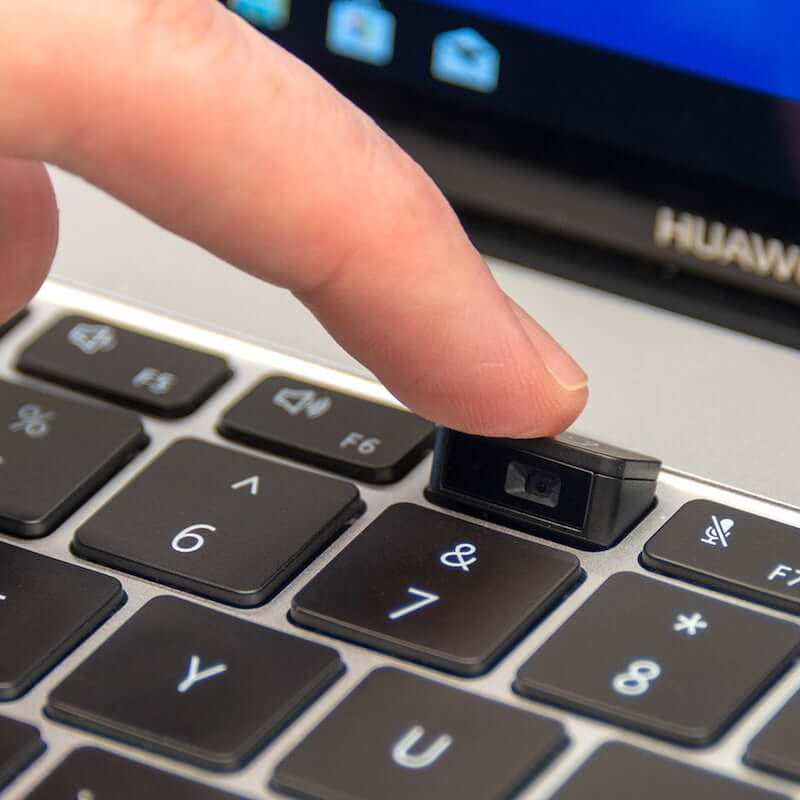 How and When to Find Cheap Huawei MateBook Deals

Huawei have entered the premium laptop market in style with its MateBook range, which matches the engineering quality and value of the Chinese brand's popular Mate family of smartphones. As we've seen, the 13, 14, and X Pro offer slightly different capabilities (and prices), but all are premium models. While they are positioned as cheaper alternatives to Apple, that doesn't make them “cheap”. And this makes it absolutely essential to find the best Huawei MateBook deals around.

When you've made up your mind which MateBook to buy, hotukdeals is the place to seal the deal. Our listings include Huawei MateBook X Pro deals from the UK's favourite computer retailers, including merchants like Overclockers, Amazon, John Lewis, ao.com, Very, eBay, and many smaller electronics sellers.

Whatever you do, don't purchase any MateBook models at the prices listed by Huawei. Those are only guide prices for retailers, and it's generally possible to reduce them by £200-300 with the right discount codes. Moreover, prices can fall even further at specific times of year. So check back for the latest discounts when Black Friday and Cyber Monday arrive in November, or during the Amazon Prime Day retail event.

By shopping smart and knowing when to buy, even premium laptops like the MateBook are well within reach. Just pick a model, search through current offers at the Huawei MateBook hotukdeals listings, and you'll soon find a way to trade your tired old computer for a cutting edge model.

Mixing up lighting fast speeds, incredibly lightweight engineering, excellent graphics manipulation abilities, seamless interconnection with mobile devices, and prices that have sent Apple into panic mode, Huawei's MateBook series is a serious contender in the premium laptops category. Find out about all of the latest discounts and find a model that's right for you at the hotukdeals Huawei MateBook listings.