Delays in the release of the long-awaited Cyberpunk 2077 only heightened the anticipation of excited gamers. This action role-playing video game from the CD Projekt stable, however, is predicted to surpass previous games from the company and rival comparable games. The action takes place in the dystopian Night City with the player taking on the role of the tough mercenary known only as V. Hacking skills, machinery and weapons are acquired and combat is frequent. Join the battle by getting the best Cyberpunk 2077 prices at hotukdeals. 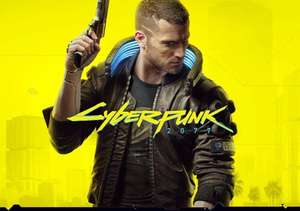 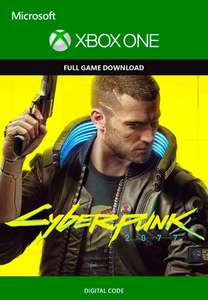 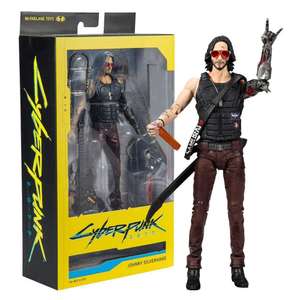 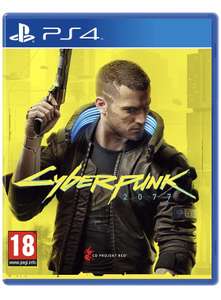 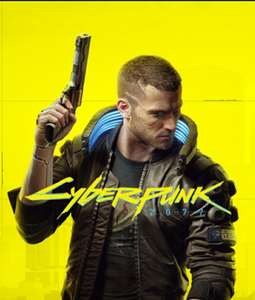 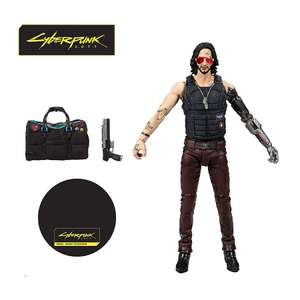 Cyberpunk 2077 is the new role-playing game from the Polish developers behind the success of The Witcher 3: Wild Hunt. Designed to work on Windows, Xbox, and the PlayStation, this action-adventure story is set in Night City, a dystopian metropolis where the citizens are obsessed with glamour, power and modifying their bodies. Take on the role of mercenary outlaw V as you set about searching for the key to immortality. As you take on this risky job, you'll be immersed in a game that sets new standards for visual complexity and depth.

Based on the successful Cyberpunk franchise created by Mike Pondsmith, Cyberpunk 2077 was first discussed as a project way in 2012. The game draws references from Blade Runner (1982) and the video game, System Shock. In 2018, Keanu Reeves agreed to take on the voice of, and lend his likeness to, the character of Johnny Silverhand (second only in importance to V). Following several teaser releases at gaming shows and a launch delayed owing to a combination of Covid-19 and technical issues, Cyberpunk 2077 went into manufacture in October 2020 ready for its December release.

The playing quality of Cyberpunk 2077 very much depends on the hardware you have. For ultra-quality graphics and ray tracing, you will need higher-grade equipment such as a good graphics card and a high-performing CPU. Here are the recommended system requirements for PC:

Features and Gameplay Aspects of Cyberpunk 2077

How to Create your Cyberpunk 2077 Avatar

This is still open to change and upgrades and, as you progress through the game, you can adjust your choices. To customise your avatar at the beginning of the game:

Accessories to enhance the Cyberpunk 2077 experience

The release of a new game is an exciting time for gamers especially if they are collectors as well. Enhance your playing experience and enjoyment with some of these accessories:

Cyberpunk launched as a single-player first-person game. It is hoped that the ability to team up and play with friends will be added as a later update. This follows a similar pattern to other games such as GTA V and Red Dead Redemption 2 which were both launched as single-players and later updated.

At its launch in December 2020, Cyberpunk 2077 was fully compatible with desktop and laptop PCs, PS4 consoles and Xbox consoles. It is playable on the PS5 but not fully supported. A full PS5 upgrade is expected sometime in 2021.

Will Cyberpunk 2077 be online?

At the moment, Cyberpunk 2077 is a single-player first-person game designed to be played on PCs or gaming consoles. An online component is planned as an add-on but this is not expected until 2022 at the earliest.

When did Cyberpunk 2077 start development?

Cyberpunk 2077 has had a long birth process. It was first announced way back in 2012 with a teaser trailer released in 2013. Several teaser trailers later and pre-production started in 2016. Its release was originally planned for April 2020 but with the problems of Covid-19, the challenges of working from home and some technical issues this was pushed back first to November and then to December 2020.

Getting the best Cyberpunk 2077 deals

Who is the Cyberpunk 2077 gaming experience for?

With its previous RPGs, CD Projekt has targeted gaming fans who loved third-person play. With its use of first-person role-play, Cyberpunk 2077 is taking a gamble. It hopes that existing fans will happily switch to a first-person RPG while at the same time it wants to acquire a brand new audience. Certainly, with its long lead-in and release delays, it has built customer anticipation and excitement (either intentionally or accidentally). The pricing of the Standard Version is within reach of most gamers' budgets but it is aimed securely at an adult audience. With its scenes of sex and violence, Cyberpunk 2077 has been given an 18+ rating. If you love games that take you into a dystopian dark world while challenging your gaming skills, then take a chance on Cyberpunk 2077.