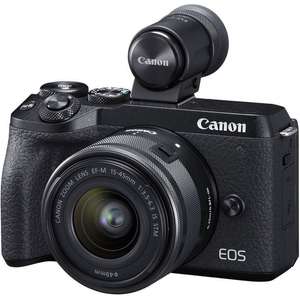 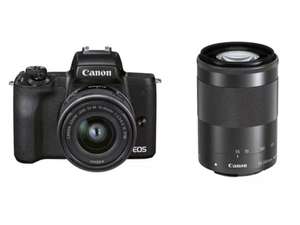 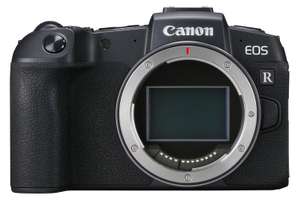 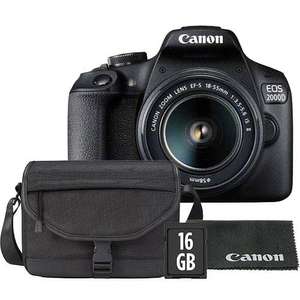 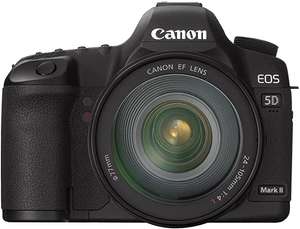 Digital Single Lens Reflex Cameras (DSLRs) are the main type of high-end digital camera available in the UK. Ranging in price from a few hundred to a few thousand pounds, DSLRs include rudimentary entry-level varieties as well as the kind of camera that caters for the pros.

This buyer's guide will introduce the way they work, the types of DSLR you will come across, and try to help buyers find exactly the right device at the ideal price. 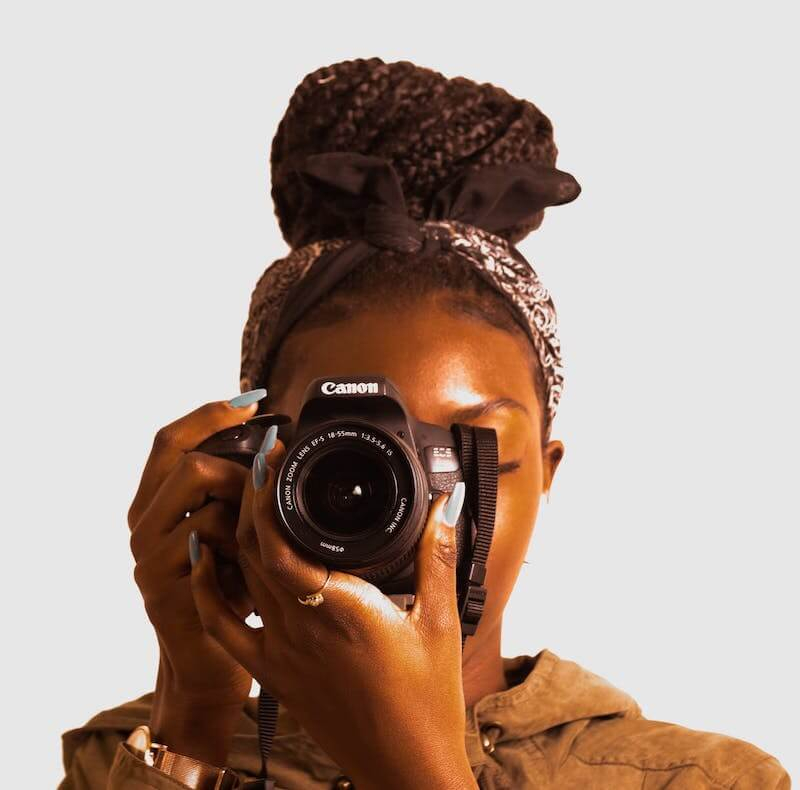 The History of DSLR Cameras

The first digital camera was invented by a Kodak scientist named Steve Sasson in 1975, but it took another decade or more for mainstream alternatives to film-based cameras to emerge. By the mid 1980s, brands like Nikon had taken Sasson's invention (which was essentially the modern digital photosensor) and started to roll out ancestors to today's DSLRs.

The Nikon SVC debuted in 1986, and customers were quick to realise the potential in the new device. But progress wasn't instantaneous. Early DSLRs had issues with storage capacity, with some requiring users to carry hard disks over their shoulder to handle the data that they produced.

However, by the 1990s, digital technology had overwhelmed film-based analogue models, thanks to their flexibility and the rising efficiency of storage technology. At the same time, their image quality gradually improved, and by the turn of the century the best DSLRs could compete comfortably with old-style analogue cameras.

How Do DSLR Cameras Work?

DSLR models have a mirror in front of the sensor. When light passes through the lens, it is also reflected via this mirror onto the viewfinder, which is what camera operators use to see what they are photographing. Usually, viewfinders and lenses have slightly different viewpoints. In an SLR camera, that's not the case, allowing snappers to take more accurate images.

The mirror doesn't stay in place all the time, though. When you decide to press the trigger, it flips upwards and away from the sensor, so that the camera can take a photograph.

The “Digital” aspect of the name refers to the way images are captured. DSLRs feature a sensor behind the aperture which is able to convert light into data, which can be viewed on computers or smartphones. 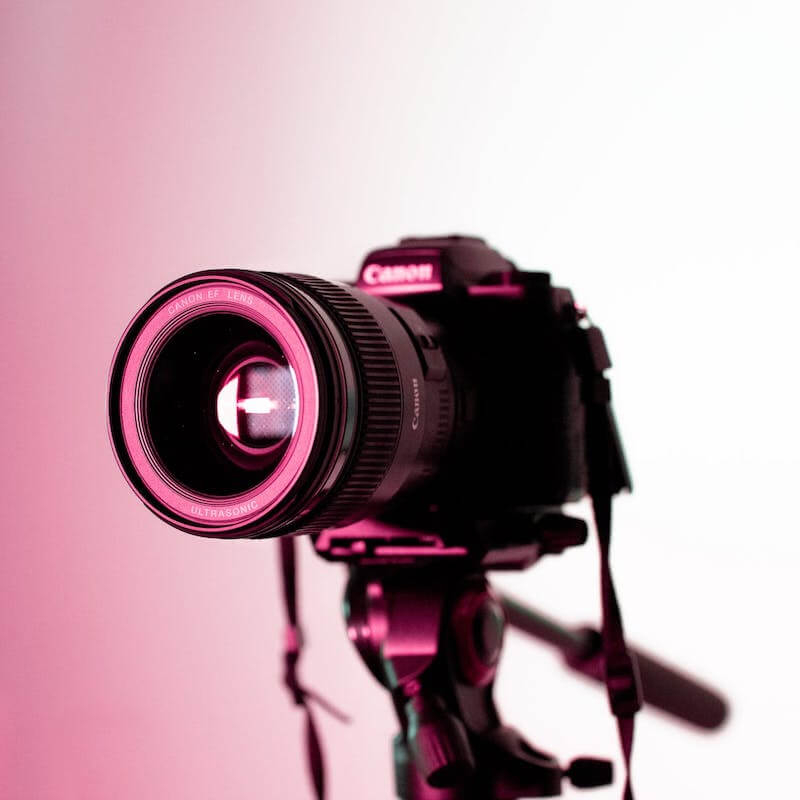 What Kind of Things are DSLRs Used For?

Why would you use a DSLR camera? Well, aside from the accuracy that they allow, they have all of the advantages of digital cameras (freedom to take photos at will, digital storage and transfer, lack of film etc.). DSLRs tend to work more quickly than standard digital models as well, so they are handy for action shots. Unlike normal digital models, they also need a physical lens, which lets you get creative with lens collections and focus arrangements.

In short, DSLRs are ideal for photographers who want something more complex and professional than a compact digital camera or their smartphone. You can do some pretty amazing things with a good DSLR – almost to the same level as old-style film-based models.

The Different Types of DSLR Available

By and large, DSLRs differ based on the way their sensors are arranged and can be divided into the following categories:

DSLR Specifications to Keep in Mind When Buying

Those are the major types of DSLR around, but the devil really lies in the details when you are choosing. So here's a quick glossary of the terms you'll encounter when searching the hotukdeals DSLR listings, and how they relate to the selection process:

The brand you go for is also of the utmost importance. That's the case with almost any sophisticated tech product, but it applies particularly to DSLRs. Why? Because when you buy a DSLR, you'll probably need to add brand-specific extras like lenses, tripods, straps, and other accessories.

When you buy a DSLR, it's best not to think that you are buying the camera alone. Brands like to say that they offer digital “systems”, and some are better than others. Canon are great at providing plenty of choice and support for their DSLRs, for example, while Sony is famous for creating great cameras, but offering relatively few add-ons.

Some brands also offer “upgrade paths” from their entry-level DSLRs to more expensive full-frame models, helping customers save money if they feel the need to upgrade. Nikon is great in this regard.

Having said that, the price of high-end DSLRs has come down, and you'll often find deals for the most feature-rich models, so the need to be part of upgrade programs has diminished. But it's still something to think about. 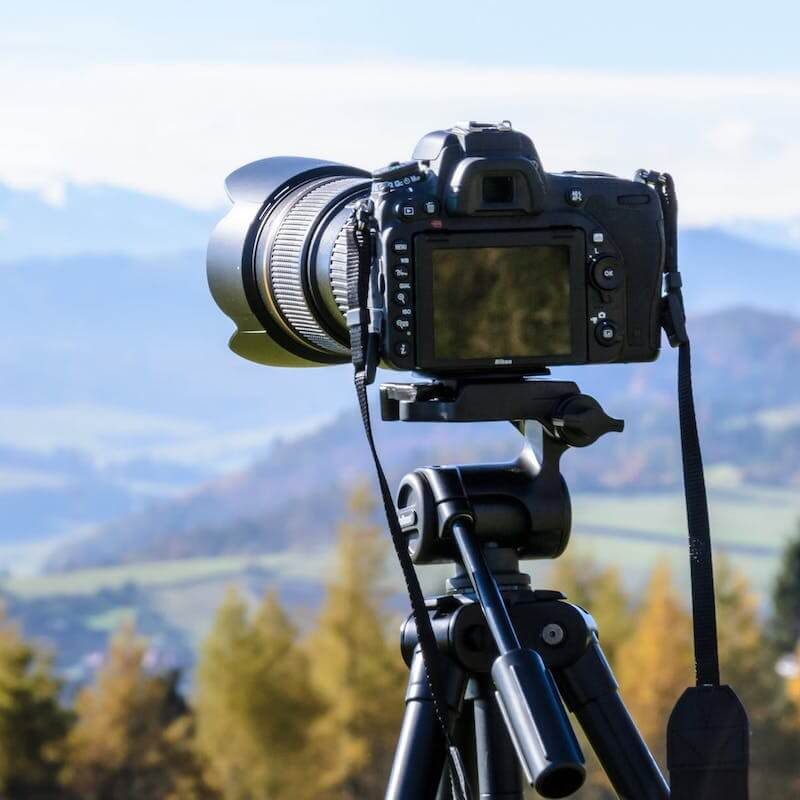 How to Choose a DSLR Camera

We've touched on a lot of the things to think about when selecting a DSLR camera. However, the way you intend to use your DSLR is also a major factor.

If you're a novice photographer, an entry-level DSLR will be ideal. These devices are designed to be simple to use, with interfaces that resemble compact digital cameras or smartphones. You can get hold of them in “kits” which feature lenses and essentials like bags and straps. Have a look at popular models like the Nikon D3400, or the Canon EOS Rebel T7i for great examples of relatively affordable and accessible entry-level DSLRs.

If you intend to shoot sporting action, you'll need a DSLR with focus detection and a rapid-fire burst rate, as well as fast memory cards and plenty of space (because when you are shooting sports, you tend to take large numbers of photos.) Something like the Nikon D850 or the Sony Alpha A6500 will be perfect.

What about people who want to take their DSLR on the road? In that case, you'll want a DSLR that takes great landscape shots and had good connectivity, as well as decent battery charge. And you probably won't be too worried about burst rates or image quality. Models like the Sony Alpha 57 can be had for under £500. However, if all you want is a travel camera, you can find far cheaper compacts around for a fraction of the cost, and they are more portable than DSLRs too. It's worth thinking hard about which type to go for.

However, if you are an expert photographer and need a high-quality full-frame DSLR, the sky's the limit. You'll know what features you require, and you'll probably already be a Nikon, Canon, Pentax or Sony fan. But what many professional photographers fail to realise is how to get the best DSLR camera deals, which we'll move onto in a moment.

DSLR vs Mirrorless: Who Wins Out?

For camera novices, there really aren’t any major reasons to opt for a mirrorless camera, so if you’re looking for a first model to get into photography, we’d recommend you stick to DSLR merely because it’s more well known. Advanced photographers or professional might get some use out of features like live depth of field preview and face/eye tracking, but these are going to be pretty useless to someone who just wants to snap some nice travel shots for their Insta or VSCO. 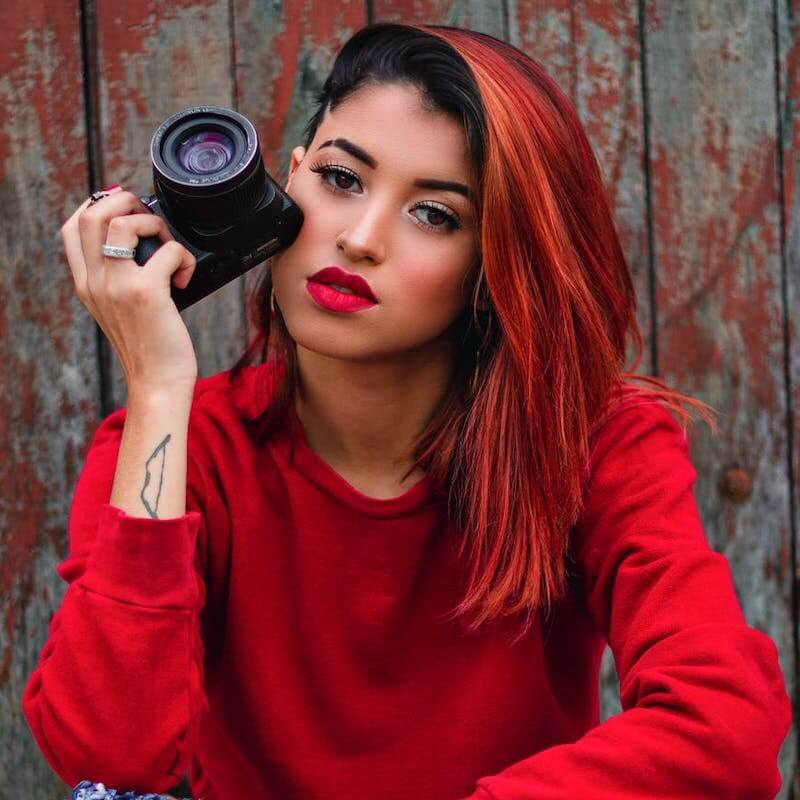 6 Essential Accessories for a DSLR Camera

DSLRs are usually used as part of kits – not on their own – and having the right portfolio of accessories can make them much more functional. Here are some essentials that can be found for less at hotukdeals:

How and When to Purchase Cheap DSLR Cameras

Good DSLRs can cost upwards of £1,000-£2,000 – a huge investment even for professionals. And with big differences in quality and reliability between a £400 DSLR and a full-frame top-of-the-class model, it's often an investment worth making. The question is how to minimise the cost of buying a DSLR that meets your requirements?

Before you go fishing for bargains, take some time to decide which brand and level of DSLR you are after. If you're just starting out or you know you'll have relatively modest needs, don't reach too far. A budget DSLR can do the job and still out-perform compacts (and will blow smartphones out of the water).

When you are sure you know what you are looking for, head over to the hotukdeals DSLR listings, where all of the current DSLR camera sales will be featured. Our listings include all of the UK's biggest brands, including favourites like Nikon, Canon and Sony. And they cover discount DSLR cameras from big retailers like Jessops, Amazon, Argos, Currys and John Lewis (as well as plenty of smaller online and High Street merchants). It's a constantly updated digest of the best DSLR camera deals UK merchants have to offer.

If your chosen model isn't currently being discounted, that doesn't mean you have to settle for something else. Deals change all the time, and any model could suddenly drop in price. For example, you'll find a burst of discount DSLR cameras when Black Friday arrives in mid-November, and deals could appear as the summer holiday season approaches too. It's just a matter of shopping around and waiting for a deal to appear that meets your needs. 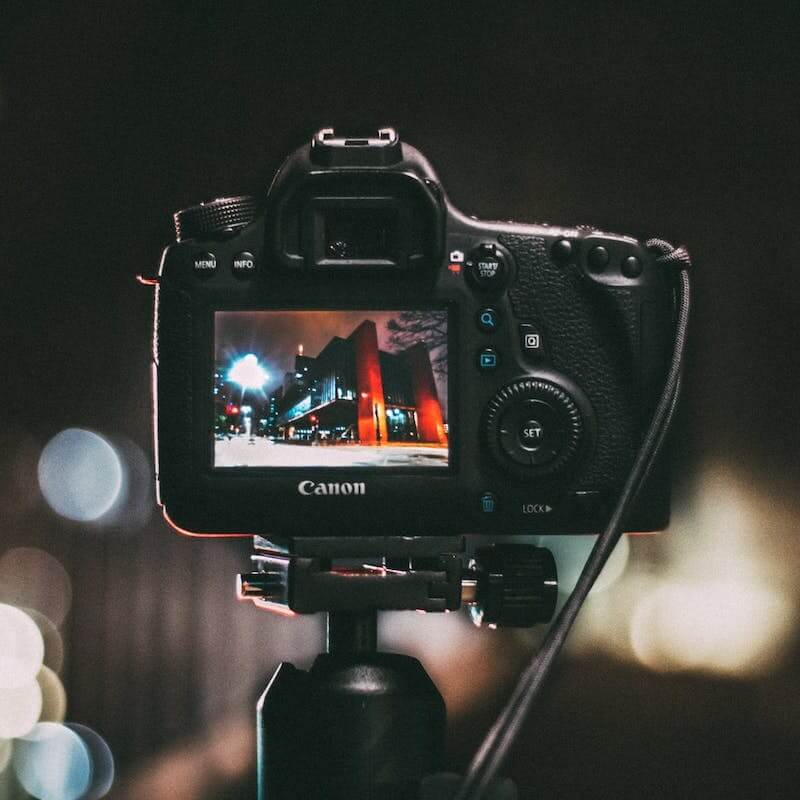 Capture Stunning Images With a New DSLR Camera from hotukdeals

DSLR cameras are currently the gold standard for digital photography, allowing everyday photographers to capture incredible nature images, memorable holiday snaps, exciting sporting moments and many more images. These advanced optical devices come in many varieties, but all of them can be found at great prices by visiting the hotukdeals DSLR camera listings.