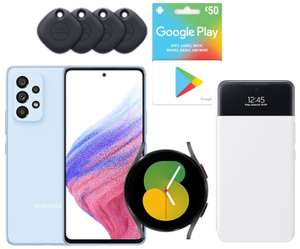 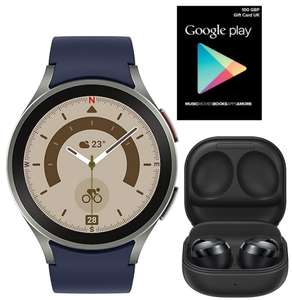 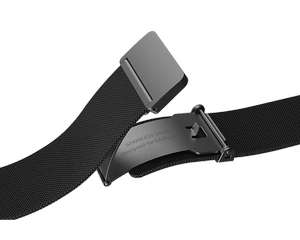 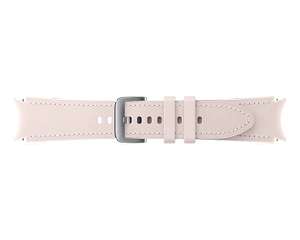 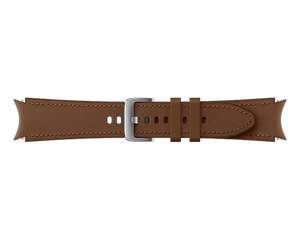 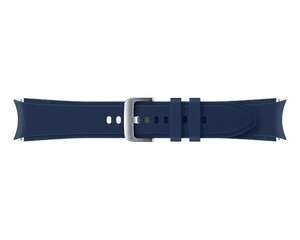 Samsung's Galaxy Watch is probably the number one competitor to the Apple Watch. A sleek, advanced range of smart watch designs, the range offers something for music fans, fitness lovers, and general users alike. Released in late 2018, the collection features a few options for buyers to consider, so we've put together a comprehensive hotukdeals buyer's guide to help you decide which Galaxy Watch makes the most sense. 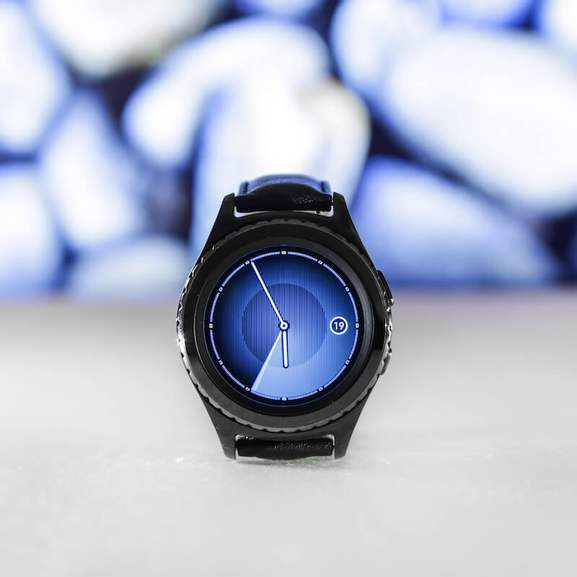 A Quick History of the Galaxy Watch

As the name suggests, the Galaxy Watch is a direct offshoot from the Samsung Galaxy family of smartphones. For those who don't know, the Galaxy is a high-end selection of phones, characterised by almost bezel-less wraparound screens, high definition visuals, and rapid processors. They tend to compete well with iPhones in the elite bracket, the expectations were high for the watch version.

The Galaxy Watch isn't actually the first time Samsung have entered the smart watch market. In 2013, the Korean company launched Samsung Gear, followed by the Gear 2 in 2014. Both were compatible with Galaxy phones via the Android OS, and featured things like selfie cameras in the strap, 4GB internal memory, and fitness tracking elements like an accelerometer. So it was a pretty advanced smart watch for the time.

However, the Gear wasn't all that successful, attracting negative feedback due to its aesthetics and slightly clumsy software design. This didn't set back Samsung for long, though, as its engineers set to work on a more effective successor. By late 2018, the first Galaxy Watch was ready to ship.

Since the Gear landed in 2013/2014, smart watches have come a long way. Apple has been joined by makers like Garmin, Fitbit, and Huawei. So any new entrants need to have something a little bit special to stand out from the crowd, and that's exactly what Samsung have to offer with the Galaxy range.

For one thing, this time around Samsung have focused on aesthetics. While the Gear was clunky, the Galaxy Watch is streamlined, elegant, and generally pleasing on the eye. It's the kind of smart watch you'll feel comfortable wearing to restaurants and bars, as well as in the gym or on commutes.

The design has been refined to make it more usable as well. Now, Samsung have adopted a rotating bezel style watch-face, making it simple to spin through the various apps, until you find what you need.

The watch has also been designed with customisation in mind. Knowing that wearable fans want to style their accessories in unique ways, Samsung have offered plenty of options to tailor each Galaxy Watch to your own personal tastes.

And, underneath all of that, the watch has been well received by technical experts, for its reliable components, speed, and connectivity. It basically delivers what you'd expect from a member of the Galaxy family. 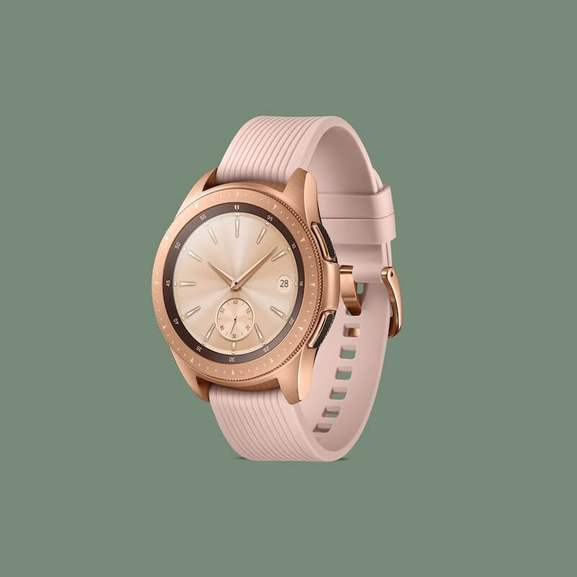 That's just an overview of what the Galaxy Smart Watch has to offer, but a more complete list of features should help put this new device into context, so here goes: 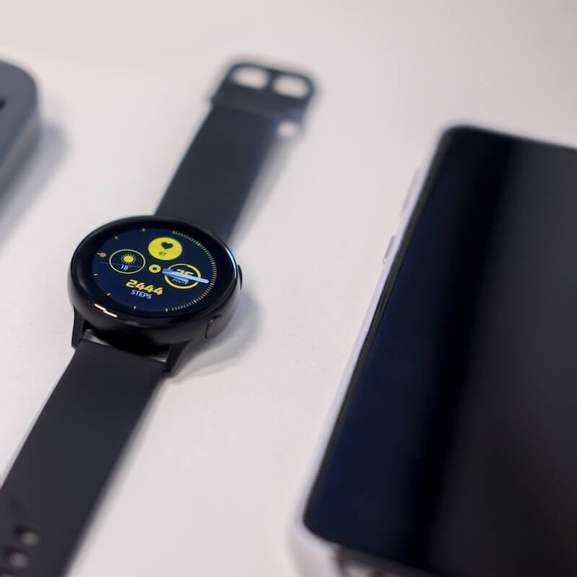 The last time Samsung released a smart watch, reviewers were surprisingly harsh. Even though the Gear collection had its flaws, the press were pretty remorseless in comparing it to the competition. However, this doesn't look like it will happen to the Galaxy Watch.

Instead, the Galaxy Watch collection has largely received a rapturous reception from the tech press. For instance, Tech Radar assessed every feature of the watch and, for Samsung phone owners, the Galaxy Watch was “the best smartwatch to pair it with.” The reviewer did note that the Apple Watch line is smaller, but the functionality of the Galaxy Watch more than made up for the additional size.

Very few reviewers have disagreed with that assessment. Tech Advisor gave the watch 8/10, crowning it Samsung's best smart watch yet. Tom's Guide urged customers to “get it for the battery life” while praising the aesthetic improvements Samsung had made. And Expert Reviews responded just as positively, enthusing over the quality of the display, the battery, and the accuracy of the fitness features. As far as the tech press is concerned, Samsung have gone way beyond their previous efforts, and come up with something that genuinely competes with Apple – at last.

Things to Think About when Choosing a Galaxy Watch: 42mm or 46mm, Rose Gold or Silver?

Before we lay out the various models of Galaxy Watch, it probably helps to consider a few key considerations that might sway your decision. So here are some choices that buyers will need to weigh up. 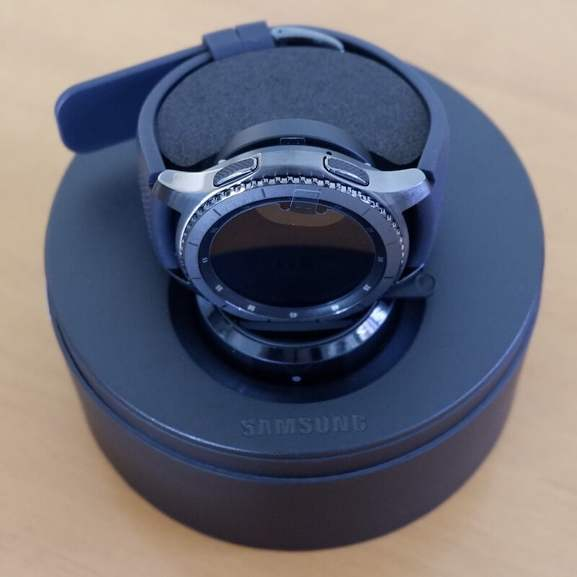 If you're really keen to get the most advanced smart watch around, specifications are all-important, so here's a quick fact sheet with the data for the Galaxy Watch family:

As you can see, there are some difference between the two sizes, and a major memory gap between the Bluetooth and LTE versions. However, the actual performance of the watch won't differ greatly.

We've talked a little about the various sizes and colours available, but it still might not be clear exactly which models of Galaxy Watch are available, so let's set out the major buying options.

What About the Samsung Galaxy Watch Active?

So far, we've talked exclusively about the standard Galaxy Watch. However, this isn't the only version on the market. Since their release in late 2018, the standard models have been joined by the Galaxy Watch Active, and it definitely deserves its own treatment.

Very different to the other models, the Active is a specialist fitness watch, with a distinctive design and set of specifications:

This means that the Active is smaller, lighter, and generally more suited to runners or cyclists. It feels less invasive when working out, but packs in the same high-spec fitness features we've described already. Whether you want fitness plans for rowing, a foolproof way to track your calorie expenditure, heart rate monitoring, or sleep analysis, the Active will be a handy tool.

The Active doesn't come with an LTE model, but performance-wise it comes very close to its larger cousins, so it's not a washout when it comes to working or general usage. It's also usually quite a bit cheaper than the standard Galaxy Watch. So it's well worth considering. 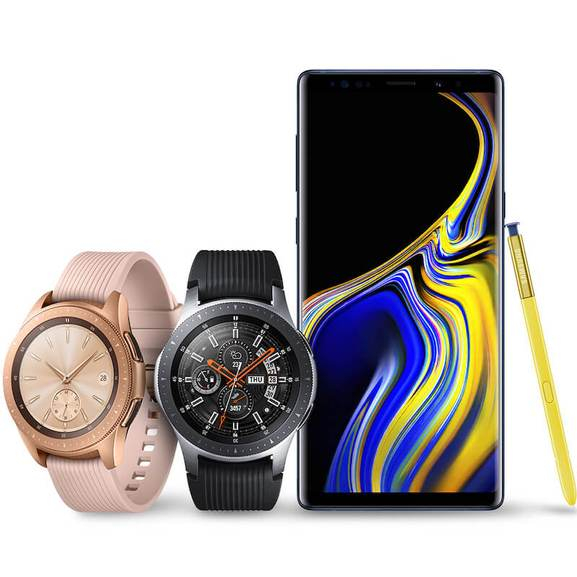 This might sound like a strange question, as Samsung devices have never been well-known for their inter-operability with Apple counterparts. However, the Galaxy Watch does have some iPhone compatibility, so it may well appeal to Apple fans.

However. The degree of compatibility is pretty limited, especially when compared to the seamless connection between Galaxy watches and Galaxy phones. For instance, while you can receive message notifications on your Galaxy Watch, you can't respond to messages sent to your iPhone. Transferring music files is tricky, email notifications are problematic, and you can't easily send photos taken on your watch to your iPhone. So it's probably not the best option for Apple users.

Is the Galaxy Watch collection waterproof?

Samsung report that the Galaxy Watch has passed “military grade” water resistance testing, ensuring protection to an impressive 50 metres. So using it in the rain, or dropping it into the basin shouldn't be fatal. That's reassuring.

This is a step up from the Apple Watch, which is defined as “water resistant but not water proof”. Even the most recent versions are slightly less durable than Samsung's designs, so if you expect to give your watch a soaking every now and then, the Korean manufacturer is the one to choose.

When you purchase a Samsung Galaxy Watch, why stop at the watch itself? There are some killer accessories to use alongside it, and buying the watch and add-ons at the sane time can be a major money saver. Here are some ideas to look for:

How and When to Purchase a Galaxy Watch

Samsung's Galaxy Watch range offers a seductive blend of high-end devices for work and play, alongside cutting edge fitness watches for serious sports fans. However, as with most Samsung devices, the price of Galaxy Watches tends to exceed budget manufacturers by some distance, so saving money is absolutely essential.

When you come to buy, be aware that the Active watch is cheaper than the standard versions, while delivering substantially the same level of performance. So if you want the lowest prices, factor that into your searches.

More importantly, be sure to browse the most recent deals for watches and add-ons. At hotukdeals, we offer a constantly updated stream of savings, featuring the UK's biggest smart watch merchants. You'll find Galaxy Watch deals from retailers like Amazon, Currys PC World, eBay, Argos, Virgin Media, and Carphone Warehouse. So check back regularly and you're sure to find a code or money-off promotion that works for you.

Shopping at the right time can also make a difference. Tech products like the Galaxy Watch tend to fall in price around Black Friday and Cyber Monday in November, as well as the New Year sales, and one-off events like Amazon Prime. They also tend to become cheaper as they age, which is why Samsung Gear watches are often much more affordable than their Galaxy alternatives.

Above all, shop around, check out your options, compare Apple and Samsung prices, and find the model you want at a price you can afford. With so many discounts around, you should be able to smarten up your watch collection at the hotukdeals Galaxy Watch listings.

Offering everything from sophisticated health monitoring to preset fitness plans, Spotify playback, and the ability to take messages and calls, the Galaxy Watch family is right up there with any Apple or Fitbit models. Anyone who wants to level up their wristwatch will find the lowest possible prices at the hotukdeals Galaxy Watch listings.