With sophisticated fitness trackers, in-depth organisers and the ability to hook up with Apple Music and Apple Pay, it's easy to see why the Apple Watch is the number one smartphone brand. Be it older models like the Series 4, or the newer Series 5, anyone who wants to upgrade their watch can find it for less by checking out the hotukdeals Apple Watch listings. 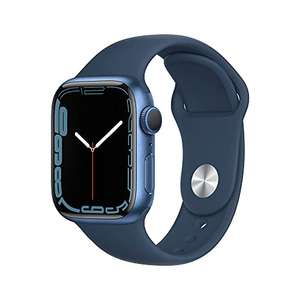 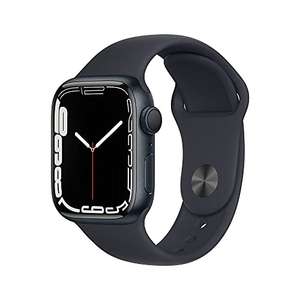 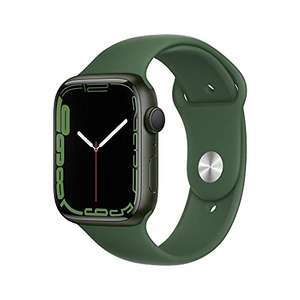 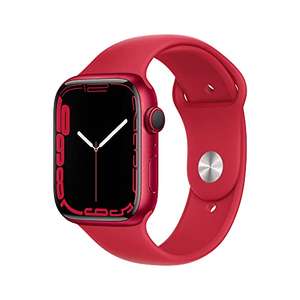 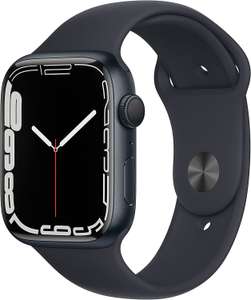 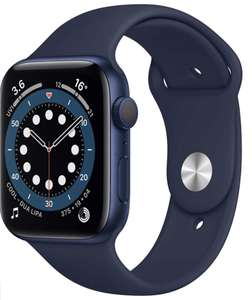 It's Time to Find Unbeatable Apple Watch Deals at hotukdeals!

With global sales of 31 million units every year, the Apple Watch is now officially bigger than the Swiss watch industry, and has found a place on the wrists of tech-savvy gadget fans on every continent. Mixing up fitness features, ways to socialise, and aesthetics that make it a worthy addition to professional outfits, the Apple Watch seems to have something for everyone. Every year since 2015, Apple has released a new version, and we've now reached the 5th generation. Even so, the Apple Watch 3 and Series 4 remain relevant and useful, so which one should you choose? Let's investigate.

Before you make a purchase or do anything else, it's worth assessing whether any of the Apple Watch models under discussion here are worth the money. Overall, the answer would have to be “yes, if you have the money spare”, as from the Series 3 to the Series 5, each model has attracted very favourable reviews from the industry press. From Expert Reviews calling the Series 3 “one of the best smartwatches money can buy”, to Tech Radar praising the “big upgrade” and health features of the Watch 4, each version delivers something extra. And the older models have remained worth using, even as more powerful options appear, but the 5 is the most up-to-date version out there.

Currently, buyers can choose from the Apple Watch Series 3, 4, or 5, and each model has its own unique features and selling points that are worth knowing about. You can see little refinements here, along with a few serious leaps. And if you're used to the Watch 4, you'll almost certainly notice the difference when you strap on a Watch 5. But, as we said earlier, even the Watch 3 is a powerful, well-designed device that has years of use left in it. A quick look at the various specs will show that each model is still relevant and worth exploring.

So here's a quick summary of the features to get you started:

The Watch 5 wins in every department, with more storage space, a faster CPU, and better compatibility, but the 3 and 4 have a lot to offer.

The Watch 5 adds a few new features that aren't present in the Watch 4, like the edge to edge always-on display, and the ECG monitor, which adds a neat new dimension to cardio health. It's much faster than the Watch 4 (twice as quick according to Apple), so is generally better adapted to run today's apps, and deal with higher bandwidth tasks, and it should be slicker – whether you're taking calls, logging miles, or tracking your pulse rate. Looks-wise, the edgeless display is a step forward, but a minor point for most buyers. And, when you look closely, even the new features aren't that revolutionary.

The Watch 4 may be slower and less powerful than the 5, but it delivers very similar fitness features and is just as useful for connecting with friends. The 3 may feel a little out of date if you are using an up to date iPhone, but if not, it will do just fine as well.

So, which Apple Watch is the best? If you're a tech junkie with a yearning for the latest products, obviously the Series 5 is superior. That's uncontroversial . But if you are willing to sacrifice a few marquee features and aren't too worried about super fast performance, the 4 or even the 3 will do almost as well, and may be much cheaper to purchase.

The Apple Watch: Pros and Cons

These pros and cons apply to the Apple Watch 5, but also basically work for the 3 and 4 as well. Since 2017, Apple has come up with a trio of smart watches that manage to combine the kind of exercise-related tools we've come to expect from "fitness tracker" brands like FitBit, with the professional performance and connectivity Apple fans know and love from their iPhones. All sync up seamlessly with iOS devices, helping owners stay in touch, while looking the part when they aren't in use. But as we'll see, there are a few features here and there which set the various models apart. Broadly speaking, the Watch 5 is superior (as you'd expect from the latest generation), but don't discount earlier models. Compared to many other brands, they have a lot going for them, and can be significantly cheaper than up to date versions. Here are the Pros and Cons for the Apple Watch 5:

Expensive for a Wearable
Average Battery Life
No Genuine Sleep Tracking
Cannot Use with Android Devices
Always-On Display Too Bright, Especially at Night

How to Connect to Apple Watch from Your iPhone

Pairing an iPhone and any Apple Watch should be simple, and takes no more than a few seconds. Follow these simple steps:

Accessories are almost as important as the smart watch itself, allowing buyers to keep their Apple Watch in peak condition, guarding against scratches and scuffs, providing an insurance policy should your charge break or become lost, and, most importantly, letting you be flexible about the style you choose. You'll find a huge range of straps at hotukdeals, with all sorts of patterns, materials, and colours, including professional and fitness bands. So you can have a strap for work, one for play, and another for the gym. Take a look at some of the other accessories below:

The Apple Watch: A Quick FAQ

Yes, all of the Apple Watches under discussion here are rated as waterproof to 50m.

How do Apple Watches charge?

If you want to know how Apple Watch charge systems work, it's simple. They use specialist chargers to link with mains electricity, and can also charge via USB cables if needed.

Yes and no. While the Watch 5 hasn't been provided with a specialist sleep tracker, it has the ability to monitor your heart rate at night. But it's not a core feature.

No, as usual with Apple, all Apple Watch models will only function fully with Apple devices such as iPads and iPhones.

Does the Apple Watch track steps?

Yes, all versions are equipped with tools to track steps taken (or miles cycled, or even swum).

Does the Apple Watch have a camera?

No, although it was rumoured to possess one, the Apple Watch 5 was not launched with a camera included.

Does the Apple Watch have GPS?

Yes, all versions of the Apple Watch since the Series 3 have included GPS as part of the package

Does the Apple Watch play music?

Yes it does, and its little speakers are capable of some impressive audio performance (especially since the Series 4 beefed up the woofers).

How can I find my Apple Watch?

If you have an iPhone, just use the “Find My” app, and you should see the location of your Watch listed on the map.

Can I use my Apple Watch without an iPhone?

Yes. As noted above, the Apple Watch is solely designed for use with Apple devices, but that doesn't mean it can't be used as a stand-alone smart watch.

How do I reset an Apple Watch?

Simple. Press and hold the digital crown and the side button on your Apple Watch for approximately 10 seconds until the Apple logo appears.

How do I unpair an Apple Watch?

Use the Apple Watch app on your phone, tap the info button and then choose “unpair Apple Watch”. It's that easy.

How to Find the Cheapest Apple Watch Around

Since their introduction in 2015, Apple Watches have become almost as iconic as the iPhone, taking a prominent place at yoga classes, track meets, business meetings, and coffee shops across the world. It's easy to see why. With their sleek looks, intuitive interface, silky smooth pairing with Apple phones, and extensive on-boar features, Apple Watches go way, way beyond what watch owners would have thought possible a few years ago.

There's only one problem with Apple Watches: their cost. Apple isn't a bargain brand, and finding a cheap Apple Watch is not always easy. The Watch Series 5 weighed in at the top of its category, with a hefty price tag. It may be a heavyweight in terms of features (as we've seen), but this price tag makes it tough for many people to justify.

However, don't give up. There may well be ways to afford an Apple Watch, even the most recent variety.

The first thing to think about is whether you need the Series 5, or you'd be happy with a Watch 3 or 4. We've run through their features already, and it's clear that the 3 and 4 have something to offer fitness fans and general wearers, even if they aren't as advanced as the Series 5. Moreover, you can pick them up for much less than a new Series 5, putting them within reach of the masses.

Additionally, it could be worth thinking about a refurbished Apple Watch. Apple itself runs a popular second-hand portal, which features Series 3 and 4 models in large numbers, with all varieties and band types. Expect high quality from the Apple Store site, and exercise caution when buying second hand elsewhere.

If your heart is set on the Watch 5, then saving money via deals is the only option. Luckily, hotukdeals has the answer. Our listings feature up to date deals from all of the UK's most popular Apple Watch retailers (and a few more that you may never have heard of). You'll find deals from John Lewis, Apple, Amazon, Very, Argos, Currys PC World, the BT Shop, and eBay – all offering reductions in listed prices. There may well be bundle deals with extra straps and accessories (and there are sure to be plenty of discounted straps to accessorise your Watch if need be).

Moreover, the hotukdeals listings are a honeypot of incredible discounts at certain times of year. For instance, buyers can make massive savings around Black Friday in November, mid-summer's Amazon Prime Day, or the New Year sales. And expect discounts as September approaches, and Apple inevitably readies a new model. But whenever you need to buy a new Apple Watch, hotukdeals is the place to look.

The Apple Watch Series 5 landed in late 2019, wowing Apple fans with its revamped display, new fitness features, and super-fast CPU. In the process, it took its place alongside the Watch 3 and 4 – completing a trio of premium wearables with high-end communication and fitness tools. If you feel the need to enhance your timekeeping and max out your tech options, check out the Apple Watch offers at hotukdeals. There's no better way to save money on the latest devices.