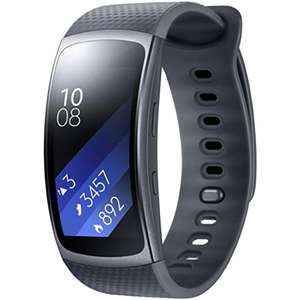 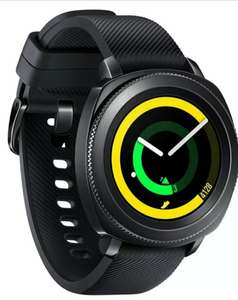 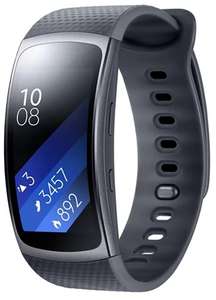 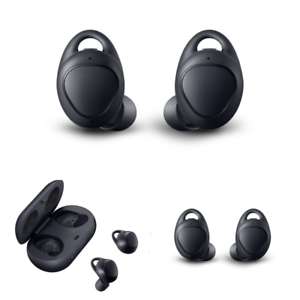 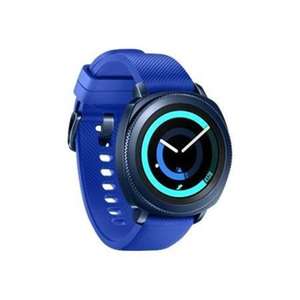 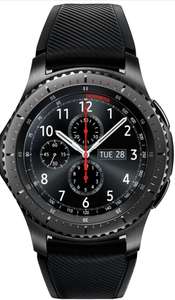 This hotukdeals guide will take you through the main Samsung Gear products, as well as the best way to find the best Samsung watch deals. 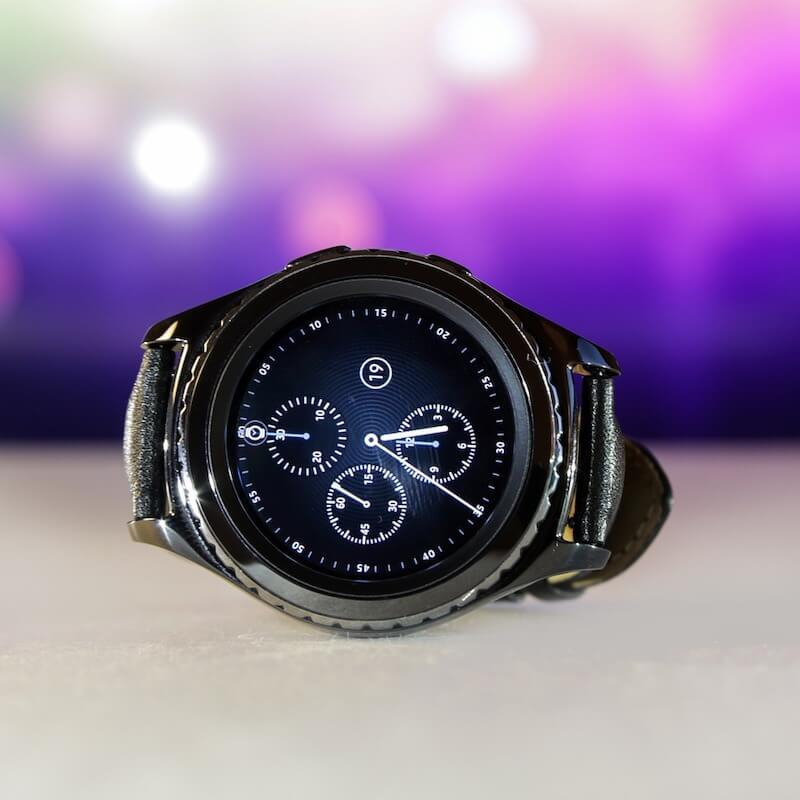 The development of the Samsung Gear range

Since its founding in Korea in 1969, Samsung has been at the forefront of electronics development and technology including, mobile phones and smartwatches. The first smartwatch released by Samsung in 2013 was the Galaxy Gear. Since then, the Gear range has grown to include virtual reality, new smartwatches, fitness bands and earbuds. 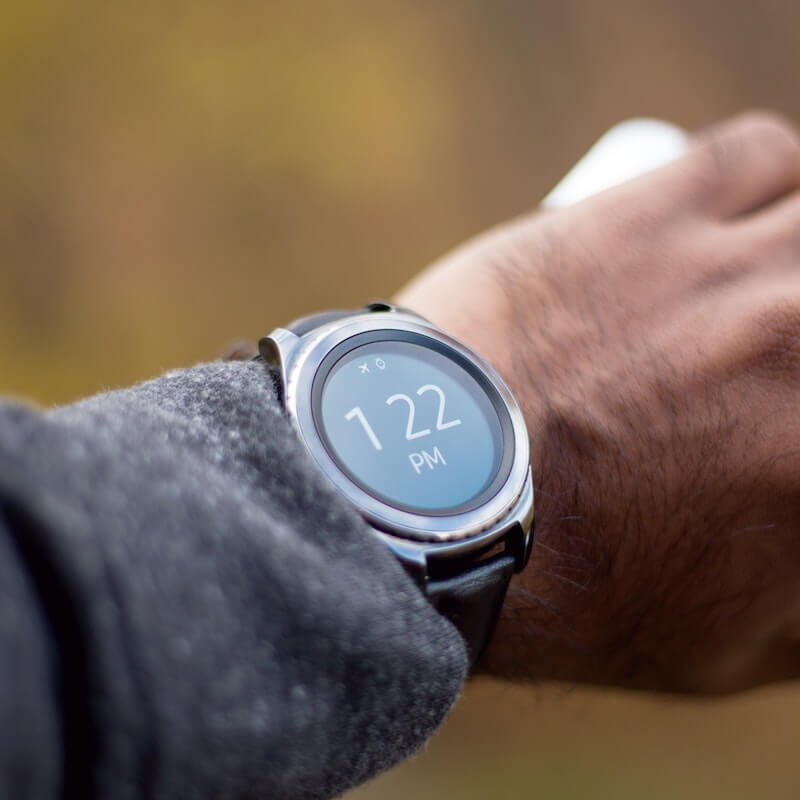 The Technical Functions of the Samsung Gear Product Group

The Samsung Gear Fit 2 Pro acts like a personal trainer who is available to you 24-hours a day. With 5ATM water resistance, it can even help you train in the pool while accurate GPS tracking makes every step count. Other features of the Gear Fit 2 and the Fit 2 Pro include:

The Samsung Gear S3, with the looks of a watch and the design of a classic timepiece, delivers style and function in one wearable piece. Choose Samsung straps in a range of colours and patterns or fit your S3 to any standard 22mm watch strap. Turn the bezel to answer calls, read messages or link to apps of your choice. There are two Gear S3 designs, the Frontier and the soon to be available Classic. Features include:

The Samsung Gear Sport, with its modern, sporty design and tracking abilities, is a stylish way to meet your personal goals. Set objectives on your phone with the Samsung Health app and use your Gear Sport to track your progress at a glance throughout the day. Gear Sport specs include:

With The IconX Earbuds', comfortable ergonomic design, you have the lightest fitness coach ever. Auto tracking detects whether you're walking or jogging, measuring your stats as you go while a stable audio quality keeps you motivated and entertained with your playlist choices. When you've finished, sync with the Samsung Health app on your phone for an instant update on your progress. Earbuds features include:

The Samsung Gear 360 VR collection is designed to work seamlessly with your Samsung smartphone. Share your world as you live it, whether you're on the ski slopes or at a concert, by streaming what's going on live to your friends and family. Push your virtual gaming limits, knowing you have total control with just a touch of the controller before relaxing in an immersive world of 360 ° films and experiences. Just pop your smartphone into the headset, and you're good to go. The Samsung Gear 360 VR has:

How do I know which Samsung Gear product is right for me?

With the wide choice of excellent products in the Samsung Gear range, how do you know which one is the right choice for you? Do you want a stylish timepiece with a classic look or something sleek and functional dedicated to your daily fitness regime? Will your watch be a fashion accessory in the office or purely worn with your sporting gear? Spending a few minutes thinking about these questions will help you decide which Samsung watch is best for your lifestyle.

The Gear Sport delivers on the fitness front with its neat size and waterproofing while fashion is covered with a choice of watch bands.

And, if you're asking 'Can you use a Samsung watch without a phone? Then the answer is yes. Your Samsung gear smartwatches sync with your smartphone even when your phone is at home. With long battery life and wireless charging, it works for a life on the move. And, as an added bonus, it comes with Samsung Pay and Samsung Connect capabilities to help you manage your daily life.

The Gear Fit 2 Pro sells itself on the brightness of the curved AMOLED screen, ideal for early morning and late evening exercise sessions but the biggest selling point must be the 5 ATM waterproofing. So, if you spend a lot of time in and on the water, then this is the Samsung choice for you.

If aerodynamics and travelling light are essential in your training schedule, then the discreet and lightweight Samsung Gear IconX(2018) certainly meets these requirements. The earbuds are so lightweight you'll hardly know you're wearing them while a choice of three colours provides coordination with your training gear. Tiny as they are, the earbuds have enough memory for 1000 songs - perfect for those long-distance training sessions.

If you're fashion conscious about what you wear on your wrist, yet still want a range of fitness tracking capabilities then the Gear S3 should be your choice. The Gear S3 has all the aesthetics of a premium watch with a choice of 22 straps in different colours and textures. Changing the wrist bands is quick and easy, letting your Samsung smartwatch take you seamlessly from your desk to the gym and on to dinner.

If your focus is more on entertaining yourself and others than the Samsung Gear 360 does just that. Take it to gigs or sporting events, and you can share the excitement instantly with friends and family while creating a permanent memory. Or, settle in at home for an entertainment marathon of thrills and spills, films and experiences.

Pros and Cons of the Samsung Gear range

When and Where Can I Buy Cheap Samsung Watches?

Samsung Gear products can be bought online (and in some cases in-store) from Samsung UK, Currys PC World, Argos and Amazon UK among others.

You can also keep up to date with the latest Samsung watch deals by visiting the Samsung Gear merchant's page at hotukdeals regularly.

The Samsung Gear range offers smartwatches, fitness trackers, and earbuds that feature sophisticated health monitoring, Spotify playback, and the ability to take messages and calls. Shoppers who want to upgrade to any Samsung Gear products should check out the hotukdeals' listings to find all the best Samsung Gear deals and Samsung discounts.