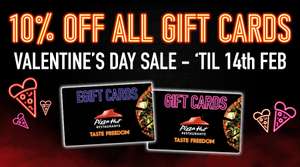 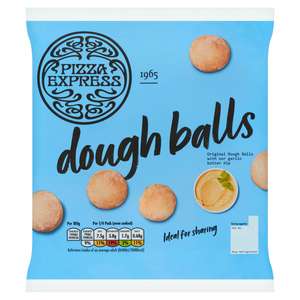 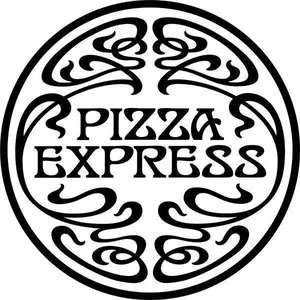 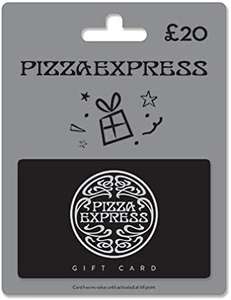 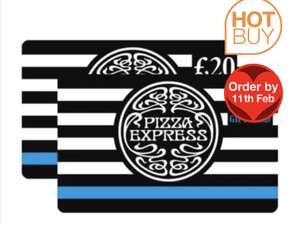 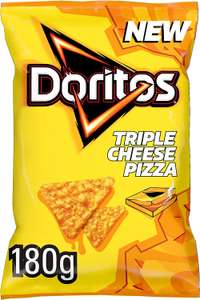 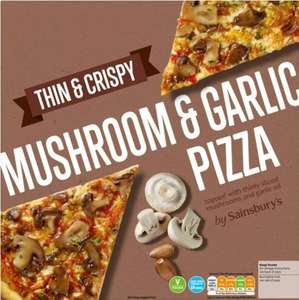 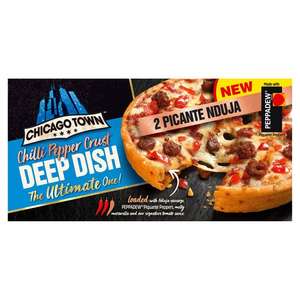 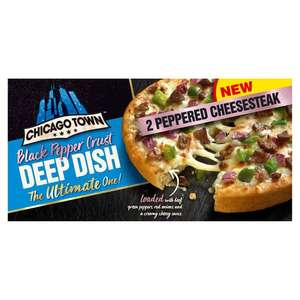 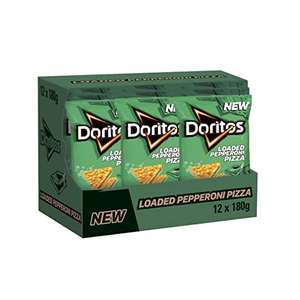 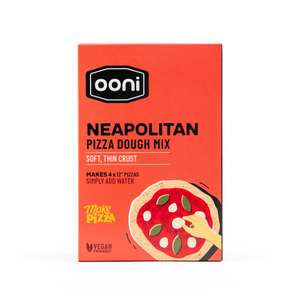 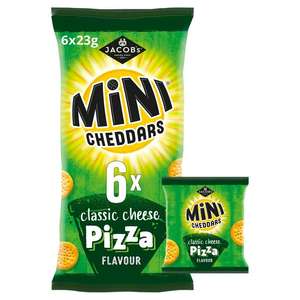 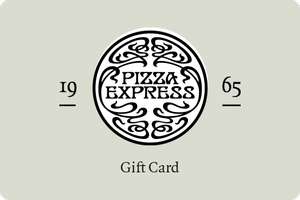 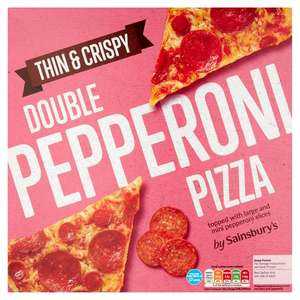 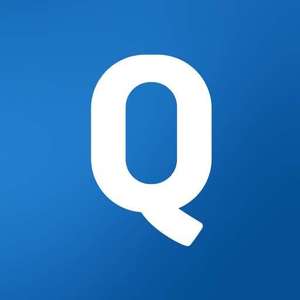 362° Expired
Posted 27th JanPosted 27th Jan
£10 Bonus Cashback when you spend £25 or more with Domino's (Limited to 1,000 Opt Ins) @ Quidco£25Quidco Deals
All information detailing how to receive this Bonus forms part of these terms and conditions. It is a condition of participation that all rules are accepted as final and that the participant… 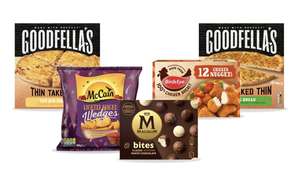 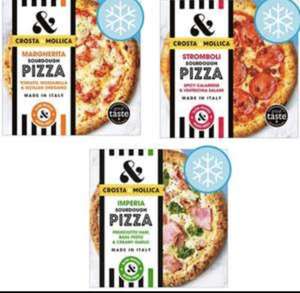 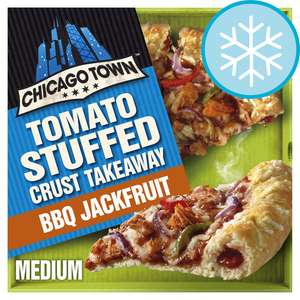 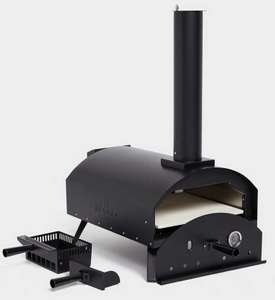 Sign up to Daily Picks (our in-app replacement to WhatsApp deal alerts!)
113

Delivery, Takeaway or Dining in, Pizza is Always Good Food

Pizza couldn't be simpler. It's just baked dough with a topping of tomato sauce and mozzarella with a few toppings added as well. Well, that's the basis. But as any pizza expert will tell you, the truth is a whole lot more complex. This buyer's guide will help you tell a sourdough from a calzone and Quattro Stagione from Quattro Formaggi – all with the aim of helping you find the cheapest and most delicious pizzas around. 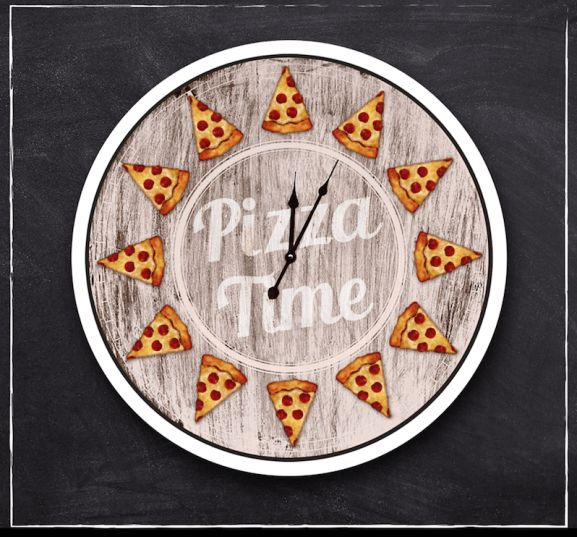 Pizza: From Italy Across the World

Pizza has rapidly become a global obsession but it all started out in 18th century Naples. We don't know who or why, but Neapolitan bakers started to create flatbreads topped with tomatoes, garlic and cheese, cooking and selling them from open air stalls.

In the 19th century, pizza moved across the Atlantic to the United States, where it became big business. Now, some of our favourite pizza types started to emerge – with bases piled high with meat, deep pan Chicago-style pizzas and seafood feasts. As the Americans became pizza mad, massive companies sprang up to mass produce the food they loved. Pizza Hut, Domino's and Papa John's started to expand worldwide, reaching the UK in the 1970s. Since then, we've also caught the pizza bug, finding out how addictive the simple combination of bread, tomato and cheese can be.

How is Pizza Made?

Naturally every restaurant and chef has their own spin on the pizza making method, but here's how most pizzas are produced.

First off, you need to make the dough. This tends to be made with a mixture of wheat flour, salt, olive oil and activated yeast, although gluten free flours can also be used and sourdough culture is also often added.

The dough is then kneaded for 5-10 minutes (sometimes more), adding a little flour with every knead. When that's done, the dough can be left to stand for hours. Often pizza restaurants will make up the dough they think they need early in the morning, so that it's ready for when customers start streaming in.

Getting the oven to the right heat is the next part. Temperatures vary depending on toppings and what style of pizza is being made, and some places use wood fired ovens instead of more modern gas or electric ovens.

After that, dough balls are rolled out into rounds, covered in sauce and sprinkled with toppings. Then they can be cooked in wood kilns using large pizza “paddles”, which are often made from cast iron. Or, you can pass them through conveyor belts, which ensure that every pizza has the same cooking time.

There's quite a bit of variation in the process. That's why visiting different pizza restaurants is so exciting. No recipe is quite the same, and with plenty of experimental pizza chefs operating all over the UK, it's fun to be discovering the differences.

Pizza comes in quite a few different forms, some of which diners in the UK are only just getting to know. Here are the basic templates that pizza-making maestros then top with fresh ingredients to make their masterpieces:

A Quick Look at Some of the Main Pizza Varieties

We've looked at a few basic templates for how to make pizza, but that's only half the story. It's often what you put on top that makes all the difference. With that in mind, here are some of the most popular toppings to pick from:

What are the UK's Biggest Pizza Restaurants?

So, now that we've looked at the varieties of pizzas and the toppings on offer, where can you actually order them? The UK has an incredible pizza scene with new artisan places opening all the time, but there are some mainstays that dominate the market:

Those are just a few of the largest pizza restaurants or takeaway providers in the UK. Naturally they aren't the only ones. Every city will have artisan pizzerias serving wood-fired, gluten-free or sourdough pizzas, so search around to find somewhere near you. However, if you want good pizza at an affordable price, the major chains tend to offer more discounts, and you can find them at HotUKDeals. 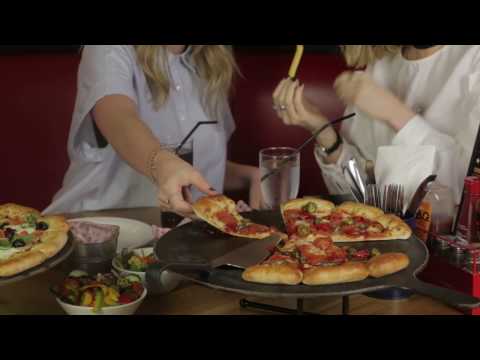 How to Find Cheap Pizza Delivery Options Near You

If you can't resist the urge to order a pizza, finding out your local options shouldn't be too hard. These days, you can use search portals like Just Eat, Deliveroo or Hungry House, all of which should list high-quality pizza places near you. Check the ratings and reviews before you order though, as sometimes lower-quality establishments can slip through the net.

Before you order, check for discounts at HotUKDeals as well. Just Eat and Hungry House both offer voucher deals on a regular basis, some of which entitle you to 25% off all orders. But it might be better to order directly with pizza restaurants. Sometimes, their own deals will trump delivery portals, so be sure to double check on HotUKDeals to see whether Domino's or Just Eat are the best way to save money.

What About Store Bought Pizza?

Pizza has been a common sight in UK supermarkets for decades, but it hasn't always been of the highest quality. However, this is all changing. As the market for artisan pizzas grows, supermarkets are cleaning up their act, offering imitations of the real thing and spin-offs from the most popular restaurants.

For instance, Tesco sells Pizza Express' popular range of pizzas (along with other brands like Dr Oetker), and most supermarkets will offer a more upmarket chilled range. The differences can be quite large, so if you get the chance, go for the premium option.

The short answer to this is no, not really, but that's not the whole story. Pizzas from merchants like Domino's or Pizza Hut will usually be pretty calorific (sometimes 2,000 calories in a single pizza). Their fat content and sugary bases can also be fairly unhealthy, which is why takeaway pizza shouldn't be eaten on a daily basis.

However, does that exclude all pizzas from a healthy diet? After all, pizza is basically bread with tomato and (most of the time) mozzarella, as well as a few other toppings. If you stick to mushrooms, vegetables, seafood and chicken, it doesn't have to be ruinous for your health. And, with the choice of pizzas without cheese, you can eliminate even more calories.

Pizza Express had another idea about how to make pizza healthy. Instead of changing the recipe, they cut out the centre of their pizzas and gave them the name leggera. The hole in the middle was occupied by a wholesome salad, adding a nutritious touch to the dish. Naturally, if you are a pizza fan, salad won't be at the forefront of your mind, but healthy eating fanatics might find leggeras a good option.

Can You Buy Vegan Pizzas?

Yes, vegan pizzas are becoming more widespread. It's always been possible to order pizzas without cheese, but great food hasn't always been the result. And, at the same time, Domino's are keen to point out that their dough contains milk, so isn't vegan friendly.

So it's a good thing that specialist pizzerias are stepping up to the plate and offering actual vegan pizzas. By skilfully using vegan cheese and juggling ingredients like pine nuts, olives and seaweed flakes, chefs can create incredible pizzas that contain absolutely no animal or dairy products.

Are There any Pizza Making Accessories for the Home?

What if you want to make artisan pizza in your own home? Well, why not? On one level, all you need is a rolling pin, a bowl, a floured rolling surface and an oven. But that's not the way to create genuine Neapolitan pizza. For that you might need some specialist equipment.

If you have an outdoor space, you're in luck. Manufacturers like La Hacienda and Firebox have come up with pizza ovens that are designed to be used outdoors. Some latch onto barbecues, while others are wood fired ovens with their characteristically rounded shape. Either way, with these devices, you'll be able to cook pizzas in a typically Italian style.

To do so, you'll need more than the oven. Try to get hold of a set of pizza paddles as well. They could be steel, iron or aluminium, but make sure they are large enough to accommodate your pizzas and that they have well insulated handles.

How to Save Money on Your Next Pizza Order

Whether you are thinking about scheduling a Pizza Hut order or booking a table at Franco Manca, there are some things to remember when buying pizza in the UK.

First off, takeaway deals are almost always plentiful wherever you live. And they tend to be temporary too. So check the up-to-date listings of voucher codes or 2-for-1 pizza deals at HotUKDeals for whatever pizza supplier you prefer.

Secondly, many deals are locally based too. Companies like Domino's will run national promotions and local promotions in parallel. Your local branch could offer deals that aren't available elsewhere, so keep an eye out for menus posted through your door: they tend to be a good place to find local deals.

If you are eating out, there's a good chance that Pizza Express, Café Rouge, Franco Manca or any other chain pizzeria has deals available. Check in with HotUKDeals before you book to see if there are any opportunities to save.

If you are thinking about setting up a pizza oven in your home, that's great. You can save money by shopping out of season for things like pizza ovens, which are usually seen as summer items. Check retailers like Argos or Tesco Direct around Black Friday for off-season deals.

Enjoy the UK's Finest Pizzas at Bargain Prices with HotUKDeals

Wherever you intend to order a pizza from, find the best possible price by shopping online. From massive family-sized pizzas at Domino's to health Pizza Express leggeras, and from chilled Tesco pizzas to artisan sourdough delights, you can save money on pizzas every day by shopping with HotUKDeals.