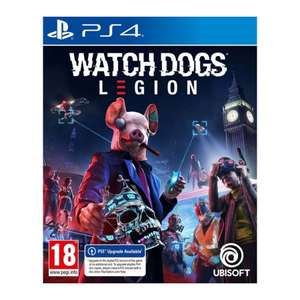 406°
Posted 16th SepPosted 16th Sep
Watch Dogs Legion (PS4 / Free PS5 Upgrade) is £6.95 Delivered @ The Game Collection£6.95£813% off Free P&P FreeThe Game Collection Deals
Has been lower, but with CEX offering an £8 voucher, this seems like a good price with minimal risk. Including the PS5 upgrade too (y) SUMMARY It is time to take back London, and an… 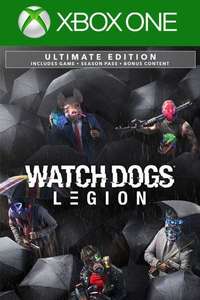 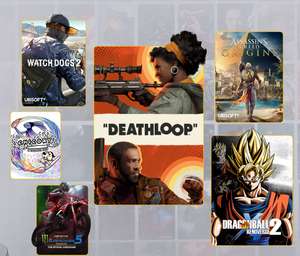 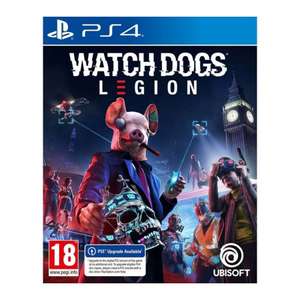 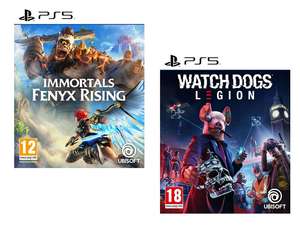 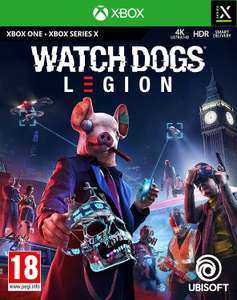 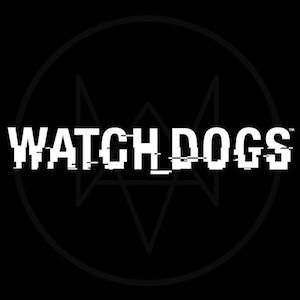 Watch Dogs was released in 2014, it was a commercial success and had a warm critical reception. The ability of the protagonist, Aiden Pearce, to hack the tech around him, and the huge variety of missions available, were especially popular. The plot is full of clever twists and turns but centres on Aiden tracking down the people who killed his niece.

Ubisoft Montreal began work on the game as far back as 2009, spending time in Chicago as part of their research. Ubisoft announced the title in 2012 with the intention of releasing it a year later, but the game mechanics needed tweaking so the date was pushed back to 2014. This generated plenty of attention for Watch Dogs and it went on to sell over 10 million copies globally.

Watch Dogs is famous for having more editions than the average game. The collectables, game content and packaging varies between each edition, along with the price. Unless stated otherwise, each of these versions of Watch Dogs is available for the PlayStation 4, PlayStation 3, Xbox 360, Xbox One, the Wii U, and the PC.

Some extra media related to the Watch Dogs franchise has already been released and more is planned. Here is an overview of what gamers can access now and what may be available in the future.

Gamers take on the role of Aiden Pearce, a hacker who finds out that the city of Chicago has installed a software system known as ctOS to spy on its residents. When his family is targeted by a gang of criminals, he uses his knowledge to find them and take revenge.

The game encourages players to treat combat situations like puzzles, rather than blasting in with all guns blazing. You’ll need to survey the scene, look for ways to outwit your enemy and hopefully escape without shots being fired.

Moving between scenarios usually involves calling for a vehicle or stealing one from an unsuspecting driver. This can quickly draw attention from the police and there are plenty of chases, both on land and water. You can boost your chance of coming out on top, by using your smartphone to manipulate the environment with a series of hacks. These will become more advanced as you move through the levels.

In terms of visuals, Watch Dogs is very strong. From downtown to uptown, and out in the wilds of Pawnee, Chicago is elaborately realised and there are numerous finishing touches that make it extra special. Carefully written menus in a lakeside café, sparkling water and churning waves, are all supplied with an expert hand. Unfortunately, despite the impressively rendered cityscapes, Chicago is not as richly imagined as it could be. The extra characters do show some reactions to their surroundings but often come off as wooden. Similarly, panoramic scenes featuring lots of city folk can look unnaturally staged.

Despite these minor gripes, Watch Dogs has well-implemented controls, quirky micro-plots, and a vast world of missions to explore. Even after you become accustomed to the novelty of hacking your way through the city, Watch Dogs has enough thrills and earnable bonuses to keep you occupied right to the end.

What Sets Watch Dogs Apart from Other Games?

The hacking feature of Watch Dogs is the game’s most distinctive element, it can be used to control the technological infrastructure of the city and give you the advantage in tricky situations. Here are some ways you can take control of a situation, as you hunt down criminals and escape from the police.

Watch Dogs is packed with content, so it needs a generous amount of storage space to function. Here are the minimum requirements:

For the Xbox One:

Watch Dogs received a relatively good reception from critics; at Metacritic, it has been awarded an aggregated score of 80 out of 100 for the PlayStation 4 version, and 78 out of 100 for the Xbox One version. However, the Wii U version has a more average score of 63 out of 100, with critics citing a low frame rate and lack of features when playing on the device. At IGN Dan Stapleton reviewed the game on each platform except the Wii U, he said that despite moments of over simplification, it was ‘bursting with intrigue’.

What Works and What Can be Improved in Watch Dogs?

Watch Dogs is an entertaining entry in the action-adventure genre and it looks incredible. However, some aspects of the gameplay have been less well received, so here’s a list of the game’s pros and cons: 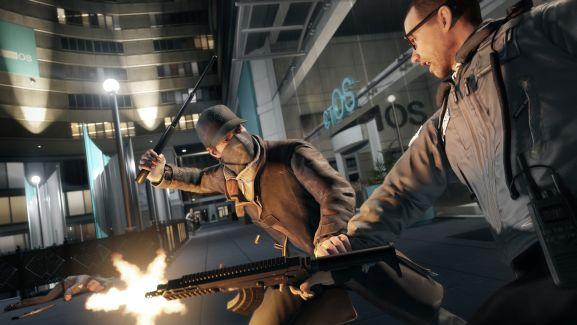 Where and When to Shop the Best Watch Dog Deals

The various editions of Watch Dogs are available to buy from GAME, Amazon and Argos, along with many other gaming stores. Some versions are also available as a download from major digital retailers like Microsoft and the PlayStation Store if you would prefer a virtual copy.

The period just before Christmas is always a good time to shop for games as stores create discounts to attract people buying gifts. New Year, summer, and bank holiday sales at stores like Asda and eBay can also provide great deals on established games like Watch Dogs. In past years on Black Friday, retailers like GAME, Tesco and Amazon have presented price cuts of up to 40% on games as part of the event.

Gamers looking for the cheapest place to buy Watch Dogs can check in with the game’s page at HotUKDeals. Here, we bring together all the freshest offers and then publish them in one convenient location.