All Assassin's Creed Discounts, Offers and Sale - May 2021

If you look on the game website, find assassin's creed Valhalla on PS4 then select edition ultimate it comes up as £34.99 when you check for stock in your area, so should be that price in all stores that have any available :) I'll be checking mine tomorrow &#x1F601;

The manager in that store was so weird. I walked in once and he was teabaggin' a master chief cardboard cut out that was laying on the floor. I walked in, our eyes met and he had a massive smile on his face while doing it and I turned around and walked out. 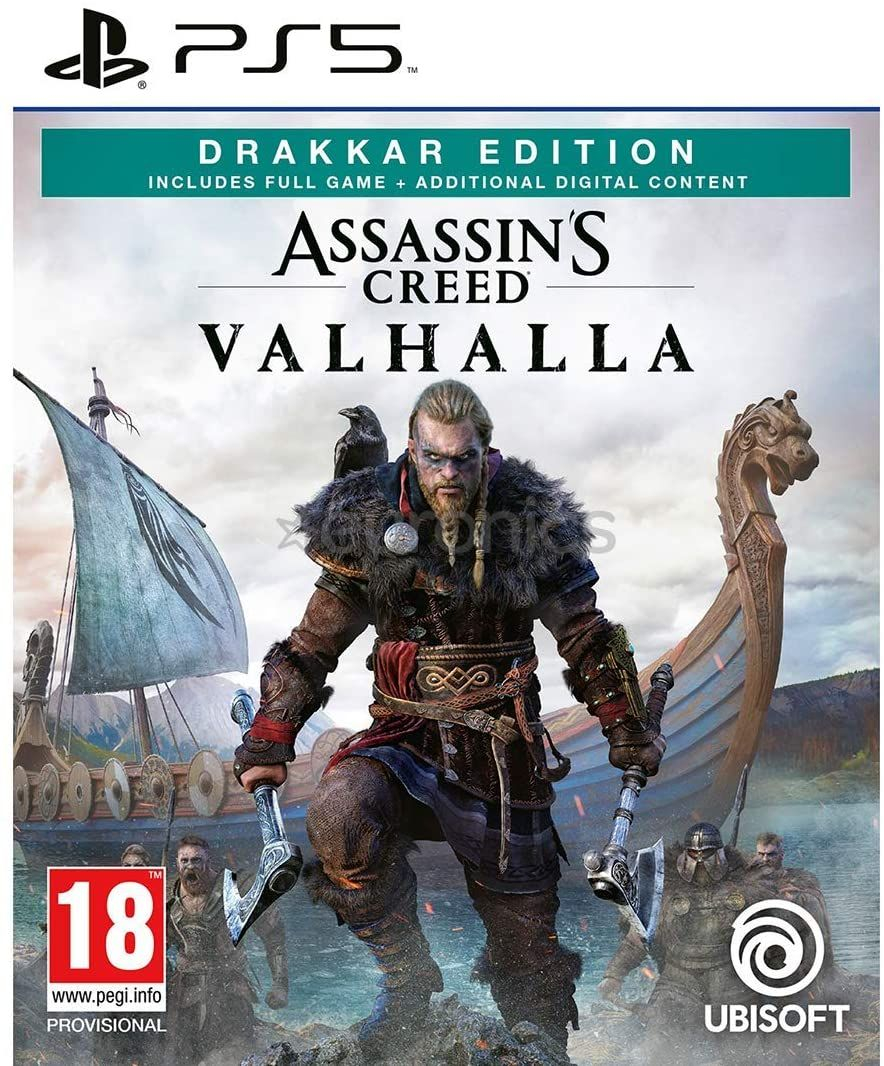 Has this come on sale on the UK psn store? 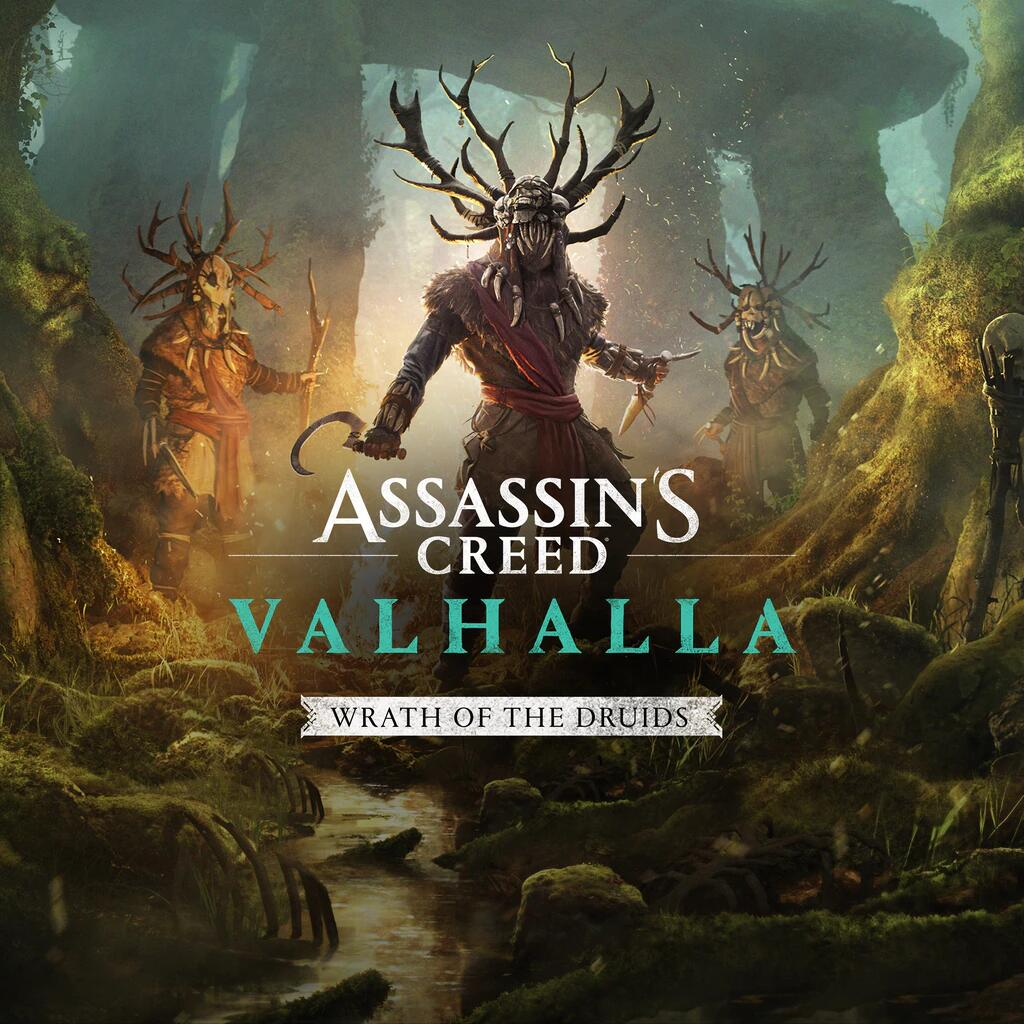 I've done this with other packages and never saw the free content appear on my account. When I chased it up Amazon and Ubisoft spent most of the time blaming each other. I still don't have my free stuff. :(

:D Odyssey is taking me forever to do. I think origins was much better and didn't take forever

As CAL23 highlighted, you can claim this even if you don't yet own Valhalla. 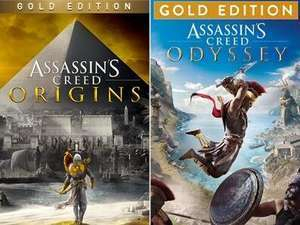 Very tempted, platinumed both on PS4 however if they get fps boost then I might double dip!

Amazing price, recently finished Origins without DLC and haven't set up a Brazillian account, so tempted ;( 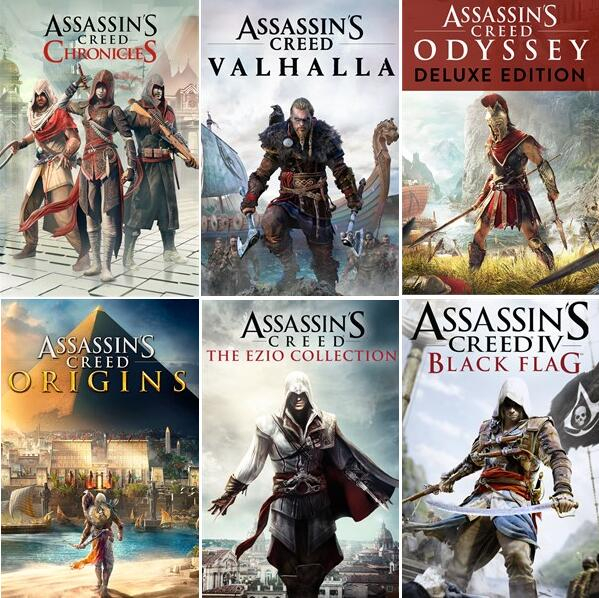 Assassin's Creed Origins Season Pass is R$39.60, down from R$99. Good price for all the extra content. 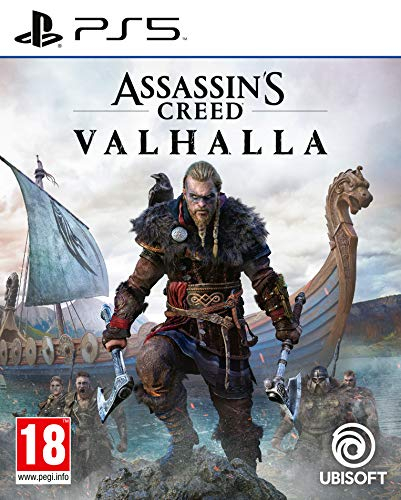 Ubisoft are releasing further content for Valhalla 13th May - Ireland is being added!

I would say Witcher 3 is a bit slower alright. More methodical. I've only started Valhalla, but I found Odyssey enjoyable for the pure flashy combat. But I found the witcher's to be better I think. Even at a high level, you had to choose when to press an attack or when to block. Time it well though, and it felt pretty cool! (embarrassed)

The combat for me was very dated amongst various other things

Assassin's Creed debuted in 2007 and quickly became a landmark game for PlayStation, Xbox and Windows. Created by Ubisoft, a company that also made Watch Dogs and Rainbow Six, Assassin's Creed was one of the first modern first-person RPGs to make stealthiness the major trick of its gameplay. Surely fighting is important for budding assassins but hiding and moving without getting caught is vital for survival.

The game was realized by Ubisoft but the idea behind the storyline derives from Slovenian author Vladimir Bartol. Bartol wrote a novel called Alamut in the 1930s criticizing Fascism and it is set in the Crusades period. Inspired by the novel, Ubisoft's game designers centered the game around the theme of freedom vs authoritarianism.

This storyline combined with sombre aesthetics proved to be a big hit. Its success encouraged Ubisoft to develop further sequels, with major releases occurring almost every year. As of 2017, there are 19 Assassin's Creed games and this won't discontinue anytime soon. With "Origins" set for a release in the late 2017, Assassin's Creed fans have something exciting to look forward to. 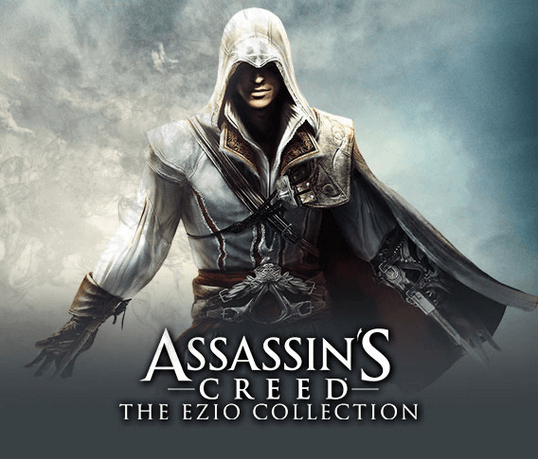 Assassin's Creed takes gamers on an unprecedented journey through time, as they take control of historical assassins from the Crusades to the modern era.

The core theme of the story is a battle between two secret societies: the Knights Templar and the Assassins. Both are based on actual groups, while they, as far as we know, never got into a conflict. However, for the purpose of a more exciting storyline, they are put in a secret battle for supremacy.

In the games, each society has a distant ancestral relation to a species pre-dated humanity (frequently referred to “those who came before”). The series' chronological setting begins in 2012, where the Knights Templar secretly runs a global conglomerate called Abstergo. Abstergo develops a device called "Animus" that allows its users to relive and play the role of their ancestors through virtual reality. Through the "Animus" users, the Templars seek to find historical artifact with great power called the "Pieces of Eden". They believe that they can control the free will and unify the humankind. Meanwhile, the Assassins are in support of anarchy and opposed to the Templars' vision.

To take possession of the Pieces of Eden, Abstergo kidnaps modern-day people whose ancestors were powerful figures and forces them to use the Animus, hoping that they will provide clues to get the artifact.

The character the player plays is one of those abducted people named Desmond. Desmond is taken by Abstergo but later rescued by the Assassins and agreed to work for the Assassins by continuing to use the Animus to find the Pieces of Eden. This triggers Desmond's adventurous mission where he relives the experiences of multiple assassins, from the Crusades to the American War of Independence. 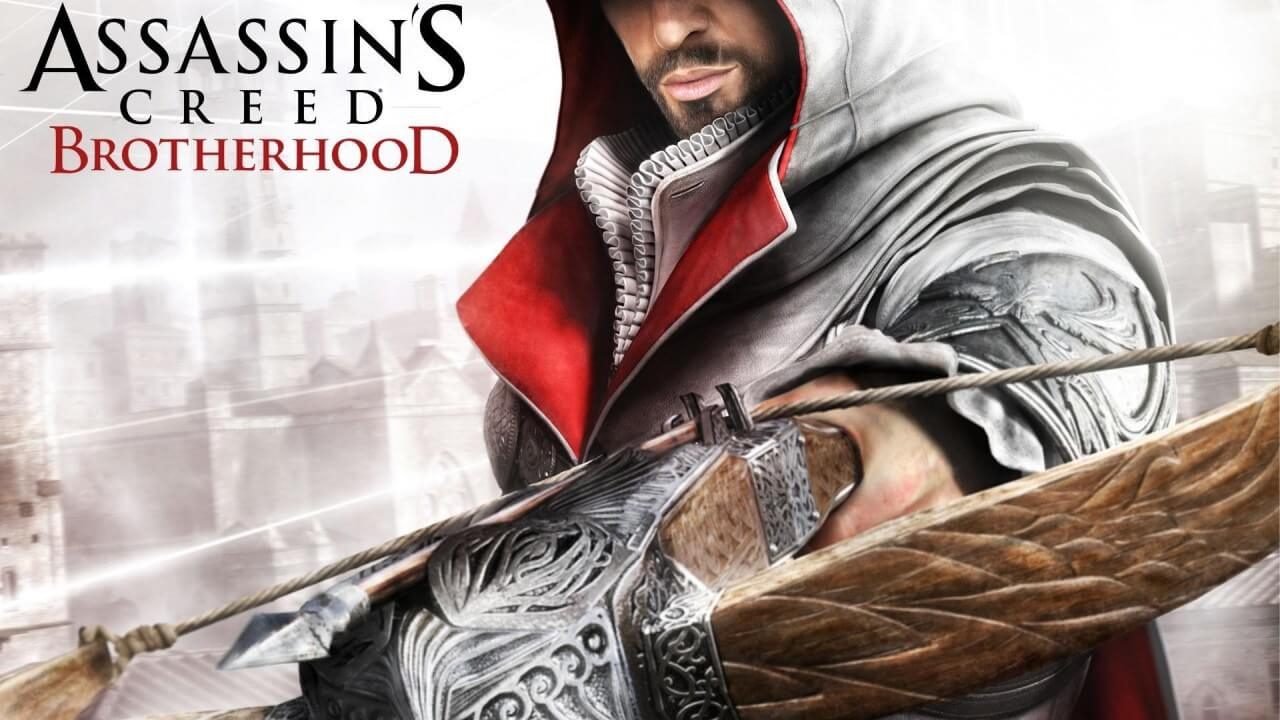 How Does One Play Assassin's Creed?

When playing Assassin's Creed, you get to play the role of Desmond as he explores different worlds through the Animus, meets other characters, fights enemies and completes quests. You will be given pre-defined missions, which include killing a ruler, stealing an item using Desmond's stealth skills or mapping out cities.

The Animus acts as the central control console. You can use it to keep track of Desmond's health and skills, as well as inventory. It also allows you to go back to different checkpoints and to save and restore your game as required.

During the missions, Assassin's Creed requires Desmond to perform a unique blend of skills. Many of these challenges involve evading guards and blending in with the surroundings, adding a level of tension that you don't experience with many other games. There are also several combat challenges that will offer different kind of excitement. 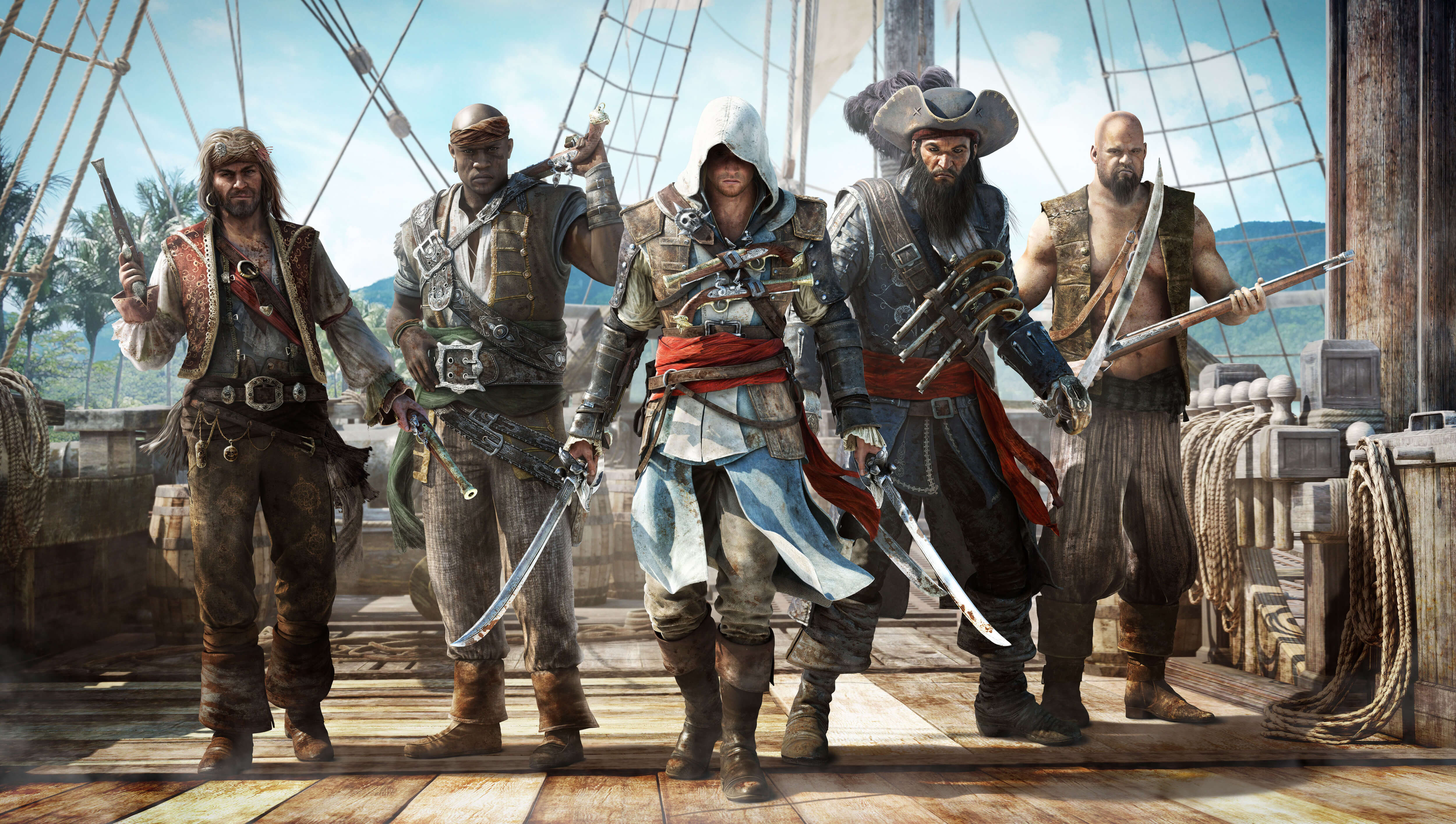 Starting out as the original Assassin's Creed in 2007, Ubisoft has already rolled out 19 separate editions and represents a big portion of the game market. You can find at least ten out of its 19-series games across all main systems and they are all worth a try.

The Assassin's Creed collection is huge and the costs for buying every single game can quickly add up. Then, how can you make a smarter purchase?

For starters, you can pre-order Assassin's Creed: Origins from the Ubisoft store, where you'll find a range of combo packages:

The difference in price between the Standard Edition and the Legendary Edition is big, so if you are a casual gamer and and a smart shopper, don't waste money on additional items like figurines and lithographs. However, if you are one of the Assassin's Creed's loyal fans, you wouldn't want to miss out on the combo deals that come with extra goodies. If the latter sounds like you, you can search for the cheapest possible Legendary Edition prices on HotUKDeals.

Origins is not the only option. Gamers can also purchase the earlier instalments of the Assassin's Creed series by picking up one of the collections available at Ubisoft. For instance, the Ezio Collection features all three of the Renaissance era editions that complete a saga. If you haven't tried the game yet, the Heritage Collection might be a better option for you, as it includes the first two games as well as the Ezio games. 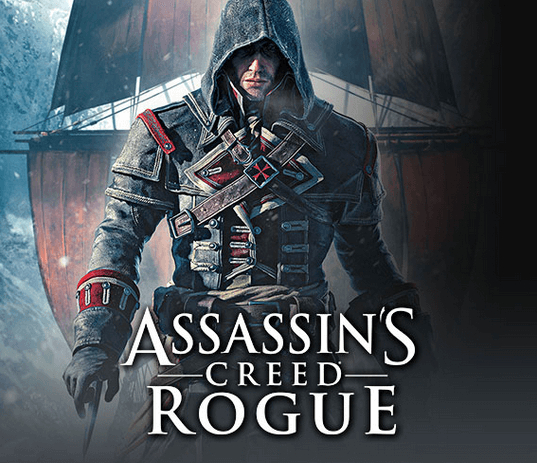 Assassin's Creed isn't just about gaming. Its complex storylines and unique characters seemed to be perfect for a movie and it became reality in 2016.

Starring Michael Fassbender, Marion Cotillard and Jeremy Irons, the film takes place in 15th century Granada, Spain, as the city's last Muslim ruler seeks to defend his throne. Fassbender plays a character named Calum, who plays the role of an assassin Aguilar, as he looks for the “Apple” - an artifact in Granada that is believed to have the genetic code for human freedom. The Templars competes to find it first, which leads to a dramatic battle.

Despite its huge production costs amounted to $125 million, the film grossed almost double its costs. It continues to gain profits from streaming sites and DVD sales. You can also watch it on Netflix, or purchase it on Blu-ray from HotUKDeals merchants like Amazon, Tesco, HMV or Zoom.

What Kinds of Assassin's Creed Merchandise Are There?

Assassin's Creed's fans can purchase a variety of merchandise to add to their simple game collection. These are just a few of the many products you can find on HotUKDeals: 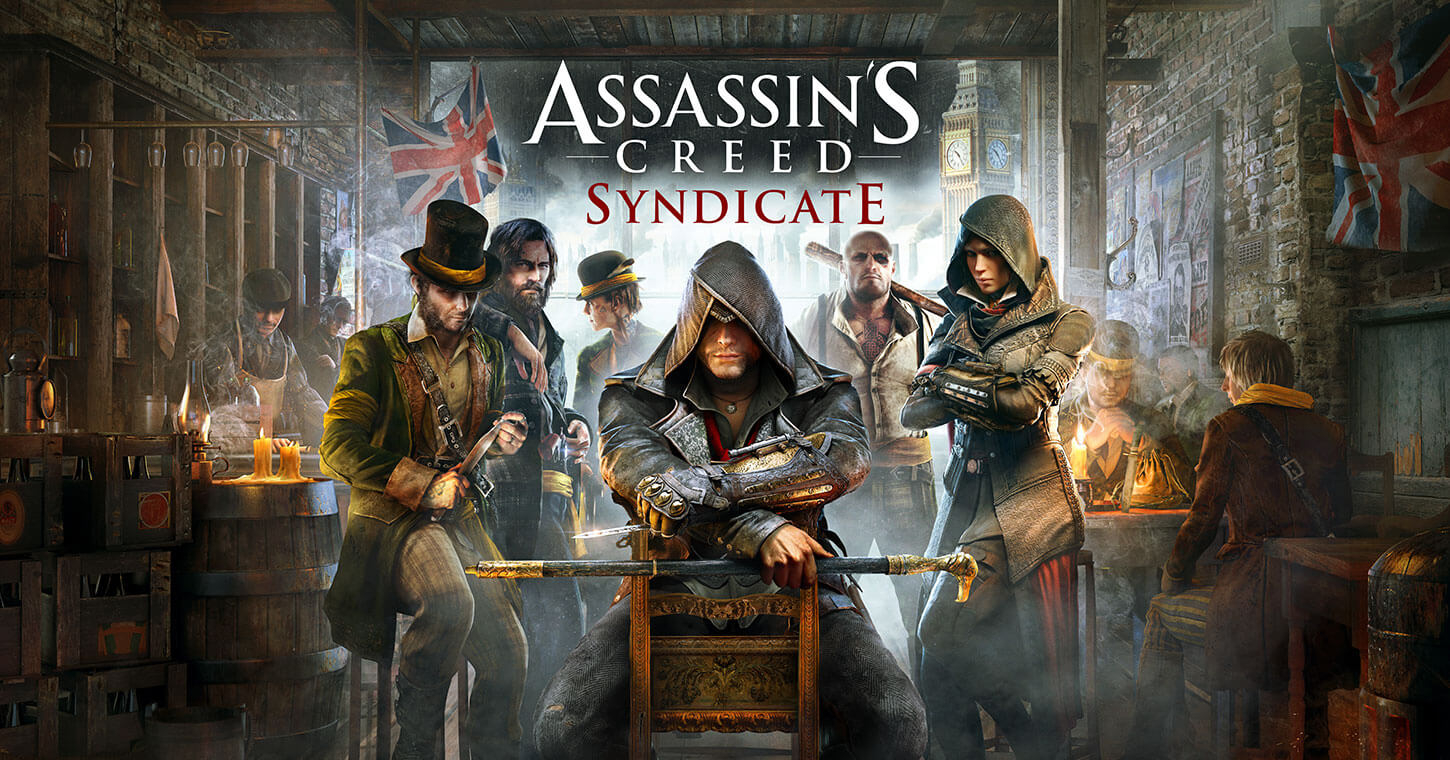 How and When to Get the Best Assassin's Creed Deals

Whether you are trying out Assassin's Creed with no previous experience of the game, or trying to complete your collection, you will want to do it with the cheapest possible option. Here are some tips that be helpful in finding the best Assassin's Creed deals.

First, check the Ubisoft website for sales as older Assasin's Creed versions might already be reduced in price. Sign up for the Ubisoft Club, which announces big discounts even on the latest sequels and merchandise.

However, there are more options than the Ubisoft Store. Ubisoft is unlikely to be the cheapest place to buy Assassin's Creed products. Instead, check out the Assassin's Creed HotUKDeals listings, where you'll find Assassin's Creed for PS4, Xbox One and Windows at a bargain from retailers across the UK. It's a great place to find pre-order deals for Origins or big reductions on the Ezio Trilogy. Because we collect all the deals from merchants like Tesco, Amazon, Very, Zoom, HMV and eBay, we never miss a deal. All you need to do is to search for the Assassin's Creed product you want and you will something that will save you money.

Shopping at the right time of the year can also get you some big savings. For instance, you are more likely to find great Assassin's Creed deals on the Amazon Prime Day. Black Friday in the end of November is also a good time to hunt for bargains, so remember to check back with HotUKDeals as the day approaches.

Nothing is quite as satisfying as following your prey and completing a quest on Assassin's Creed. The combination of strategic planning and unique challenges and settings continue to draw millions of fans across the UK. Gamers can save more on any of the Assassin's Creed series by using discount codes on the HotUKDeals page dedicated to Assassin's Creed.